ford has expanded its mustang family, bringing the famous pony into the electric age with mustang mach-E, an all-new, all-electric SUV. it marks the first time since the mustang name and badge has been used on a vehicle other than the two-door pony car since it debuted in 1964. 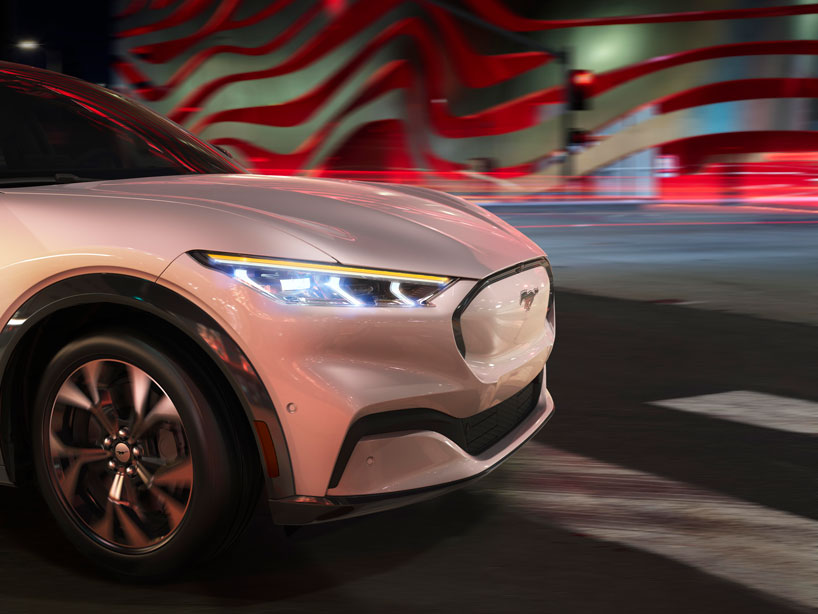 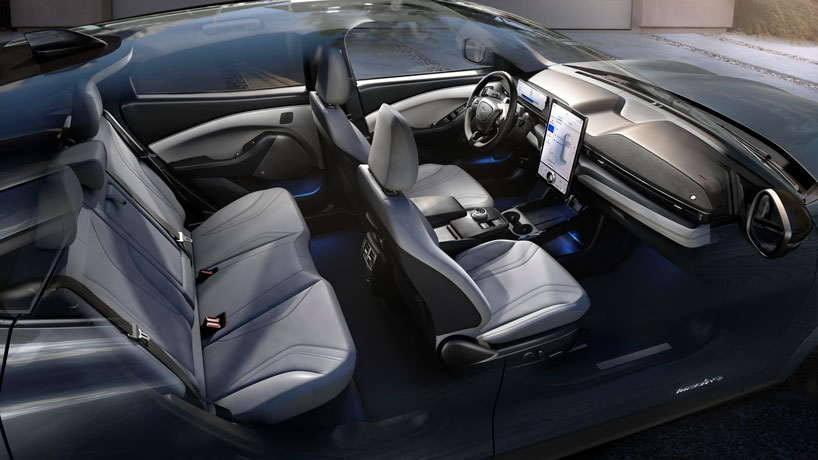 ford also will offer two special performance versions. the gt is targeting 0-60 mph in under 4 seconds, making it faster off the line than a porsche macan turbo3. the gt performance edition, meanwhile, is targeting a comparable 0-60 mph in the mid-3-second range to a porsche 911 gts.3 both gt configurations are targeting an estimated 342 kW (459 horsepower) and 830 nm (612 lb.-ft.) of torque. 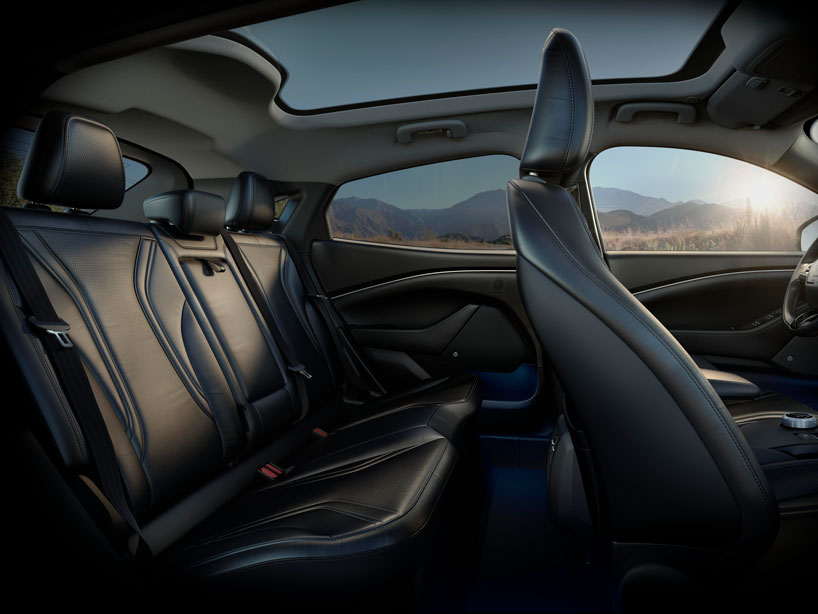 a new mach-E 4 all-wheel drive system is available that can apply torque independently to the front and rear axles to deliver impressive acceleration and improved handling over the rear-wheel drive model. using ford’s new all-electric architecture that places batteries inside the underbody, ford engineers and designers were able to create a vehicle that’s not only true to mustang but also maximizes SUV space for five passengers and cargo. 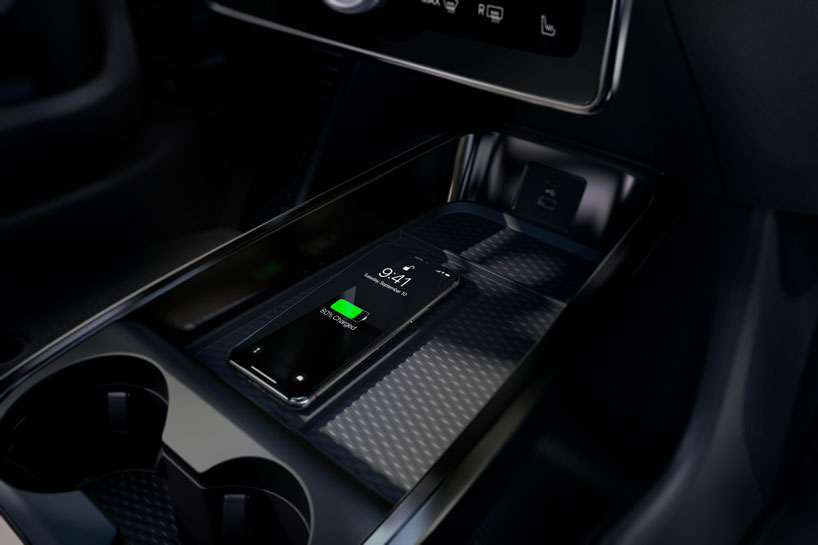 there’s also an all-new next-generation sync communications and entertainment system, a sleek and modern interface that uses machine learning to quickly learn drivers’ preferences, and gets even better over time thanks to advanced over-the-air updates. the settings can be controlled via the 15.5-inch screen and simple interface ditches complicated menus, making it easier to access features with touch, swipe and pinch controls that every smartphone owner will be comfortable using. 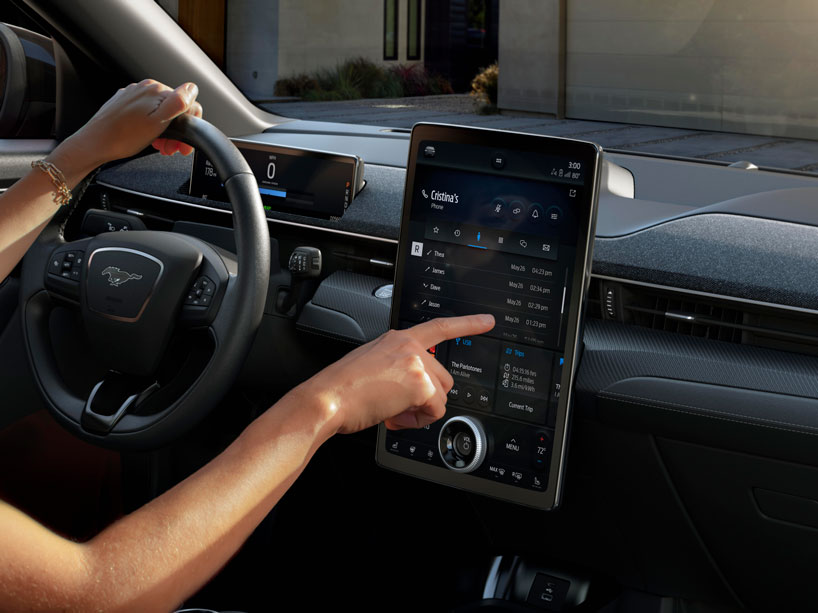 the mach-E is instantly recognizable as a mustang, thanks to signature elements such as its long, powerful hood, rear haunch design, aggressive headlights and trademark tri-bar taillamps. clever design and engineering delivers surprising rear-seat roominess and ample cargo space. providing 4.8 cubic feet of storage space, the front trunk is large enough to comfortably store the equivalent of a carryon luggage bag. 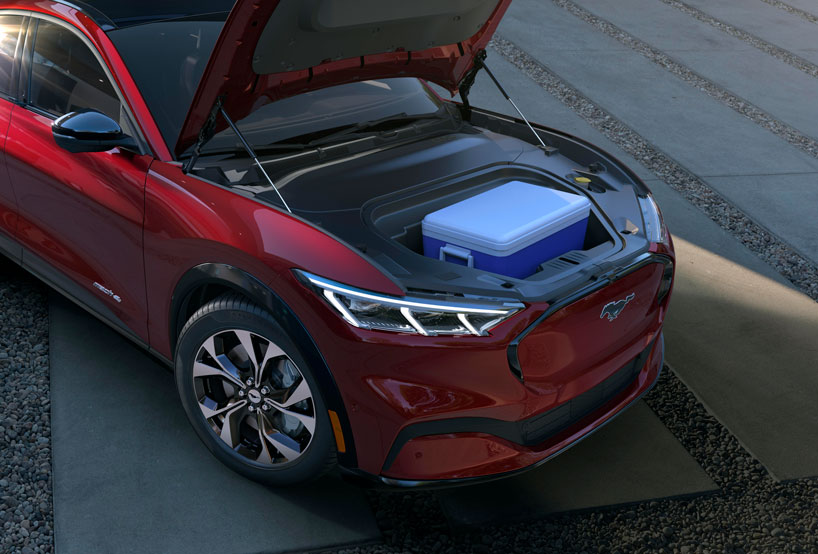 finally, getting in and starting the vehicle is easy and effortless with phone as a key technology, which makes its debut in the ford brand lineup in mustang mach-E. using bluetooth, the vehicle can detect customers’ smartphones as they approach, unlocking the mach-E and allowing them to start driving without getting their phones out of their pockets or using a key fob. a backup code can be entered on the center touch screen to start and drive the vehicle in the event a phone battery dies. 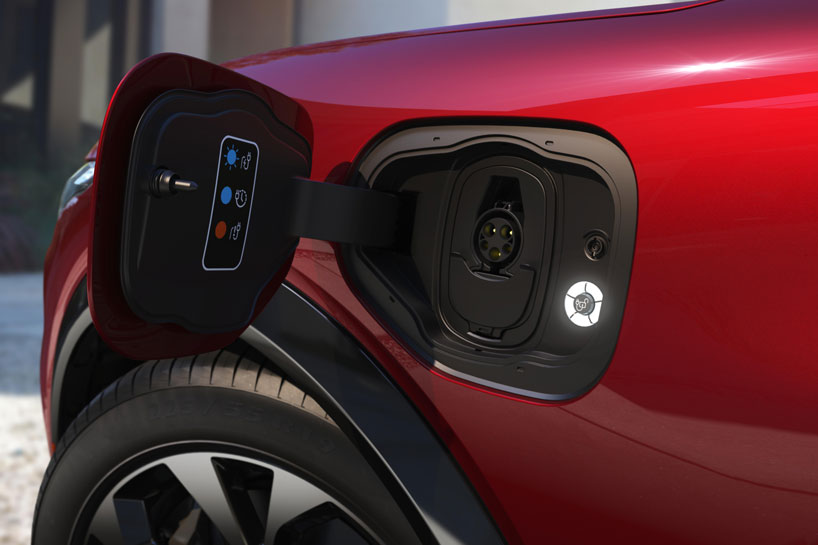 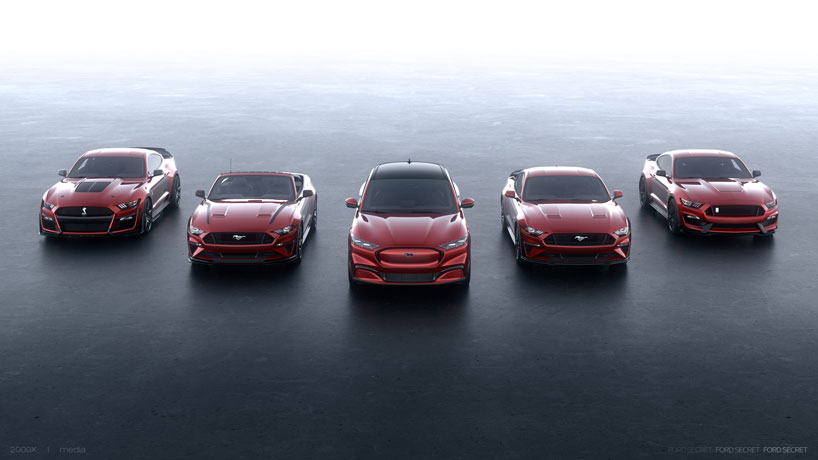 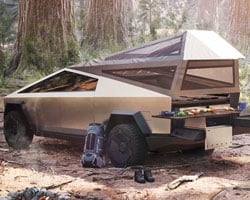 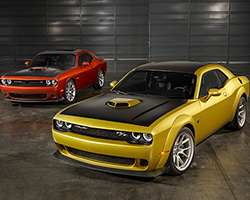 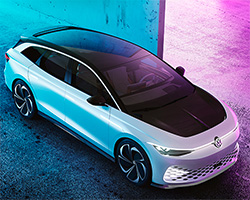