the term drones covers a very broad category of unmanned aerial vehicles (UAVS) that can be used for anything from military or commercial purposes to personal entertainment. unlike regular helicopters, quad-copters have two sets of propellers and companies have now taken this basic platform and have begun incorporating a range of new technology –  electronic sensors, pre-programmed flight patterns, and custom accessories. designboom highlights four various drone projects that focus on architecture and construction techniques that will change the shape of our contemporary landscapes. 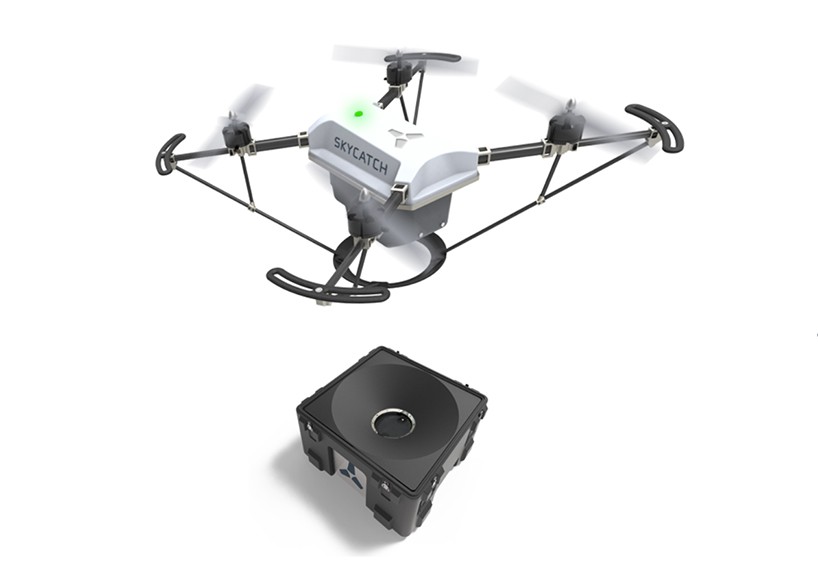 japanese construction company komatsu has teamed up with drone experts skycatch, to develop a construction platform using remote operators, autonomous vehicles, and drones to complete building projects. ‘smart construction’ uses skycatch’s drones to scan job sites to capture imagery and automatically generate it into highly accurate 3D site data. this data is then compared with 3D drawings of the site to automatically calculate the area and volume of earth to be moved. the results are transmitted as instructions to ‘smart construction’ machinery for fully autonomous work on the site.

future implementations include overlaying civil engineering plans onto drone captured 3D models, directly feeding data into the autonomous equipment, and using sensors to collect specific site changes as the machinery is digging and moving. ‘by having skycatch UAVs provide the 3D data on job sites, they can estimate the work amount and cost efficiently’, describes CTO of komatsu, fujitoshi takamura. ‘once we have efficiently planned the work amount, they can use the automated komatsu machines. smart construction can successfully plan the efficient system from the beginning to the end so the clients can save significant amounts of workload, time and costs.’ 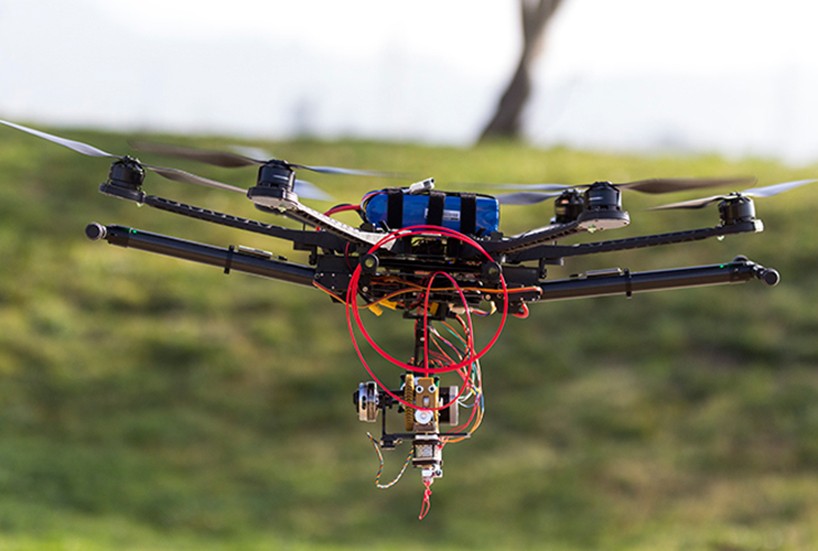 gensler’s los angeles office initiated a ‘mobile 3D printer’ project fostered from an observation of present day 3D printing technology and its limitations. the project is still in early stage development, but the team plans to create a fully functional unmanned aerial vehicle capable of 3D printing. the ‘MUPPette’ is a hexacopter proficient in providing three axes freedom as well as payload capacity necessary to conduct early testing.

PLA plastic was selected as the build material due to its light weight, availability of components and lower melting point. in the future, large-scale drones could be deployed to sites isolated from or limited by conventional modes of transportation to serve a variety of social or humanitarian purposes, as well as an autonomous workforce in commercial construction. 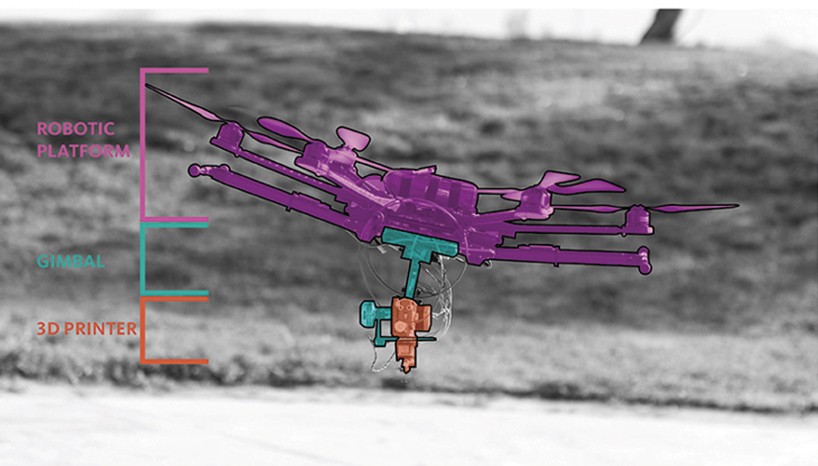 prenav’s commercial drone system is capable of precise, automated navigation in close proximity to cell towers and other vertical structures in order to capture detailed imagery and build accurate 3D reconstructions. the company has developed a navigation system that consists of a guidance robot on the ground and an aerial robot working in coordination of fly close to structures.

the ground robot scans the environment to build a map, then tracks and shares position updates with the drone, keeping it on course even when dealing with wind. to demonstrate the accuracy, prenav have installed LED lights onboard drones at specific times to make shapes and letters in the sky. the company believes drones are the best way to capture the necessary measurements to make any workflow possible. 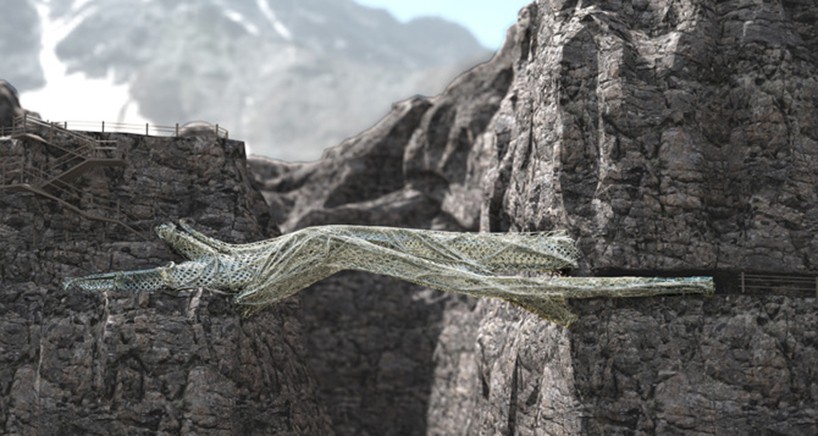 the team of students prototyped the system by digitally constructing a bridge between two cliff faces. the drone printing sequence was systematic, utilizing feedback information to inform the production of spatial structures that change in structural typology throughout the assembly sequence.