friendred’s digital trance performance titled ‘baptism’ explores shamanic practices of rituals, divination and healing. it presents an interpretation of the magical process of contacting spiritual worlds while in an altered state of consciousness. staged in an intangible dimension and with a focus on the practice of exorcism, ‘baptism’ represents three different stages of the shaman’s journey — ecstasy/trance, travelling and healing. 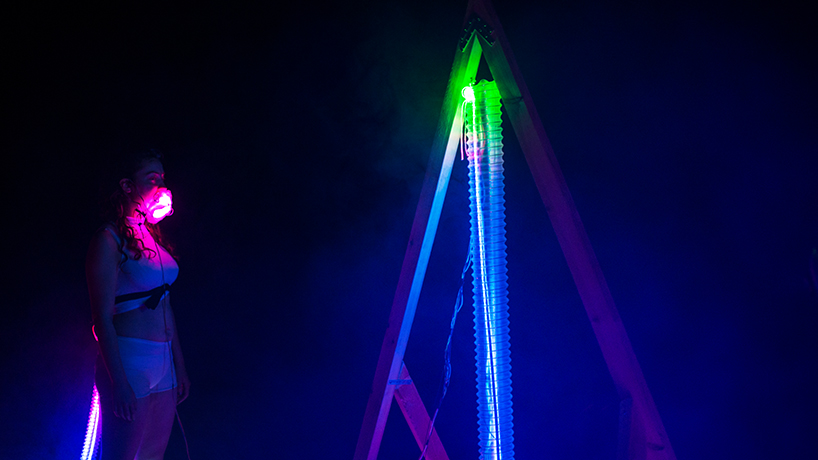 a shaman’s role is to make contact with spirits, to establish communication on behalf of an individual or society

london based visual artist friendred depicts in the first stage the process of entering a trance-like state in order to reach the other world. the shaman also known as angakkoq, must be careful because if he loses control, he risks losing his soul. the second stage represents travel. whilst still in a deep trance, the healer must journey to meet the ‘mother of the sea’ and her spirit helpers. they are the only ones who can approach the ‘mother of the sea’ during the ritual. the third stage symbolizes the retrieval of a patient’s lost soul from another world during a healing ritual. 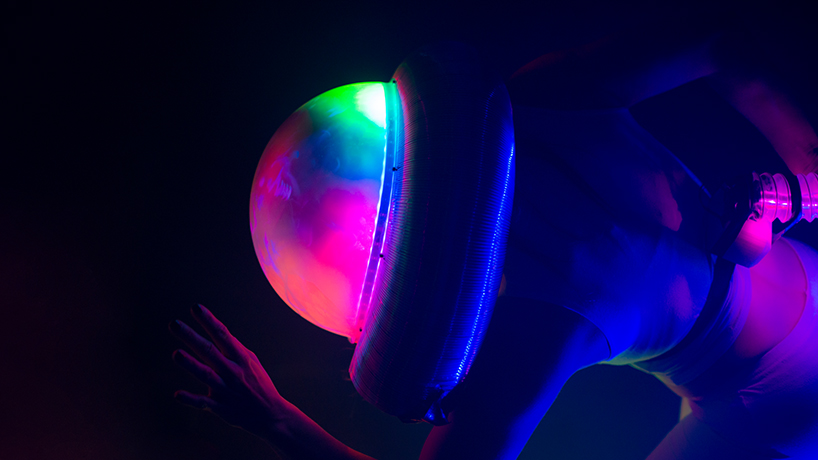 wearable technologies assist the performers in embodying the idea of transformation. high voltage, dimmable LEDs are controlled with IMU data collected from the performers movements. commanding body language is used to direct beams of light and create the sense of a feedback loop between the physical world and the spiritual world, using DMX and a kinect. these techniques, combined, create an immersive depiction of a new age ritual. the aesthetics and scenography of ‘baptism’ are outlandish, grotesque and vaporwave, creating a feeling of synesthesia within performers and spectators. 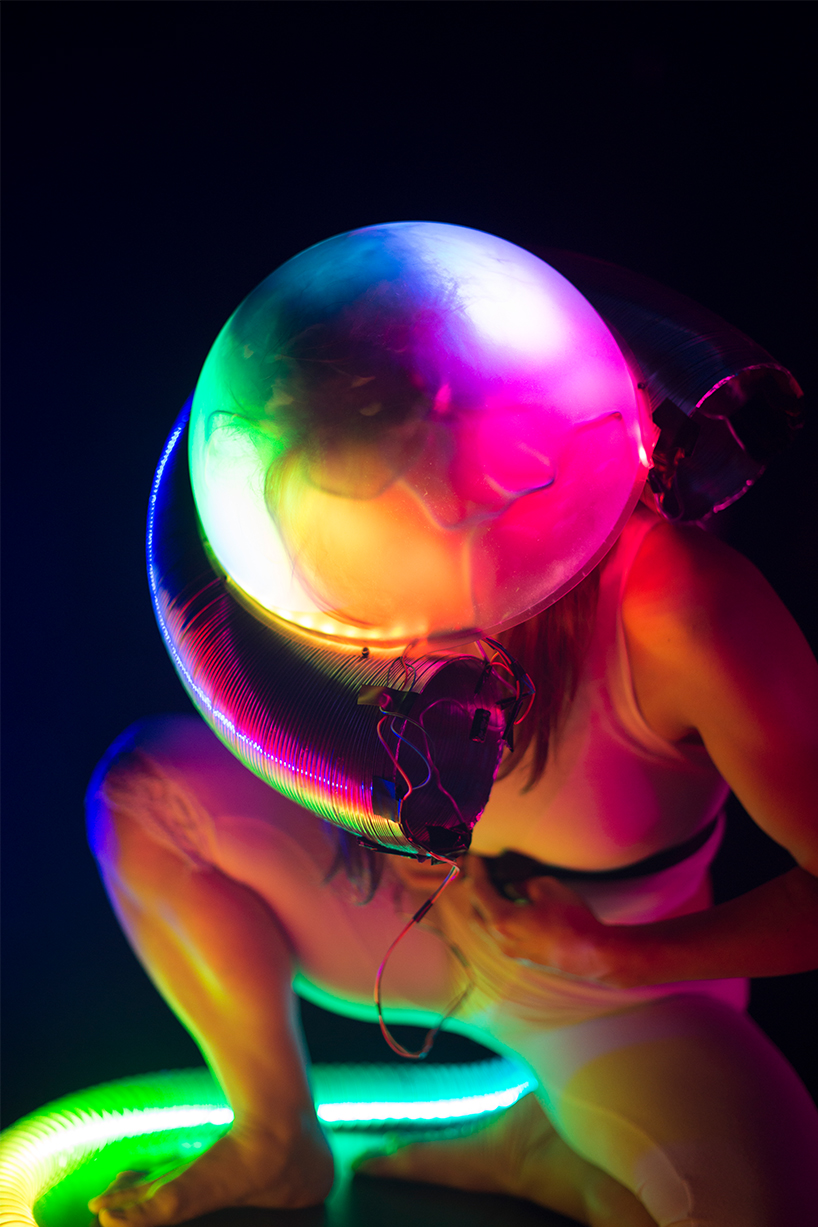 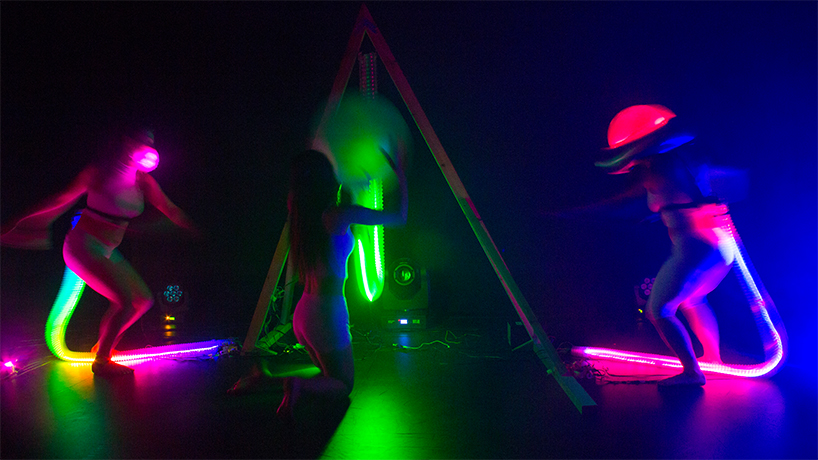 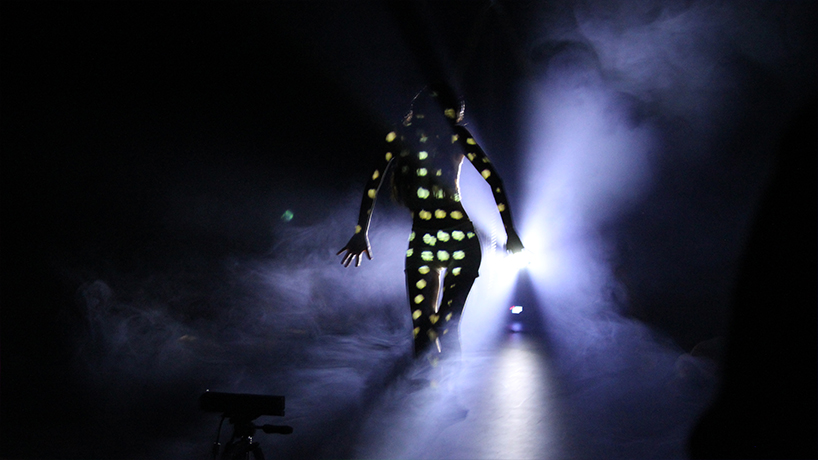 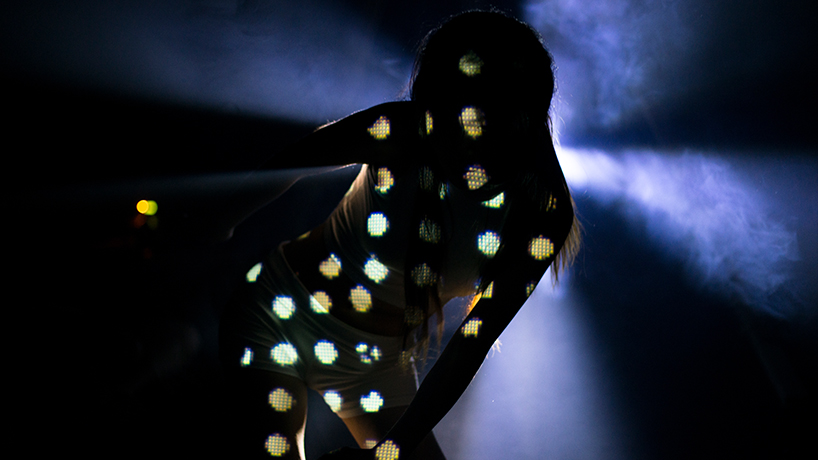 elements, such as dots and curved lines, are used to mimic the process of travelling to the other worlds 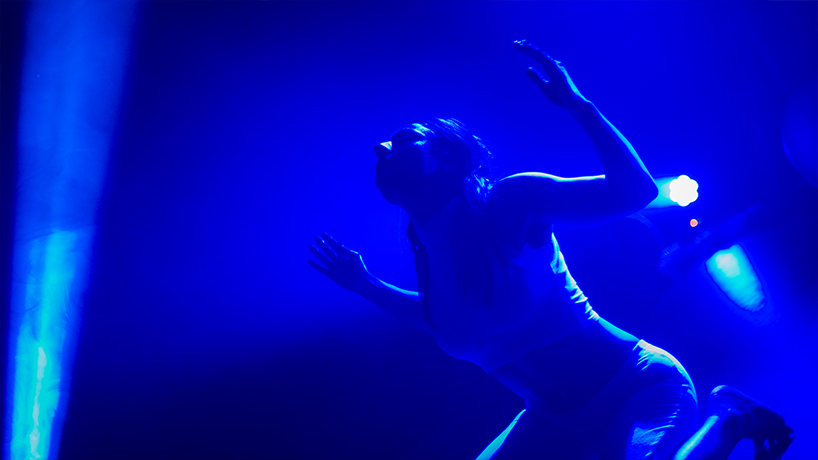 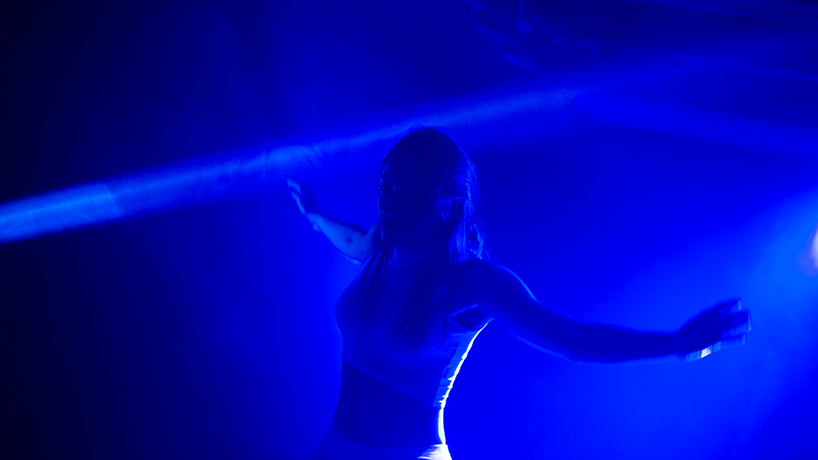 the soul must be retrieved by the angakkoq from the ‘land of the dead’, or it may go astray 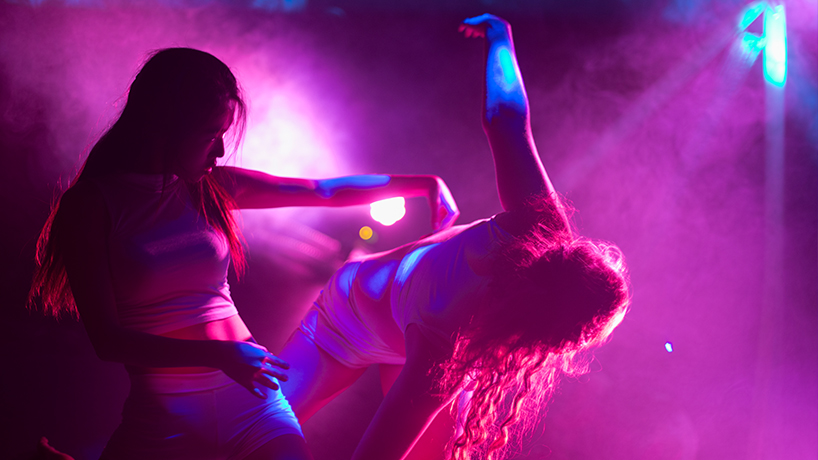 when a person feels sick, the shaman could seek advice 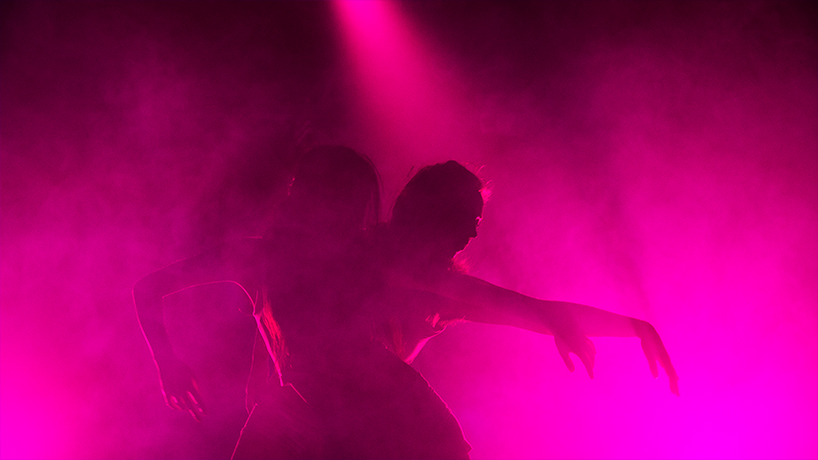 as if transported to the spirit world, he will communicate with spirits, who reveal the nature of the sickness 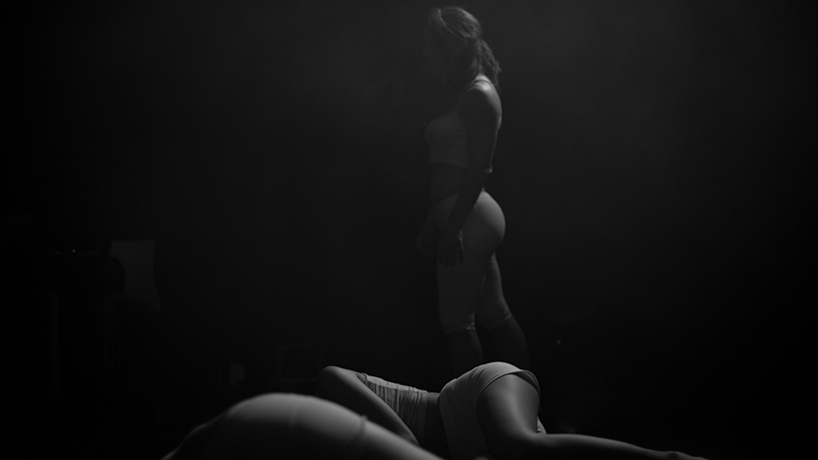 during the healing, the angekkoq’s mission is to bring the soul back or to repair the damaged soul 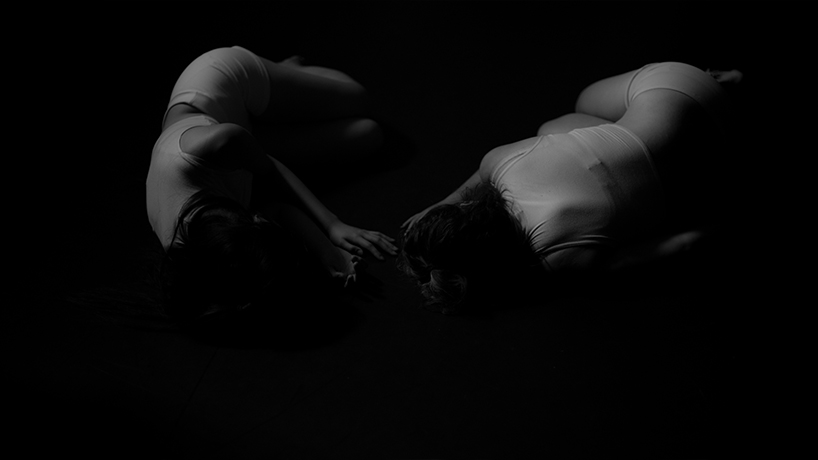 if the soul has been too badly damaged, then the person must die