known as children of darklight, spanish artist frodo álvarez has taken five drones to the sky to create a light painting depicting a man about to kick a soccer ball. the project was created in collaboration with creartys and UMILES and features a drone light choreography recreating the 40-meter-high football titan. 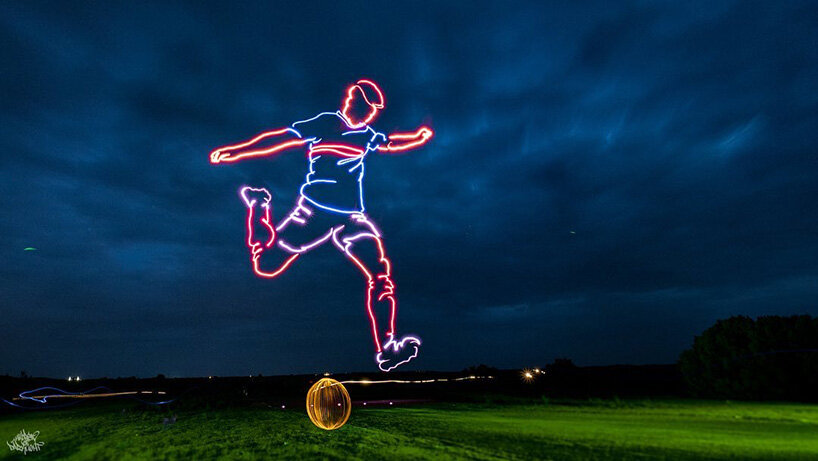 creartys first approached frodo álvarez who works with UMILES drone light show to design and light paint the sports image. ‘they did a great job programming the drones, so our photographic challenges were that we would just have four or five attempts to frame the scene, set the perfect orb size, play with depth and perspective — depending on how close or how far we were to the camera — and to have good exposure of the lights painted in the scene,’ álvarez told petapixel. ‘we only had four attempts because of the drone batteries and the curfew at 11 PM because COVID restrictions.’

each of the five drones was programmed to follow a light path. the grass was also illuminated in order to give a more realistic view. the first test took place before dawn, giving a real sense of the environment and the artwork’s massive size. the last attempt shows a cleaner ball but a very black sky as it was already dark. petapixel also reported the images were captured with an olympus OM-D E-M1 mark II fitted with an olympus 7-14mm f/2.8 pro lens. 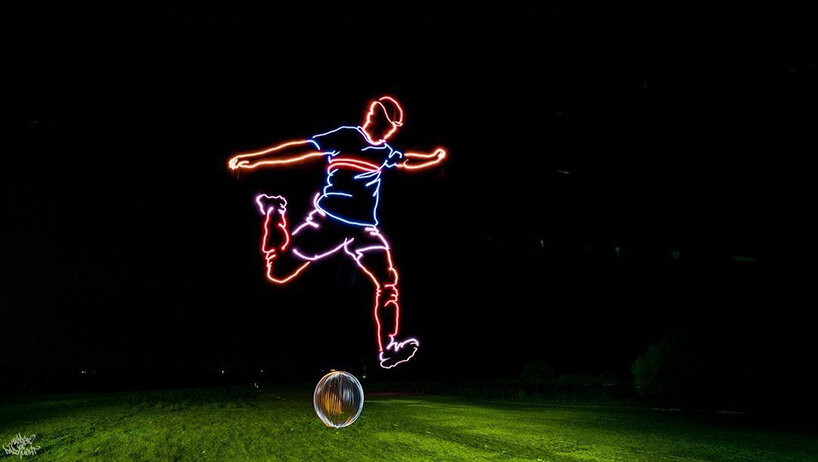 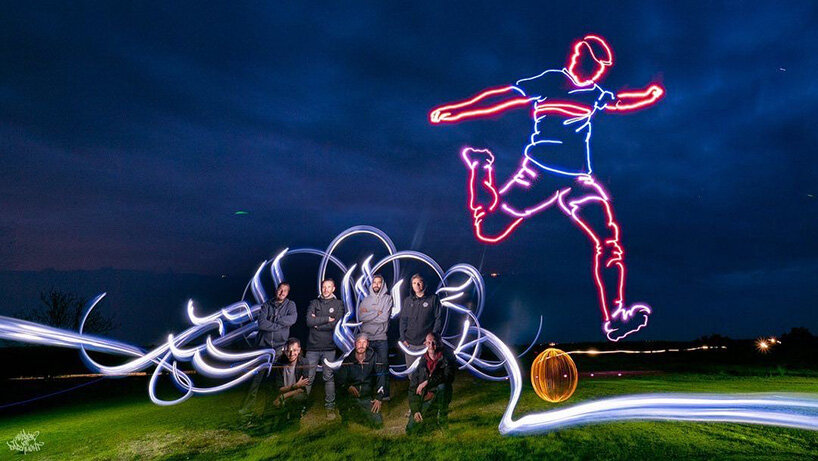 in collaboration with: UMILES and creartys