the phone can be separated into a display unit and a keyboard unit. a prototype of the handset, which was developed by fujitsu ltd, was exhibited in october last year at CEATEC japan 2008.

the units communicate data with each other via bluetooth. when the two units are attached the F-04B becomes a slide handset. when they are apart the keyboard unit can be used for typing, as a microphone, speaker device, game pad and the display unit can be used to watch movies, listen to music and watch t.v.

perhaps a major feature of the phone is the optional projector. with a capacity of about 800mah and brightness of 6 lumens users can project pictures, games and movies, which can be continuously operated for about two hours. the F-04B also comes equipped with a 12.2 megapixel CMOS camera. 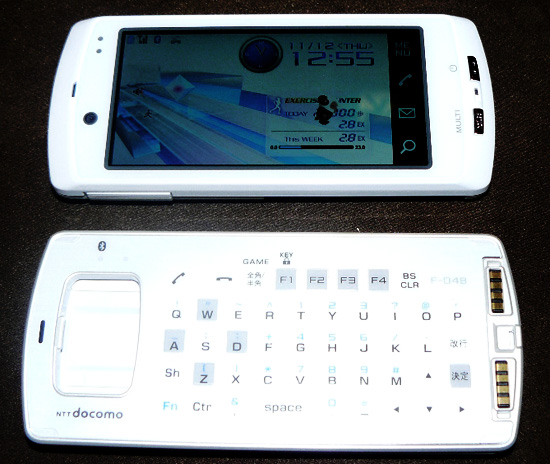 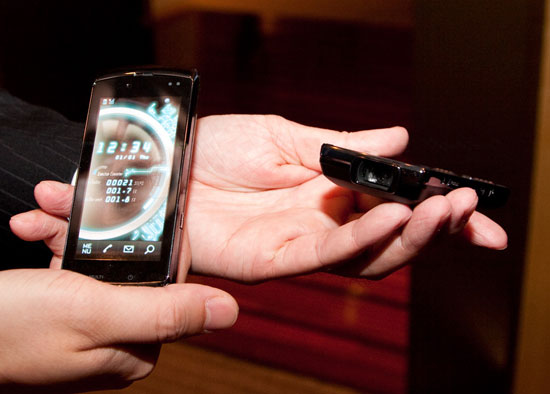 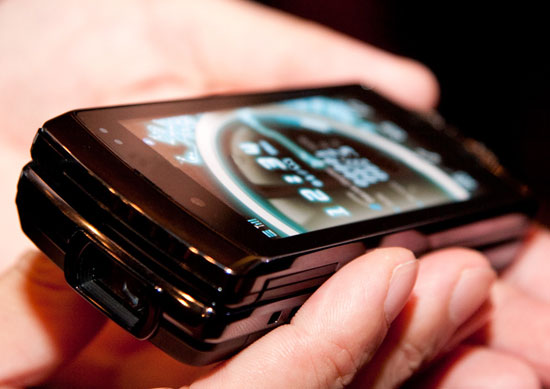 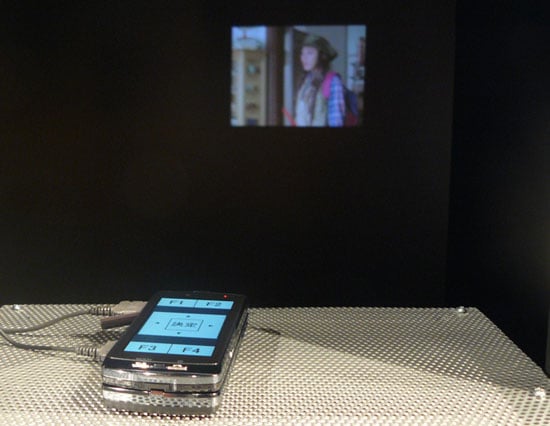 movies being projected with the keitai F-04Bwhen combined with a ‘projector unit’ it has the ability to project a movie or still image stored in the handset. 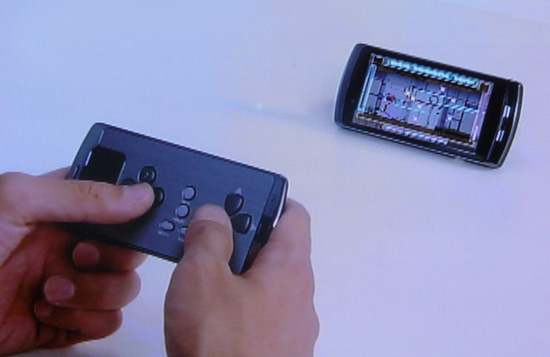 the concept model being used as a game controller

on november 12th, 2009 fujitsu ltd. held a press conference showing concept models of a game controller, piano keyboard, printer and scanner unit, however, they have not decided when they will release these. 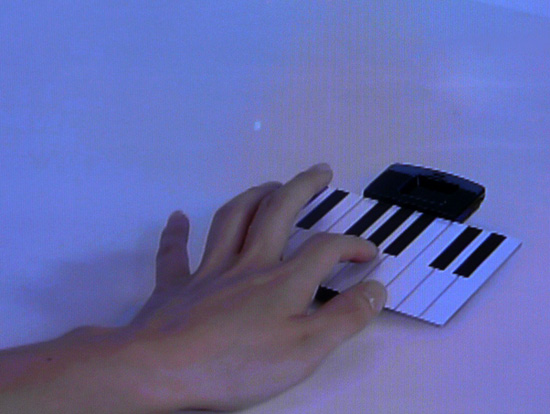 functioning as a keyboard 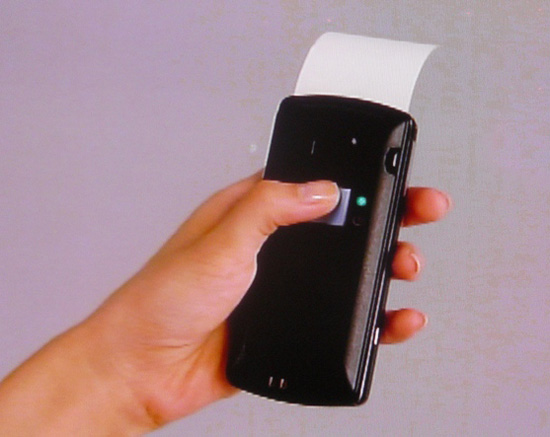 concept model of a printer 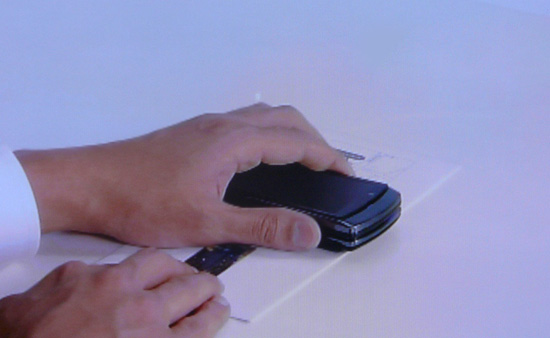 concept model working as a scanner

via akihabara via nikkei