the world’s first full-body scanner has produced its first images. called EXPLORER, the medical imaging device scans up to 40 times faster than current PET scans and can produce a 3D scan of the whole body in as little as 20-30 seconds.

EXPLORER combines positron emission tomography (PET) and X-ray computed tomography (CT) that can image the entire body at the same time. improvements over current imaging systems not only include faster scans but also the ability to scan with significantly lower doses of radiation. this is because the device is effectively up to 40 times more sensitive than current commercial scanning systems.

one of the major benefits of this is feasibility of conducting repeated studies in an individual, or dramatically reducing the dose in pediatric studies, where controlling cumulative radiation dose is particularly important. the higher sensitivity also allows clinicians to image certain molecular targets that are beyond the limits of current scanning systems.

the scanner has been developed by scientists from UC davis in partnership with shanghai-based united imaging healthcare (UIH), which built the system based on its latest technology platform and will eventually manufacture the devices for the broader healthcare market. the developers expect the technology will have countless applications, from improving diagnostics to tracking disease progression to researching new drug therapies.

‘the tradeoff between image quality, acquisition time and injected radiation dose will vary for different applications‘, explains simon cherry, from the UC davis department of biomedical engineering. ‘but in all cases, we can scan better, faster or with less radiation dose, or some combination of these.‘ 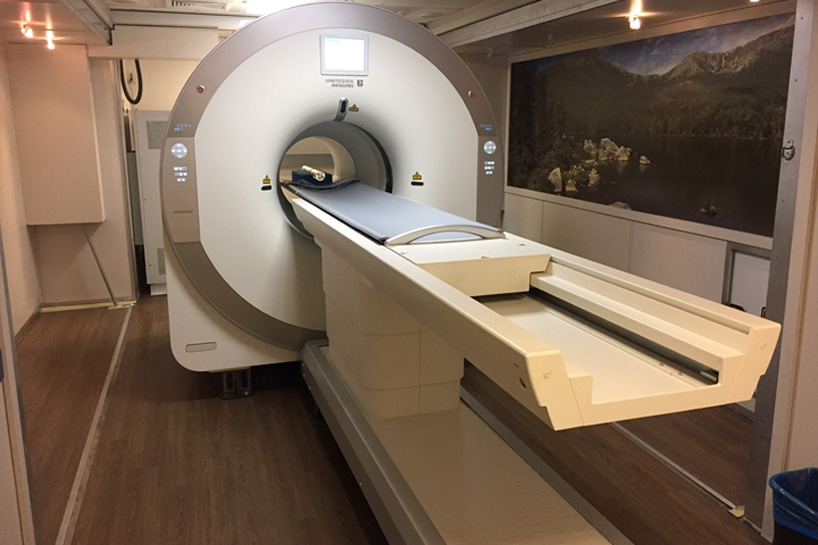 all images courtesy of UC davis

EXPLORER allows clinicians to evaluate what is happening in all the organs and tissues of the body simultaneously whereas with current PET systems, only single slivers of the body can be scanned at any one time. this means it could quantitatively measure blood flow or how the body takes up glucose everywhere in the body. researchers envision using the scanner to study cancer that has spread beyond a single tumor site, inflammation, infection, immunological or metabolic disorders and many other diseases.

‘the level of detail was astonishing, especially once we got the reconstruction method a bit more optimized,’ says ramsey badawi, chief of nuclear medicine at UC davis health. ‘we could see features that you just don’t see on regular PET scans. and the dynamic sequence showing the radiotracer moving around the body in three dimensions over time was, frankly, mind-blowing. there is no other device that can obtain data like this in humans, so this is truly novel.‘ 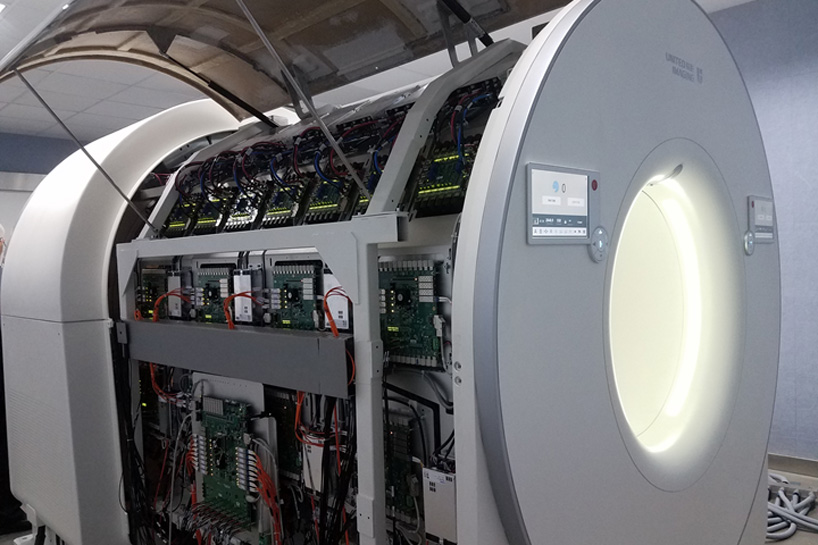 the EXPLORER is understandably advanced because of its jam-packed insides. the device employs nearly 2000 modular ‘block’ detectors, giving an axial field-of-view (FOV) of approximately 2 meters. the device is expected to weigh more than ten tons and to consume ~60 kW of power. running flat-out, it could generate 40 TB of data in a single day, using four to six racks of computers to process and store this data. however, this wont get in the way of the EXPLORER eventually getting a worldwide roll out.

‘I don’t think it will be long before we see at a number of EXPLORER systems around the world,’ cherry said. ‘but that depends on demonstrating the benefits of the system, both clinically and for research. Now, our focus turns to planning the studies that will demonstrate how EXPLORER will benefit our patients and contribute to our knowledge of the whole human body in health and disease.‘

the first images from scans of humans using the new device will be shown at the upcoming radiological society of north america meeting, which starts on nov. 24th in chicago.