melbourne-based entrepreneur steve sammartino and 20 year old romanian technology genius raul oaida have built a hot-rod made entirely of LEGO, which is powered exclusively with air. the project, entitled the ‘super awesome micro project’ features an engine constructed from standard LEGO pieces, comprising of four orbital motors and a total of 256 pistons. the full scale model car was put together with more than half a million LEGO bricks, and can travel up to 30 km/h (without exploding).

to see the LEGO hot-rod in action, see the video below: 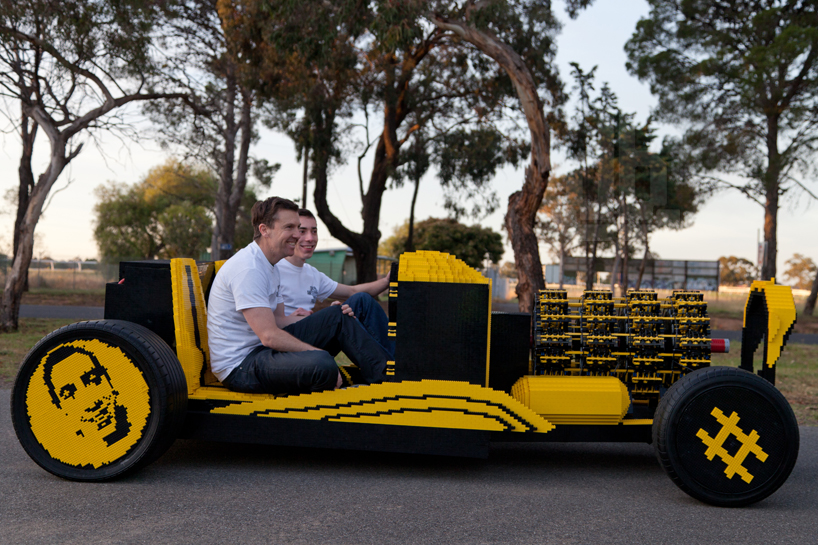 more than 500,000 LEGO pieces were used for its construction 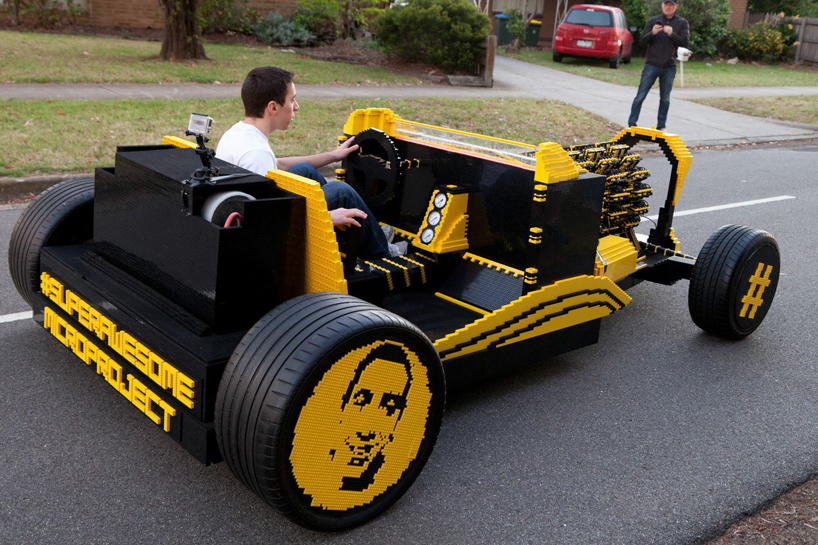 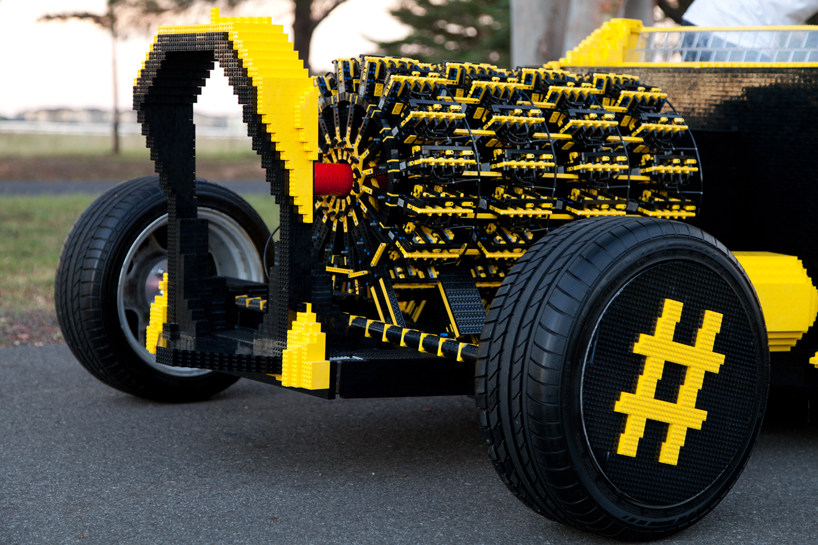 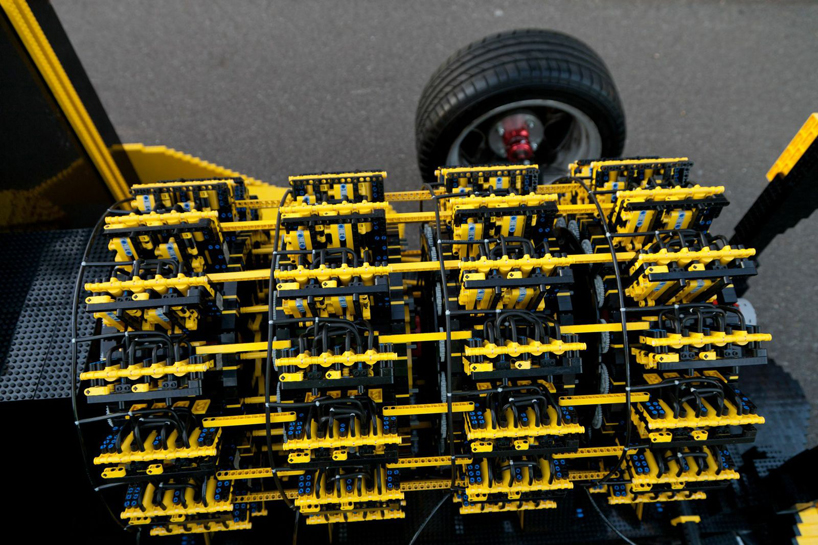 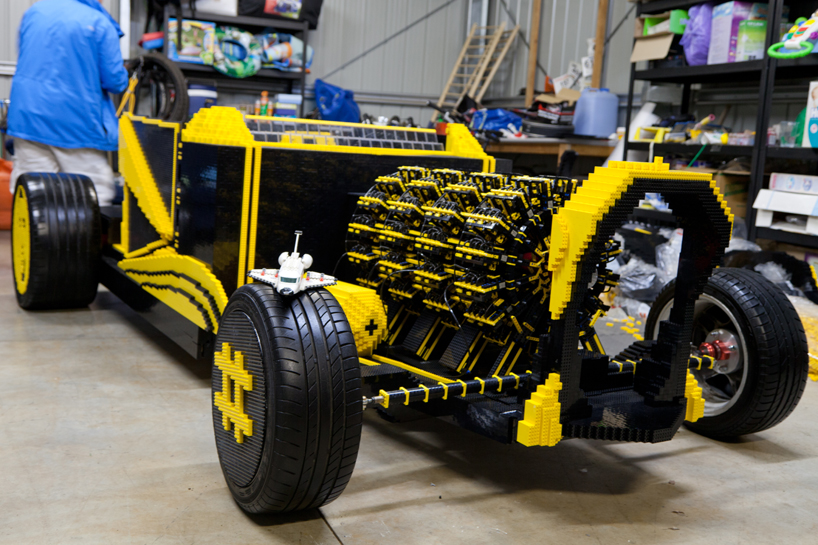 the hot-rod in the shop awaiting its first drive 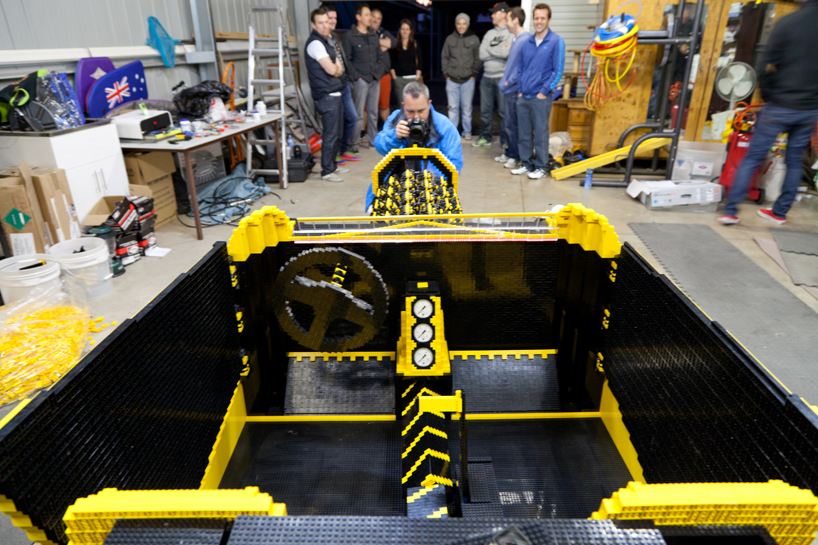 view of the cockpit