While smartphones get bigger and longer (just look at these rollable screens here), TVs seem to get smaller and tinier. TinyCircuits, makers of miniature and open-source electronics and toys, has created the second version of its TinyTV, an upgrade from its previous DIY project with more screen resolution, rotary knobs, remote control support, USB-C, and preloaded movies.

While the first version is for patient makers – it comes as a DIY kit, just to note – the upgraded ones are loaded with videos and already assembled right out of the box, so users can just immediately stream movies on the go. Their palm-sized bodies fit the hands so well that users can bring them anywhere and stash them in their pockets without any problems.

TinyCircuits still give users a chance to load their own videos, in case the preloaded ones are not their cups of tea (also, they can also watch from these functional miniature TVs while they are drinking mugs of teas). The new Tiny TVs have a dedicated USB port, so users can just plug them into their computers and load their favorite videos.

They might need to convert the videos first, but the company has got its users covered as the manual informs them how to do it. If the texts are too long there, they can always hop on search engines to quickly fire up the instructions. No worries if the users forget their headphones. The functional miniature TVs have speakers that blast the volumes of the movies they are watching (just be aware of the kind of movies being watched, okay?).

Are there any new features?

Time to talk about what’s new in the TinyTVs from TinyCircuits. Other than fitting in the palm of the hands, TinyTV 2 has a bright display this time compared to its DIY counterpart. Two rotary knobs are waiting for the user to play with or control the channels and volume selections.

There is also an infrared system inside the functional miniature TV that receives signal from the included remote control. The speaker is located at the front part. If users are worried about the size of the movies they want to load on the TV, the company hopes that the built-in 8GB microSD can accommodate their needs of up to 10 hours of videos.

Unlike smart and flat-screen TVs these days, TinyTV 2 is enclosed in a sturdy plastic case with a built-in rechargeable battery. Push it off the table, and it looks like it will still survive (fingers crossed). Some users might want an even smaller size than the TinyTV 2, and TinyCircuits is already one step ahead of them.

The company has also introduced TinyTV Mini, which is so small it is comparable to a size of a grape. This tiny TV packs a punch though with its bright OLED display that projects HD moving images. It has almost the same features as the Tiny TV2 aside from the display and the power, channel, and volume buttons on the top of the case. 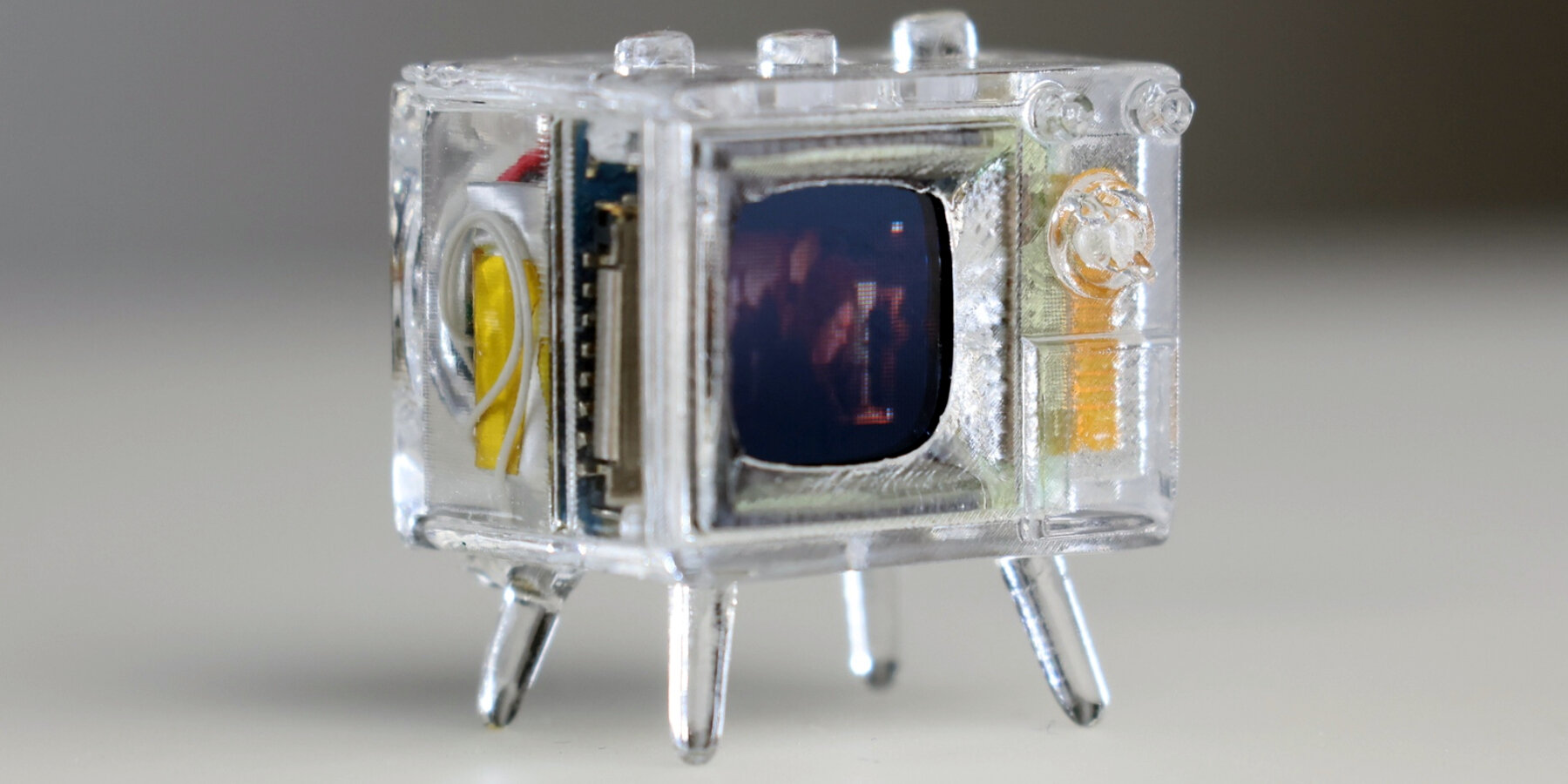 functional miniature TVs get even smaller for fun-sized movie streaming

Users can customize their own videos

Talking about uploading their own videos, TinyCircuits offer an easy-to-use video converter to its users that can be used on different operating systems to convert standard video types to files that can be played on the TinyTVs. To add fun to the conversion, users can also customize effects like static and video looping using the company’s program.

Users just need to plug in the cable into the computer, convert the videos, copy and paste – as usual – then the video will appear as a channel on the Tiny TVs. To watch it, they have to use the rotary knobs for the Tiny TV2 and one of the top buttons on the Tiny TV Mini. They can also use the infrared remote control. 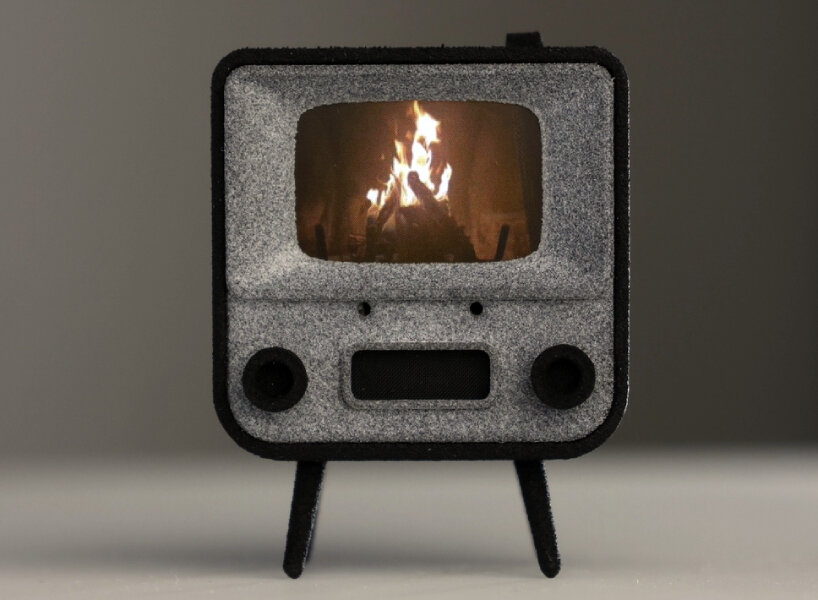 Users who dislike big screens while they are watching movies or even working online can use the functional miniature TVs as their second screens. That is right: the Tiny TVs can mirror what is being shown on the computer screen directly on the Tiny TVs using the company’s software and while the TV is plugged in the computer.

Design-wise, it looks like the crystal TV is a sure stealer with its transparent color that affords tech junkies a view on what is happening inside. Now, if they want to disassemble the pre-assembled functional miniature TVs, it might be better to get the DIY kit. But for those who just want to grab-and-go products from the markets, these new releases might just be right up their alleys. 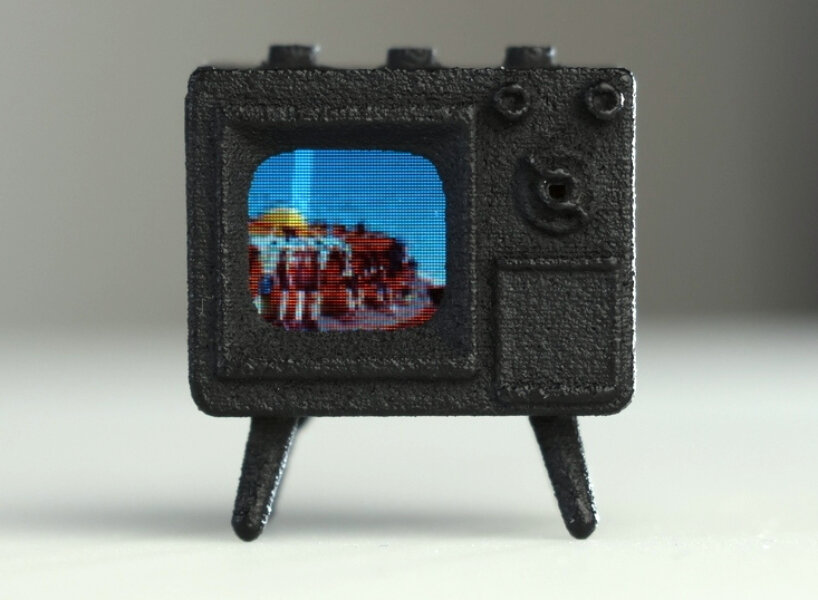 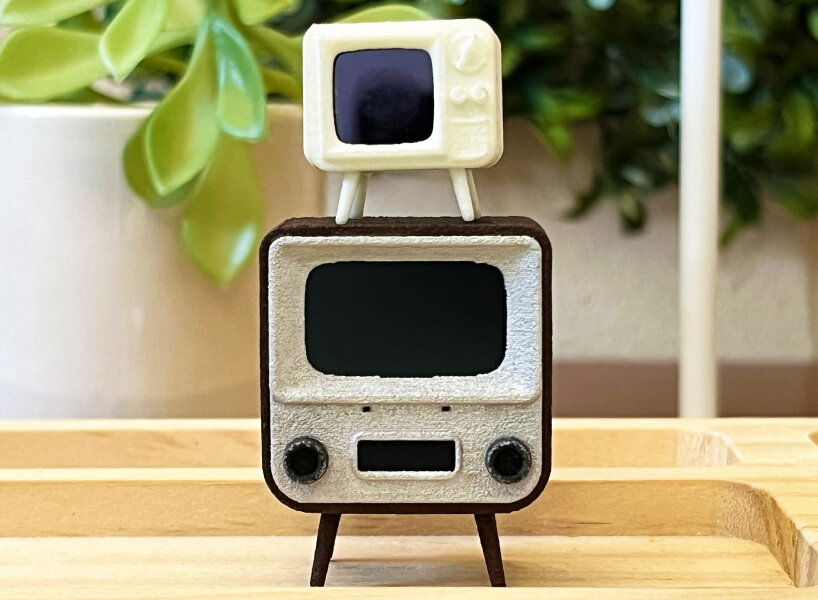 TinyTV Mini’s size is comparable to a grape 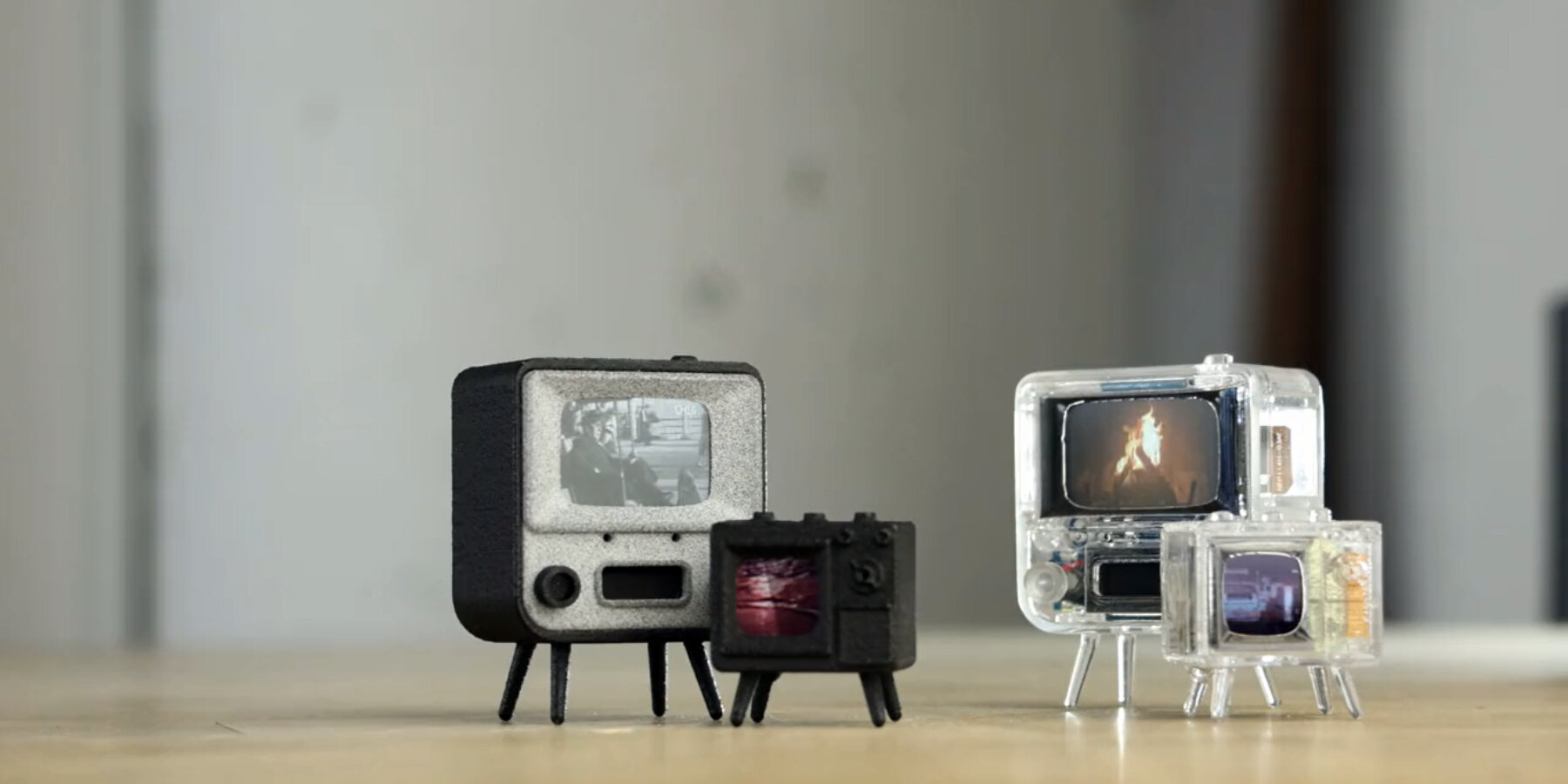