stockholm-based technology startup furhat robotics gives AI a face with its face-swapping robot designed to adopt multiple personalities. tengai is a social robot built to communicate with humans just like humans do – by speaking, listening, showing emotions and maintaining eye contact. the only thing it does better than humans is treat people fairly. 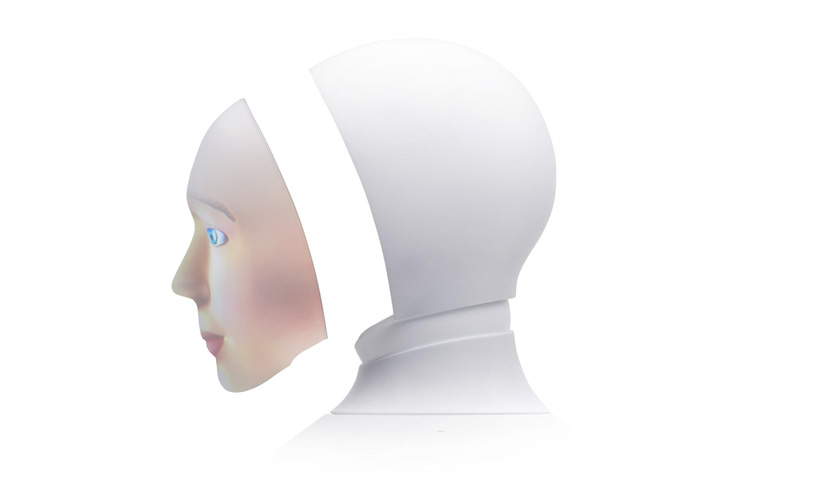 tengai, the work of furhat robotics, achieves its human-like status by using a back-projected facial animation system. this includes a head-shaped display which features an opaque mask onto which pretty lifelike looking faces can be projected. this mask can be changed depending on its use, allowing the disembodied bust to take on various personalities. it also comes with a selection of pre-built expressions and gestures which can be further customized to fit any character. 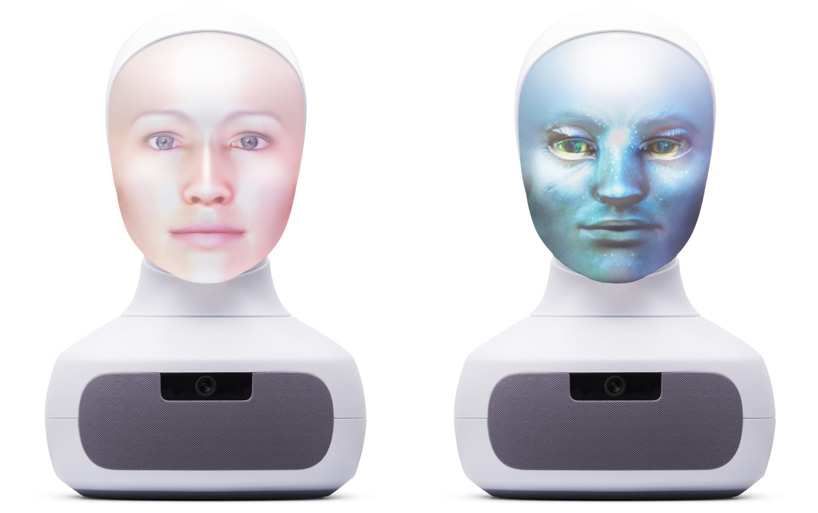 human-like movement is mimicked using three degrees of freedom which allow the robot to direct attention to different objects and individuals. meanwhile, a wide-angle, high fidelity camera and beamforming stereo microphones allow furhat to interact with its audience. two hi-fi 2.5″ speakers allows virtual speech direction. according to the company, the device can record your own voice and have the device lip sync automatically, whilst its system supports a wide array of high quality text-to-speech voices in over 30 languages. 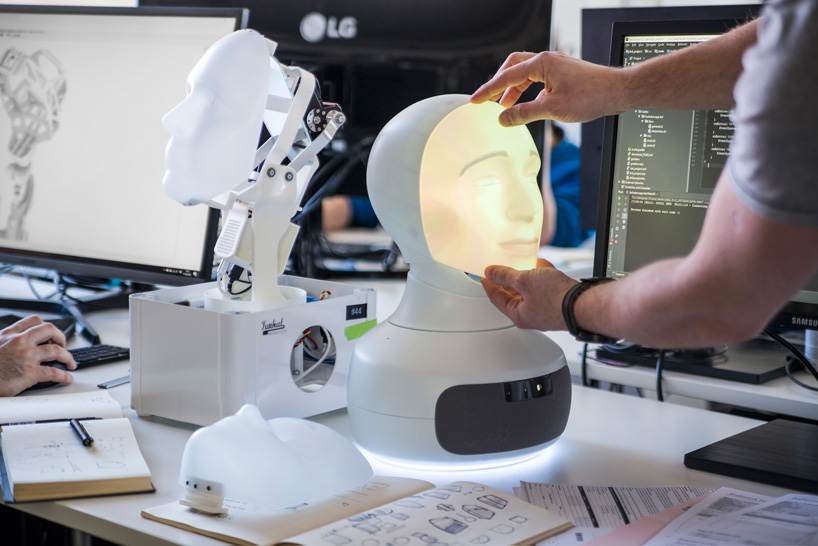 inside is an operating system that manages its interactions using a conversational engine based on an advanced computational model of hierarchical state machines. it gives it the ability to handle very expressive and low-latency interactions, simplifying and abstracting complex user behaviours when necessary. this way it knows when it’s being spoken to and when to listen to the conversation happening around it.

furhat robotics says the device isn’t built with any particular purpose in mind although they note its ability to serve as an information point to help customers, provide companionship, train employees or even teach a language. since its inception, swedish recruitment agency TNG has been using the artificially intelligent robot head to conduct test interviews in place of a human recruiter. what’s more, starting in may the device will begin interviewing candidates for actual jobs with the goal of eliminating the biases human recruiters bring to the hiring process. the company is also working with names like disney, merck and honda to find roles for the bot in the workplace. 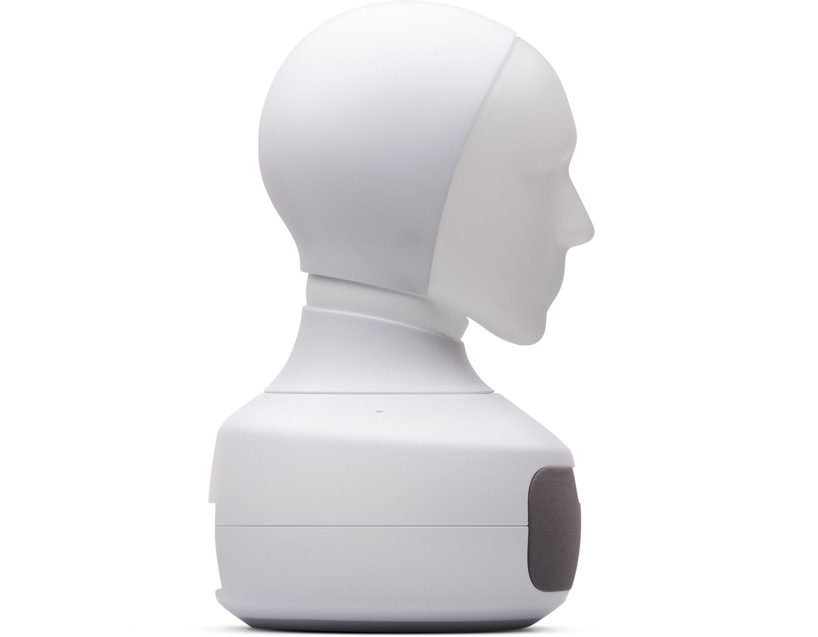