as technology advanced, fuseproject design studio was able to consistently bring new innovations to the set-top box, re-imagining its form while still maintaining existing brand equity. the fuseproject ‘le cube s’ for french television provider canal+, is the culmination of the work – at less than a quarter of the size of the original ‘le cube’, this is the first set-top box to fit cleanly in the palm of your hand. its matte black surface hides an invisible, high quality and full color displaying, dissolving the line between screen and product. the top of the cube highlights a textured pattern of opposing lines, cognizant of the canal+ interface. at only eight centimeters by eight centimeters, the fuseproject ‘le cube s’ was able to keep the size small by removing the hard drive and storing it in the corresponding white stand. in order to maximize aesthetic discretion and fit in the home, the designers kept the cube a matte black, and the made the display invisibly integrated into its surface. 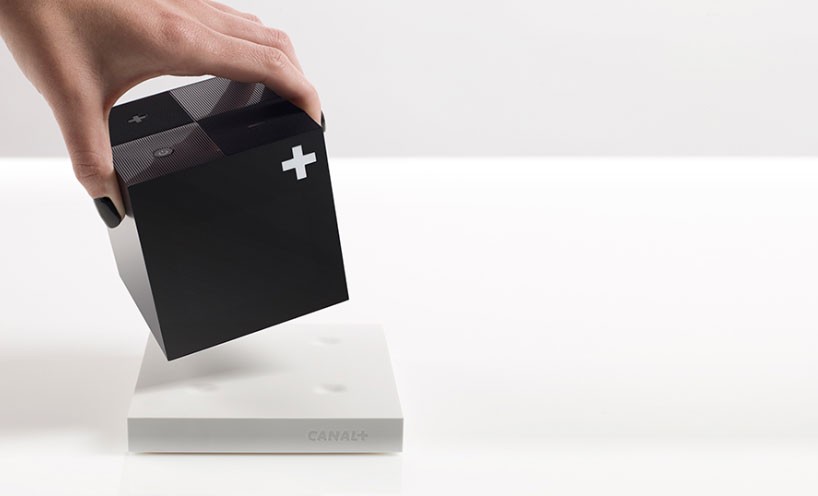 while the average set-top box will only display the channel number, fuseproject knew they had an opportunity to utilize the screen to create a more meaningful experience for canal+ customers. the full color LCD display is 320×240 pixel screen, presenting channel logos, and eventually show program notifications to users. at only 61mm by 46mm, the quality of this display is crisp and detailed. it’s highly programmable screen that hides discreetly behind the matte black coloring of the device itself, disappearing when not in use. to help maintain the brand proprietorship fuseproject built with the previous designs, they kept the white canal+ logo in the corner of the cube, and textured the lid to match the brand’s existing user interface – contrasting perpendicular lines that also hide the cube’s limited buttons. while the final design seemingly appears to be a small black box, it’s the details of the piece that make it subtly, and desirable for the home. it’s just to bad no one watches television through a cable box anymore. 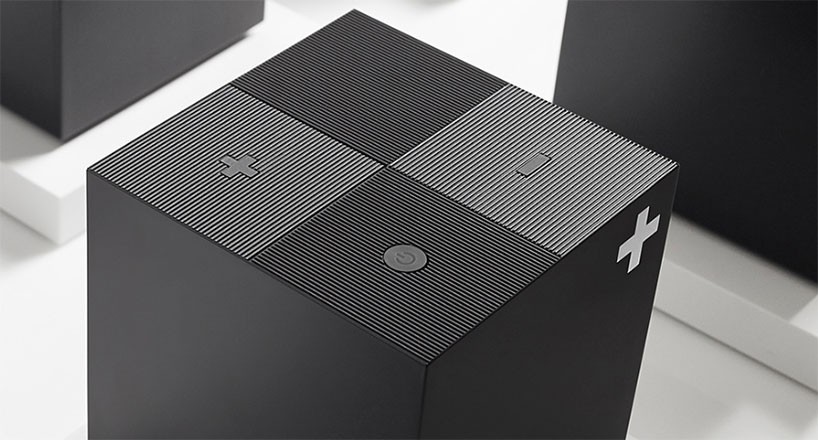 the top of the cube highlights a textured pattern

the display is invisibly integrated into its surface 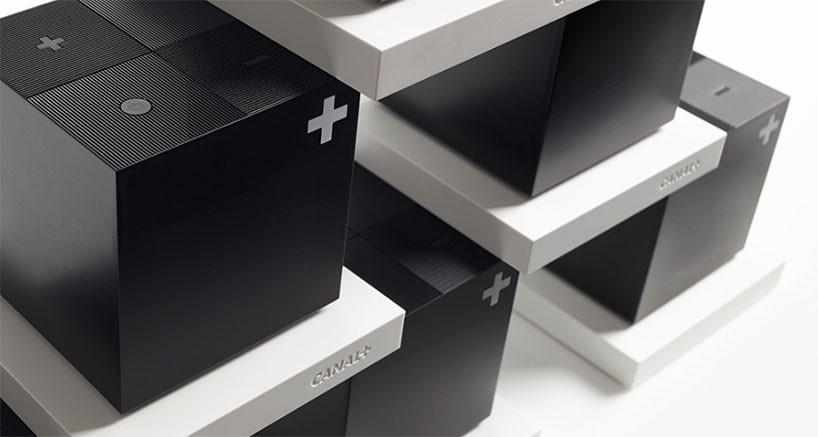 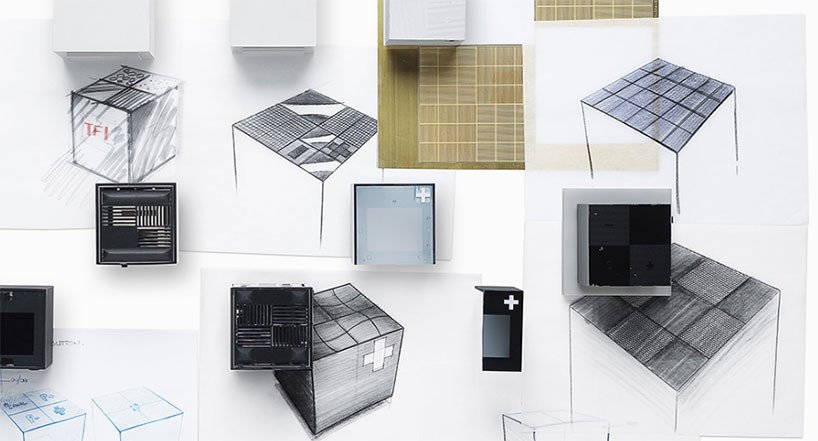 concept drawings of the cube