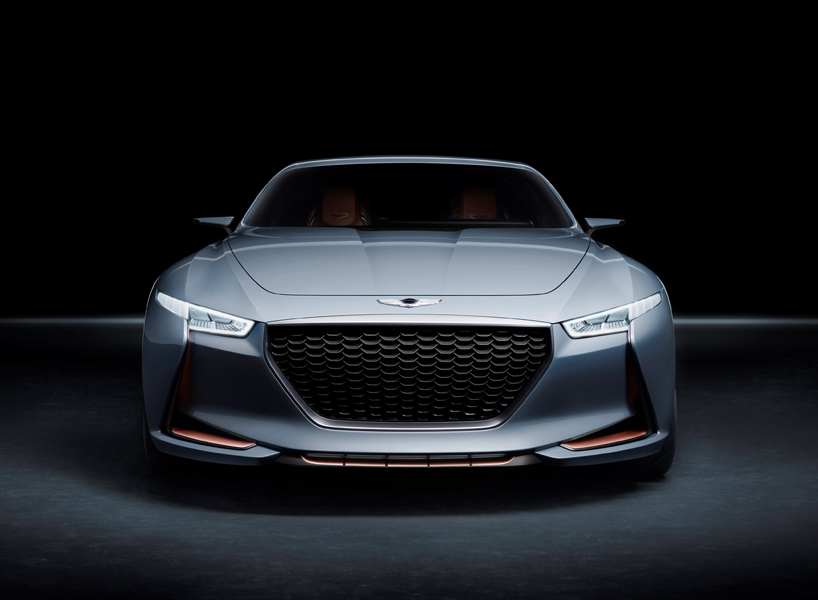 the advanced technological features and precise design language of the genesis ‘new york’ concept emphasize key aspects of korean culture, while elevating the value of the genesis brand. the design teams took inspiration from modern luxury lifestyles and products, and merged this confidence with forms from nature, and the process of transforming raw materials to create an expression of technological art. alongside the car’s performance and comfort characteristics, the concept adds fresh and unexpected touches through blending cultural heritage with modern art and technology. acknowledging the brand’s sporty and agile nature, the hybrid concept generates 245 horsepower, and 36.0 kgf.m of torque, from its 2.0 t-GDi diesel engine, coupled with an eight-speed automatic transmission. 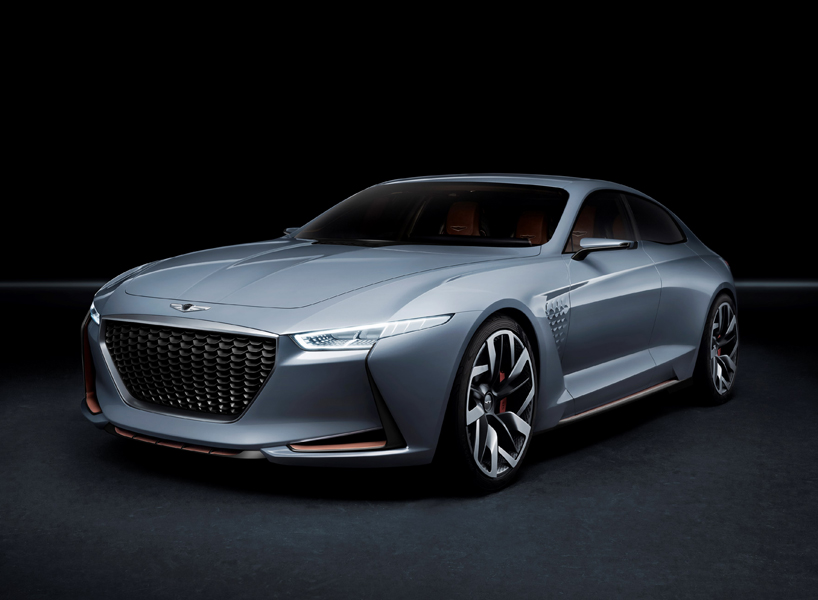 the nature-inspired character of the concept vehicle is seen through simple yet powerful forms with voluminous surfaces. the overall shape of the concept is characterized by a long hood and expansive dash-to-axle ratio, highlighting the car’s performance-oriented nature and its athletic stance. at the front of the car, the ‘new york’ concept demonstrates power and confidence as growing attributes of the genesis line-up. the prominent, upright grille is visually supported by sleek, horizontal headlamps. the deep inner edge of the lamp is characterized by a pixelated light guide, giving a sophisticated, vibrant appearance. air flow guides sit below the lamps, channeling air through the forward wheel housing. 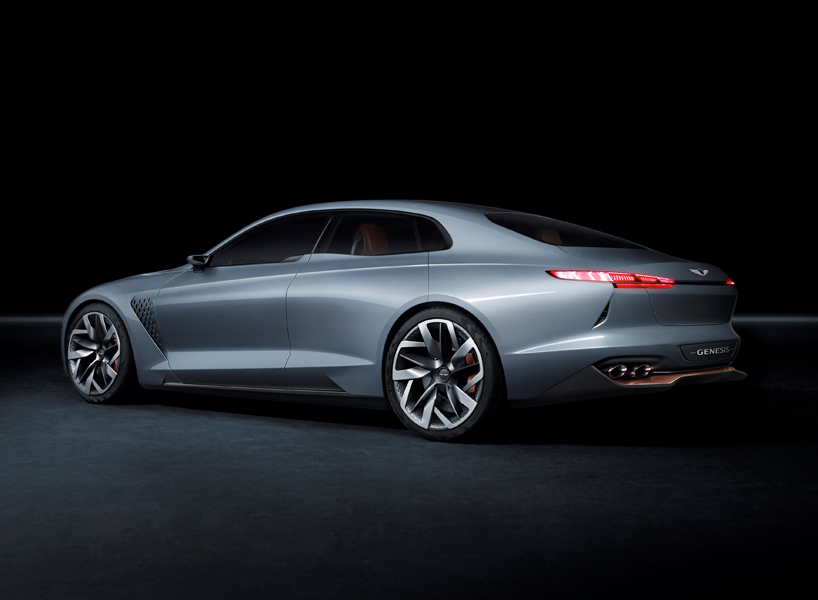 from the side, the sleek and tapered cabin emphasizes powerful shoulders, bringing visual power over the rear wheels and quarter panels, adding to the impression that the ‘new york’ concept can deliver the power expected of the luxury sports sedan. short front overhangs contrast with longer rear overhangs, completing the proportions of an elegant and refined performance car. 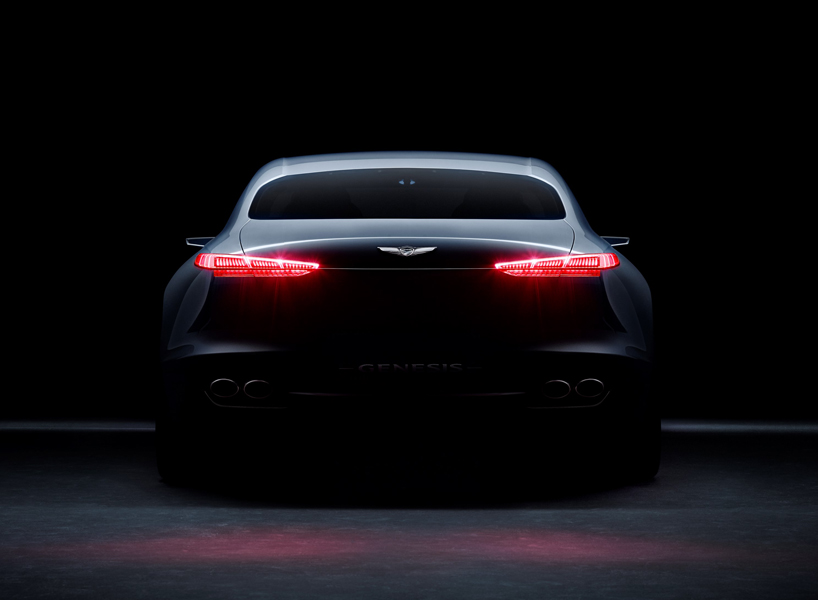 the rear perspective of the concept car is distinguished by a low and sleek rear deck, further enhanced by strongly tapered body flanks. the slim, elongated taillamps echo the headlamps’ vibrancy, reinforcing the sensuous and luxurious character of the exterior. 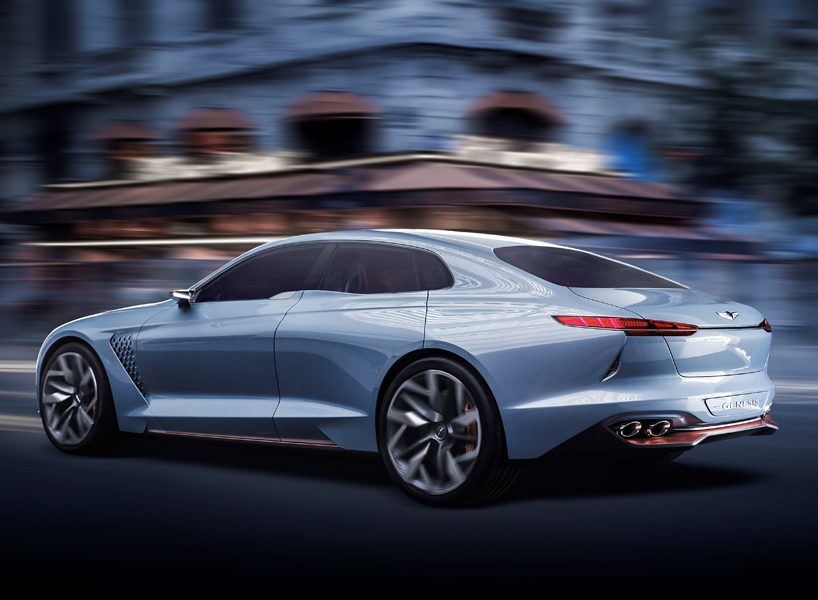 the front and rear door handles sit flush with the bodywork, integrated along the belt line of the concept, further enhancing aerodynamic performance with simplicity in design. the exterior panels are finished in a custom-designed ceramic blue color, while copper-colored inlays in the lower bumper fascia and sills convey the unique approach of genesis design and material language. 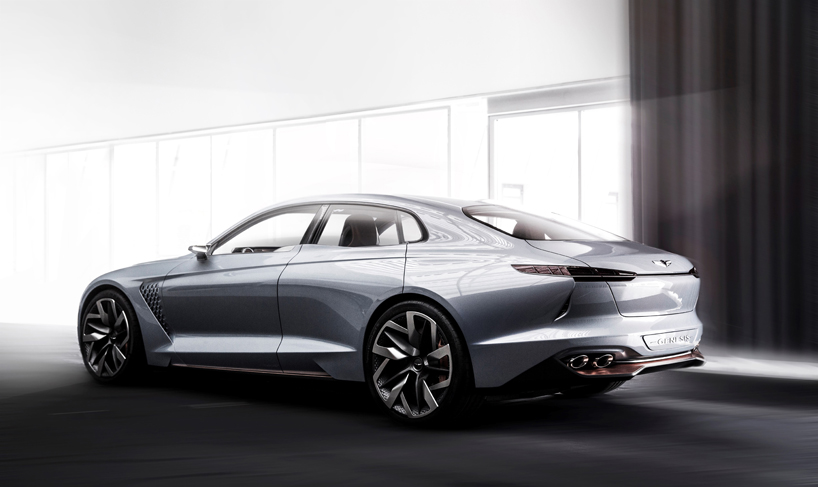 the interior of the ‘new york’ concept projects the future design direction of genesis, expressing a high-tech and sophisticated ambience, emphasized with a distinctively curved display. the 21-inch floating, curved screen incorporates driver instruments and multimedia functions, creating new, sculpted forms for front seat passengers. the digital display is combined with classic analog driver instruments. the concave screen and the convex instrument panel complement each other in an aesthetic interaction while transmitting visual lightness to the interior. the open steering wheel design is ergonomically formed to facilitate visibility of the instruments while enhancing handling control. 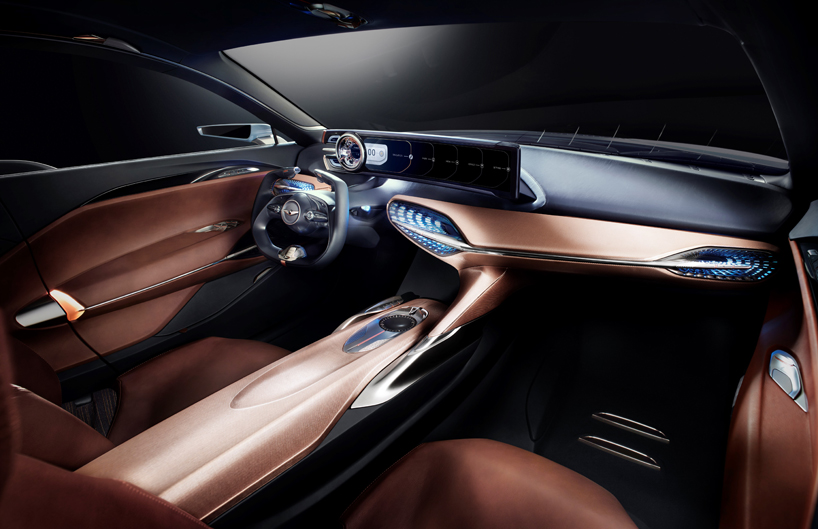 the concept’s interior showcases a full leather interior, with accents of anthracite contrasted with rich tan leather on seats and doors, while sliced suede leather used on the headrest brings a soft tactile sensation. highlighting the visual connection between the instrument panel and the floor console, the ‘new york’ concept uses metal for contrasting effect. copper-toned, stainless-steel mesh echoes the copper accents of the exterior and demonstrates a lightweight textile approach. the concept car also features polished aluminum switchgear and functional elements, with small touches of copper applied on exterior accents. 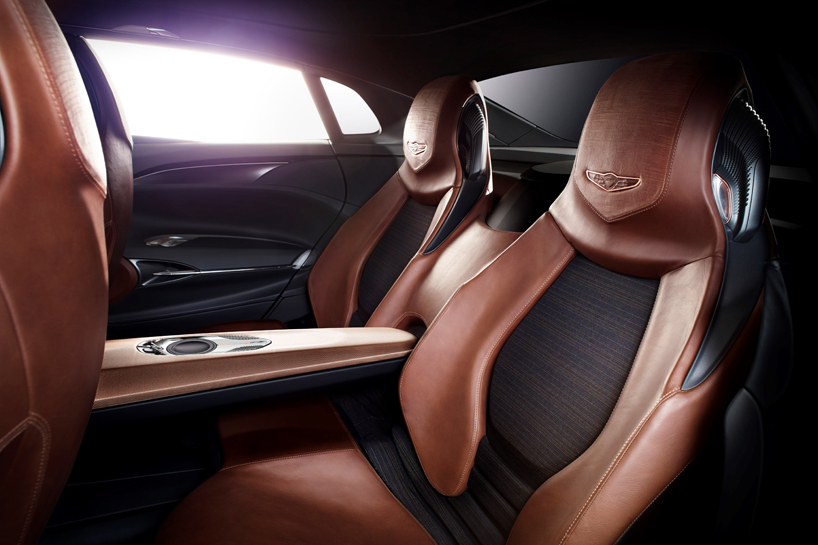 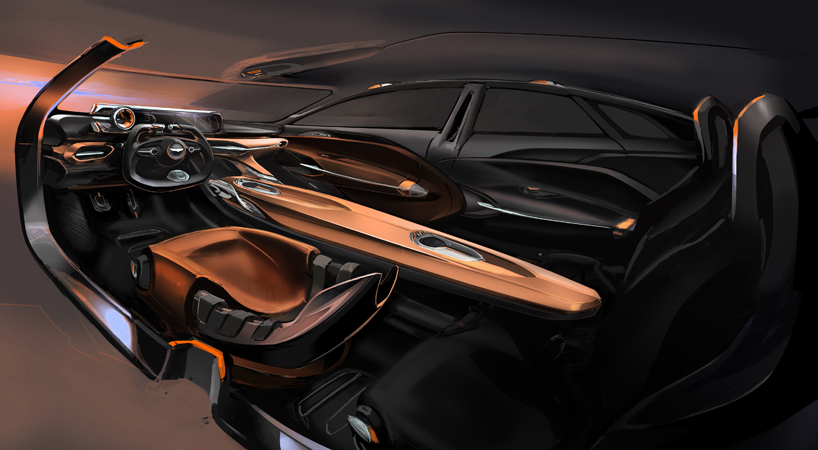 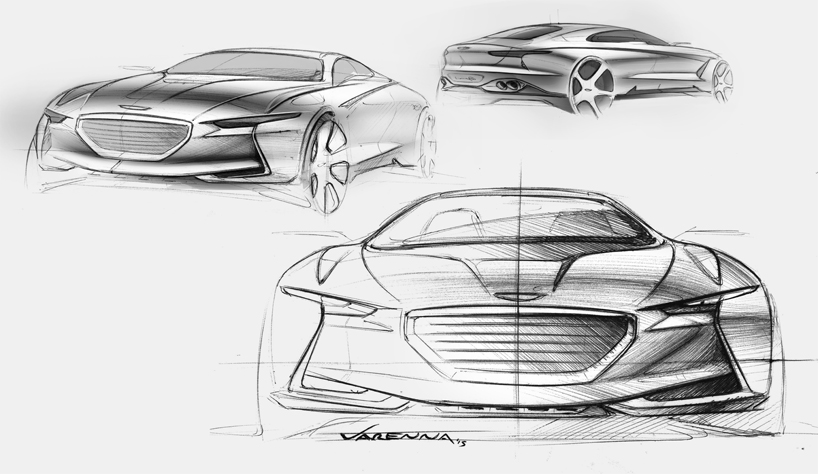 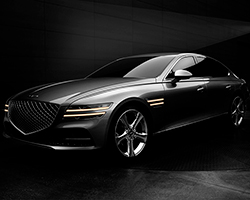 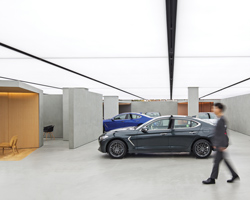 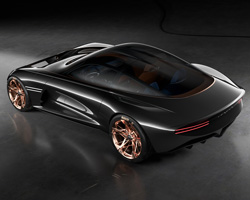