opel unveils its tiny, electric ‘rocks-e,’ a lightly restyled version of the citroën ami, available for the german market. the ami was revealed in early 2020, claiming that people as young as 14 could drive, and that it could be leased for $22 a month. like its french cousin, the opel rocks-e will be available with a similar subscription and for young people aged 15 and over with an AM driving license. because of its compact size and net power, the vehicle passes as an electric quadricycle — a 5.5kWh battery provides 46 miles (75 kilometers) of range and can be charged in 3.5 hours, while an 8bhp motor sends the car to a top speed of 28mph (45 km/h). 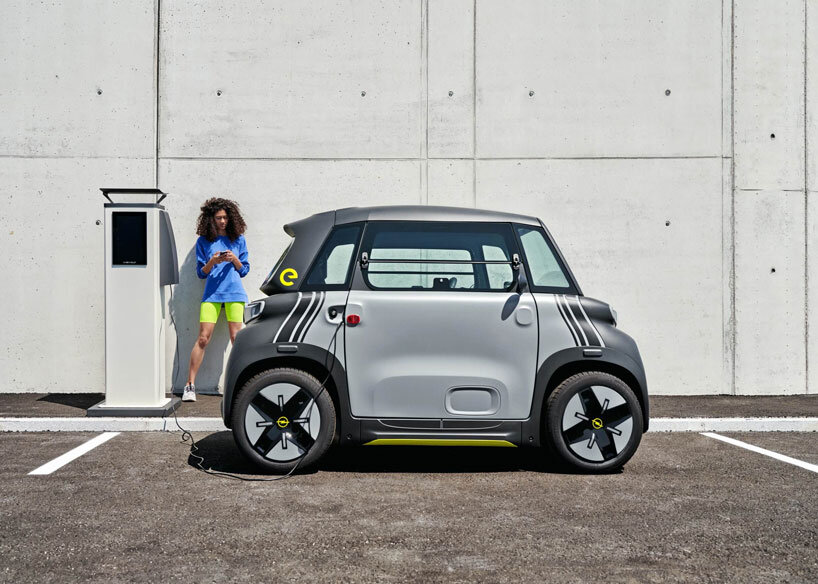 opel claims that its tiny and electric rocks-e stands as the first SUM — sustainable urban mobility. the car is designed for ease-of-use, as if it was an extension of your smartphone or an everyday electronic. in fact, the EV is charged via a standard socket so that it can be re-powered anywhere and anytime. meanwhile, the charge display is designed to be clear and easy to understand.  other intriguing elements include the two-seater’s doors, which open in opposite directions. 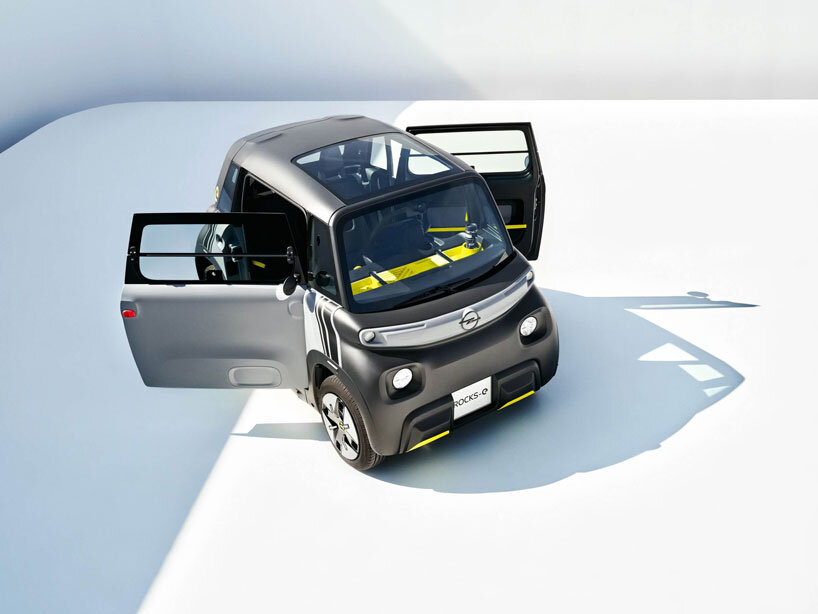 opel has not yet confirmed pricing for its rocks-e, but has promised it to be ‘less than for a small car.’ while the monthly leasing cost will be similar to the average spend on public transport. for reference, the french citroën ami is priced from €6,000 (around $7,000 USD) after taxes or can be leased for €19.99 (around $22 USD) per month. 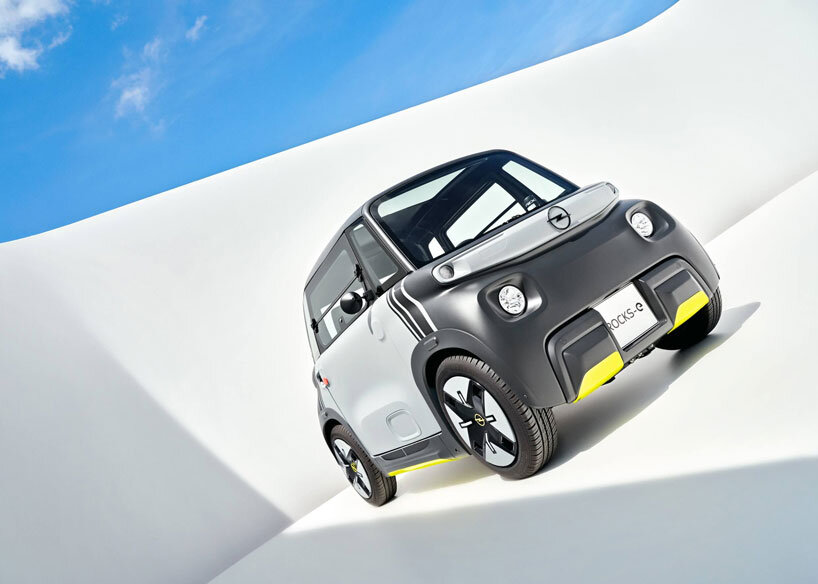 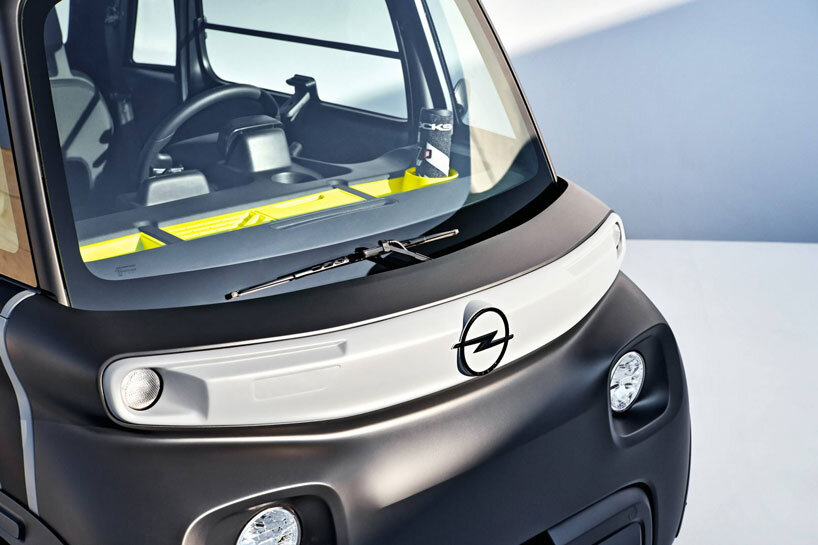 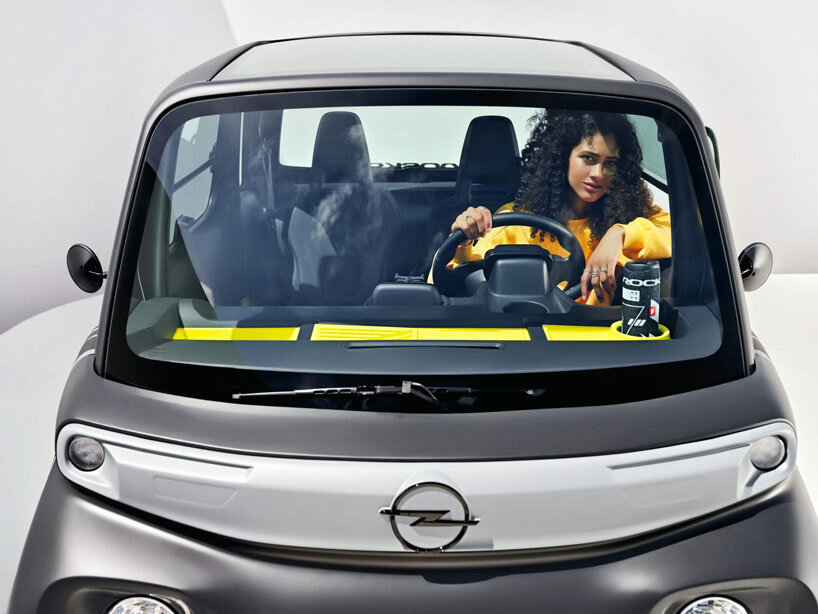 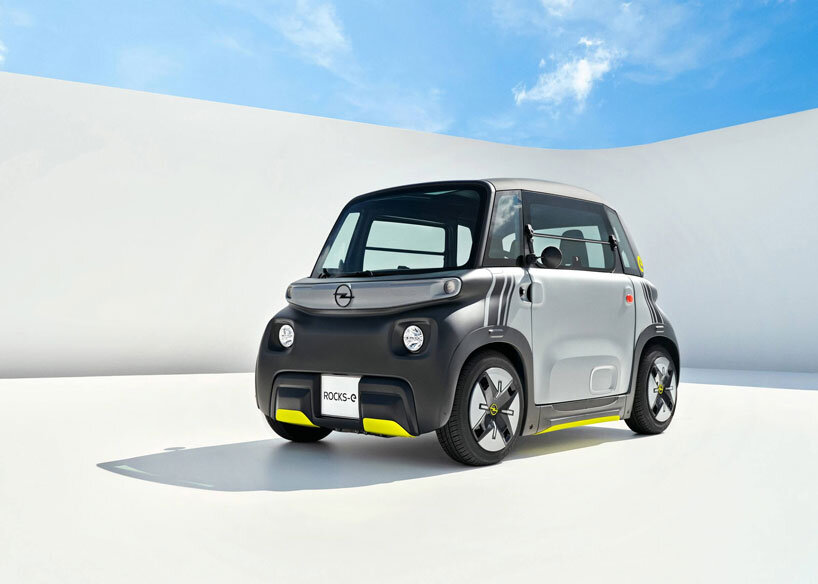 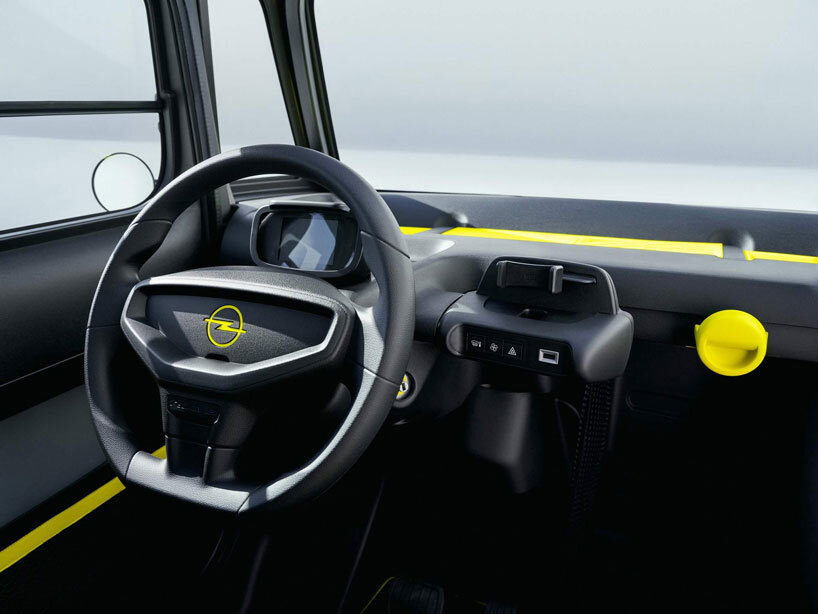 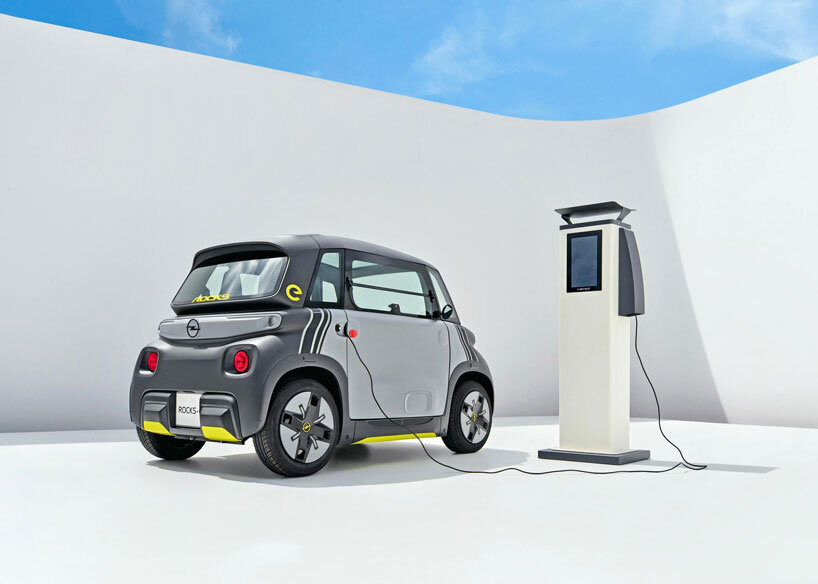