glider super sports SS18: the raised profile of the glider ‘super sports SS18’ suggests a cartoonish, sci-fi approach to yacht design, but its speed and seakeeping abilities are grounded in hydrodynamics. rob mccall, formerly a yacht captain, first came to the idea of building the glider, or ‘wave dominator’ hull as he called it in 2007, after piloting a high-speed, jet-propelled passenger catamaran in the caribbean. with its twin wave-piercing hulls, the catamaran left every monohull vessel in its wake during rough passages and provided surprising stability in choppy conditions.

ten years on, mccall’s glider concept has moved from theory to a proven 59-foot speedboat that glides through the sea, all while reaching a top speed of 56 knots. ‘our hull forms are more advanced than any vessel on the water today,’ says mccall. ‘their form and function were engineered with processes similar to those used in the aerospace industry.’ 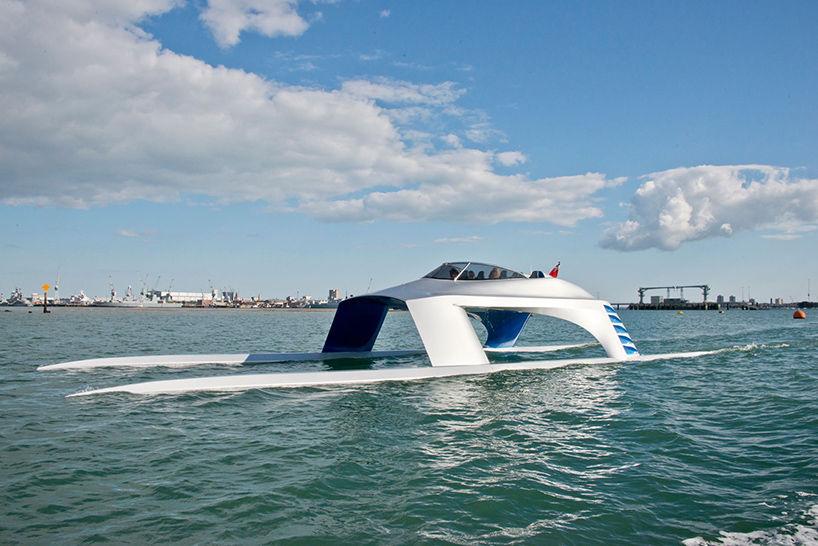 mccall would not give additional details about the yacht’s shape, but says the geometry of the boat—specifically how the hulls interact with the stability control system—are the secret to its soft, fast ride. ‘the hull form, propulsion, and stability control system actually tune to the sea conditions, which allows the boat to glide over the waves,’ says mccall. for the captain and guests aboard the glider ‘SS18’, this construction translates to a soft, fast ride in rough water. the yacht is powered by quadruple engines driving water jets with a total of 1080 hp. built by burgess marine in the uk, the glider is fully customizable. mccall says the company takes the same bespoke approach used in private jets and formula one cars. the 17-foot-wide cockpit incorporates custom corbeau leather and alcantara seats similar to those found in luxury sports cars, and has a color-coordinated interior and chrome edging. 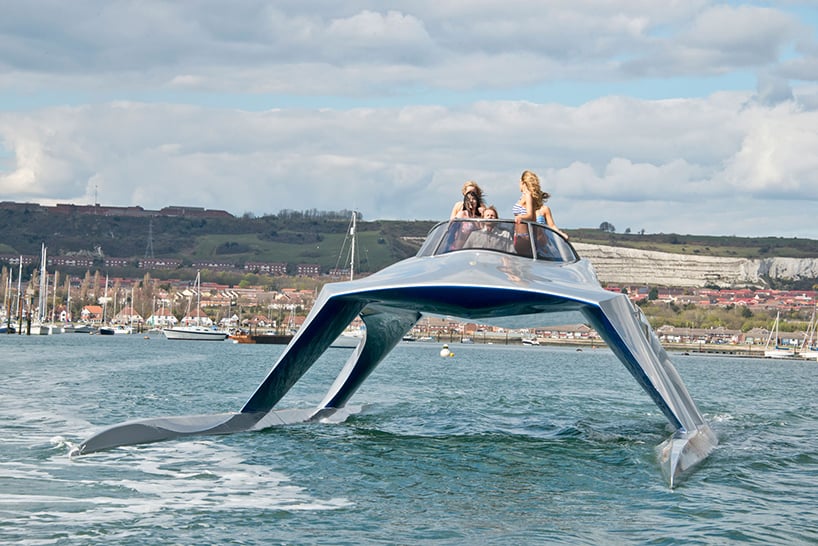 the boat has a futuristic helm area with fully integrated navigational and control touchscreen displays from garmin, one of the leading electronics manufacturers in the private-jet field. the embedded touch-screens also are in sync with the cockpit’s uncluttered appearance. the company is now building the hyper sports 18 (HS18) using the same hull but with two engines and two turbines totaling 3400 hp. it can accelerate from zero to sixty in less than 3.5 seconds, with a top end of 96 knots. the company also plans to launch the ‘glider limousine series’ next year, followed by its ‘GT’ and ‘SX-E’, 114 to 262-foot sports superyachts. 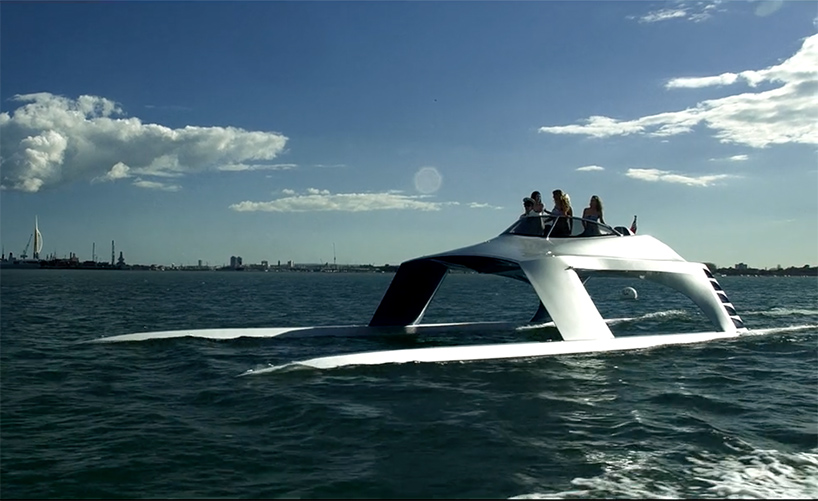 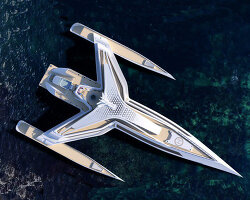 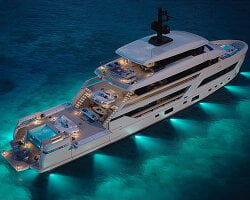