robotic glove technology developed out of a partnership between general motors and NASA for use on the international space station is being brought to life in health care, manufacturing and other applications though a licensing agreement between GM and bioservo technologies AB, a swedish medical technology company. working with GM, bioservo will combine technology from its ‘SEM Glove’ (soft extra muscle) technology with the ‘RoboGlove’, a force-multiplying wearable developed during GM and NASA’s nine-year collaboration that included the launch of ‘Robonaut 2’, a humanoid robot, into space in 2011. ‘combining the best of three worlds – space technology from NASA, engineering from GM and medtech from bioservo – in a new industrial glove could lead to industrial scale use of the technology’, said tomas ward, CEO of bioservo technologies. ward described the technology combination as a major step toward introducing soft exoskeleton technology globally. 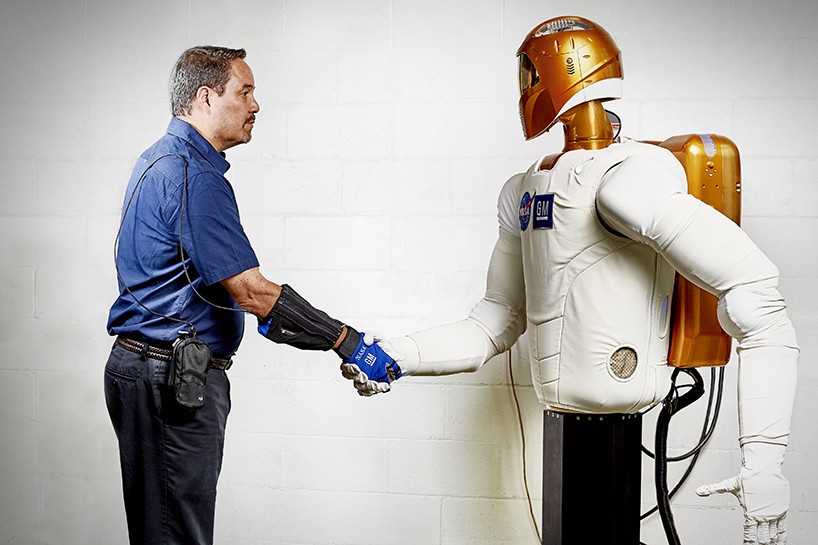 soft extra muscle technology is integrated into the design

the ‘RoboGlove’ uses leading-edge sensors, actuators and tendons that are comparable to the nerves, muscles and tendons in a human hand. one design requirement for ‘R2’ was to operate tools designed for humans, and developers achieved unprecedented hand dexterity. that technology was applied to the RoboGlove. bioservo will initially develop a new grasp assist device for industrial use that could increase efficiency while reducing fatigue in hand muscles. research shows fatigue can occur within a few minutes of continuously gripping a tool.

GM intends to be the first U.S. manufacturing customer for the refined robotic glove and will test it in some of its plants. bioservo will make and sell the new glove for a variety of uses including medical rehabilitation and any place additional gripping strength is needed. ‘The successor to RoboGlove can reduce the amount of force that a worker needs to exert when operating a tool for an extended time or with repetitive motions’, said Kurt Wiese, vice president of GM global manufacturing engineering. GM briefly tested ‘RoboGlove’ in a preproduction plant before looking for a partner to help refine it to fit different size hands and address other issues. 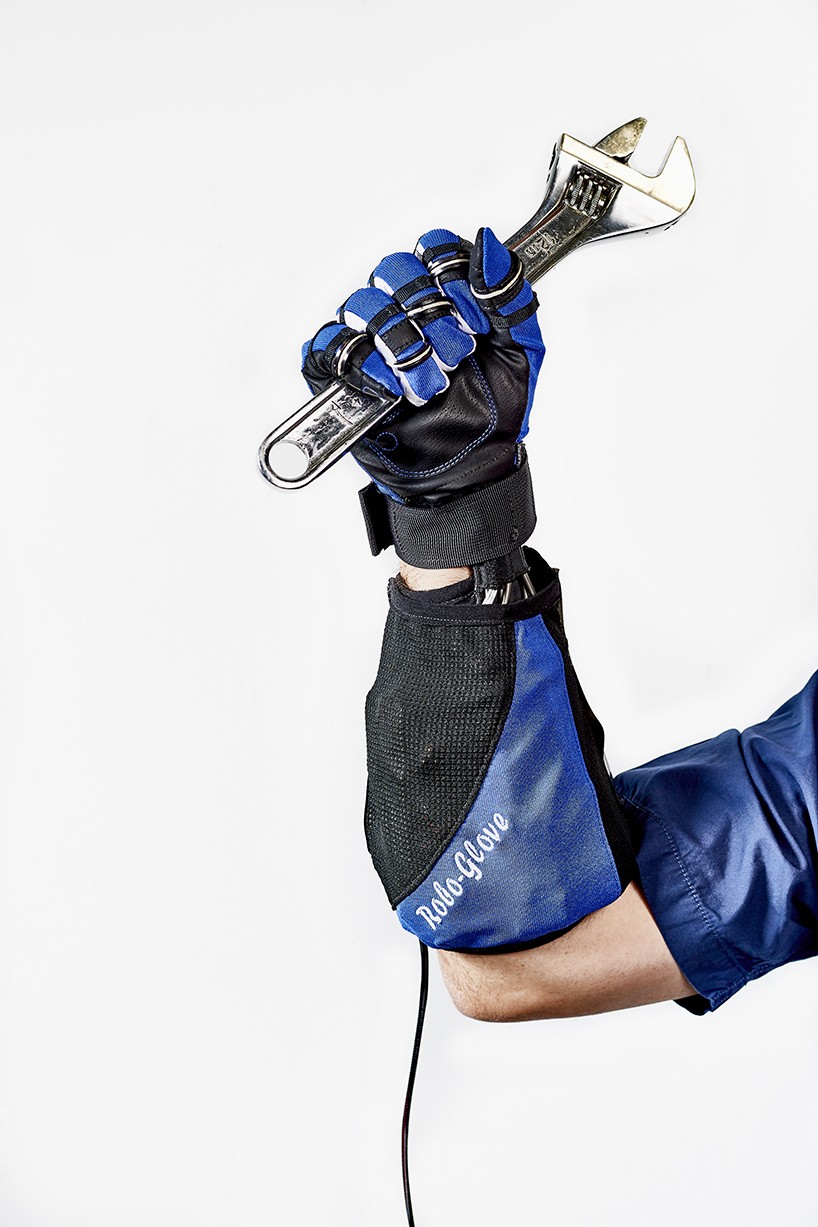 reduces the arm strain when holding a heavy tool