the QR cloud project is a recent temporary installation by the amsterdam based design group golfstromen. the project began in july 2009 and is still running in the west end of their city. the project consists of embedded QR codes in the urban environment, linking to pieces of artwork. the project features seven large QR codes that when photographed on a web-ready cell phone link viewers to small stories, poems or proverbs by dutch writers and poets. each written piece was commissioned for the project as a short inspirational message to users. the QR codes were placed on a soon to be demolished building and focus on making the public aware of QR codes in contexts outside advertising. 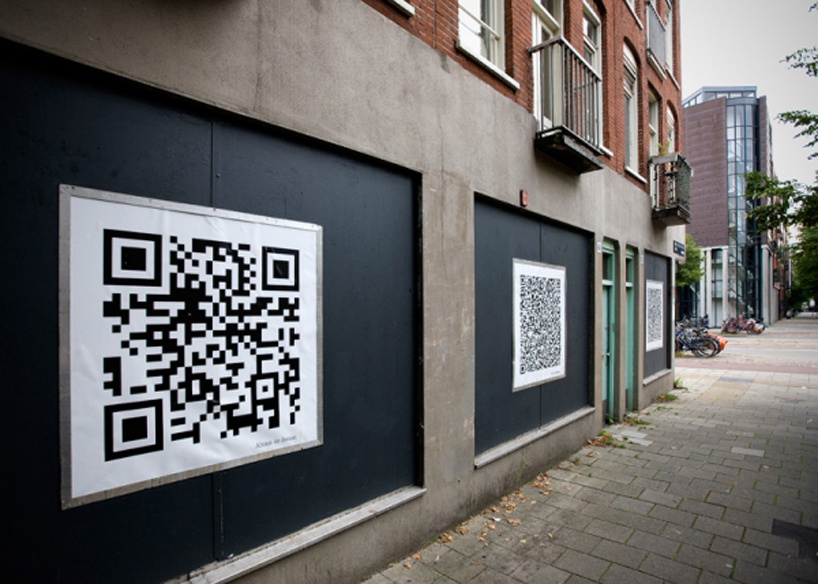 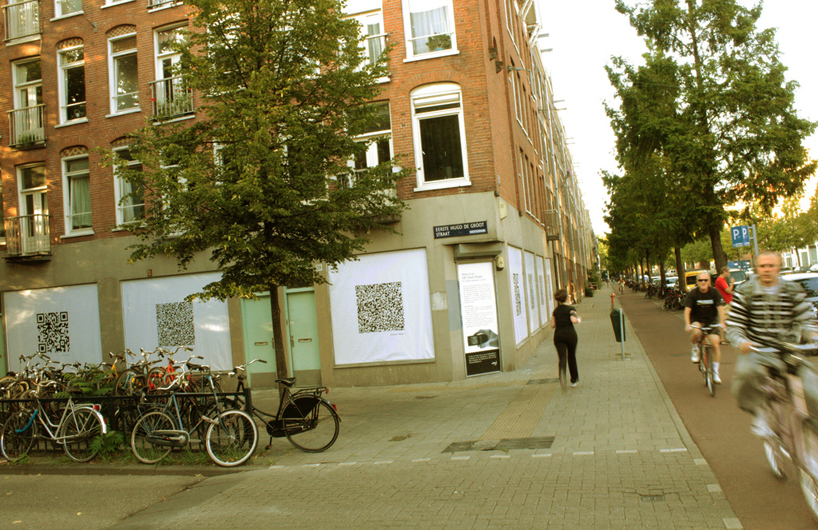 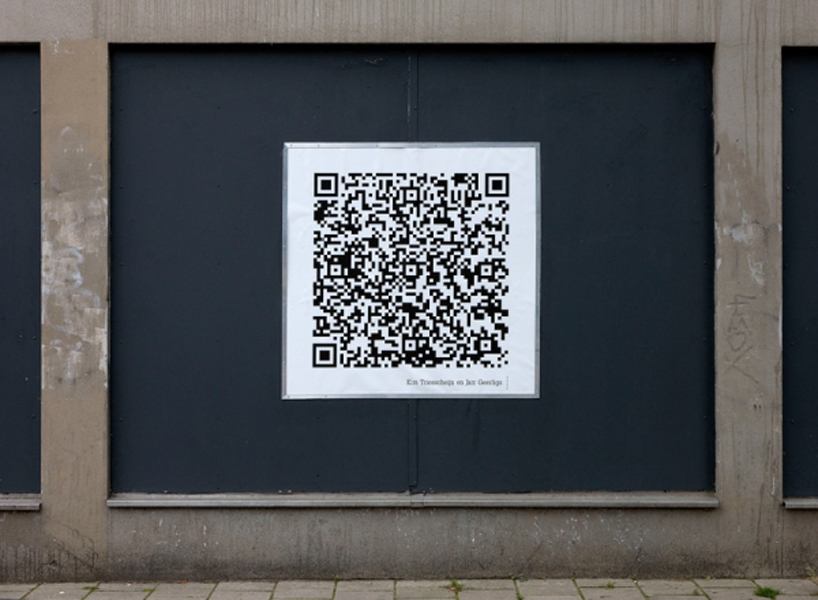 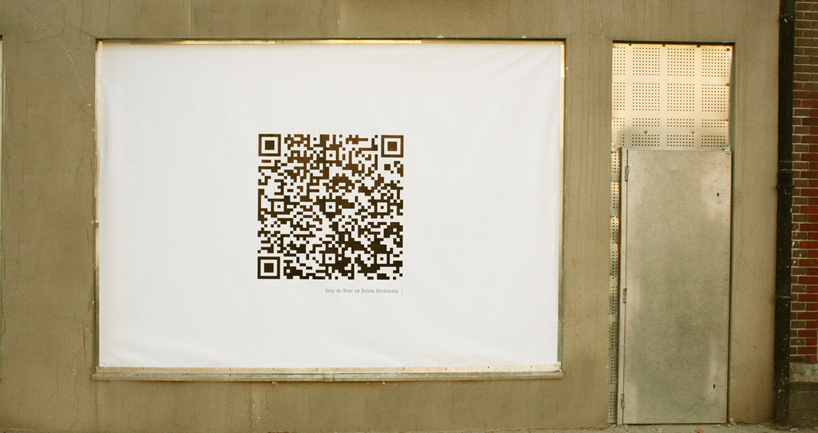