thanks to google street view, the vast and stunning expanse of abu dhabi’s liwa desert can now be explored by anyone with a computer — virtually, of course. capturing the footage required the google team to create a clever solution to filming the directional points and sprawling, 360 degree views of sand dunes, as the 62-mile oasis stretch isn’t equipped with roads or drivable streets. they decided to ’employ’ a camel for the job, strapping a giant rotating camera to his back and having him walk through the far-reaching sandy hills that comprise his natural habitat. explore the arabian desert, like travelers have been doing for thousands of years, and see the making-of video, below. 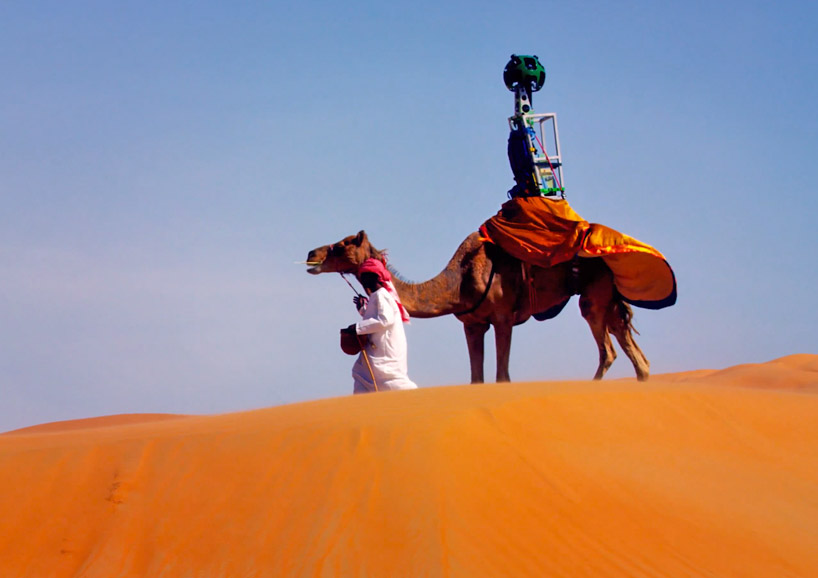 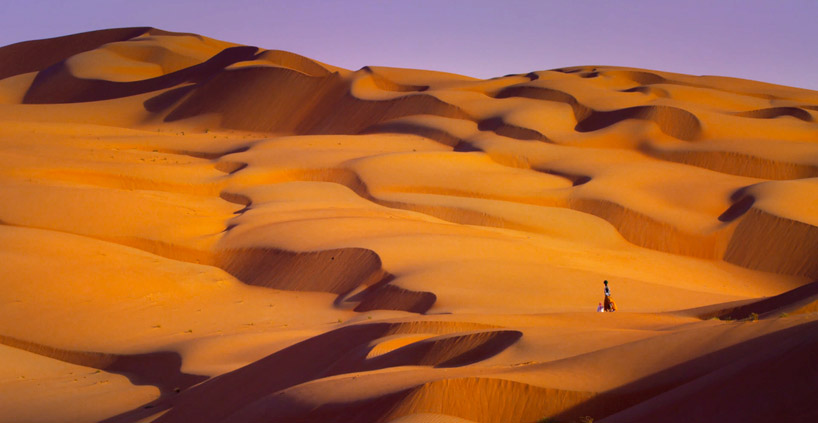 image of the camel and camera traveling the sandy dunes 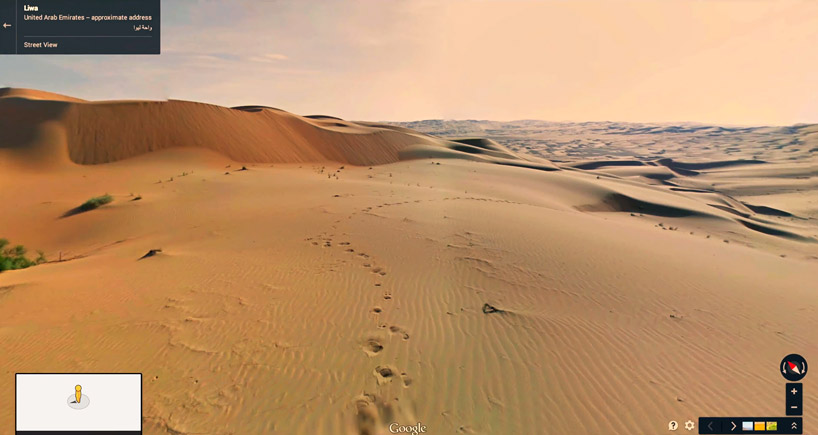 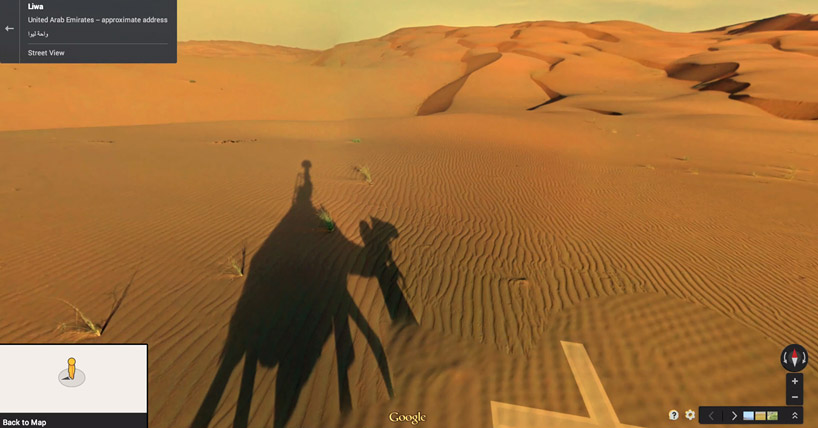