the project extracts microplastics from water using ferrofluid, a nontoxic magnetic liquid that consists of oil and magnetite (iron oxide powder). in water, the ferrofluid attracts the microplastics because of the nonpolar properties of both. 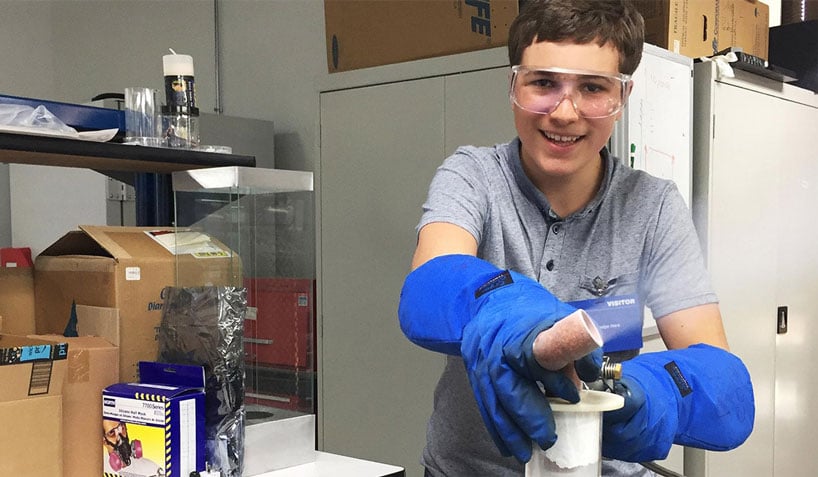 ferreira investigated this extraction method on 10 different types of microplastics, measuring the concentration of plastics before and after using a homebuilt spectrometer and a microscope. writing in his submission, he said that the quantity of plastic removed by his method was greater than 85%, except for polypropylene, which had an average reduction of 80%. he added that the approach would be most effective for use in urban wastewater treatment, where more than 55% of plastics in wastewater originate from washing machines and clothes. 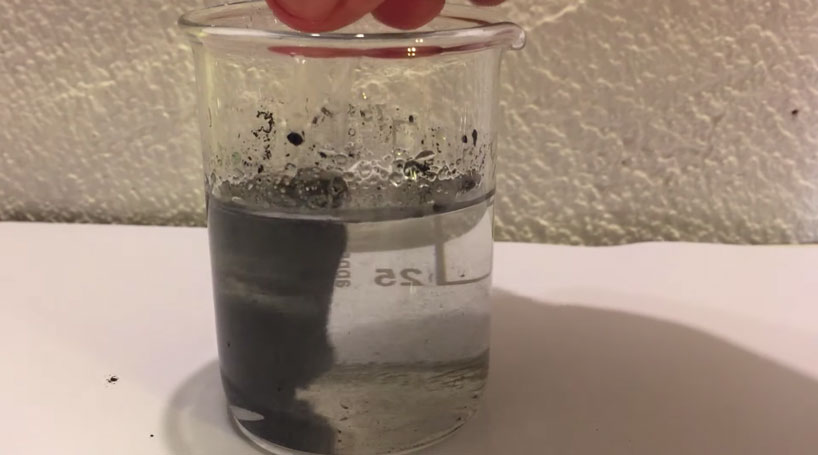 ‘my method was inspired by an article written by arden warner using non-toxic iron oxide (magnetite) to clean up oil-spills2,’ explains ferriera. ‘I used this method in the extraction of microplastics by adding oil to a suspension containing a known concentration of microplastics, these then migrated into the oil phase. magnetite powder was added. the resulting microplastic containing ferro-fluid was removed using strong magnets.’

‘I live near the seashore and have become increasingly aware of plastic pollution of the oceans,’ ferriera stated in his proposal. ‘I was alarmed to find out how many microplastics enter our wastewater system and consequently the oceans. this inspired me to try and find out a way to try and remove microplastics from waters before they even reached the sea.’

at present, no screening or filtering for microplastics takes place in any european wastewater treatment centres. 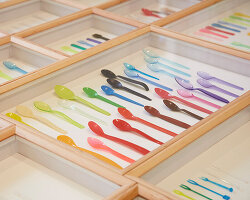 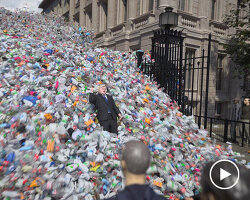 May 19, 2021
greenpeace film attacks the UK's plastic policy by drowning boris johnson in it 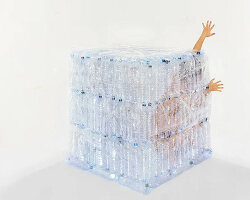 Jan 18, 2021
amber is an all-consuming art piece that highlights the dangers of plastic pollution