founded in march 2017 by richard browning, gravity industries is a british technology start-up that is bringing to life our superhero dream: the iron man suit. the suit — that will be soon 3D-printed in metal — has six miniature jet engines mounted on the arms and the lower back. the specially designed exoskeleton allows for vertical takeoff and flight, and can go as high and as fast as you like thanks to its 1,000-horsepower. 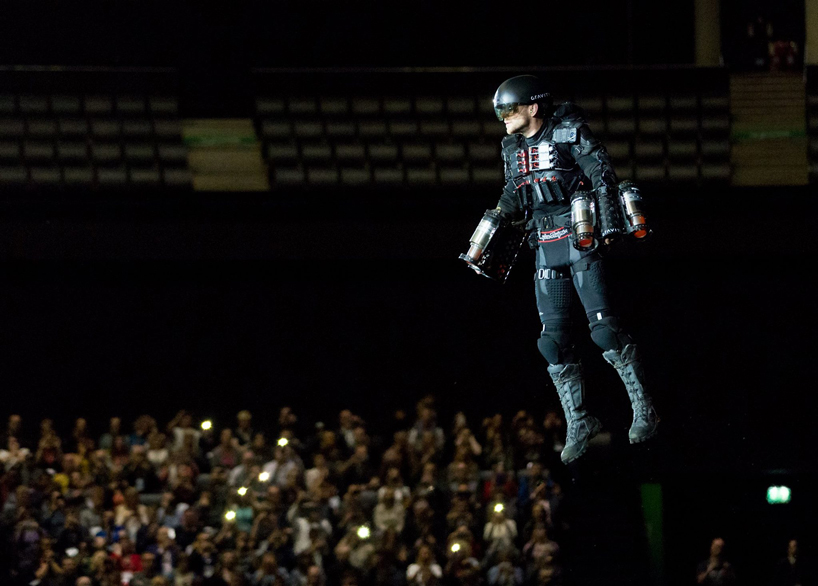 all images by gravity

but don’t get too excited with the idea of being the next tony stark as there is still a long road to be paved regarding this invention. to start with, the iron man suit by gravity requires an enormous amount of physical control due to the forces it achieves. browning, an ex-royal marine, described to redbull as ‘severe’ the strength required to direct the jets. he says that ‘in order to fly, he must follow a strenuous workout regime; in a typical week’s training he cycles over 150 km and does three intensive calisthenic sessions. he also runs 40 km every saturday morning, starting at 2am.’ 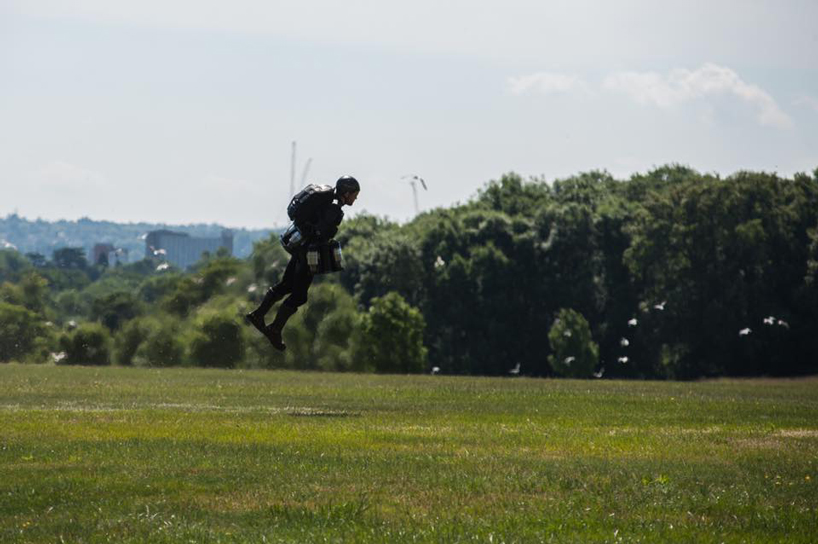 the jet-pack suit has the fuel tank in the backpack and each two-engine arm configuration weighs up to 90lbs, reaching temperatures of 700ºC. thankfully, the risk of catching fire is low as the heat is quickly dispersed by the air. the company has stated that they are currently working to make the engines more fit for the task, as well as on the 3D-printed suit that will feature temperature-proof, one-piece, aluminum housing for the rocket engines. last, they are also looking into adding wings to the suit. 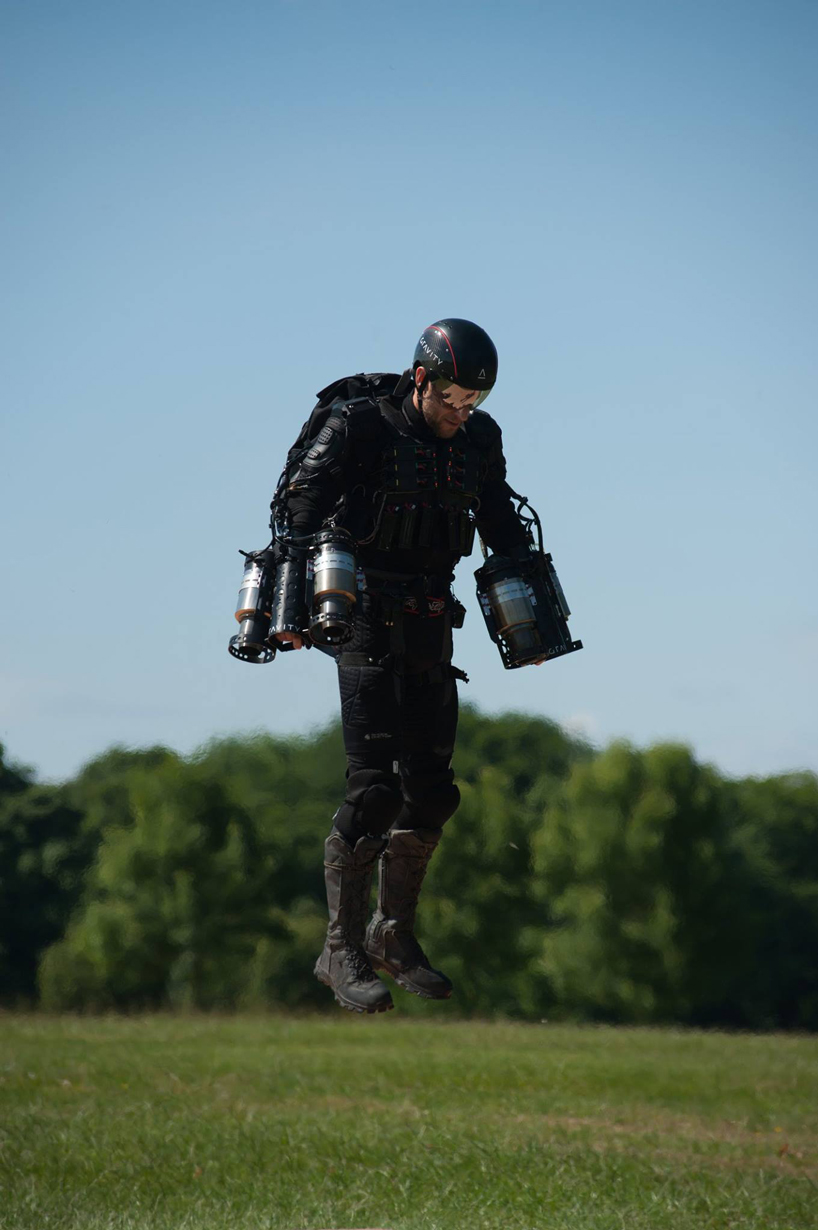 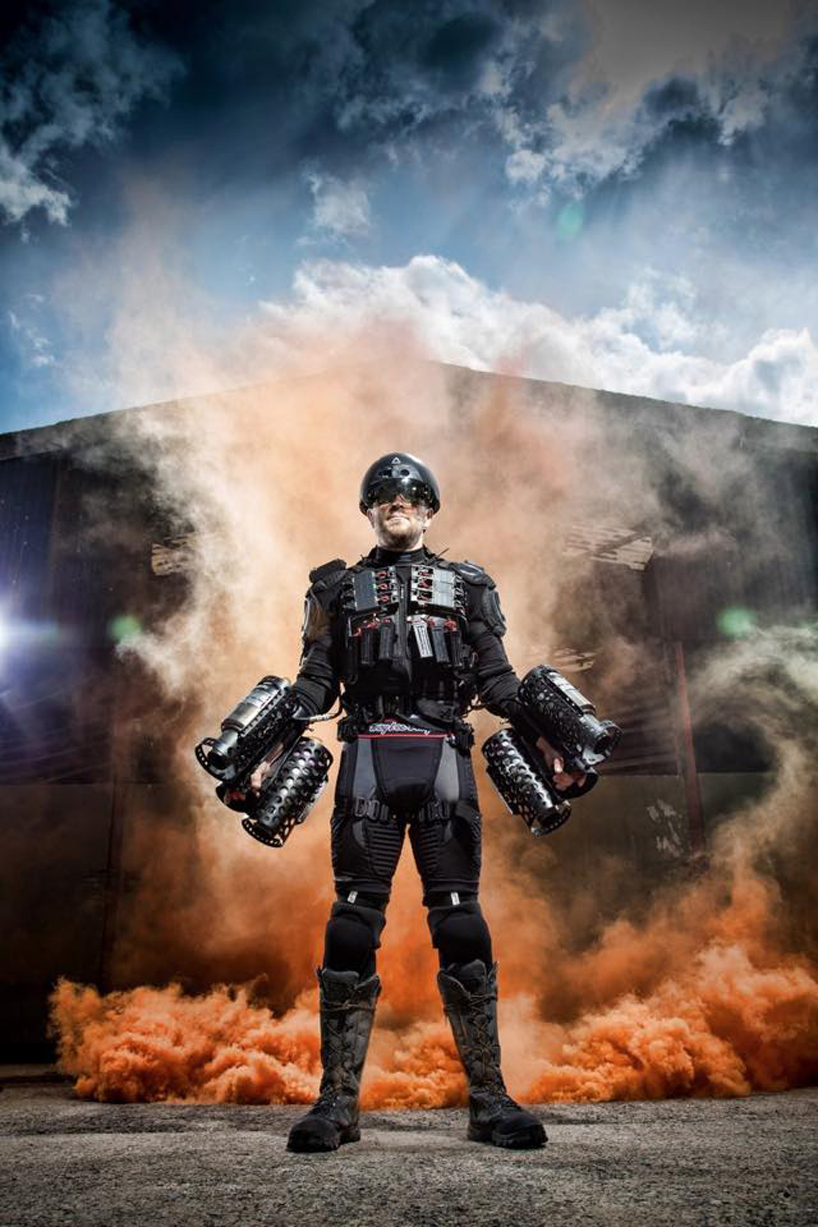 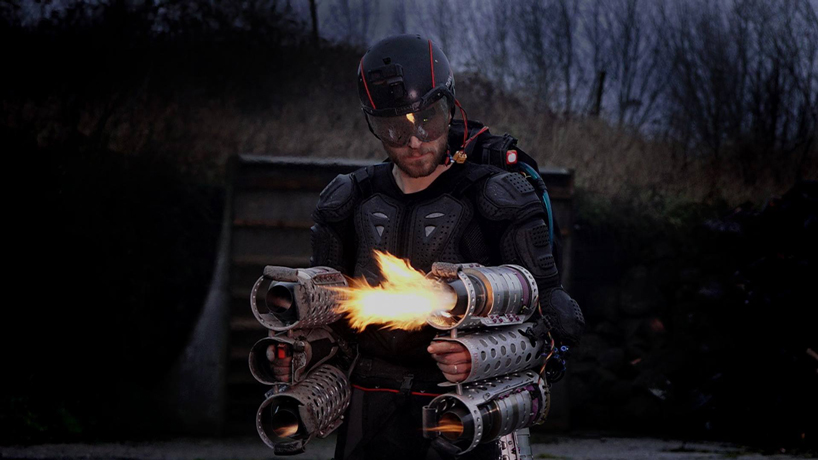