israel based transportation company green ride plans on easing travel between home and public transportation with the ‘inu’ scooter. the foldable electric two-wheeler was shaped by former, automotive designer at pininfarina nadav attias. equipped with a phone dock and GPS, it lets riders reach their destination, without a required stowing area since it folds upright automatically in four seconds.

the lithium ion battery in the ‘inu’ scooter can power the brushless hub-motor up to 25 km/h and 40 km far without being recharged. once depleted, the scooter only takes three hours to charge from its docking station. the frame is made from an aluminum alloy that weighs only 25 kilograms and includes front hydraulic disk brakes and a regenerating rear motor. green ride has already launched the short-distance platform in barcelona, with milan and new york planned for the future. 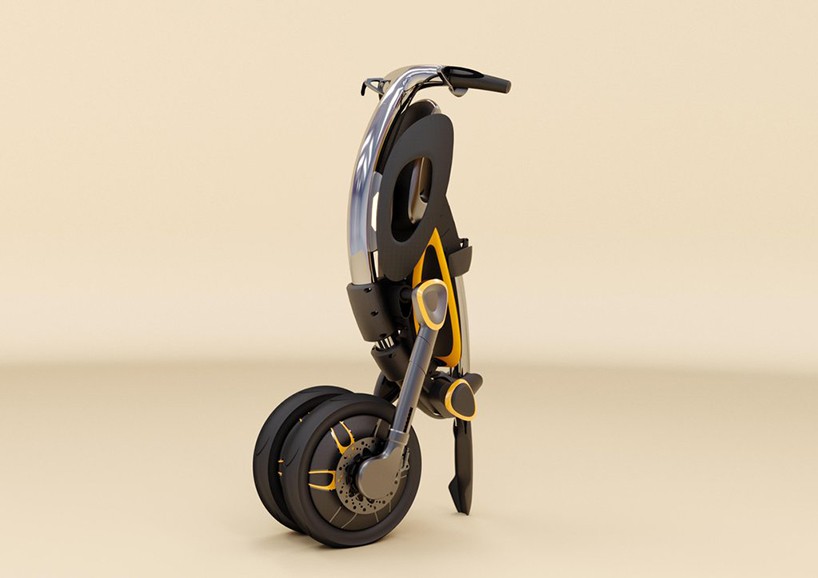 made from aluminum alloy that weighs only 25 kilograms 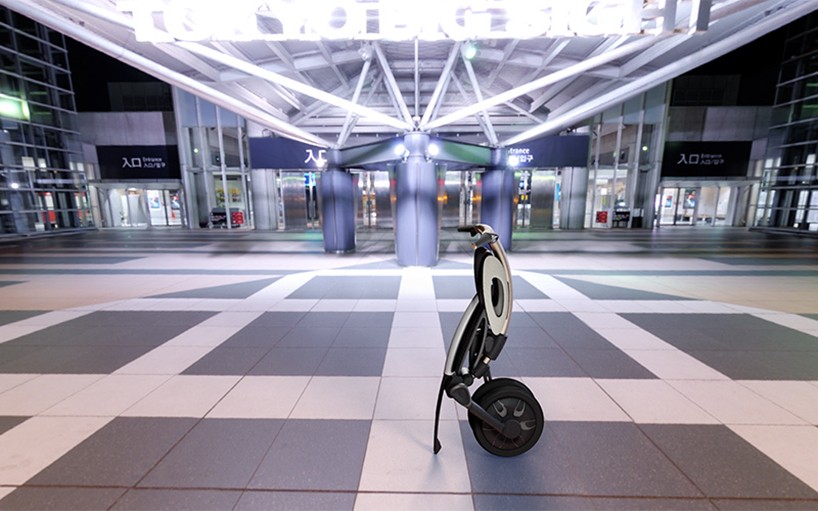 the ‘inu’ will come in a series of different color themes

the handle bar display on the green ride inu scooter