mitsubishi announces the premiere of the ‘GT PHEV’ concept: a next-generation SUV at the 2016 paris motor show. the concept model is powered by mitsubishi’s own advanced plug-in hybrid EV (PHEV) system using triple motors. the centerpiece of the japanese car manufacturer’s booth will be based on a concept of the ability for cruising across a vast land. the ‘GT PHEV’, along with a variety of plug-in hybrid vehicles (PHEV) and 100% electric vehicles supports the ‘driving beyond: another step forward with SUV and electric power’ booth theme. 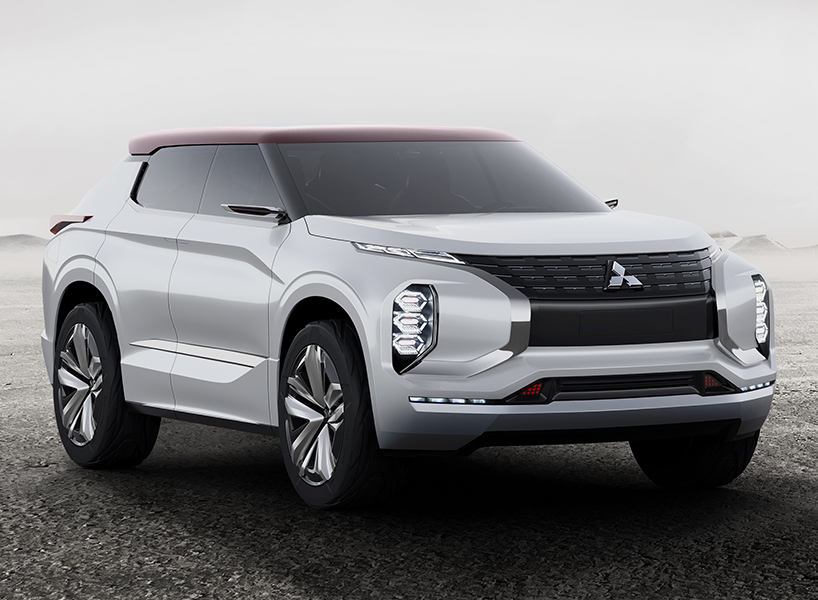 the mitsubishi ‘GT-PHEV’ concept is a high-end next-generation SUV that easily takes many road surface conditions in its stride. featuring mitsubishi motor corporation’s latest design language together with its advanced and proprietary electric and all-wheel control technologies, the mitsubishi ‘GT-PHEV’ concept empowers drivers to pilot their car with confidence under a wide range of driving conditions. it stirs the driver’s curiosity and sense of adventure as they seek to go further, as they seek to take a step beyond anything they have experienced before. its overall design projects the image of a ‘ground tourer’–a car made for cruising across a vast land–expressing augmented possibility, sculptured dynamism and japanese craftsmanship. 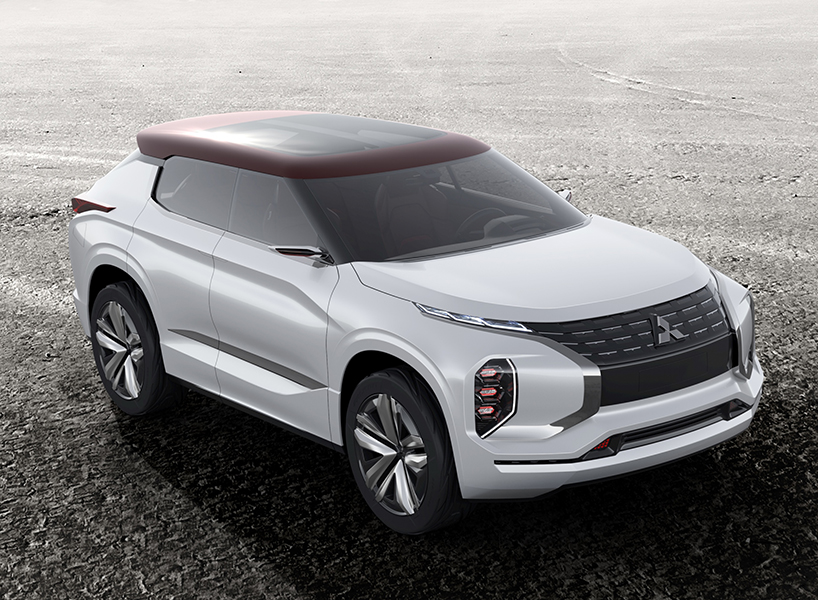 the front visage with its forceful presence employs mitsubishi’s dynamic shield front design concept that portrays the function of protecting both people and the car. from the side, the ‘GT PHEV’ concept uses horizontal lines to convey its high-end SUV styling and vehicle stability. with a muscularity and intensity that gives the impression it has been carved from a single ingot of steel, the body is clothed in classy styling that flourishes sculptured dynamism highlighted by precise detailing. inside, it uses a horizontal dashboard that creates a spacious ambiance, making it easier for the driver to sense changes in vehicle attitude. together with an instrument panel with a high center console, the cockpit-like interior wraps around its people, providing a sense of solace and security. generous use of the burgundy genuine leather trim, color coordinated with the exterior roof color is another touch in creating a sophisticated and comfortable interior space. 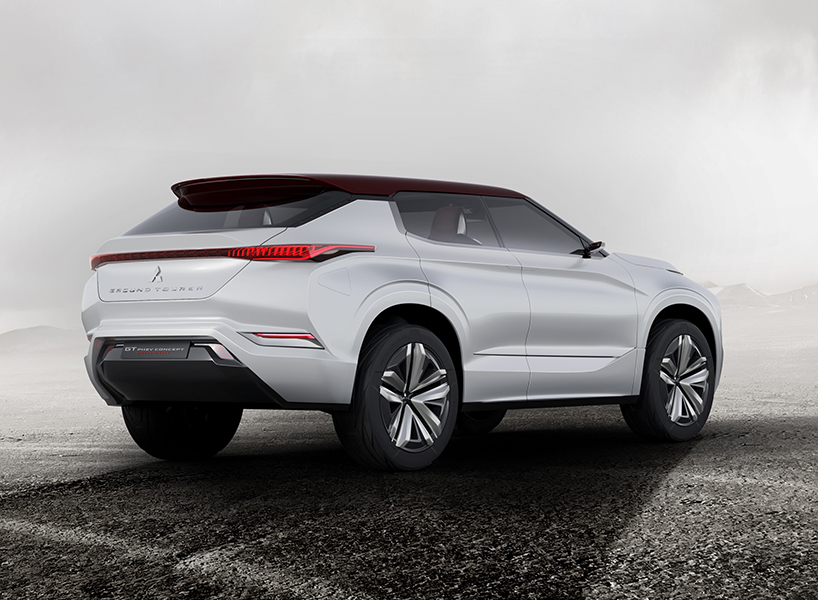 the ‘PHEV’ system comprises a next-generation high-capacity drive battery package, three high-output and high-efficiency motors and an engine designed especially for the system featuring improved electricity generation performance and motive performance. this combination delivers punchy performance and makes for comfortable driving on longer trips as well with an electric-only range of 120 km and a combined hybrid cruising range of over 1,200 km. the triple-motor powertrain, with one unit at the front and two at the rear, delivers an improvement in the performance of its full-time four-wheel drive powertrain and mmc’s own super all wheel control (S-AWC) integrated vehicle dynamics control system, bringing new levels of handling stability.

Apr 28, 2021
rolls-royce collaborates with Hermès in bespoke phantom for japanese billionare
designed and handcrafted by a team of specialists from both houses, the car was envisioned as a land jet, bringing the exclusivity of private air travel to the streets.
technology
0 shares
connections: 98
research team in seoul develops rugged, shape-shifting wheels with origami techniques
in their natural state, the wheels are collapsed and small -- when squeezed horizontally, they fold up to their maximum diameter.
technology
685 shares
connections: +540