the ‘gTar’ digital guitar by incident

‘gTar‘ by incident tech is a digital guitar designed to help beginners learn the instrument by integrating with an iPhone to teach users to play songs in realtime.

the system comprises a digital guitar with an amplified slot in its body to hold an iPhone. by loading the ‘gTar’ app onto the phone, users can select songs to learn and follow along with illuminated LEDs along the fretboard.

‘gTar’ lacks pickups, instead using sensors to detect in realtime what users are playing and relay each note to the iPhone, which is responsible for producing the actual sound (itself or via connected speakers or headphones). as a result, the device can play sounds that resemble a range of different guitars and also drums, keyboards, and other instruments. effects like reverb, echo, and distortion can also be adjusted.

three playing modes guide users in different ways as they learn. all display the correct notes via illuminated lights on the fretboard, but in ‘easy’ users play only the open strings; in ‘medium’ they must hit the string along the right fret; and in ‘hard’ they play normally. a feature called ‘smart play’, functional in the ‘easy’ and ‘medium’ modes, prevents wrong notes from being sounded; instead users just hear silence. 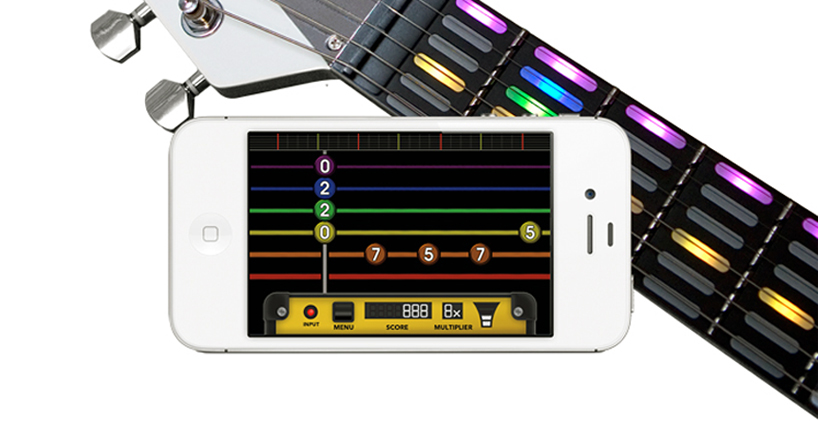 hands-on testers have noted the resemblance of the instrument– which is composed of wood rather than plastic– to a real electric guitar, in contrast to existing similar devices.

having just been presented at techcrunch‘s disrupt NYC conference, as part of the ‘battlefield’ startup competition,

‘gTar’ is expected to be in production by september 2012, retailing for an estimated 450 USD.

through june 25th, 2012, the guitars can be preordered via the ‘gTar’ kickstarter campaign, beginning at 400 USD. 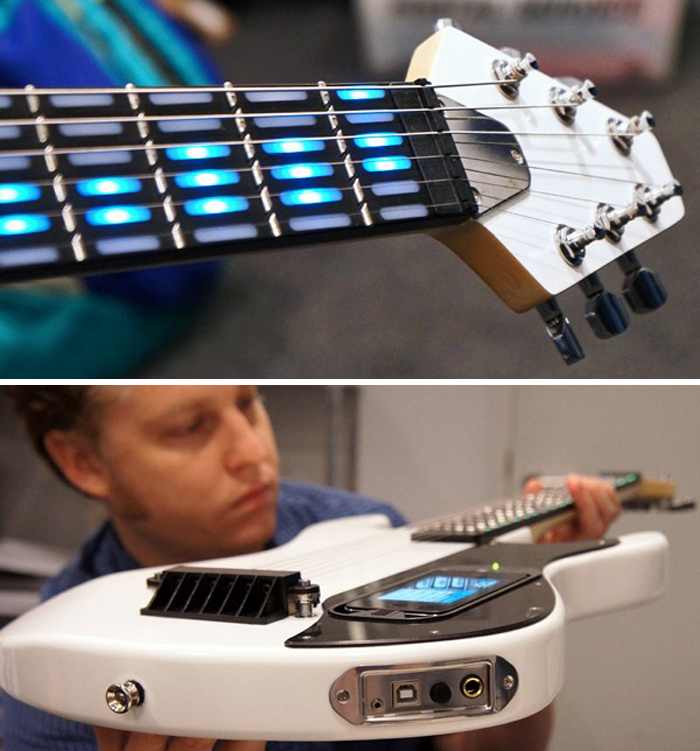 images © engadget in their hands-on preview