what if all the cookies and algorithms that follow us on the internet were also present in our physical spaces? starting from this idea, brussels-based designer guillaume slizewicz developed ‘accept all’, a robotic performance in which five small robots with limited intelligence follow people around like an embodied representation of the monitoring scripts present on our phones and tablets.

accept all was presented as part of an exhibition inside le pavillon namur in belgium. the five robots, displaying different physical features, roamed freely around the exhibition space. as they encountered an audience member, they followed them and played sounds, with each of the five robots having a different score to mirror its creature-like appearance. 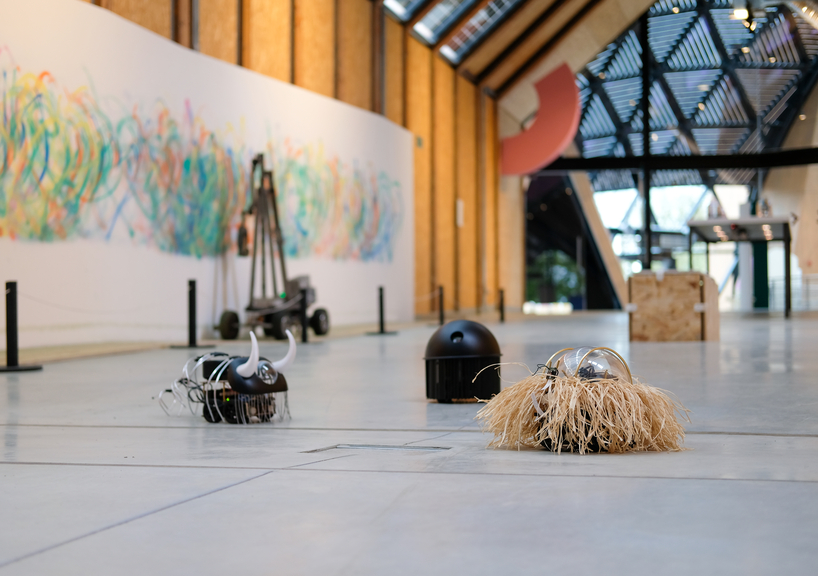 accept all is a performance about possible futures where autonomous machines and micro-targeting strategies merge to populate our living spaces through tiny beings made of plastic, silicone, lithium, metal and wood. this performance addresses the issue of extending current technologies of surveillance and advertising into the material realm. the swarm of robots acts as an analog version of the system of cookies and algorithms that is implemented on the internet to track visitors and display advertisements.

guillaume slizewicz drew inspiration from animals to create the robots, especially in terms of features (eyes, horns, fur, antenna, skeleton). slizewicz also joined forces with local designers who proposed their visions of what autonomous electronic life-forms will look like in the future. two teams of two designers were invited to create a ‘shell’ for the robots. paulineplusluis proposed a robotic jellyfish while côme rouanet and clément chaubet opted for a horned creature somewhere between a bull and a bantha. 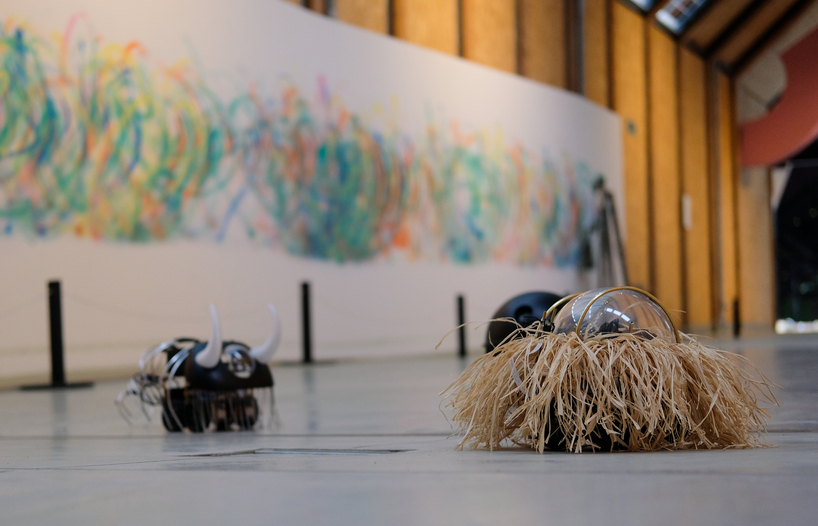 the robots inside le pavillon namur in belgium

how the robots work

accept all is a continuation of a prototype made as part of a research project with especes urbaines. the robots were conceived to make all the electronic components accessible to be quickly built and debugged. they contain off-the-shelf components and are built through accessible manufacturing processes that one usually finds in a fablab (CNC, laser cutting and 3D printing). prototyping for the project was supported by cityfab1, fablabULB and lucalab.

each of the robots is autonomous, and its computing capabilities are run locally. they can follow people thanks to a microcontroller using an object detection model. the robots see through a small camera, and the image is analyzed by the board, allowing them to detect humans. via a python script using openCV, a serial message is sent to an arduino board that controls four DC motors, activating the wheel of the robots, allowing them to move and keep a certain distance from the audience. sounds are played through an embedded speaker when the robot detects that an audience member is close enough.

accept all was made possible through the support of le pavillon namur. 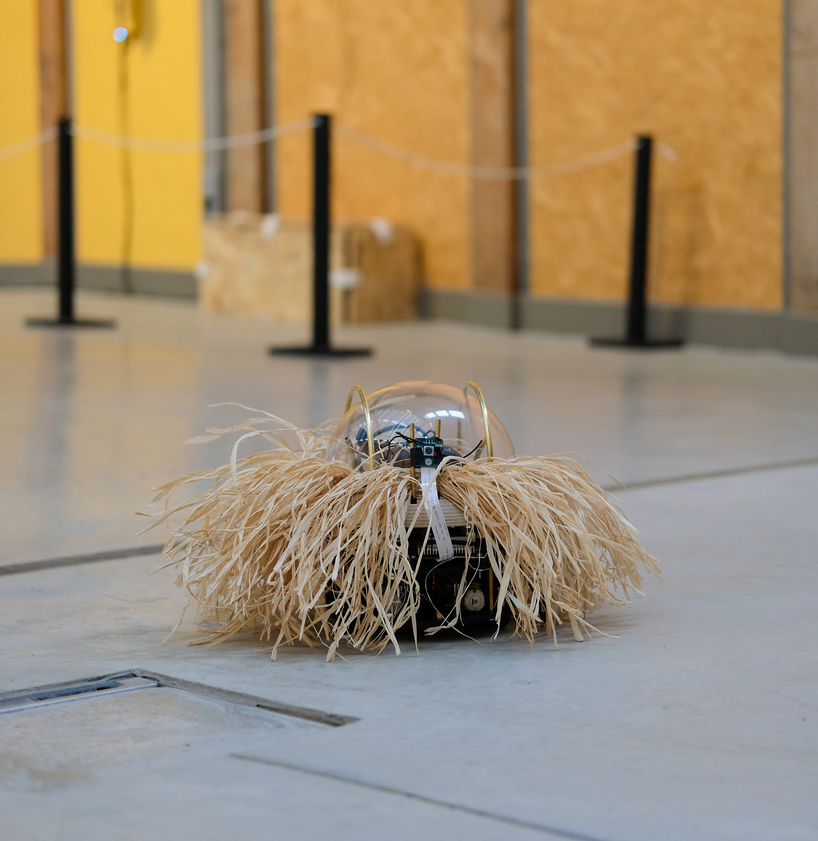 guillaume slizewicz drew inspiration from animals to create the robots 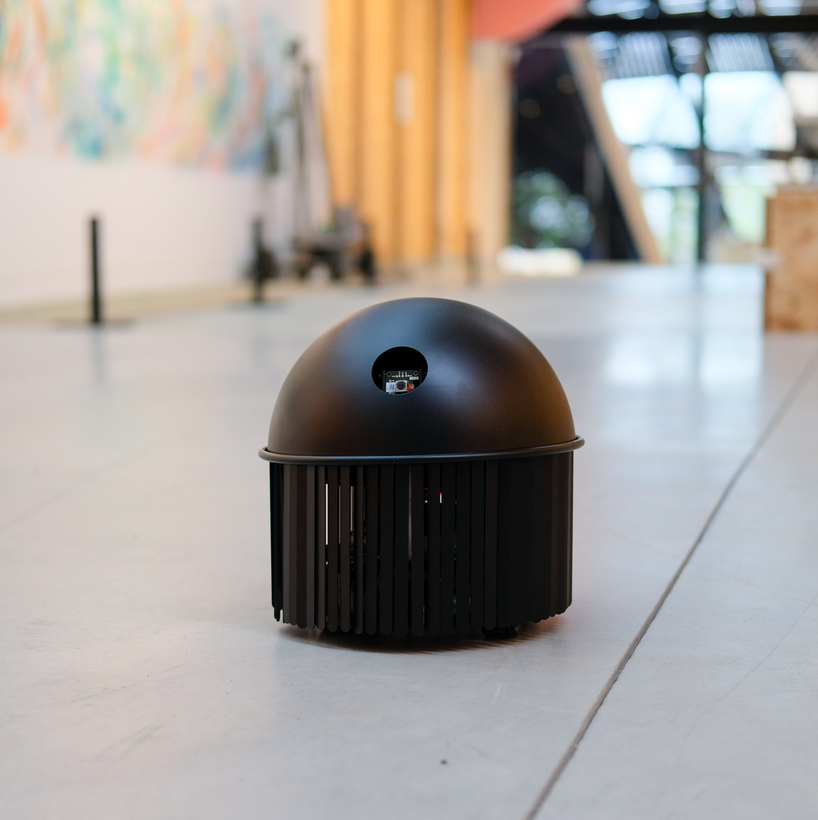 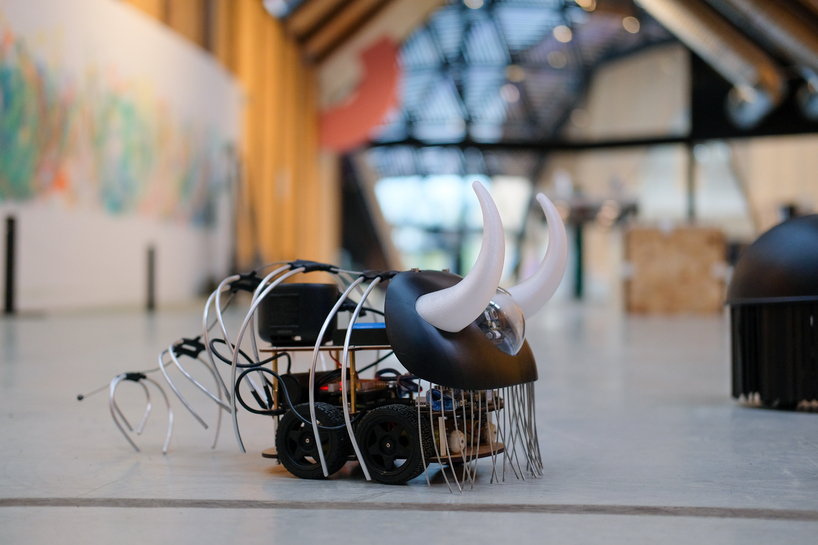 côme rouanet and clément chaubet opted for a horned creature 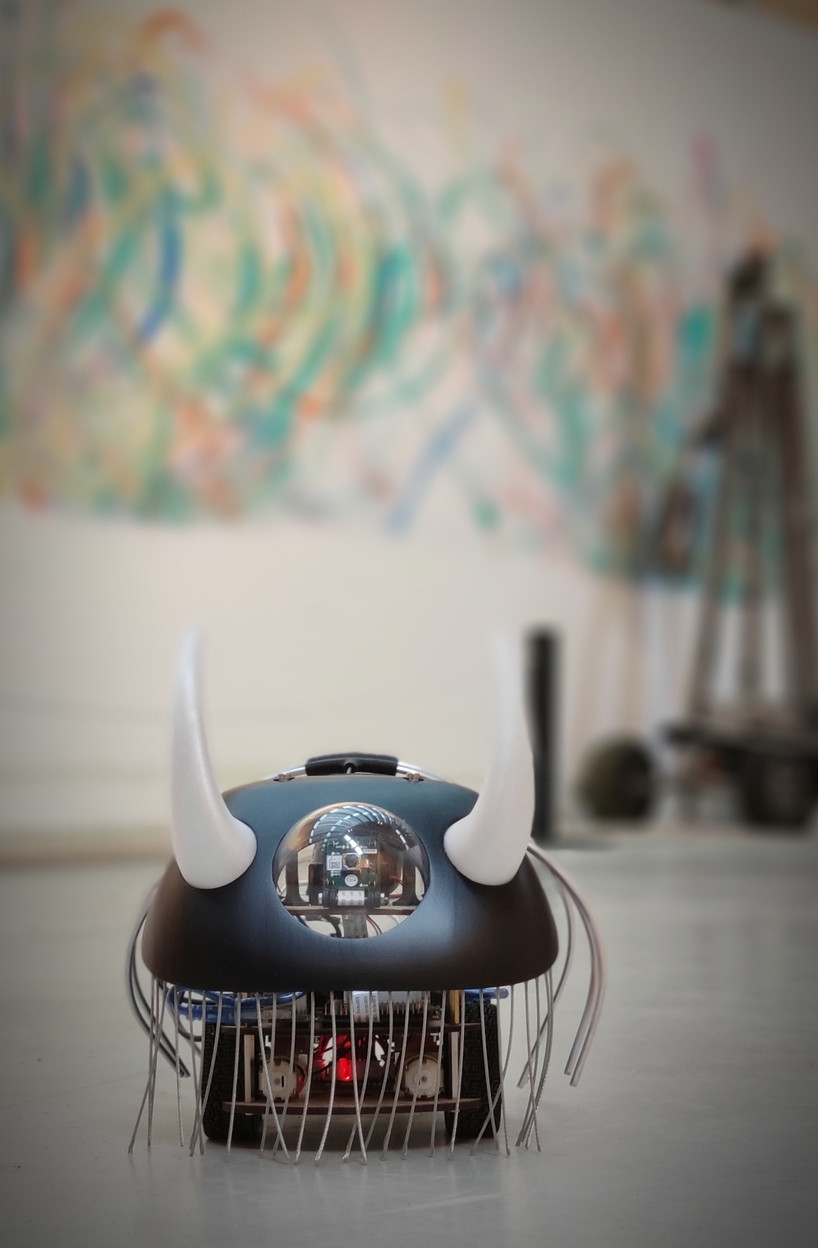 somewhere between a bull and a bantha 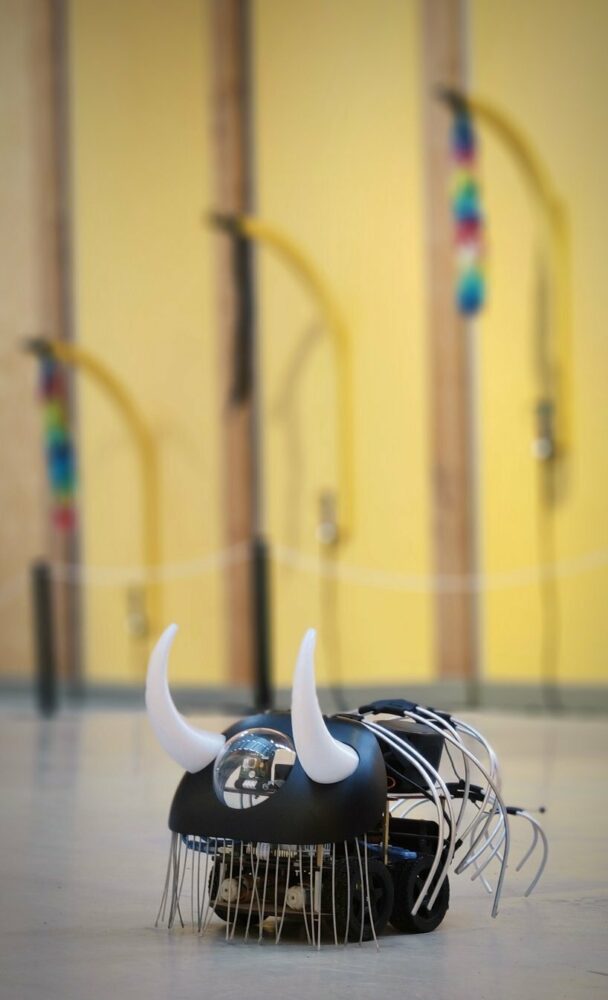 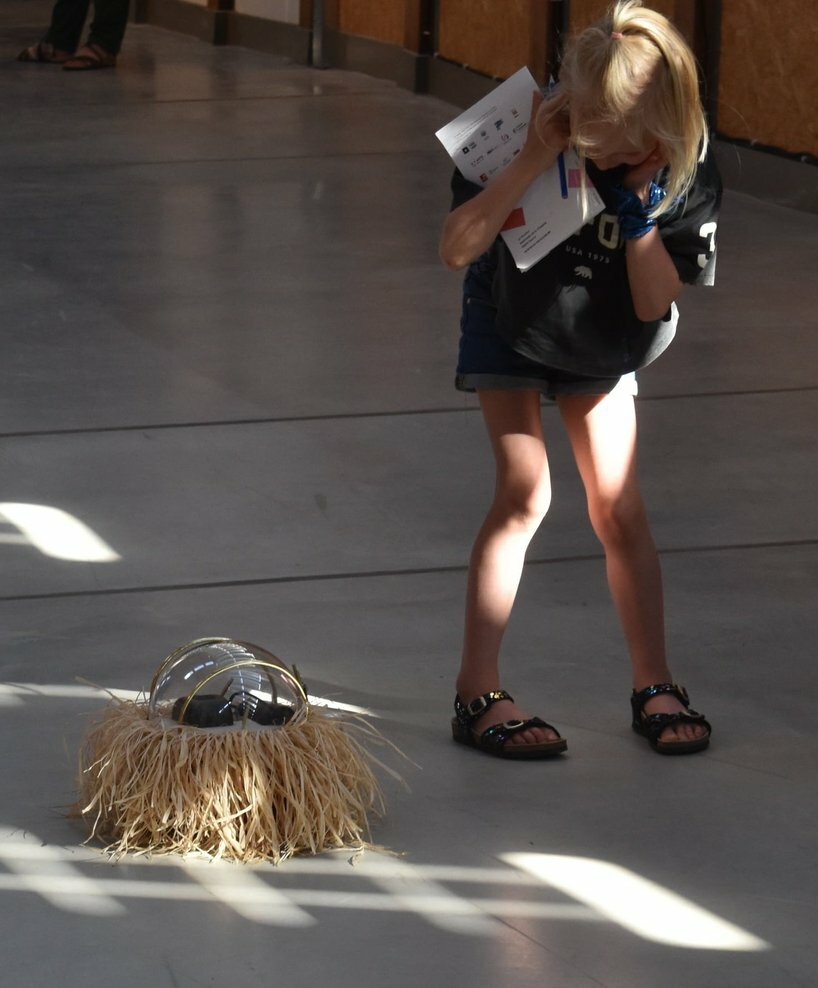 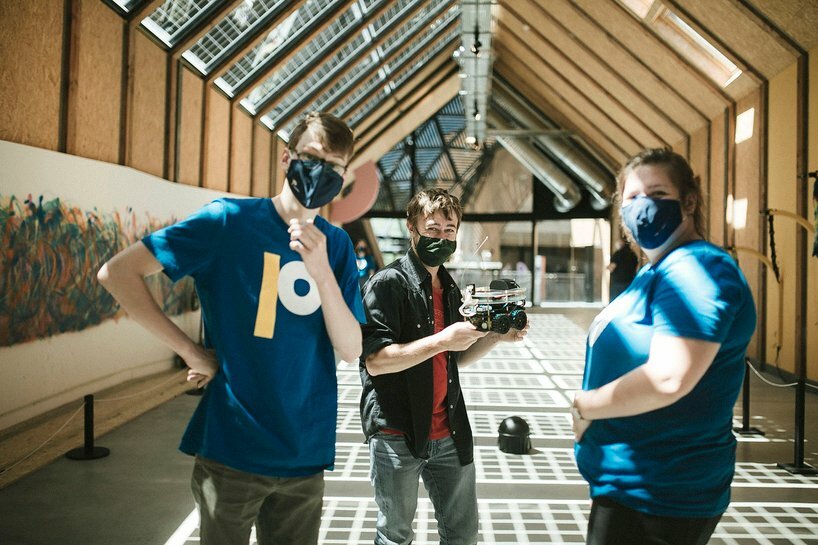 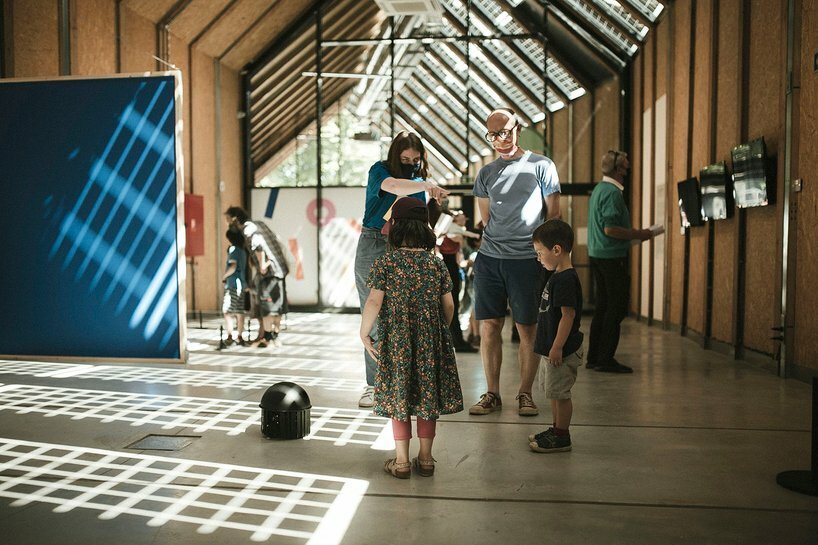 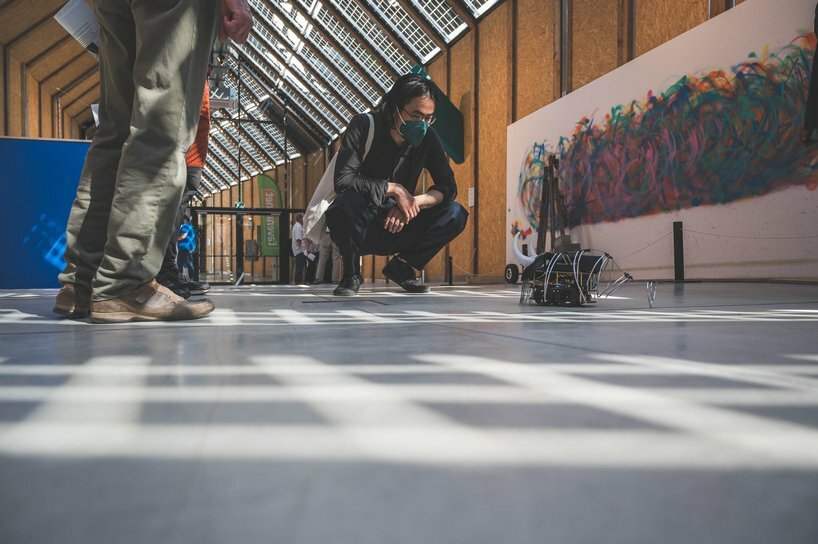