russian engineer eduard luzyanin has assembled the HAMYAK ATV, an all-terrain, mono-tracked motorcycle. the HAMYAK or HOMYAK — meaning hamster in russian — was named after the rodent because of its external resemblance to the animal as well as its ‘unprecedented mobility’. equipped with a 150cc engine made for chinese scooters, the small vehicle is in fact, the size of a child’s bicycle.

since it was unveiled, many have observed the HAMYAK’s inability to turn, and well, they’re right as it doesn’t feature steering. instead, it’s shown on the video, that the bike is able to turn very much like skateboards — by shifting the driver’s body weight or by planting the foot on the side. this is obviously demanding on hard surfaces, but will probably work better on soft ones like sand or snow. 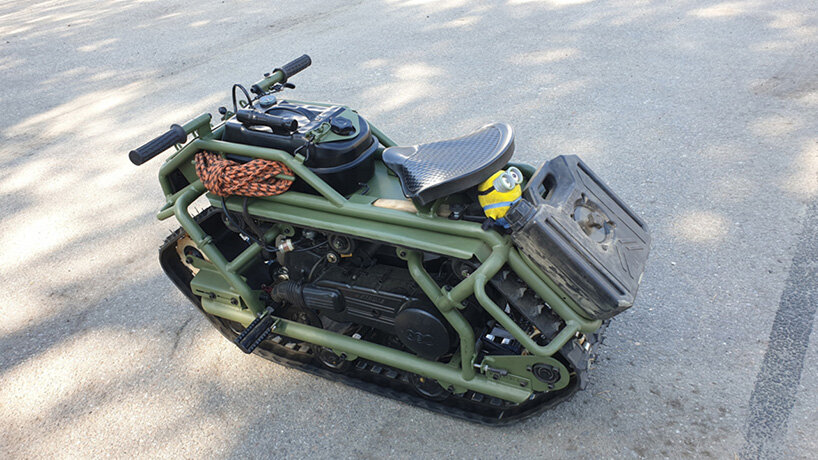 the 150cc gasoline motor powers the HAMYAK through a drive shaft and chain drive combo. the track comes from snowmobiles and features shock absorbing rollers completely built-in. its top speed is 43 km/h (27 mph) but because its lack of suspension, some say it might get a bit rough at that speed. actually, the recommended speed is of 20 km/h (12.3 mph). it weights a total of 85 kilograms (187 lbs) and can fit inside the truck of any automobile. 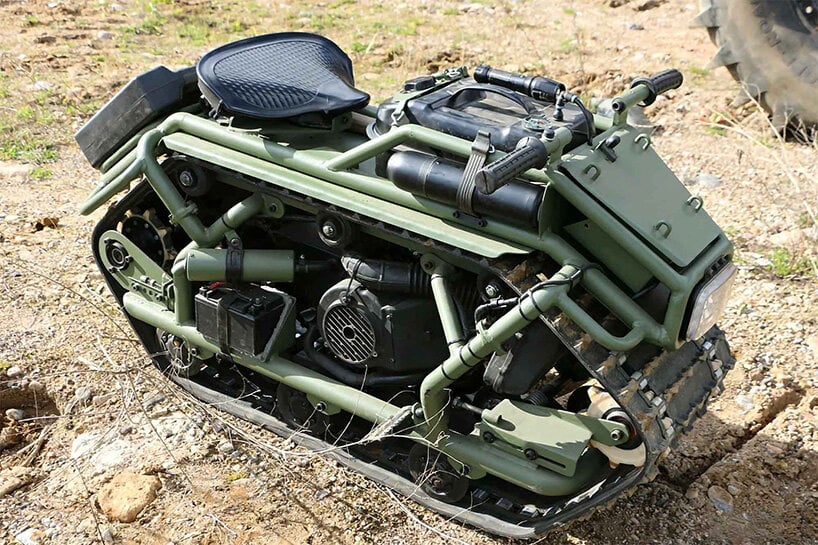 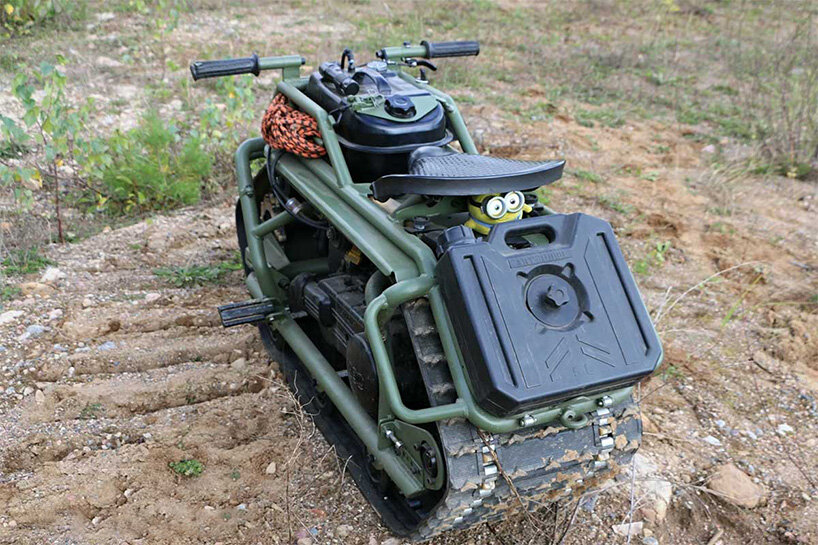 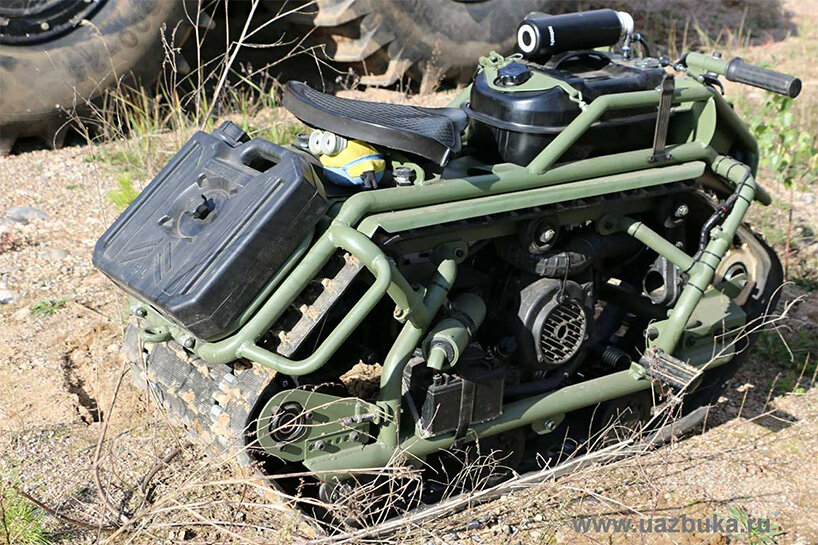 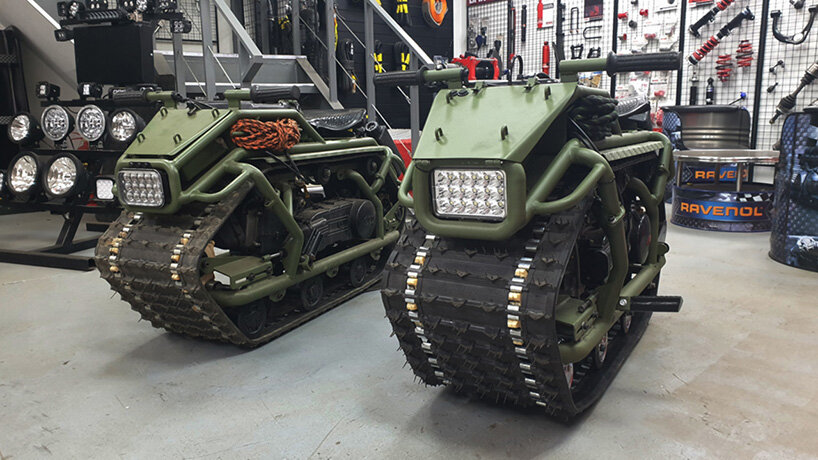