most bikes are built to suit a particular terrain, whether it be flat roads or bumping mountains. the hanebrink on the other hand is designed to work on almost any surface from sand to snow and even ice. the design for this unusual bike comes from dan hanebrink, a former national champion cyclist and NASA aerospace engineer. hanebrink built the first prototype 10 years ago for an arctic explorer looking for an alternative to skis. from there, hanebrink began producing an electric all-terrain vehicle that has 600 watt motor and reaches speeds of speeds up to 20 mph. the bike is able to handle lots of terrains thanks to its super wide tires, 14 speeds of gearing and lithium ion battery capable of 100 miles of traveling on a single charge. 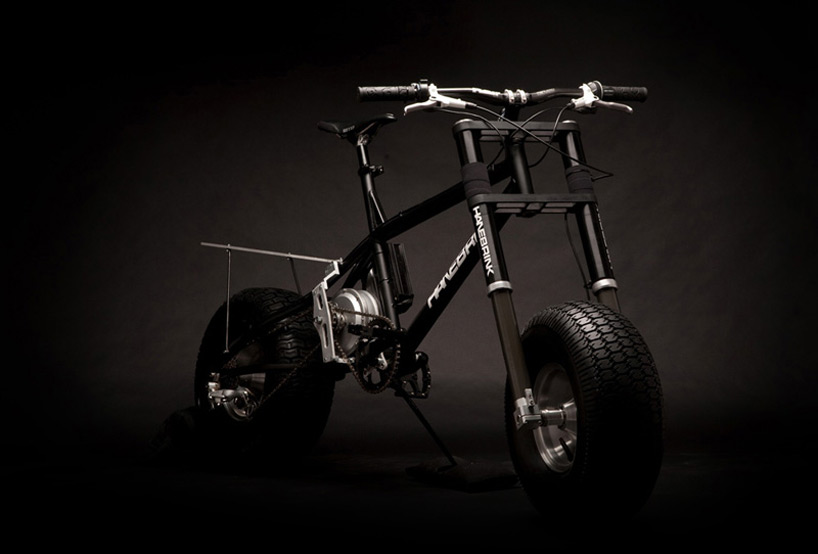 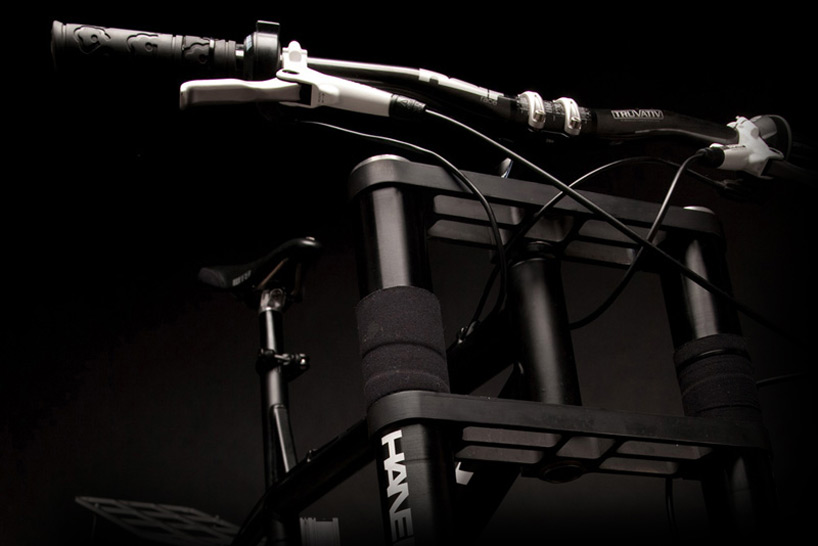 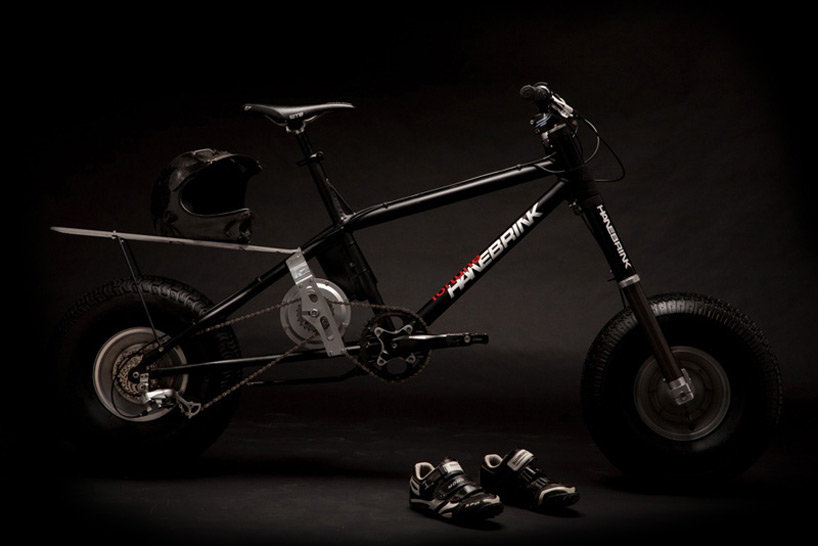 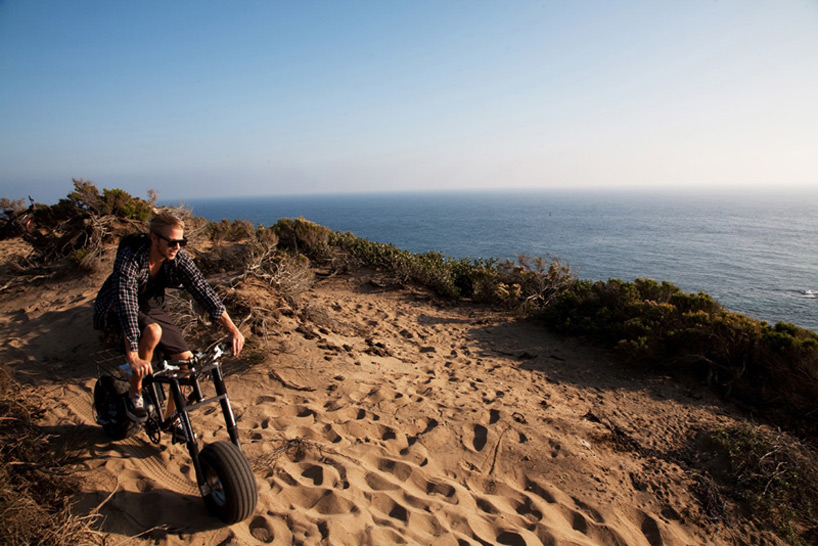 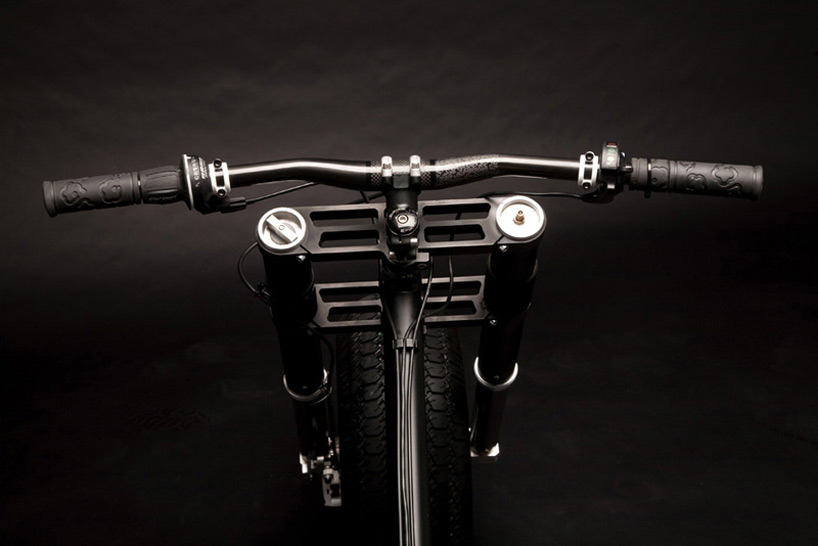 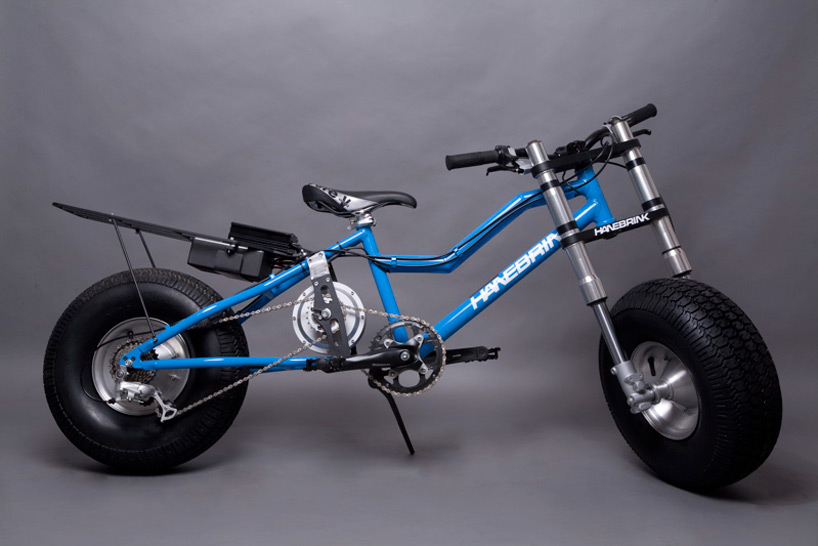