harvard researcher’s long-time project in robotics has produced the latest generation of ‘RoboBee’, with the ability to fly, dive into water, swim, propel itself back out of water, and safely land. it is hoped that the hybrid invention could perform search and rescue missions, research studies and environmental monitoring. 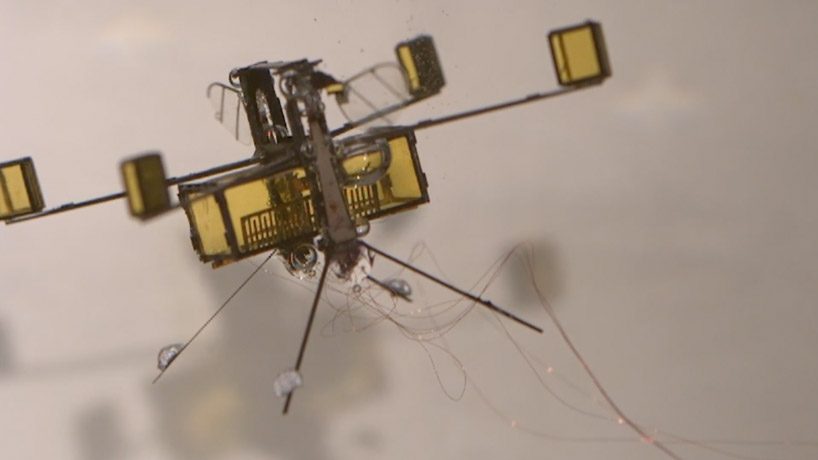 the robot is the latest in a series developed by harvard researchers, images courtesy harvard

the Robobee is the latest in a series developed by a team of scientists at harvard who, since introducing the robot back in 2013, have found new ways of exploiting resources from the environment to enable new features. a previous model released in 2016 used static to stick to walls. 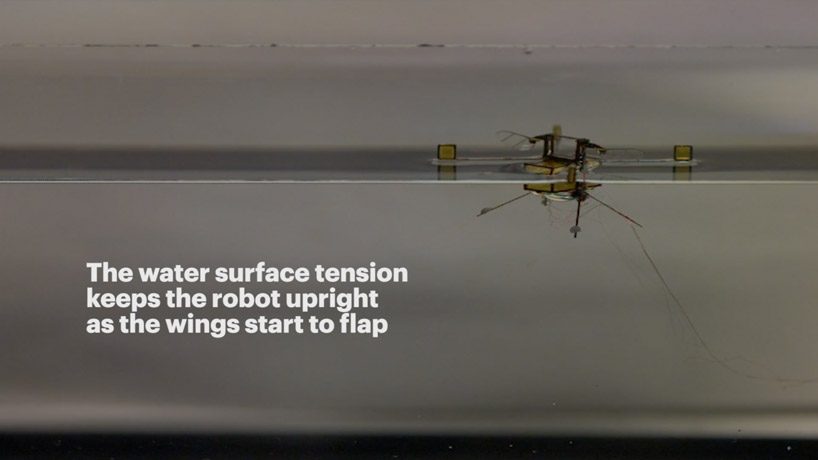 buoyancy technology stabilises the robot on the surface of the water

the newest generation of Robobeehas been designed to have two different wing-flapping speeds, one for the air and one in the water. the problem faced by the scientists was finding a way for the robot to transition from one environment to the other. 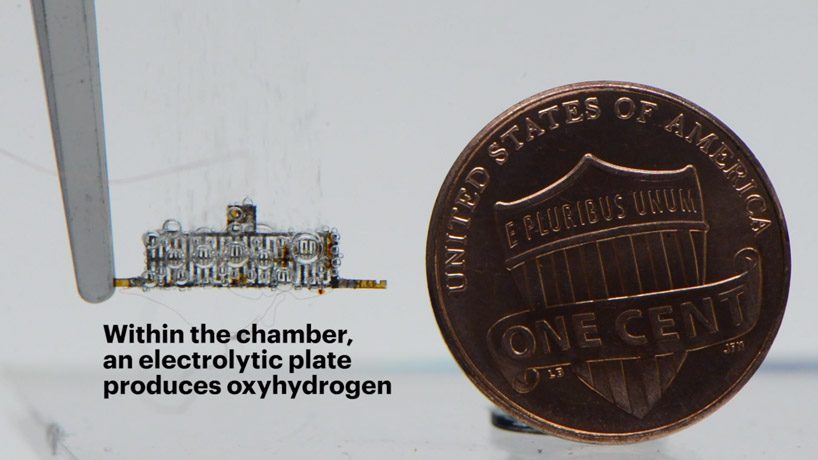 to solve the problem, researchers outfitted the robot with four buoyant outriggers (like armbands for robots) and a gas collection chamber. when the robot swims to the surface, an electrolytic plate in the chamber converts water into combustible oxyhydrogen, which pushes the wings out of the water. the outriggers stabilize the robot which then ignites the gas, propelling itself out of the water. 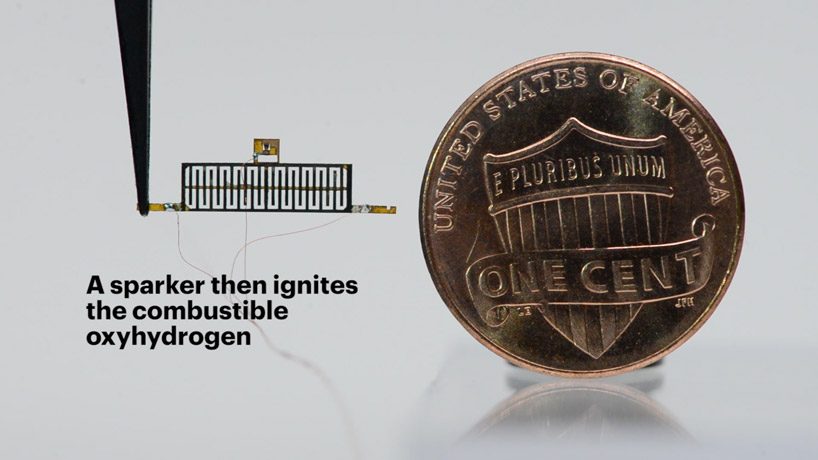 the robot is about 1/15 the weight of a penny

“this is the first microrobot capable of repeatedly moving in and through complex environments,” explains yufeng chen, the first author of the paper. “we designed new mechanisms that allow the vehicle to directly transition from water to air, something that is beyond what nature can achieve in the insect world.” 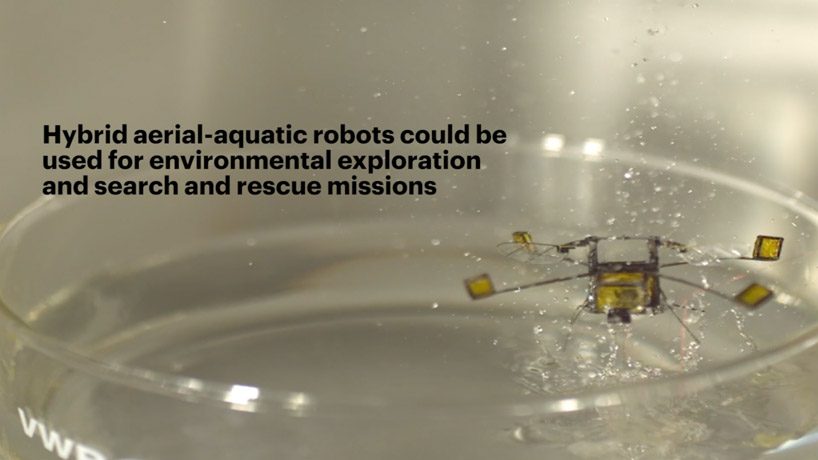 whilst the robot cannot immediately take-off after exiting water, this is something researchers are looking to develop. at present, the robot is designed to land on its feet once being propelled into the air.

RoboCut, a robot that can sculpt styrofoam like an artist

HAMR-JR, coin-sized robot by harvard researchers inspired by a cockroach