maxwell hazan has achieved close to what can be considered perfection with the ‘KTM’. as two-time winner of pipeburn’s bike of the year award, he’s one of the few motorcycle designers globally that could lay claim to the title of ‘world’s best’. 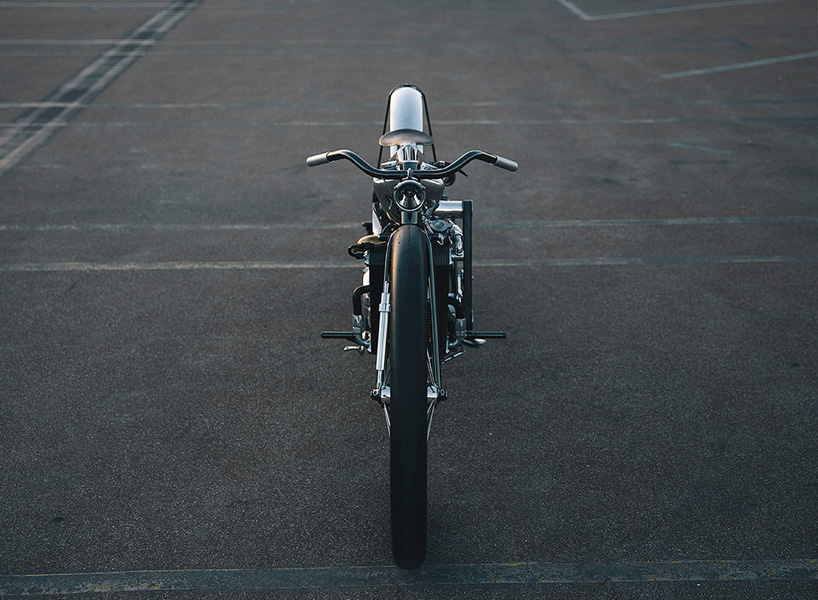 hazan motorworks’ idea for the ‘KTM’ was to create something like the first motorized bicycle — ‘light, cheap and fast‘. the KTM ‘racing four stroke’ engine suited the project perfectly, as it has the cleanest form of modern 450-type motors, and it is relatively bulletproof. he then plumbed in an aisin ‘AMR350’ supercharger, similar those fitted on to small, japanese-market subcompacts bikes, creating an overall displacement of 300 cc. 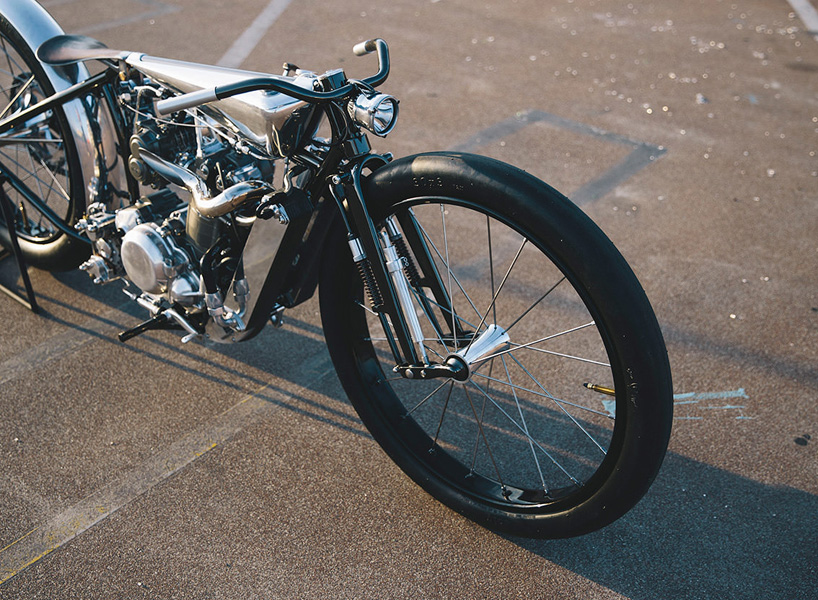 the slim tank is hand-crafted from ‘6061’ aluminum, and at the front is a separate coolant reservoir, finished in ‘black nickel’. the workshop polished and plated them in a traditional fashion, then chemically tinted, and clear coated. the wheels and ‘clincher’ tires are an old combination that max is familiar with — each rim has a flange that interlocks with the bead of the tire, in a system and size that owners of the ‘model T’ ford may recognize. 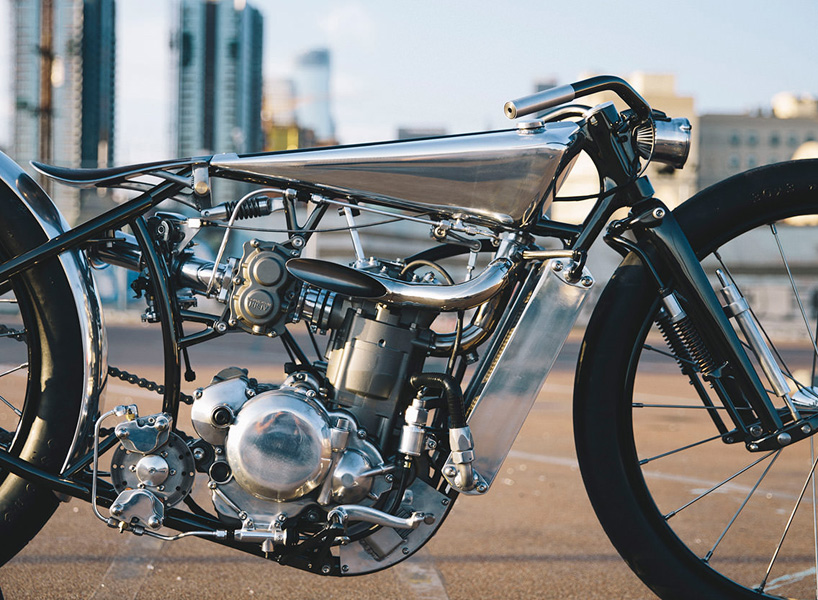 although some of the components are bulky, the finished bike weighs in at just 245 pounds wet — around 111 kilos. much of the effort on this build went into the rear-hub setup, an idea that maxwell had while sending the design to a CNC shop. the hub makes use of an asymmetrical lacing pattern — radial 10-spoke on one side, crossed 20-spoke on the drive side. the minimalist frame might be one of the strongest to roll out of the motorworks shop. it’s all 1/8-inch wall, 1.25-inch chromoly tubing, with the neck milled from a solid block. the forks and front suspension are also bespoke, carved or machined from solid 2-inch chromoly bar stock. 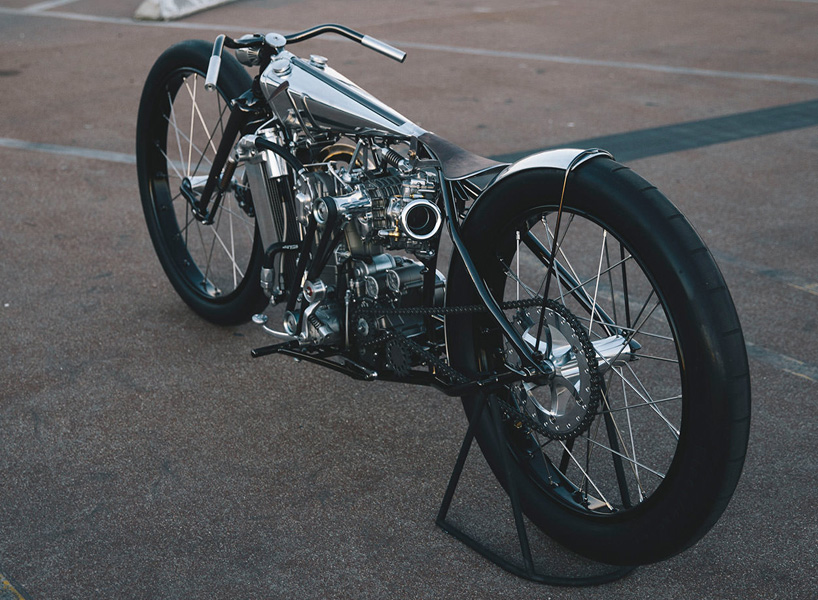 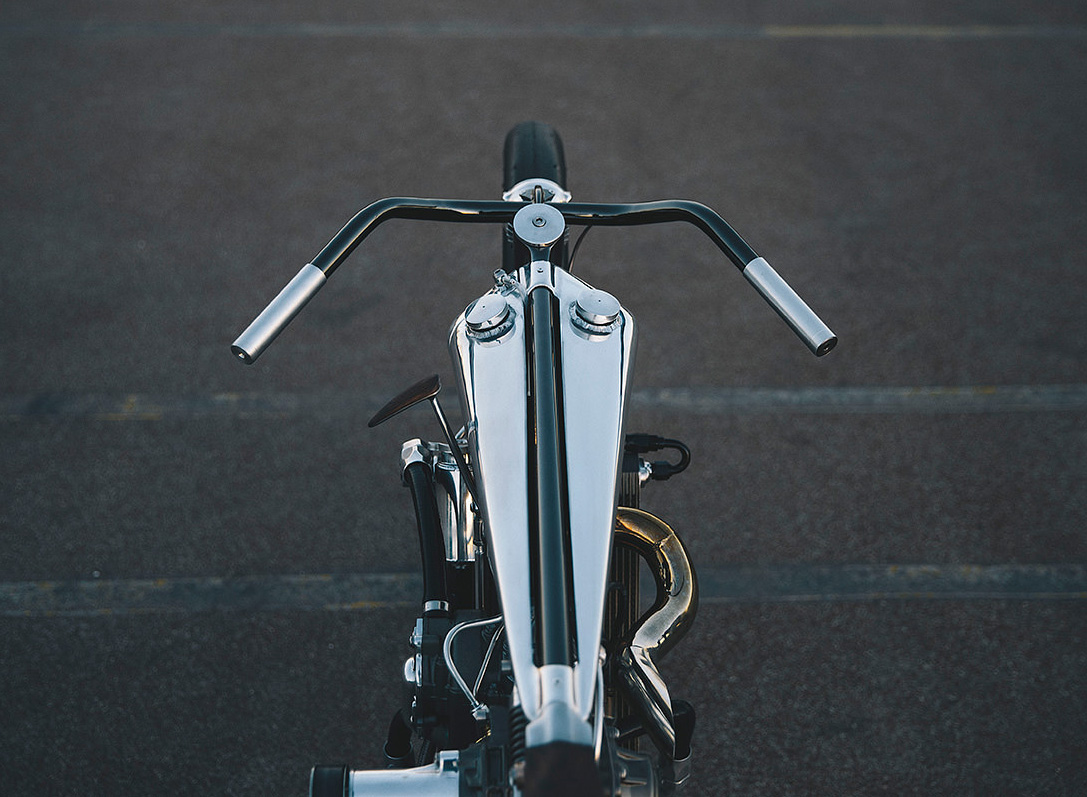 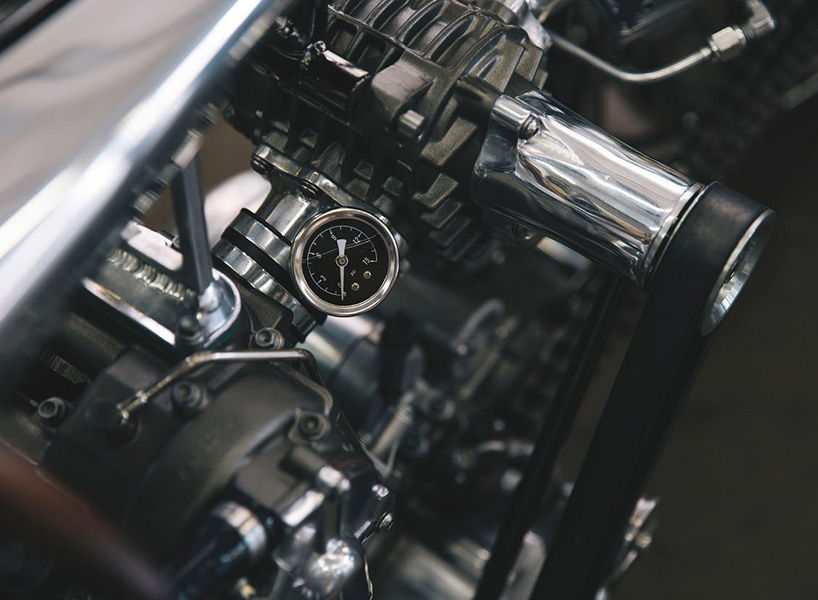 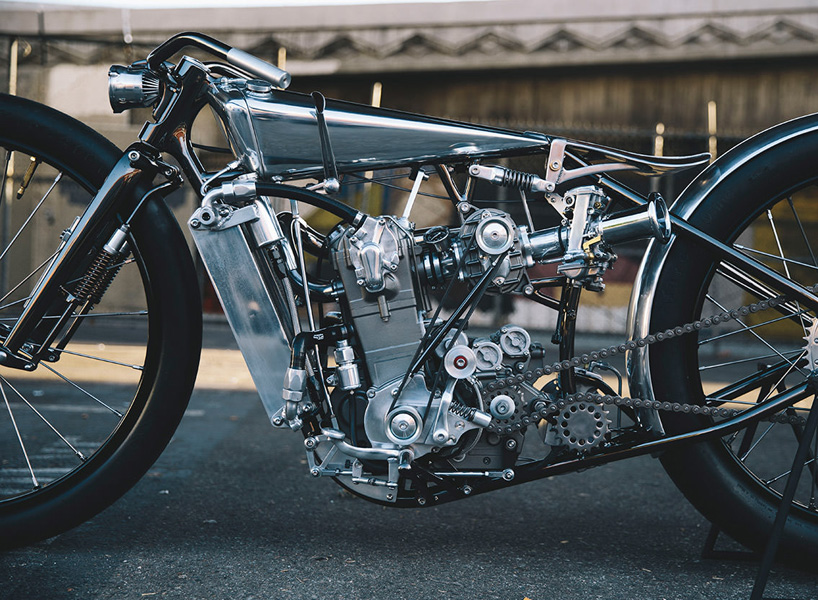 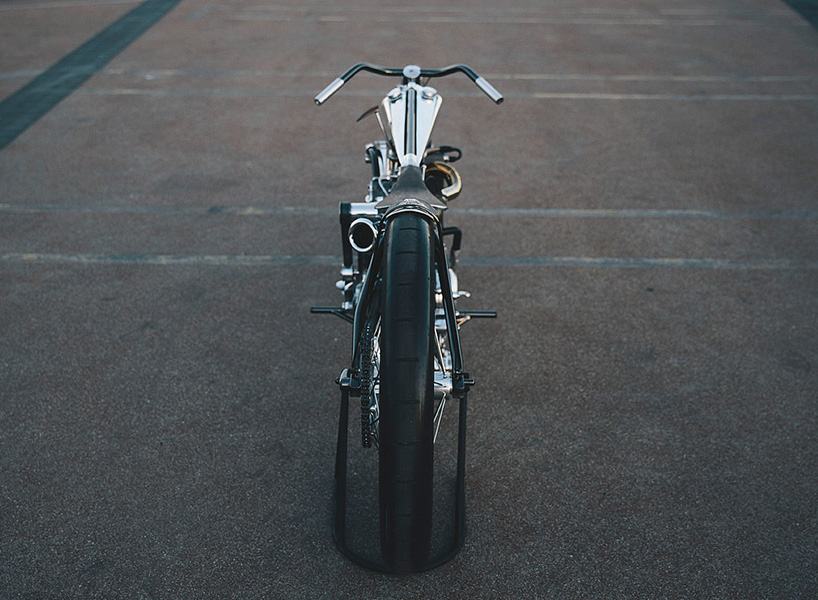