Crossing an era where pandemics and wars have become the new normality, more and more designers try to adapt to this new situation with innovative projects. Unmanned aerial vehicles or the so-called drones gained a lot of popularity in the consumer entertainment sector, while in recent years have taken on more infrastructure-related tasks, such as traffic surveillance and the delivery of goods.

‘VR Helicopter Drone’ is an unmanned aerial vehicle concept created by the young designer Vladislav Kulikov. The project was developed rapidly through drawings and 3D renderings to offer a first impression of the model that perhaps come to life one day. In contrast to the compact form of ordinary drones (such as the dronut X, or the mini flying camera ‘pixy’), the said comes in a medium size with a helicopter-like shape. According to the designer, the vehicle is conceived for flying inside cities, building routes, and delivering a small cargo reliably. 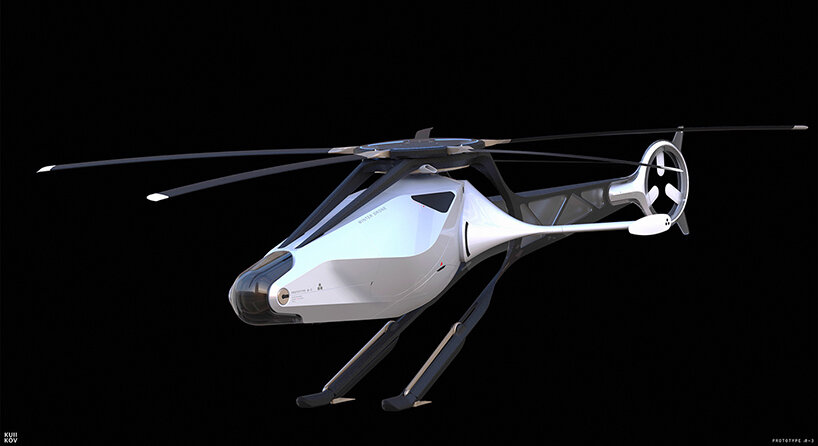 all images by Vladislav Kulikov

Vladislav Kulikov (see more here) proposes a helicopter-shaped drone for cargo missions. Its cabin is inspired by the body of birds and gives the feeling of being detached from its skeleton. Thanks to its aerodynamic body, the structure will come with less friction and will probably use less energy compared to conventional drones. Furthermore, unlike other quadrocopter drones, its single propeller has a lower space requirement. In fact, this unmanned aerial vehicle will serve as an addition to an upcoming big project, according to the designer. 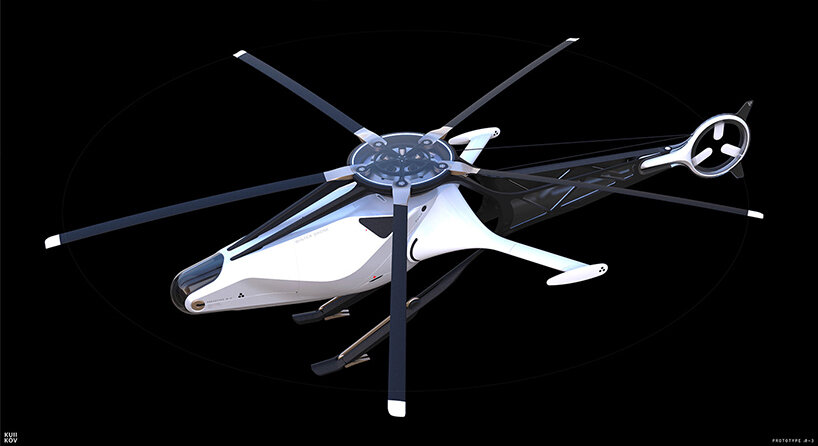 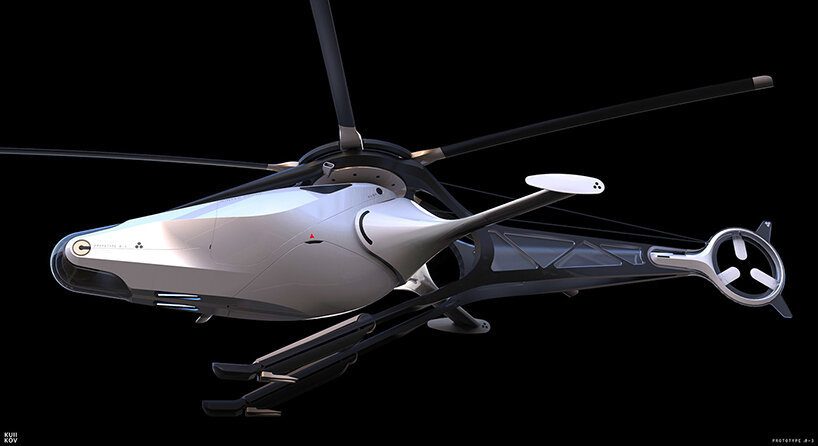 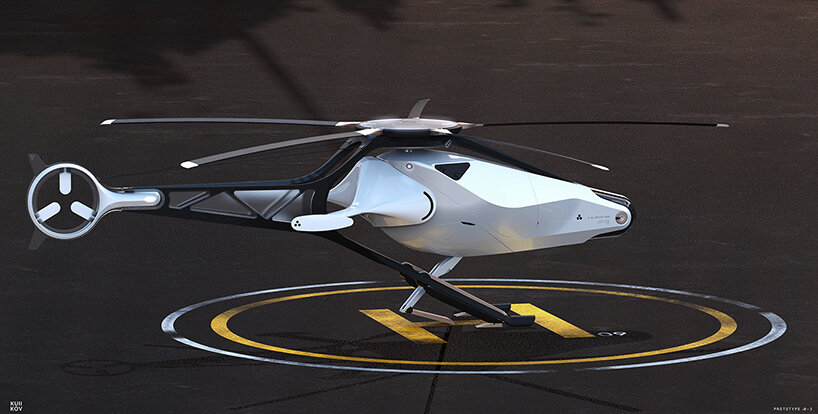 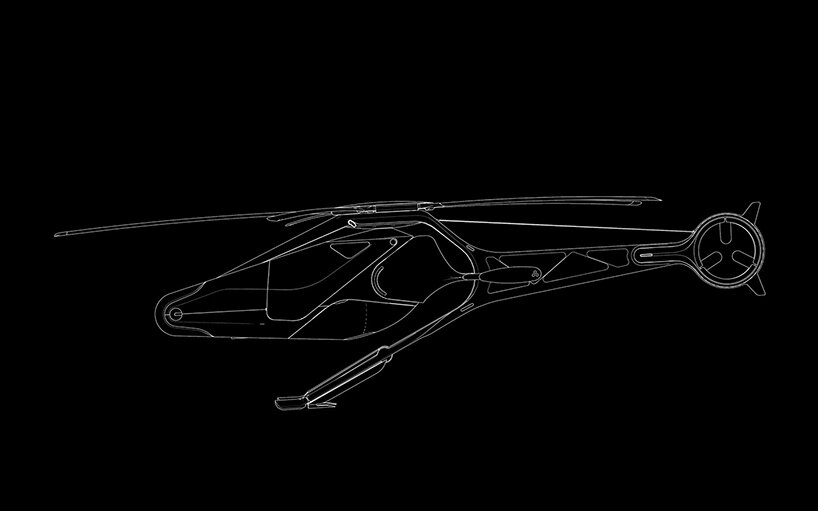 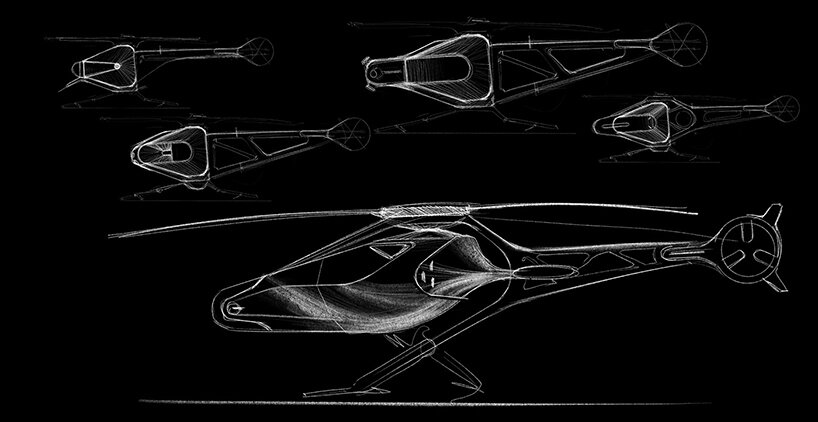