’the endless runway’ is a new airport concept from dutch scientist henk hesselink, consisting of a 3.5 KM diameter round runway encircling the terminal building. the circlar runway—which allows up to three planes to take off and land at the same time—would take up just a third of the space of a conventional airport. fed up with delayed flights due to wind conditions, hesselink designed a runway concept that can be used independent of changing wind speed and direction, since there is always a point without a crosswind on the circular track. 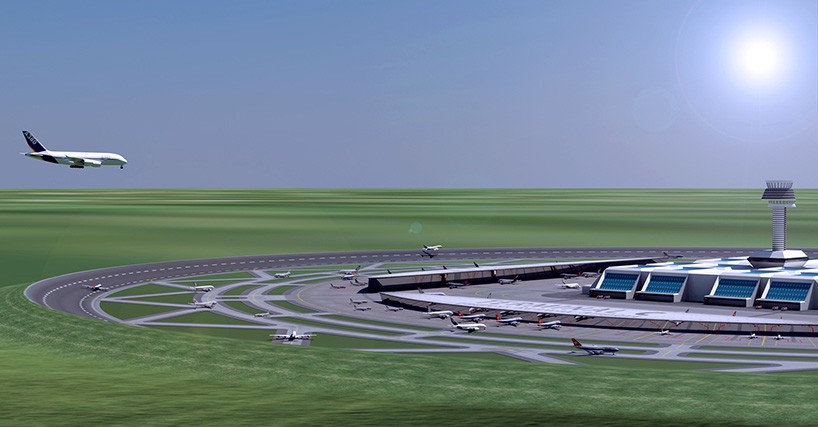 hesselink originally came up with ‘the endless runway’ after watching one too many scary crosswind plane landings on youtube, and decided to take action to improve the situation. the circular shape of the banked runway would allow it to be used in all wind conditions, by allowing planes to take off and land at any point on the circle. in strong, blowy conditions, aircrafts would land at the point where wind was at a minimum. with changing wind direction, the aircraft can move with the wind, preventing bumpy landings and costly operations for changing runway direction. the ring-shaped track also ensures that the planes always have headwind when they need to take off and land. 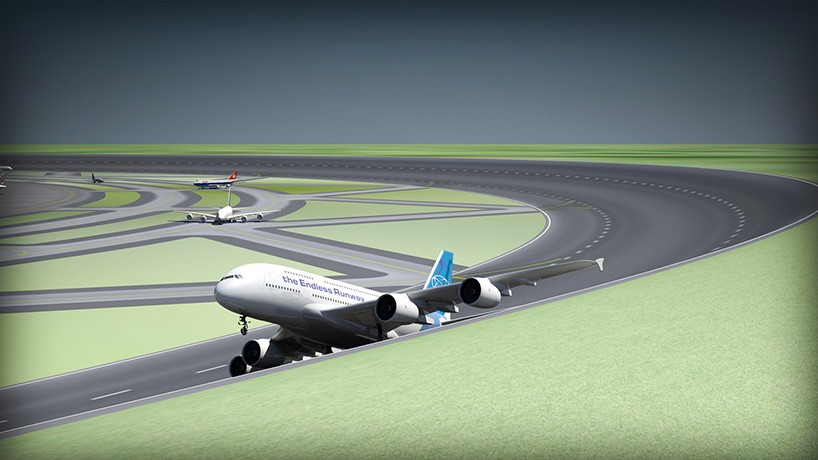 alongside improving the flying experience for passengers, hesselink also believes that making runways ring-shaped can have a positive environmental impact. since planes will not have to compete with strong cross winds, they will burn less fuel in the area around the airfield. planes will be able to fly in from any direction, giving the pilot greater control over where to fly, and where to avoid flying. the increased choice in take-off and landing direction would be a big step in managing air traffic conditions, which are increasing greatly as the airfield sector doubles in size every 15 years. 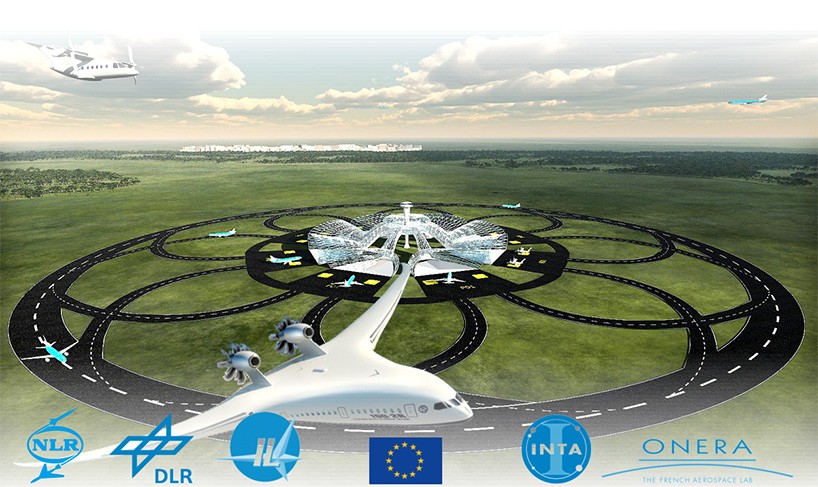 the ‘endless runway’ project is supported by NLR, among other large aerospace companies

the circular runway is equivalent in length to three straight airstrips, but hesselink’s team have calculated that it would be able to handle the demands of four normal runways, allowing airports to occupy less land space. ‘the endless runway’ project is supported by the netherlands aerospace centre (NLR), along with DLR germany and ONERA in france. 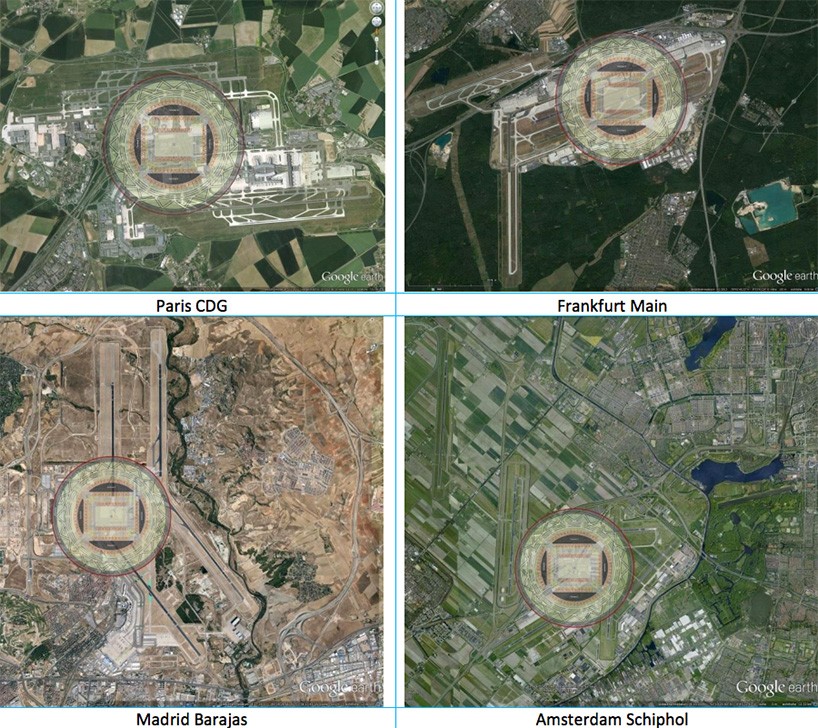 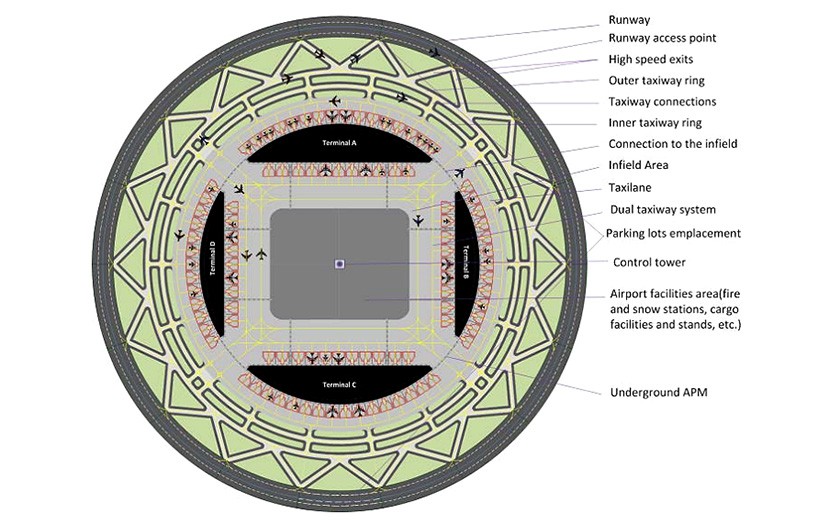 a diagram explains the functionality of the circular track