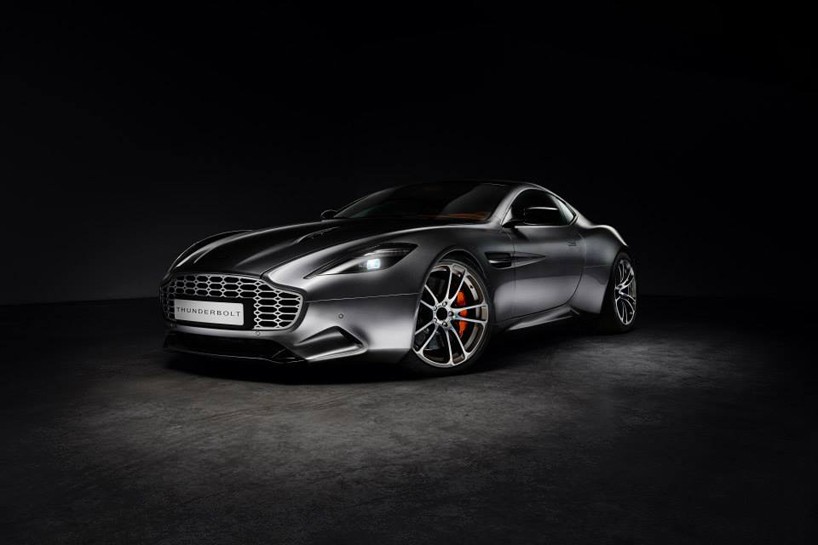 unveiled at the 2015 amelia island concours d’elegance in florida, henrik fisker’s ‘thunderbolt’ is a personal coupé interpretation of the aston martin ‘V12 vanquish’. its powerful exterior profile, formed from hand-laid, coach-built carbon fiber, showcases undeniable characteristics that are concurrent with the automotive designer’s past work. the body is clean, with no creases but has a deeply sculpted side air ducting and long, triangular air intakes on its large hood dome. staying with the roof, the sportscar has panoramic dark tinted glass which leads down to the wraparound rear window and thin protruding, blade-like tail lamps. matching this, the front also boasts a unique set of head lights and a distinctive aluminum grille. 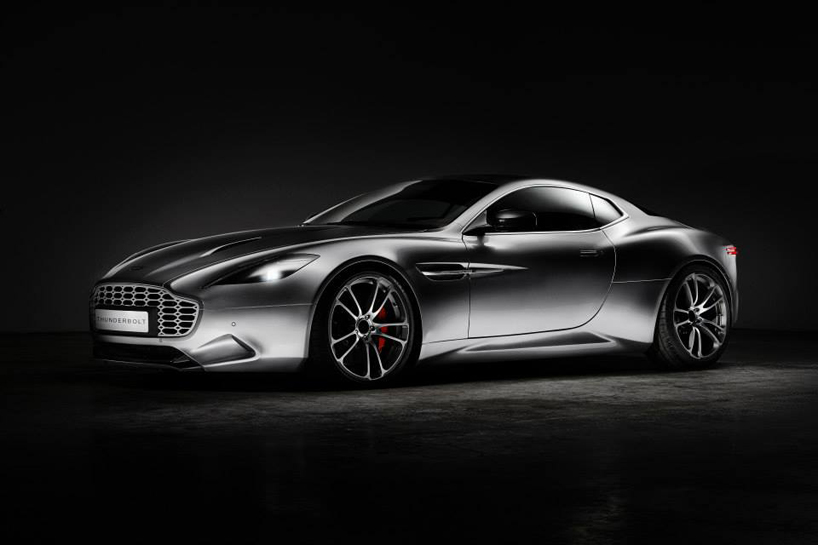 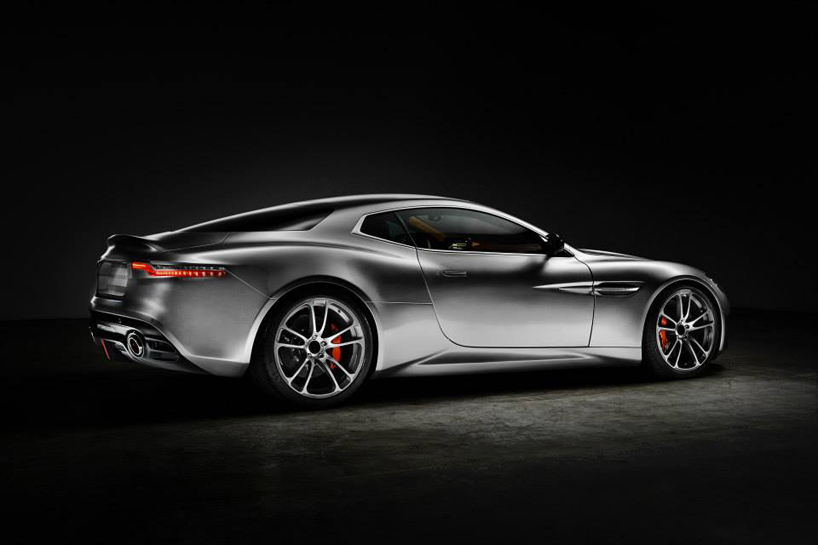 inside, the ‘thunderbolt’ maintains the original’s traditional elegance but adds leading connectivity and user interfaces. one such example is the panasonic 11.6-inch curved control screen, a first to be applied in a car, which reduces reflections and glare, offers high-resolution and is adjustable to the driver’s height preference. showcasing its interior glamor, the dash features a skeleton chronograph from the swiss watch maker maurice lacroix, has trimmed leather surfaces by the italian furniture manufacturer natuzzi, and has a champagne bottle holder. 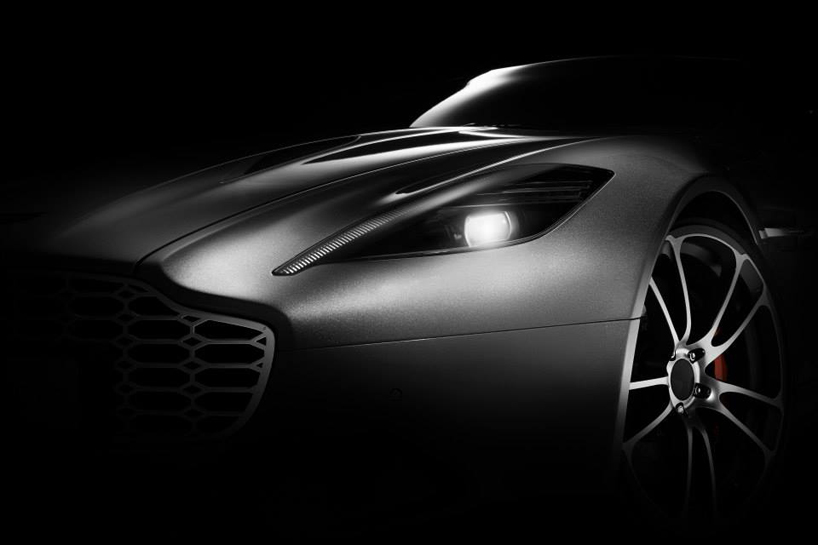 ‘aston martin already makes some of the most beautiful and powerful cars available today,’ said galpin aston martin president, beau boeckmann. ‘henrik’s design builds upon this. it’s simply beautiful and really must be seen in-person to understand what an amazing piece of sculptural art it is. the amelia island concours d’elegance is one of the premier car shows in the world, celebrating coach building and fine design, this was the perfect place for thunderbolt’s debut.’ 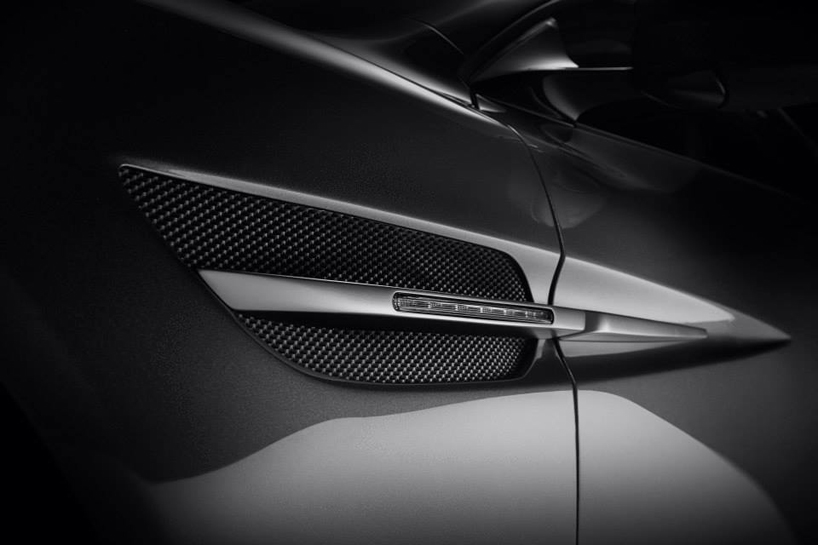 made as a one-off prototype by fisker, a very limited number of additional cars can be specially ordered through galpin aston martin. 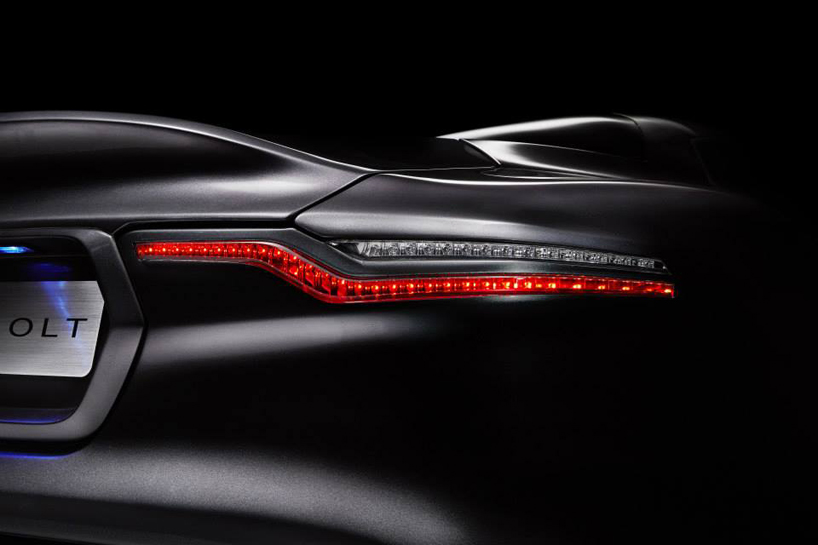 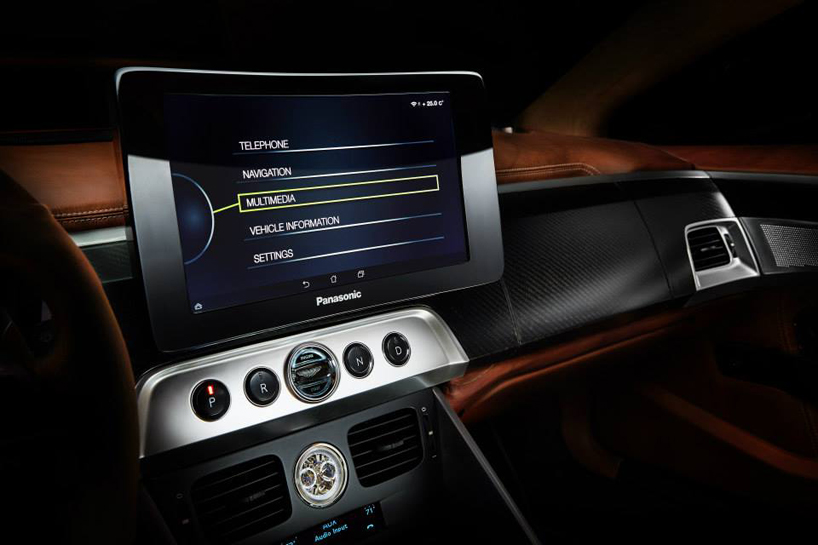 its panasonic 11.6-inch curved control screen is the first to be installed in a car 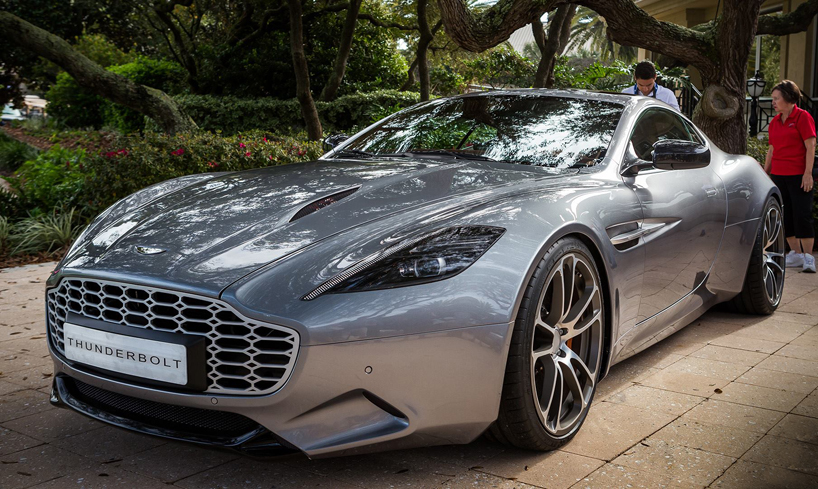 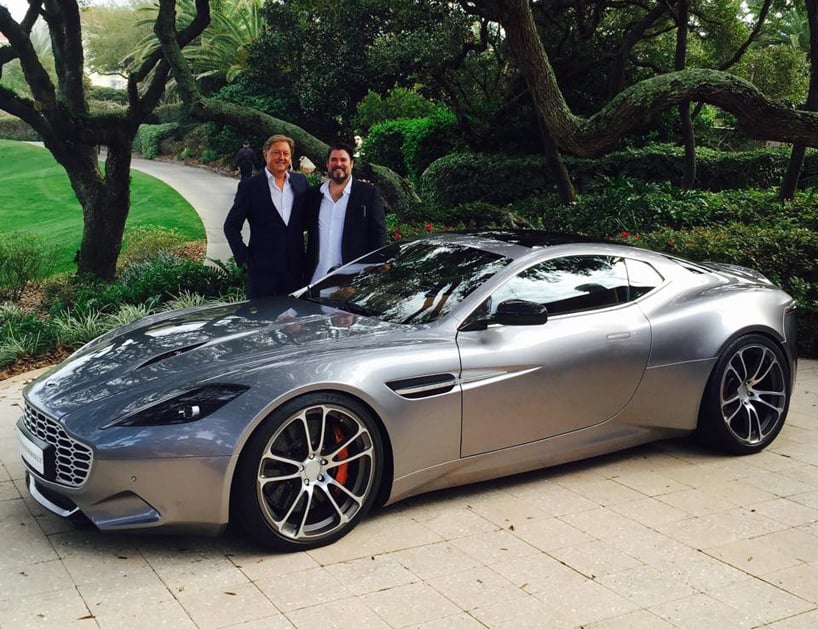 the thunderbolt on display at the ameia island concours d’elegance 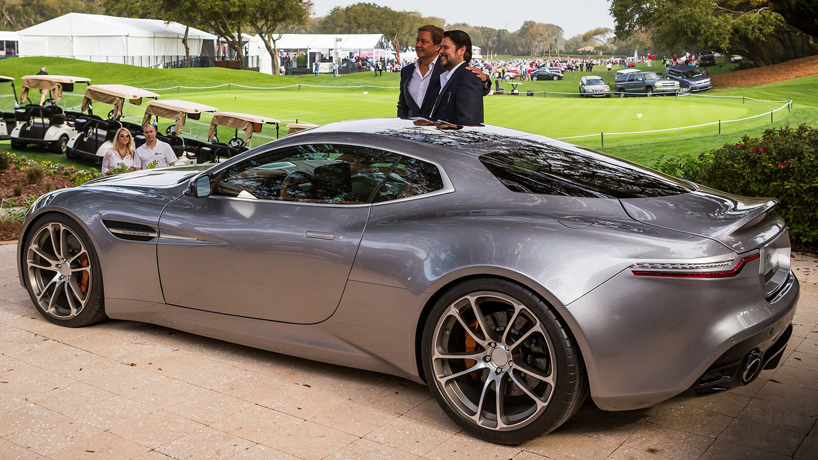 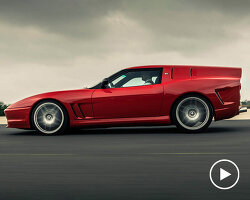