bike design. french luxury brand heroin is out to create a bicycle influenced by the ‘modulor’ – an architecture concept, that according to its inventor le corbusier, unlocks the secret of ideal proportions to achieve perfect harmony between humans and the space they live in. adhering to the same rigorous standards, founder marc simoncini and the design team have succeeded in combining raw materials and natural lines to craft an unique bicycle. the project was surrounded by leading experts in carbon, aerodynamics and morphological analysis to ensure every detail payed off. 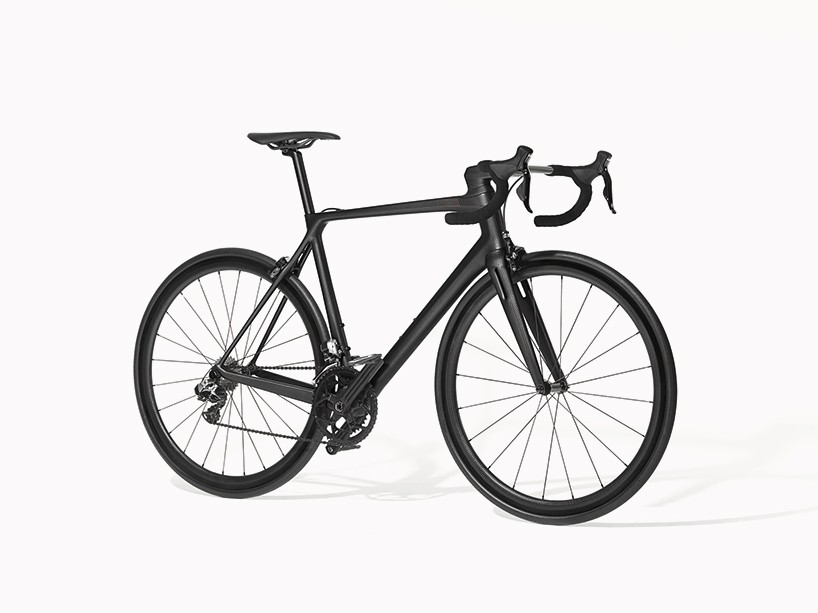 the heroin bike is assembled in france from parts manufactured by craftsmen in italy. driven by their passion for innovation, they have risen to the challenge of making a bicycle that stands out from the pack by reconciling performance and technical prowess with simplicity and style. attaining their goal took more than two years of hard work, during which they had to reinvent everything, from the type of carbon fiber to the shape of the tubes to the finished texture. each part was conceived, designed and developed with the tiniest details in mind. 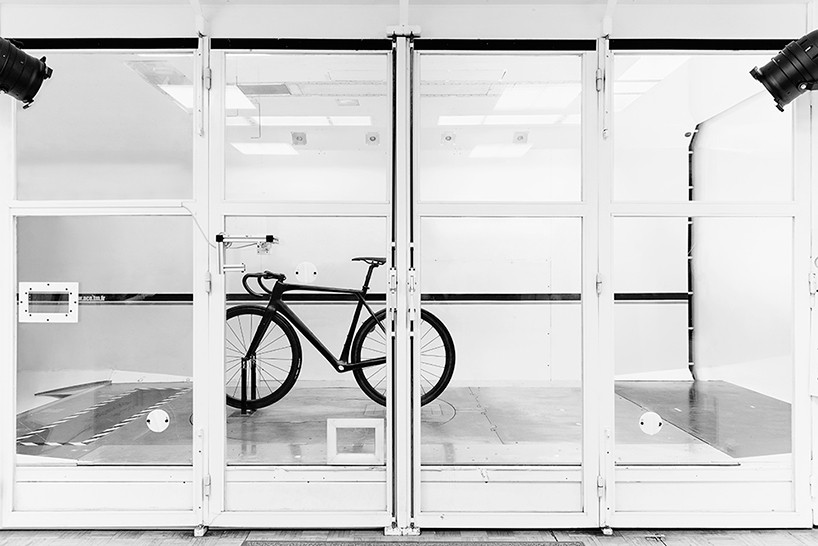 its stiffness/weight ratio is attributable to a unique manufacturing technique that combines tube-to-tube assembly with a monocoque frame. made entirely by hand with carbon fiber used primarily in the aerospace industry, each part is calibrated, fine-tuned and assembled according to a top secret process. the honeycombed texture is molded onto each tube in areas that are most exposed to air resistance. the resulting depression modify airflow, thus maximizing the bike’s aerodynamic profile. this discovery, which was made possible by years of work in wind tunnels: at just 12 mph the bicycle drag coefficient was boosted by almost 10%. 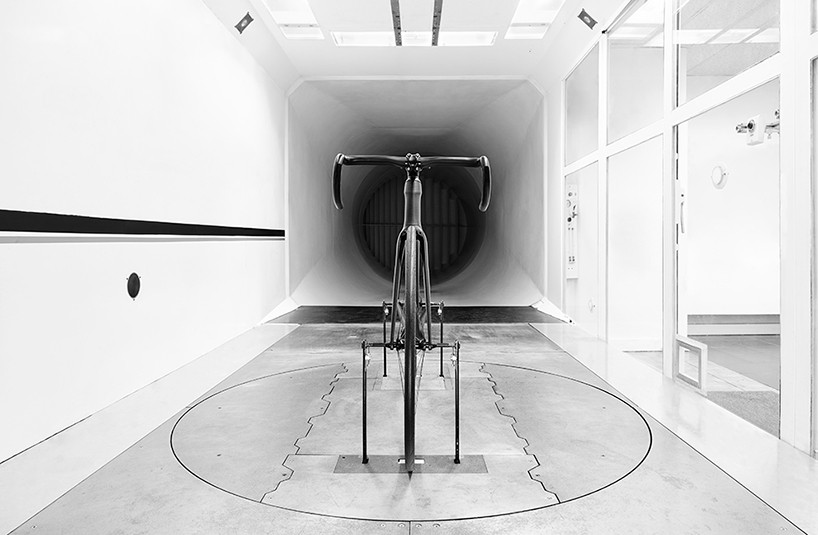 a few pedal strokes are all it takes to sense the responsiveness of its wheel rims, which can tolerate up to 160 psi, despite weighing a mere 390 grams. even when the rider is barely underway, they will sense the full power of its ultra-light 750 gram frame. only 349 models will be made, each numbered, designed and tuned to perfectly fit the owner. 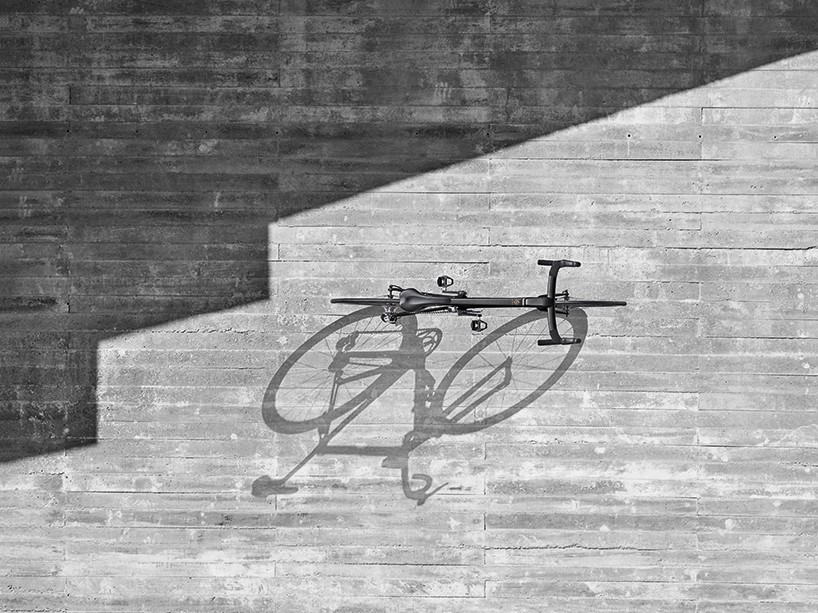 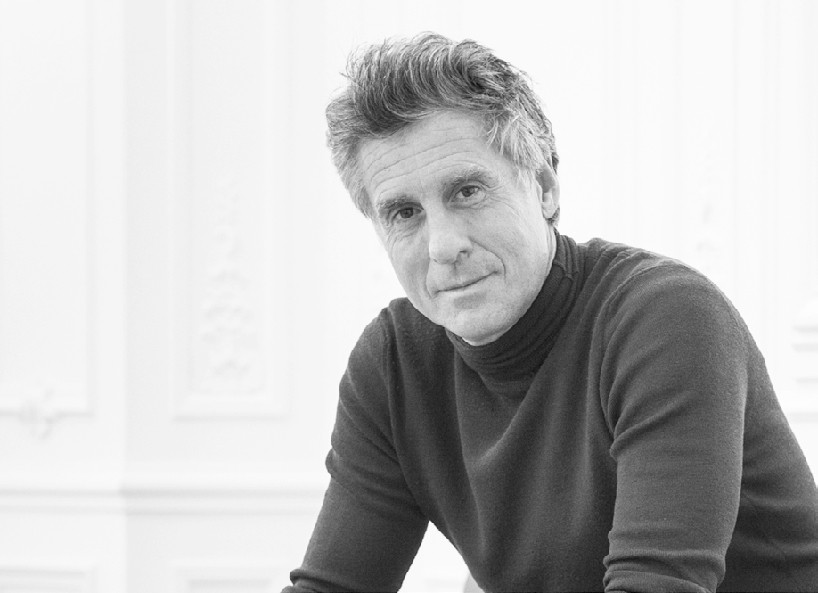 each numbered, designed and tuned to perfectly fit the owner 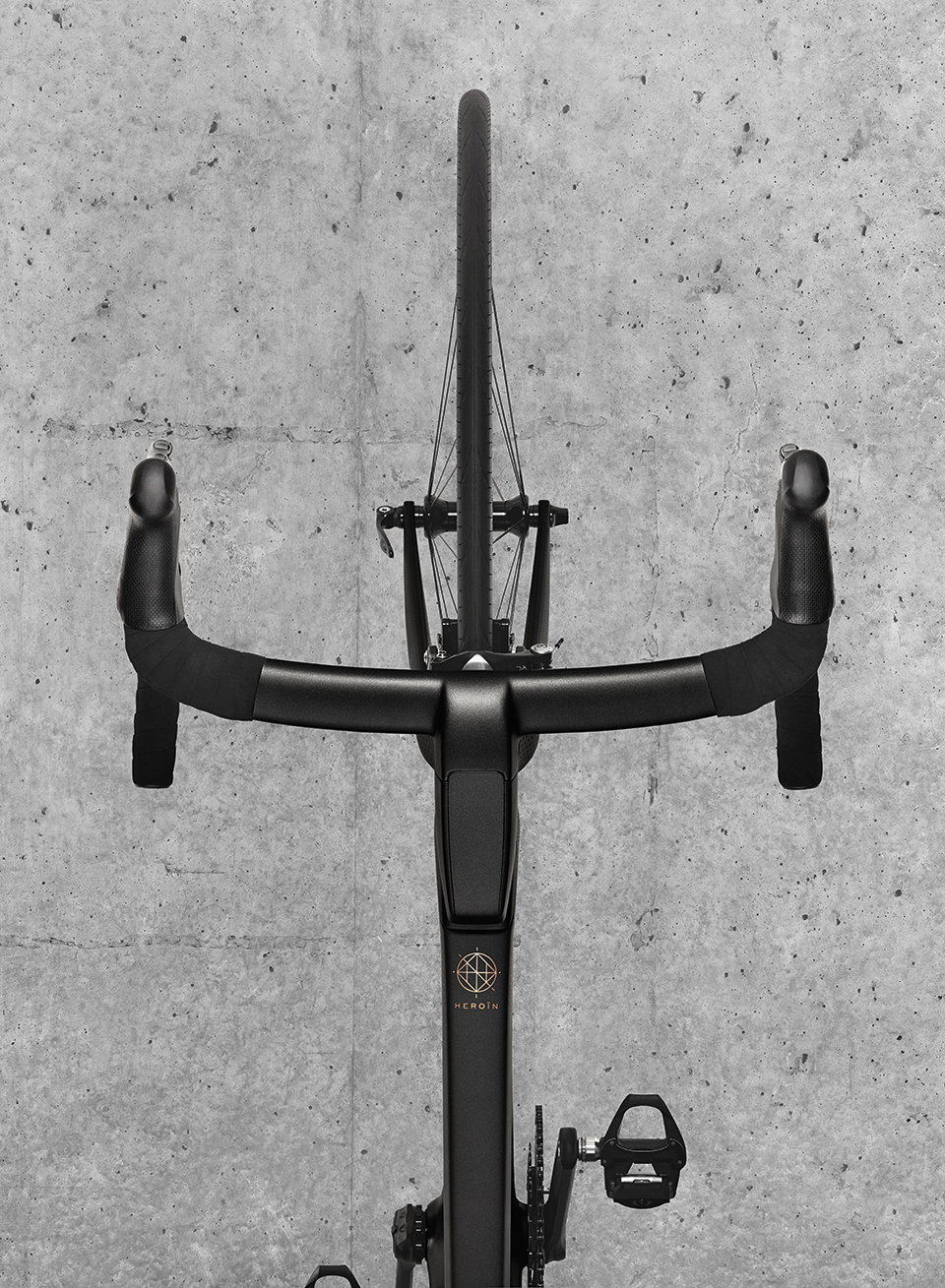 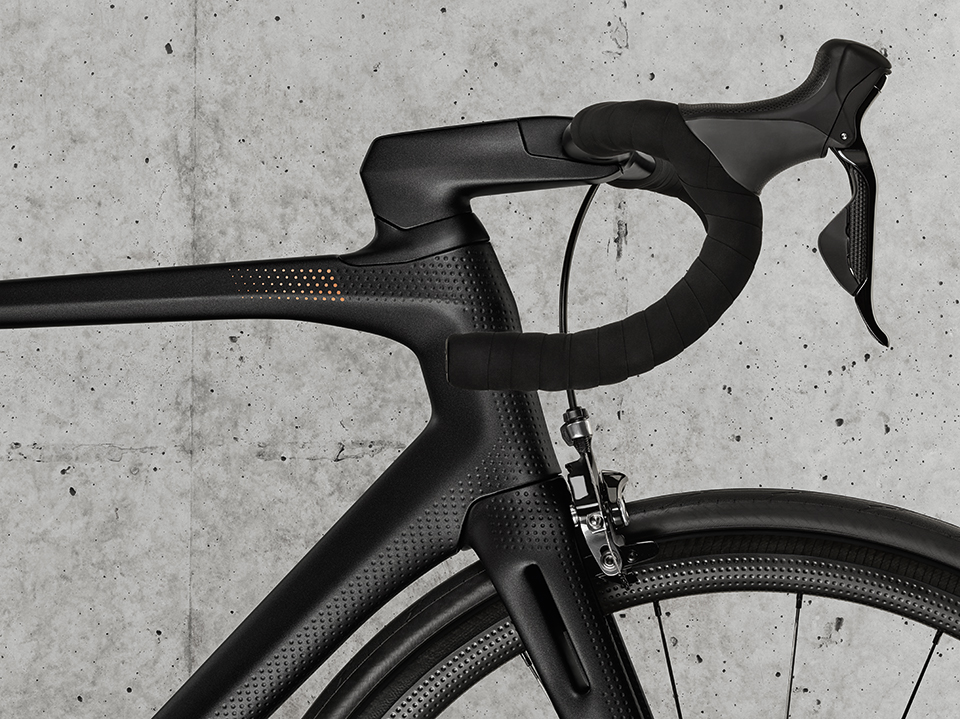 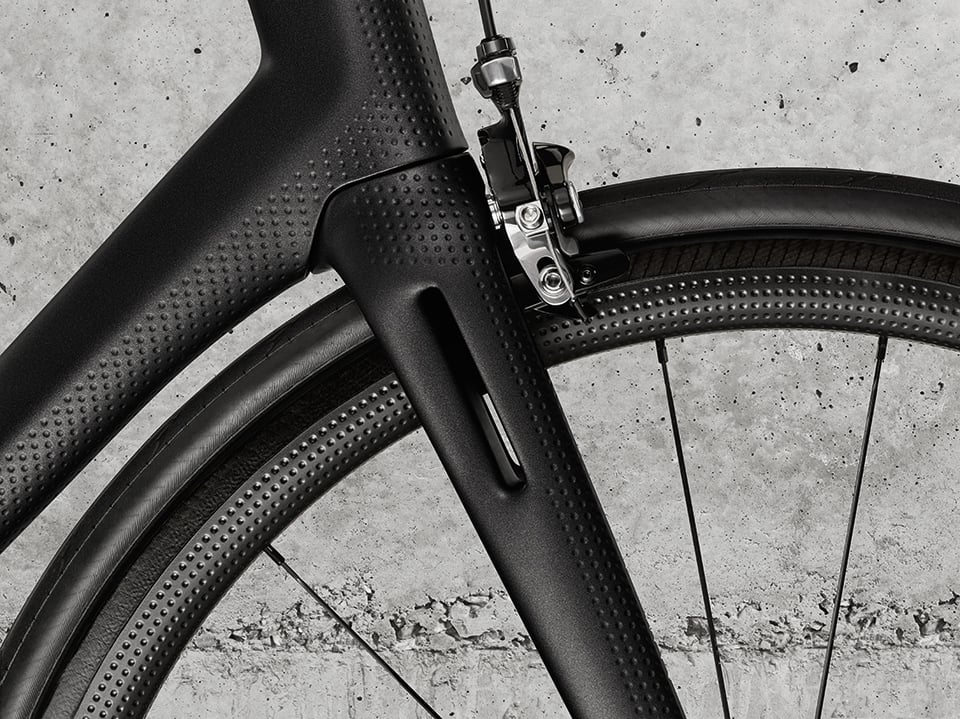 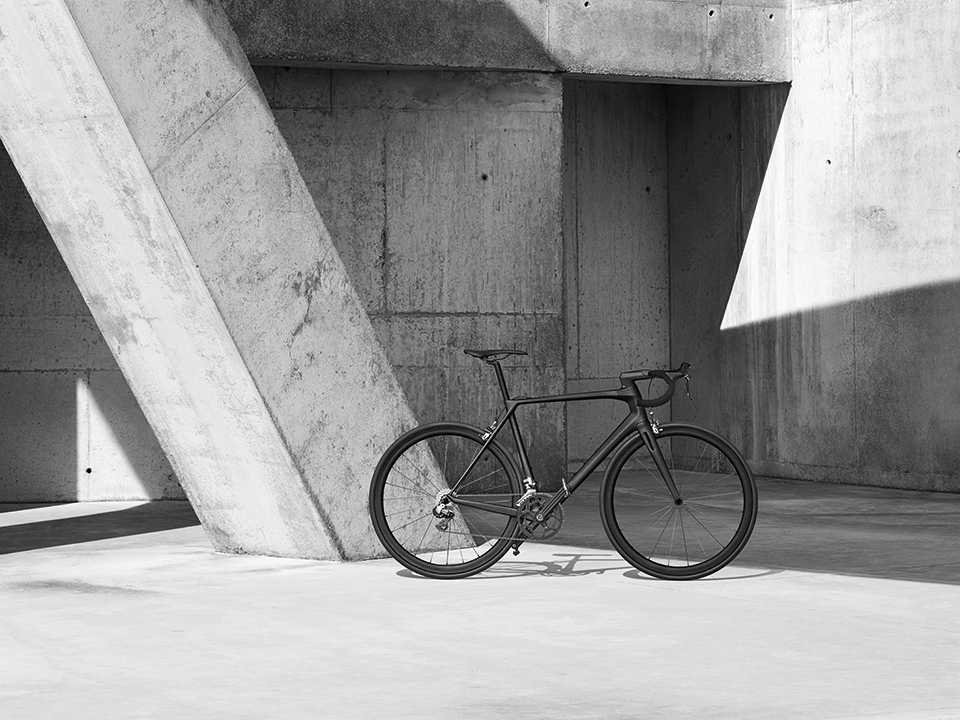 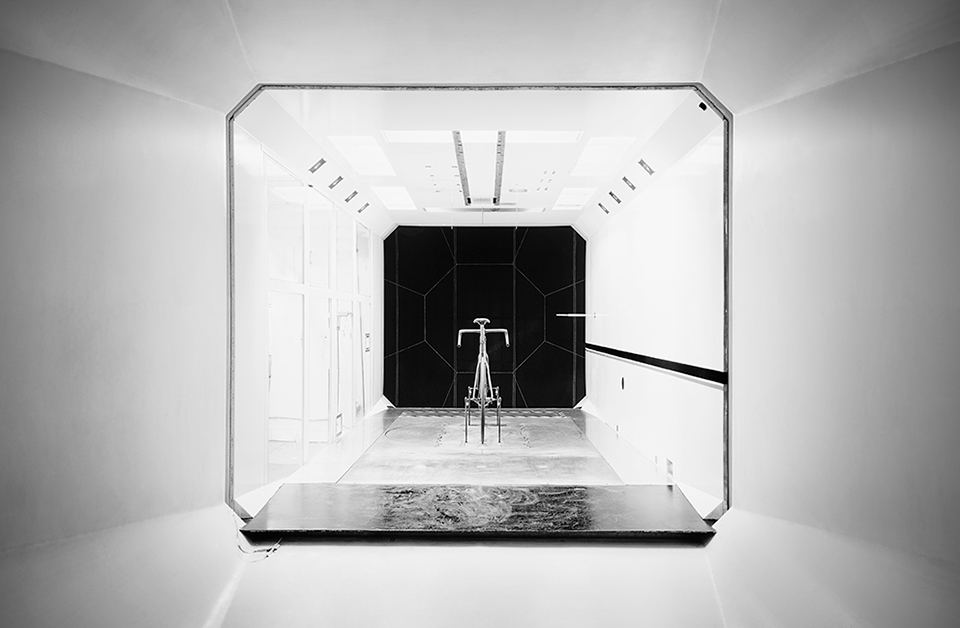 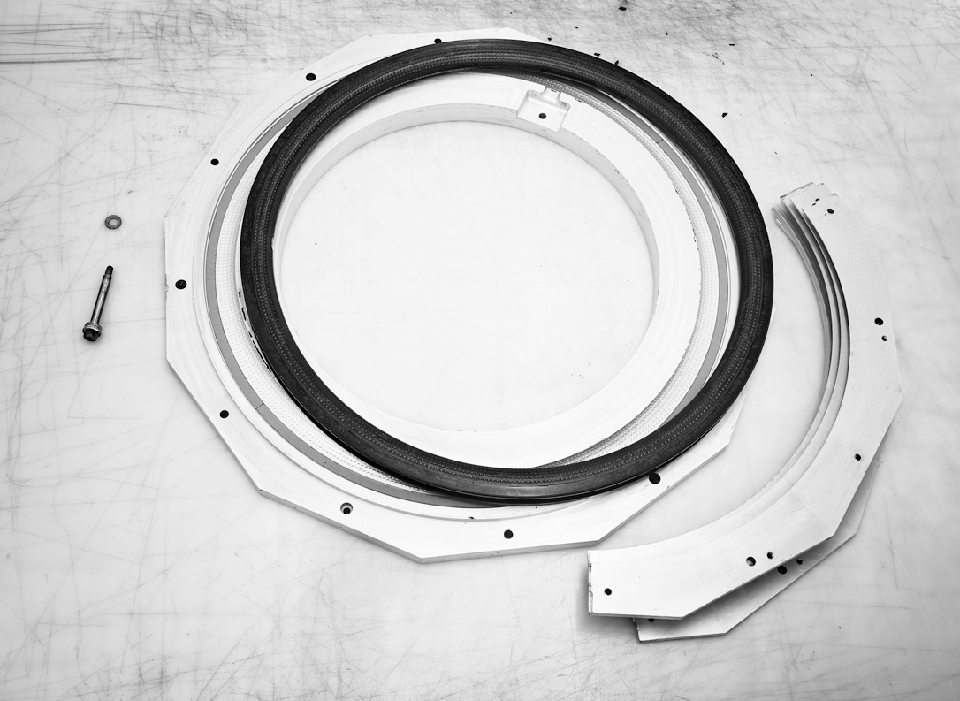