‘hexy‘ is a low-cost and easily modifiable open-source robot in development by arcbotics. the six-legged creature can be programmed to walk, dance, typewrite, and even play the electric guitar; several actions are pre-available, and users are encouraged to program in new actions, using a text file with simple, natural-language commands (for example, ‘rotate right 40 deg‘ to have the robot turn itself slightly to the right).

‘hexy’ is controlled by 19 servo motors: 18 in its legs and 1 for its eyes (which double as distance sensors). its servitor32 controller is based on arduino open hardware, capable of controlling up to 32 servos and additional sensors in all. the robot can be optionally made compatible with bluetooth to allow wire-free movement, as normally the robot is connected to a computer to run.

arcbotics has currently surpassed its minimum fundraising goal for ‘hexy’ on kickstarter, where users can preorder a complete robot kit for 200 USD, about a tenth of currently available hexapod kits. an additional development with increased funding would be the addition of a drag-and-drop programming GUI to further simplify the act of controlling the robot.

‘hexy’ is expected to be available in september 2012, with robots produced in blue, orange, grey, purple, green, red, and clear. 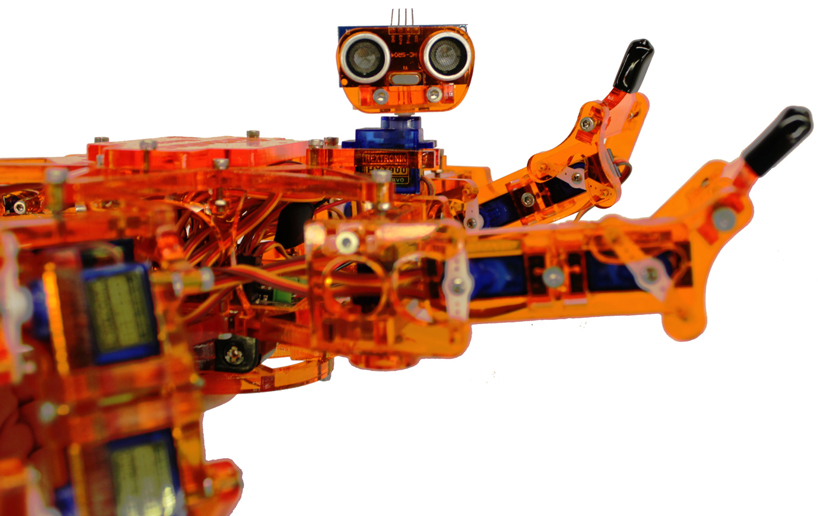 ‘hexy’ waves with two of its six arms 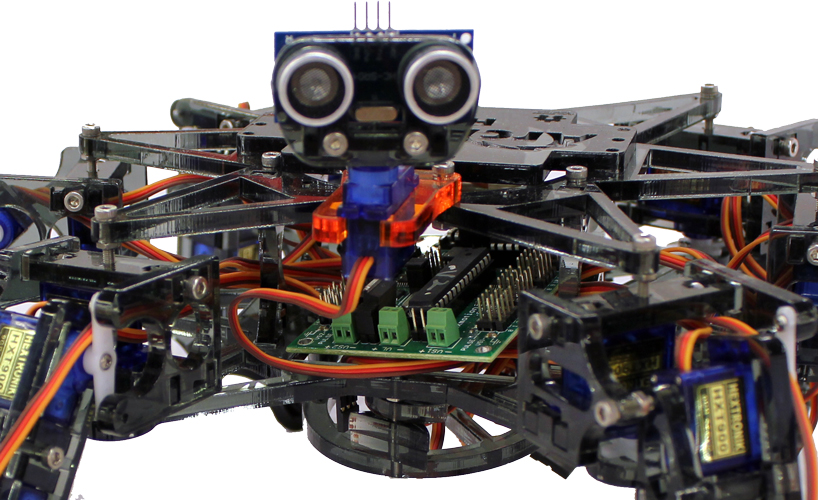 closer view of the head, which doubles as a distance sensor 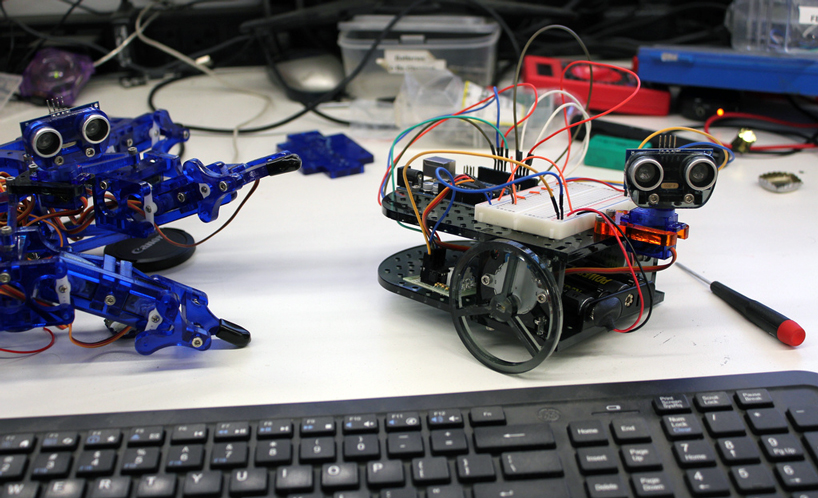 ‘hexy’ shows off walking and turning in this april 2011 test