dubbed the ‘dasher’, the 28-foot yacht combines electric power, with lightweight composite structural components, and 3D printing. the electric yacht’s name comes from the maine-based manufacturer’s first picnic boat, a vessel-style that debuted back in 1994. the company is now turning its focus to electric propulsion — all technology on board, and used in the ‘dasher’s’ construction, supports the use of green energy. 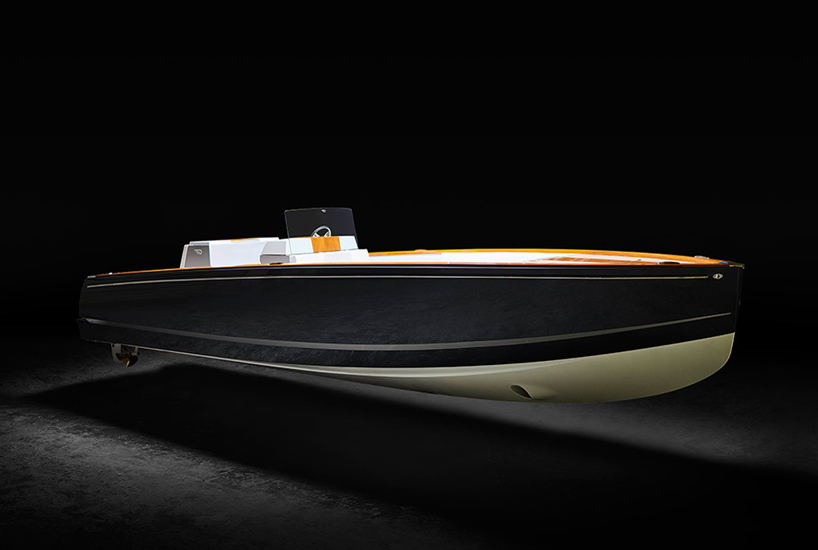 hickley yachts’ ‘dasher’ achieves its super-lightweight construction with a carbon-epoxy composite hull, carbon stringers, minimalist-styling, and 3D-printed titanium hardware. although the electric yacht’s deck may look the same as teak, it actually has hand-painted artisanal teak decking to save weight. boasting two waterproof BMW ‘i3’ lithium-ion batteries, paired with two 80 hp electric motors, this enables the yacht to cruise at comfortable speeds of 18-27 knots. the range of fully-charged batteries is 64 km (40 m) at 10 knots, and approximately 32-40 km (20-25 m) at higher speeds. 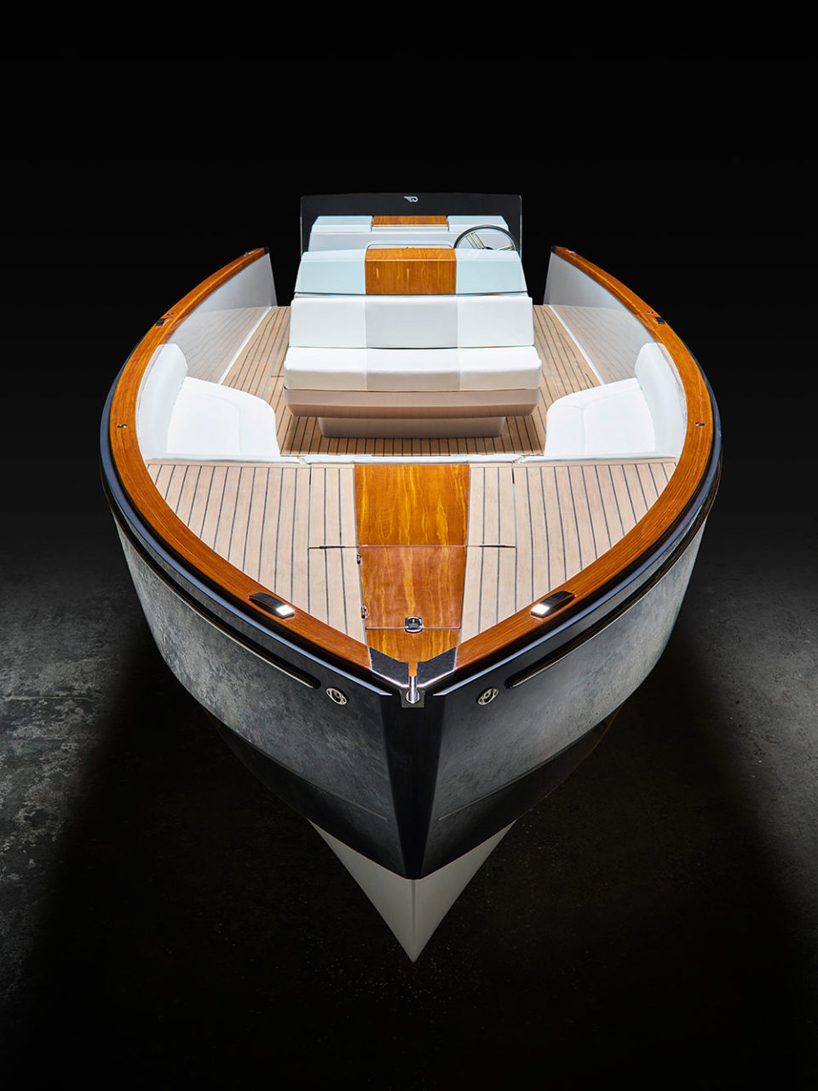 zero emissions, silent propulsion, and no time spent at fuel docks could be huge for yachtsmen who are looking for a luxurious yacht. the ‘dasher’ can be recharged at any dock with dual 50-amp charging cords in just under four hours, which is roughly the same time as most electric automobiles. the yacht’s touchscreen-console on the helm features a few technical highlights, including a range circle that displays how far the boat can run at current speeds and battery levels, plus a frameless windshield that raises and lowers as the captain needs it. 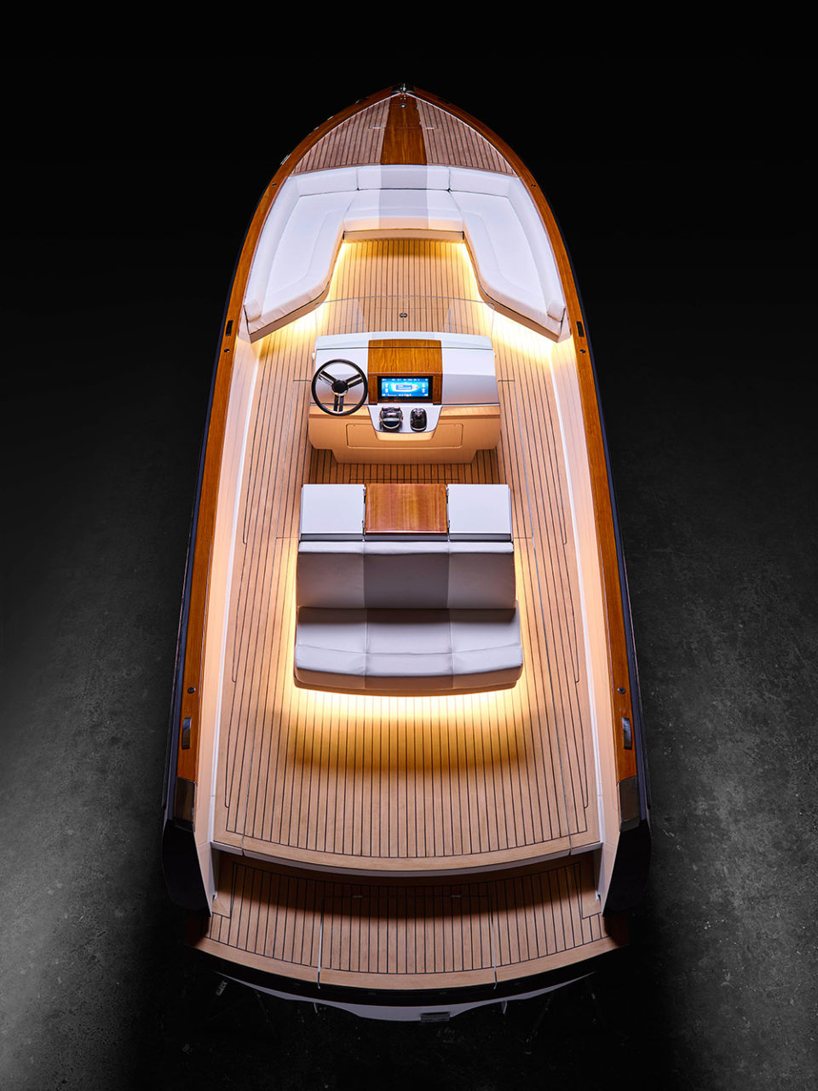 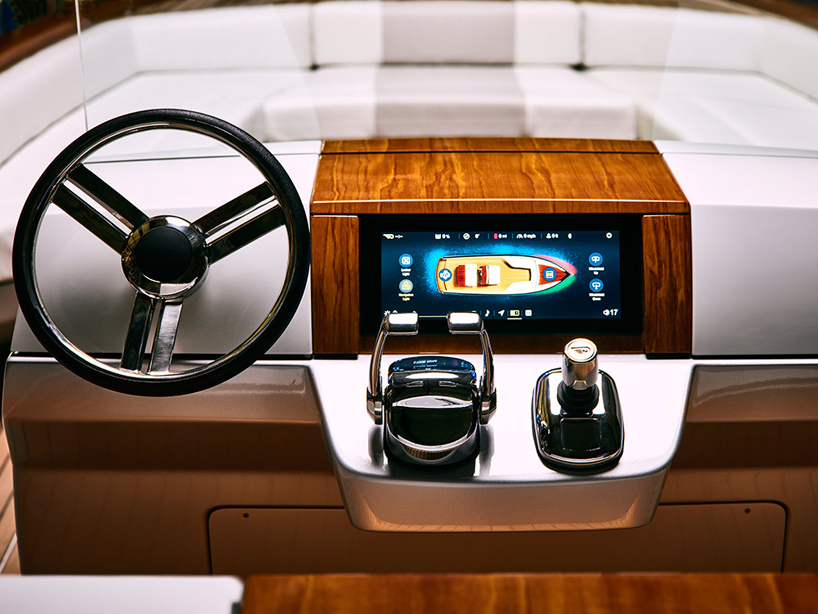 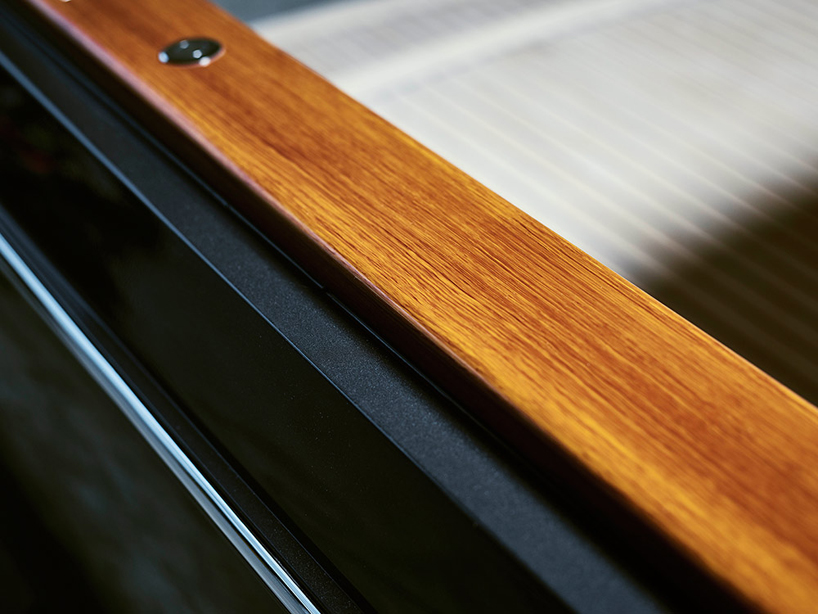 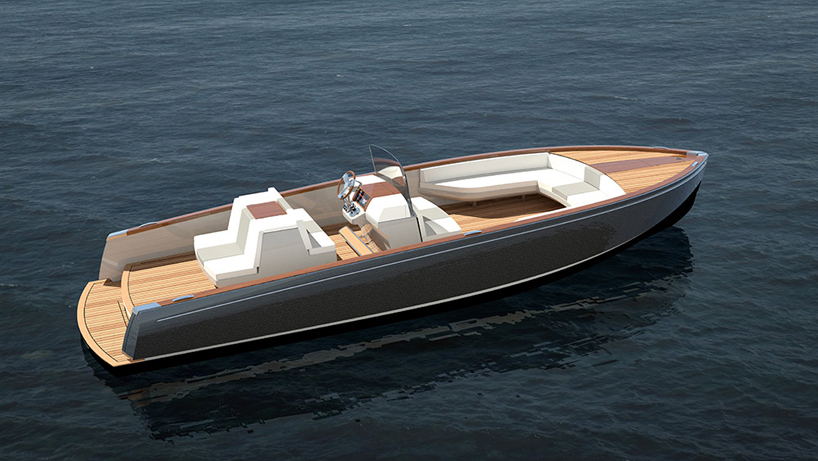 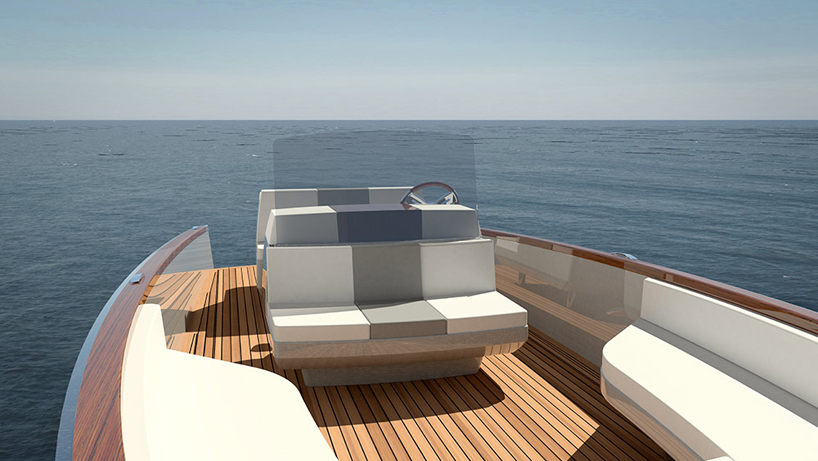 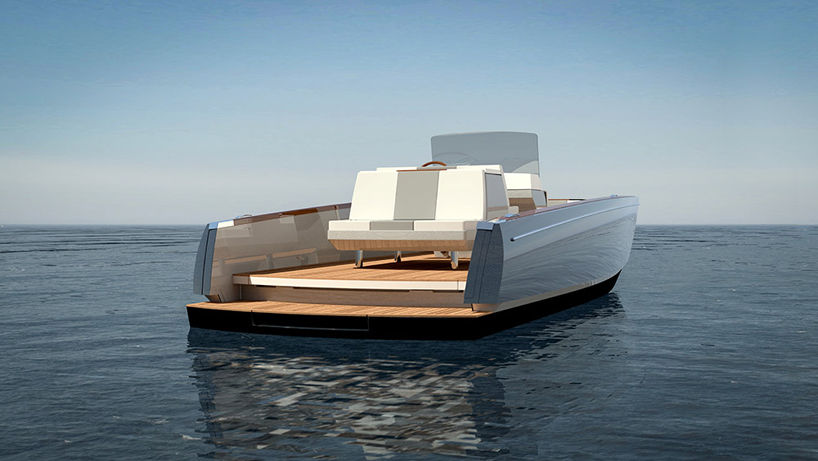 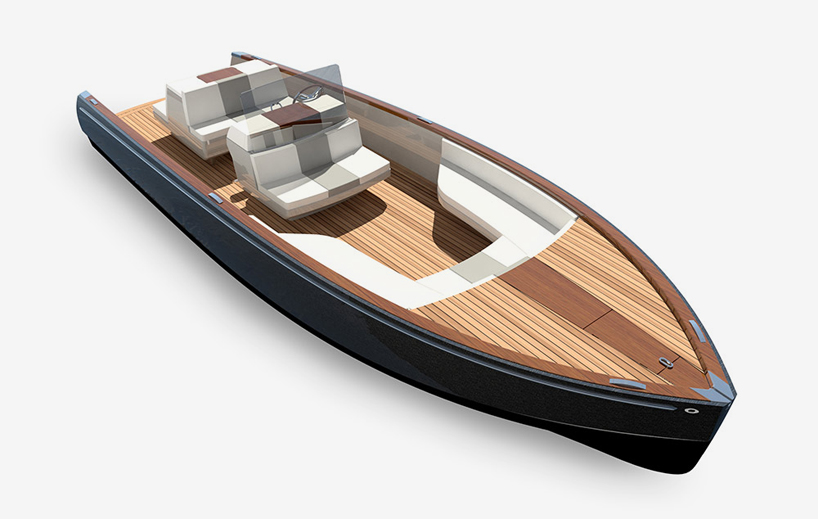 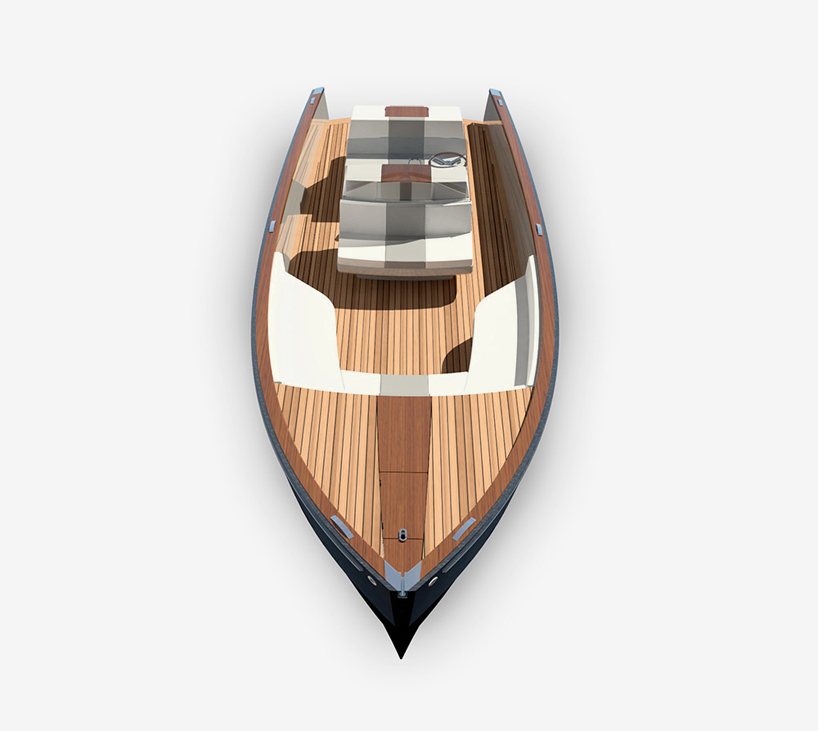 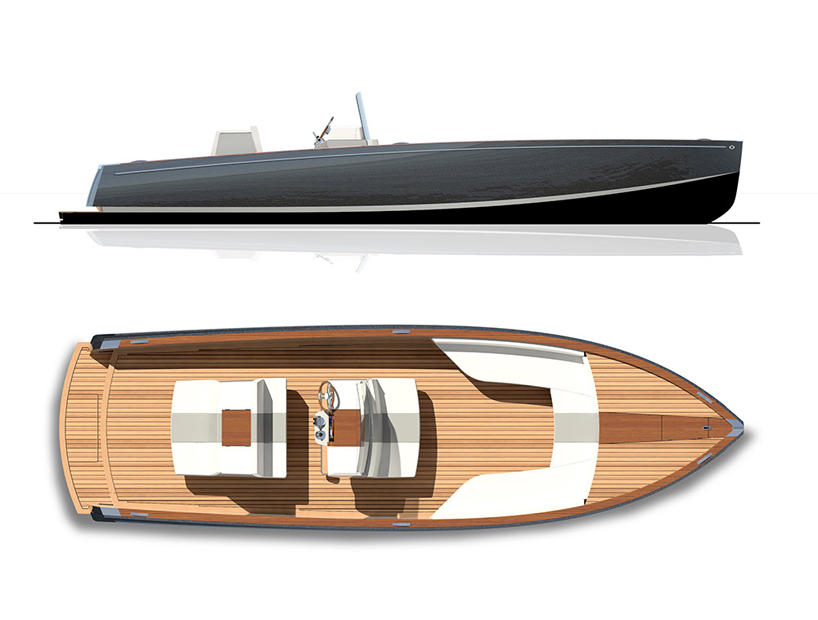 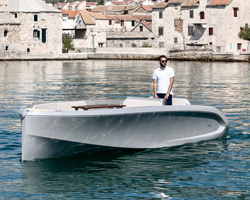 Sep 04, 2020
RAND conceives the mana 23 electric motorboat as a 'social space on water' 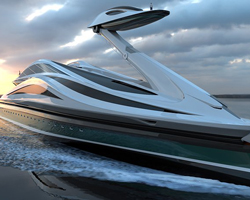 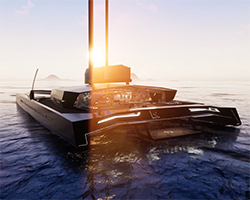