dubbed the one, austria’s titan motorcycles customizes a honda ‘CB350’ into a crazy racer. the garage initially hoarded a collection of rusted bikes it had collected from the 70’s and 80’s. among its collection was the donor vehicle, an oil-stained honda engine in a worn-out frame and rusted wheels. the concept for the build is influenced by a passion for racing motorcycles from the 50’s, through to the 1970’s. 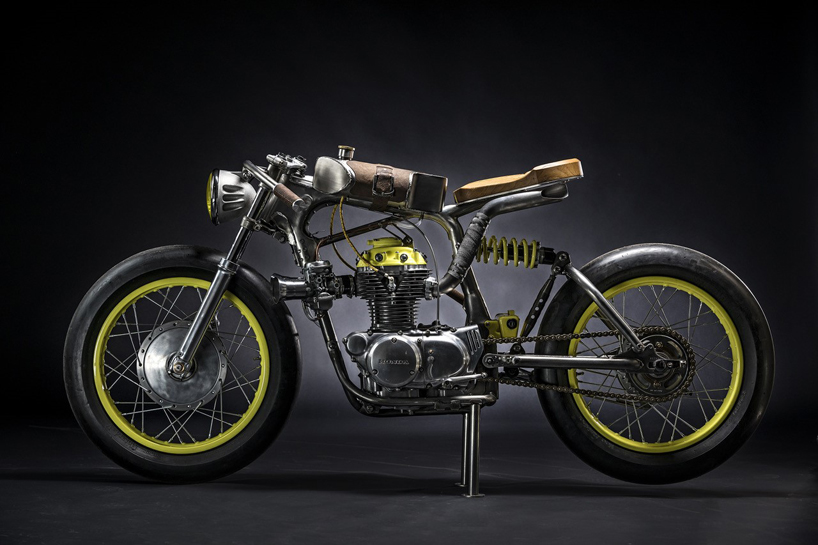 titan motorcycles realized that most modern racing bikes run on horizontal suspension, so it has modified the honda to match. as for the seat, it has been crafted from olive wood, with a yellow epoxy resin running through the grain to complement the bike’s highlights. it is a natural, bespoke piece, hollowed out make room for the wiring loom’s components. 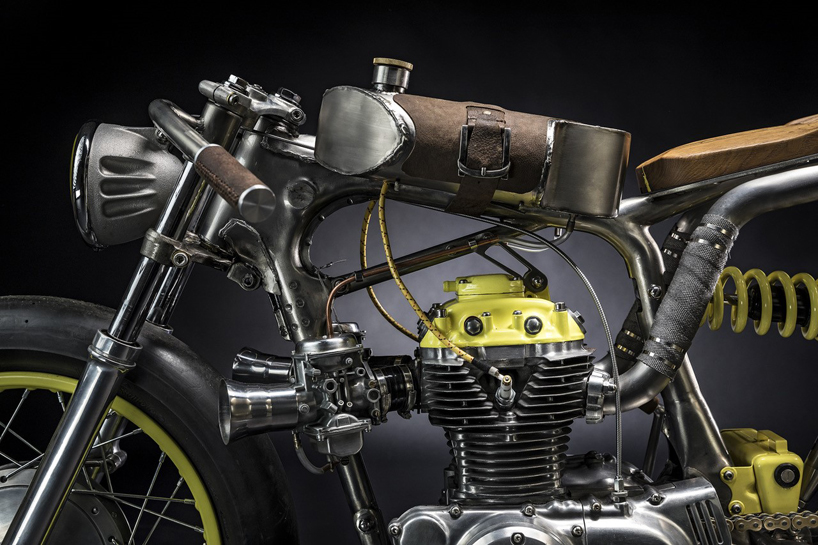 the real wooden seat isn’t the most unusual thing about this particular ‘CB350’, in fact, it’s the cylinder head. the entire assembly has been spun around 180 degrees, meaning the carburetors sit at the front and the exhausts run directly out the back. a new cam had to be ground, oil lines needed to be rerouted, and the timing chain was adjusted. most of the ‘one’s’ metal work is made from titanium, and finished in with a layer of clear powder coat. 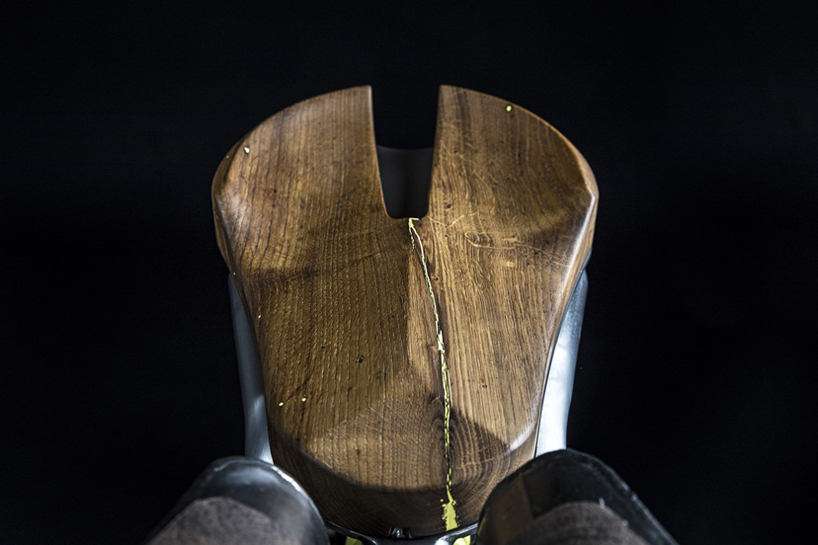 the ‘one’ also boasts a raft of conventional components, including a motogadget speedometer, LSL footpegs, a classic-styled EMD headlight, and a steering damper taken from a triumph ‘street triple’. the bike sits on a pair of ultra-slick veerubber tires at both ends. 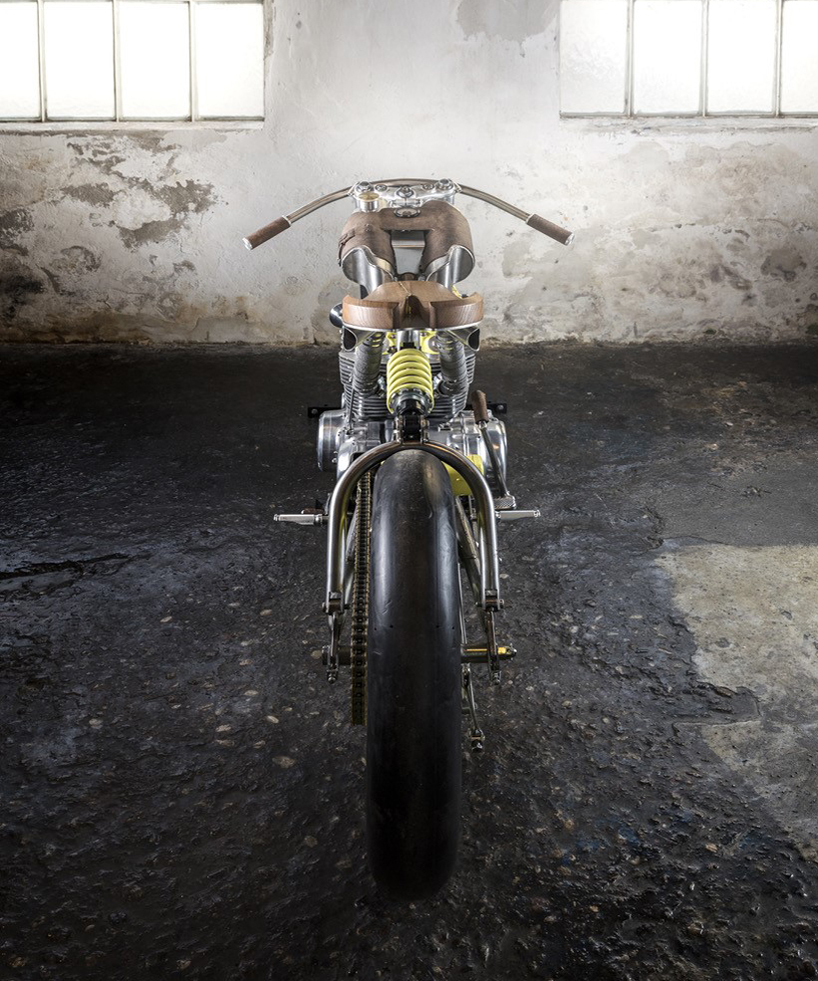