created by shanghai customs and dubbed the ‘eCub 2,’ this electric motorcycle successfully blends the classic honda super cub chassis with an all-electric drivetrain, resulting in a custom build that lets the 1950’s bike create cero emissions while portraying an understated grace. featuring a 1000 watt electric motor in the rear wheel hub and a removable battery pack comprised of panasonic 3.7v 3.400 mAh lithium-ion 18650 cells, the eCub 2’s range is 25 miles (40 km) at a 30 MPH speed. 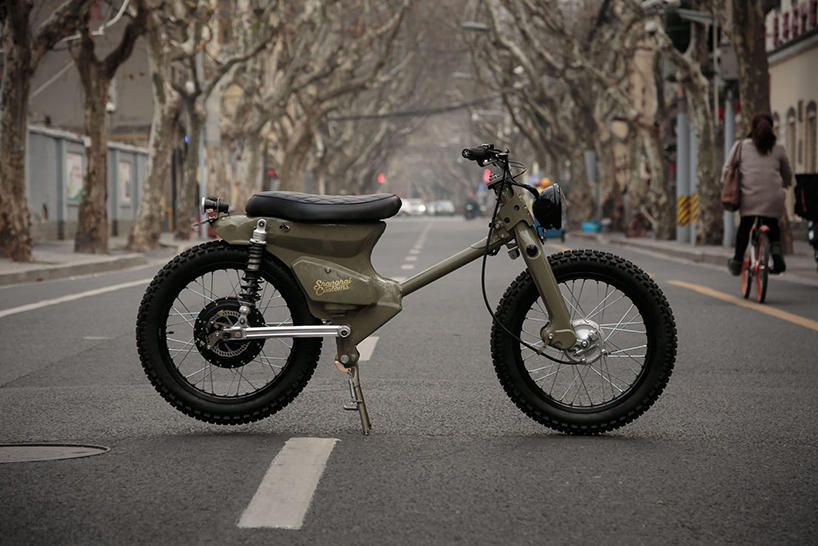 all images by shanghai customs

taking over the global motorcycle market, electric motorcycles show significant benefits. china’s demand has been increasingly growing as combustion scooters were banned from most of their large city centers due to the high pollution they caused. based in the city its name has, shanghai customs has taken advantage of this situation creating some of the most attractive electronic motorcycles around. 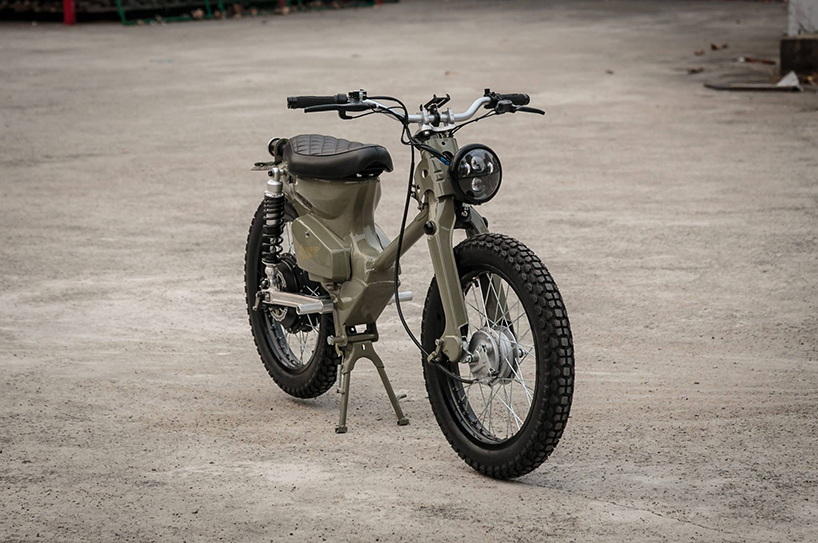 the eCub 2 incorporates the iconic steel construction of the honda super cub while renouncing the plastic guards and petrol motor. ‘a new aluminum swingarm was designed to allow the width of the electric motor in the rear hub, the panasonic lithium-ion battery pack was designed to slide in under the seat where it would be easily removable for owners to take it inside with them for charging,’ comments silodrome.

in order to provide ample light with minimal battery usage, a retro LED headlight has been installed. all the electrics have been hidden inside the frame, keeping the design as clean as possible. 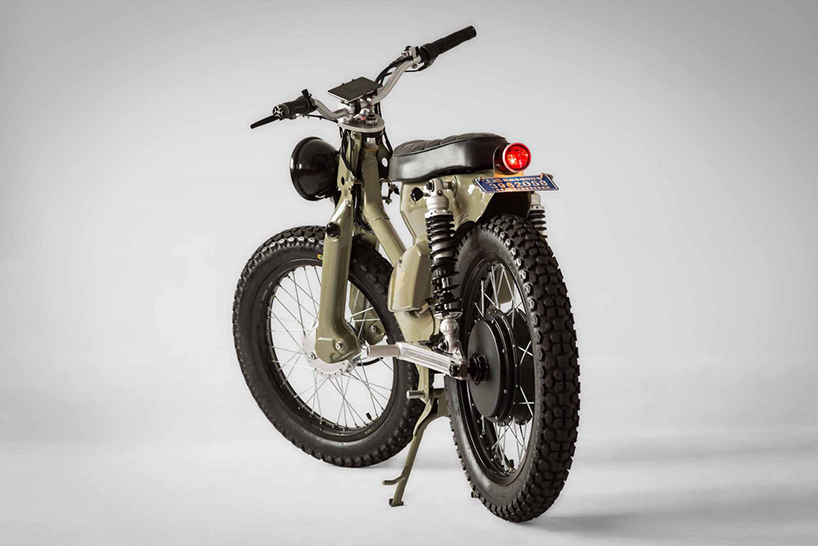 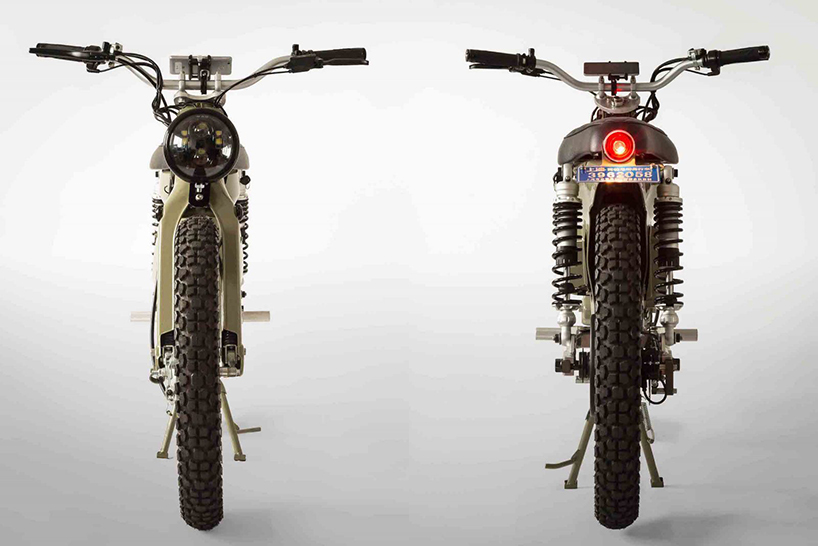 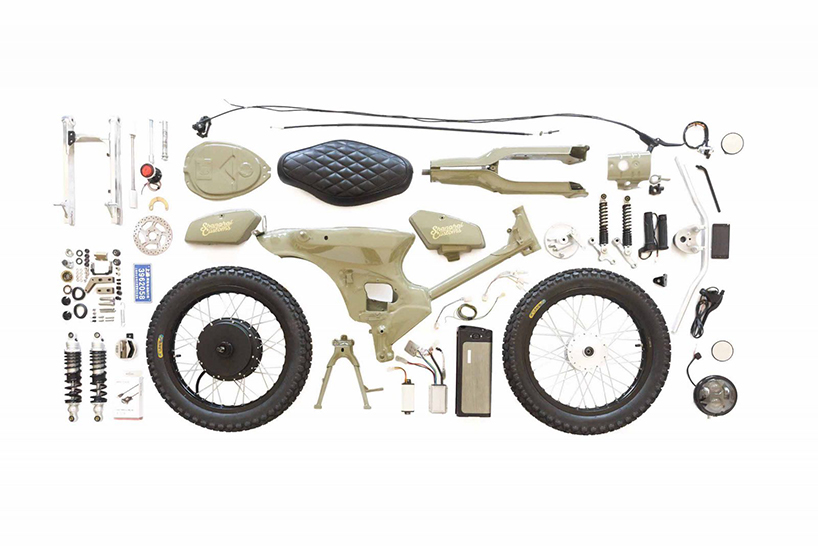 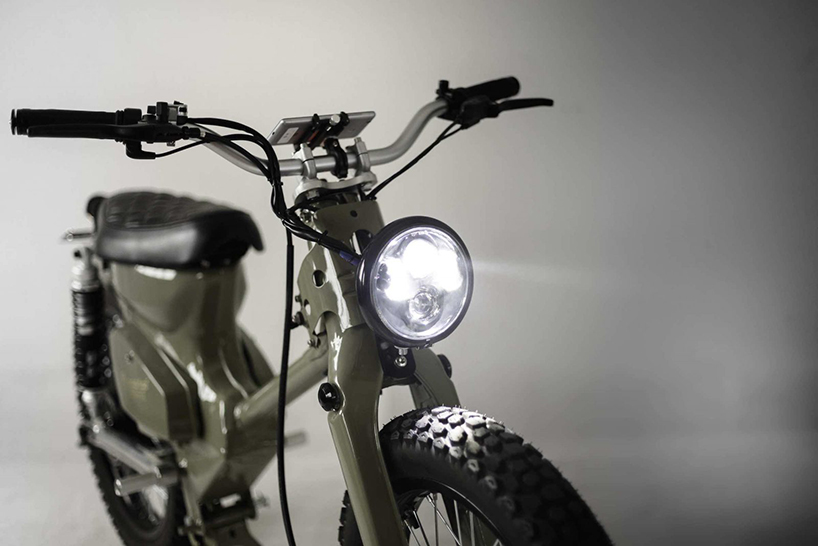 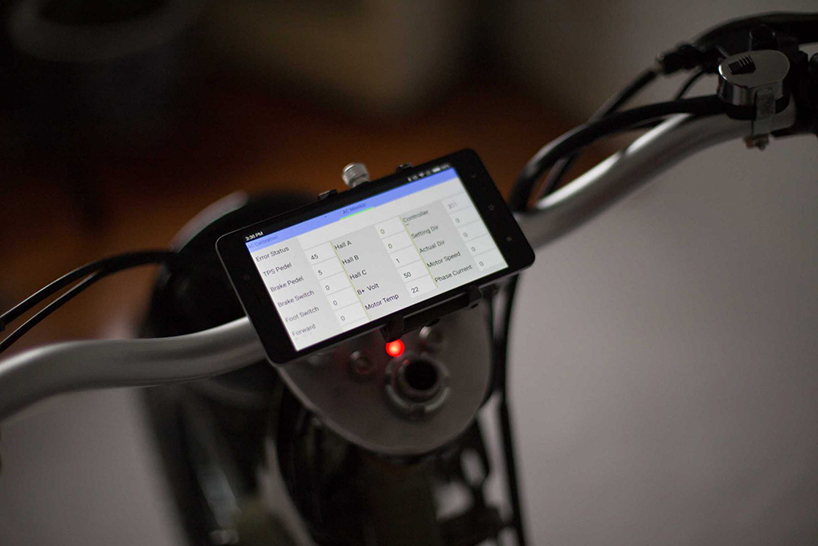 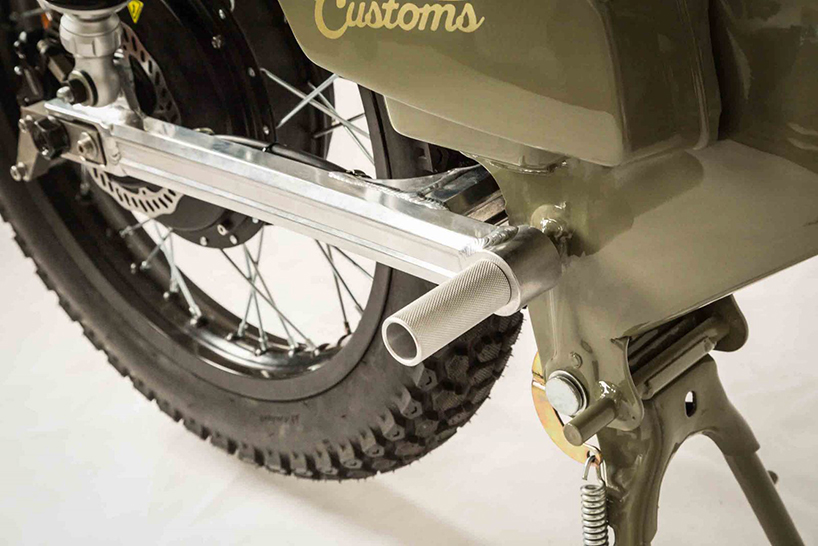 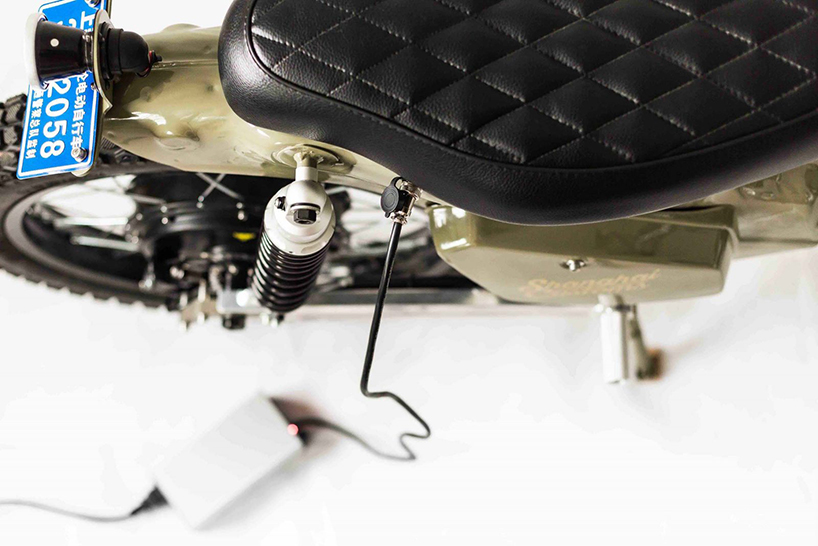