traveling through grass plains, deserts, mountains, sea, snow and jungle, creative director mori harano and his team at map realized that one vehicle could never cover the distance of this journey without compromises to comfort and pleasure. so they decide to break into seven stages and designed separate vehicles for each, allowing them to tailor the design for each terrain and consider the needs of the environment for pleasurable travel and living. 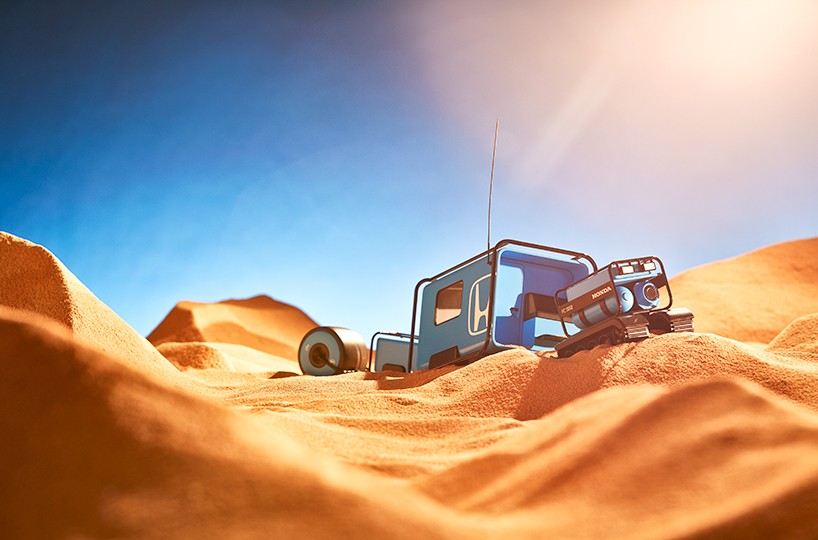 to tackle sandy and rocky desert, the team looked to the most traditional desert vehicle – the camel train. a series of connected vehicles slowly and efficiently tackle the terrain powered by honda fuel cells. excess water generated as a by-product is filtered into the rolling container at the rear. 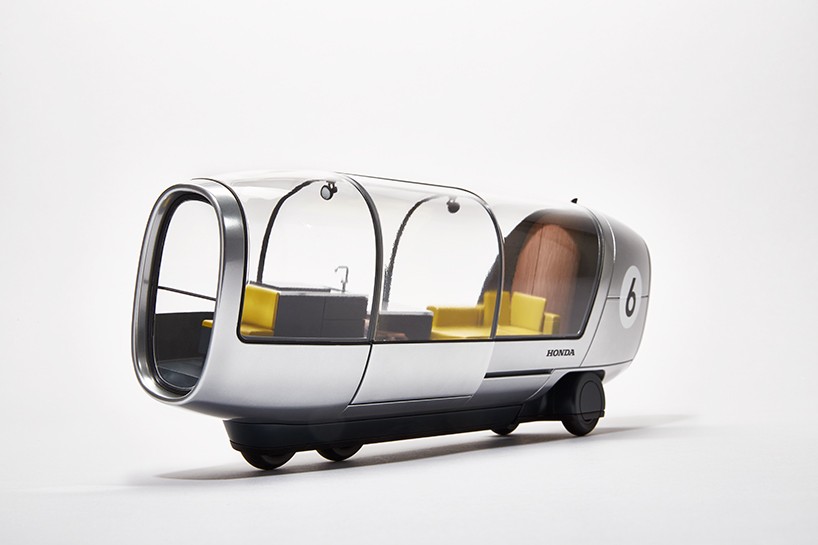 the paved roads from alaska to mexico provide the smoothest leg of the journey. the ‘road tripper’ uses honda’s autonomous driving technology and their gyro-steering system to allow riders to enjoy the californian coastal roads from the comfort of a sofa. the aerodynamic glass and stainless steel tube is influenced by the form and graphic language of honda’s 1960s formula one cars and daytona motorcycles and opens up in the evenings. 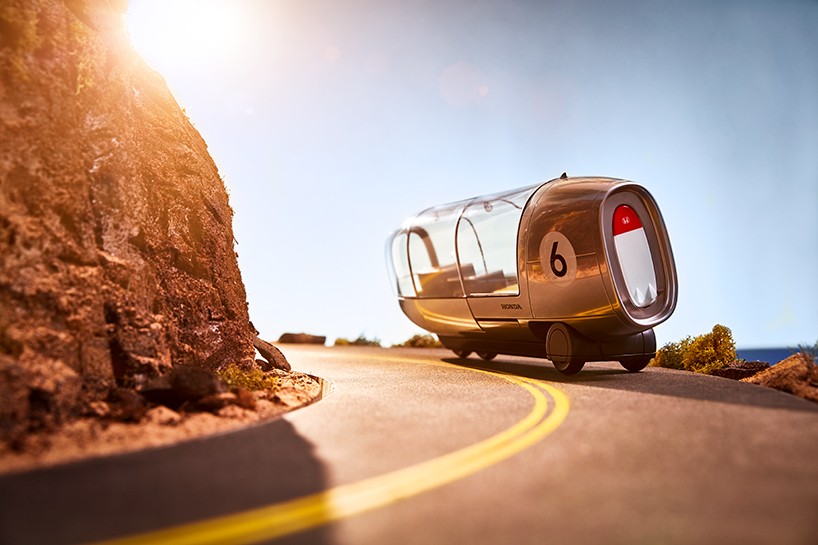 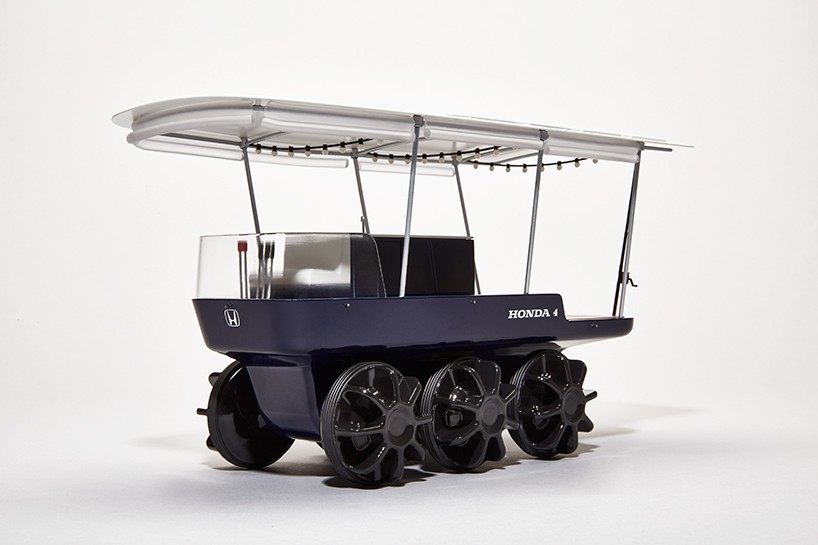 hopping from hong kong, across japan to the peninsula of kamchatka, the island hopper deals with the mixture of rocky beaches, islands and ocean. using honda’s expertise with lightweight formula one structures and solar technology, it is an amphibious vehicle powered by six paddle wheels. 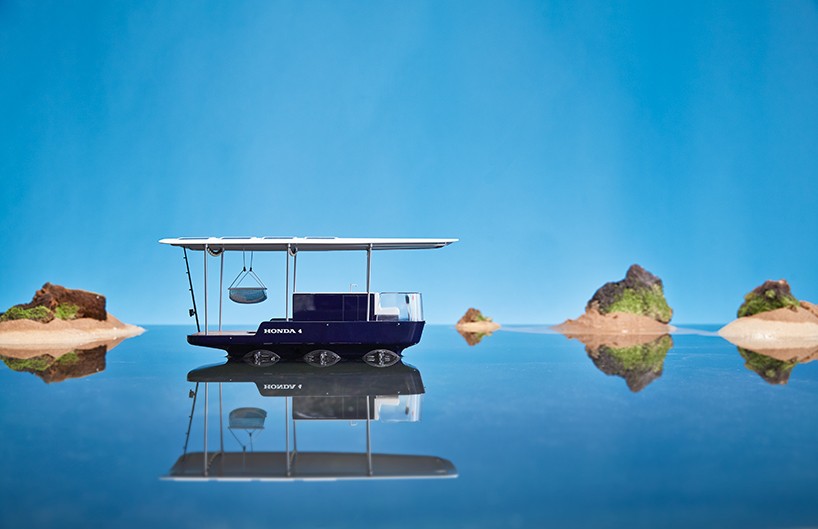 capable of travel between islands through the water 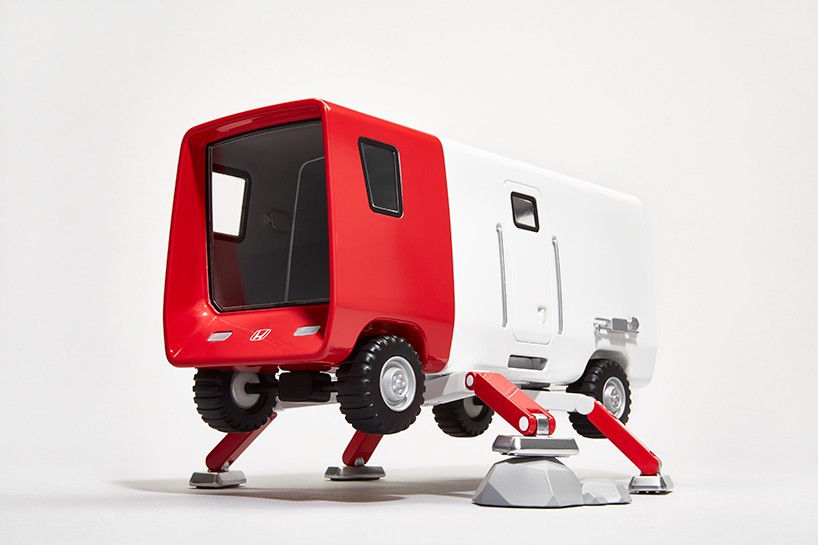 as heavy duty truck with high ground clearance and a solid metal body, the mountain climber would protect inhabitants from rock fall on the treacherous himalayan roads. using similar technology from honda’s asimo project, the robotic legs would be deployed to travel over fallen boulders and re-build damaged roads. the chalet-like interior is capped at either end with floor-to-ceiling glass to create a viewing platform. 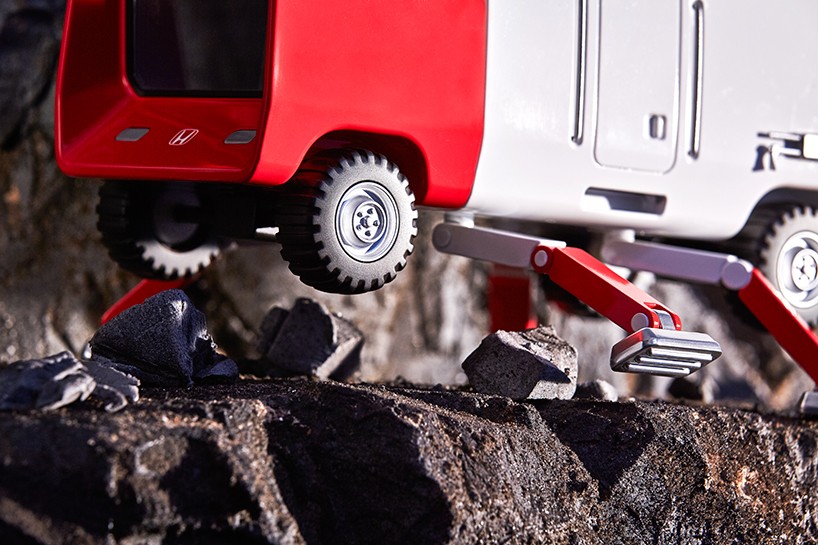 the movable legs to climb over rocks 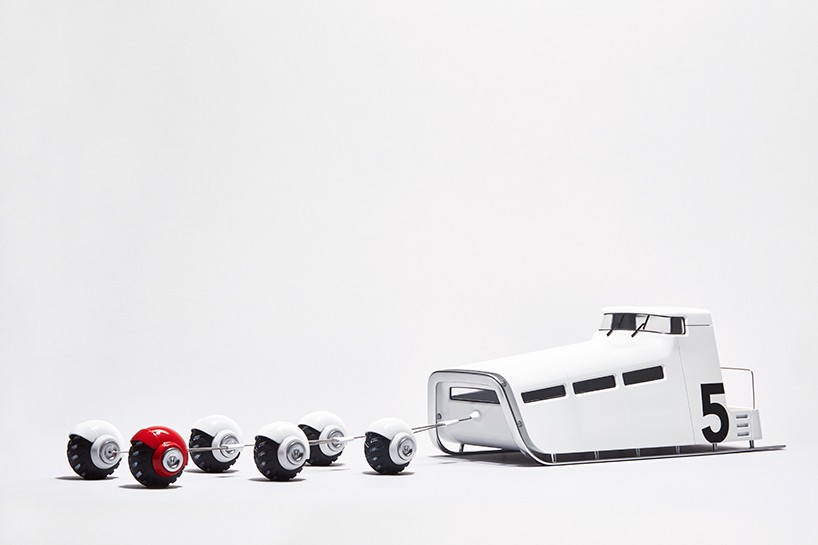 to cross the frozen north, map used a series of wheel drones with honda’s ‘uni-cub’ self balancing drive units to pull a sled along. acting as a pack to avoid cracks and crevasses in the ice, the luxurious sled includes a hot tub on the rear deck with an integrated telescope to enjoy the unpolluted night sky. 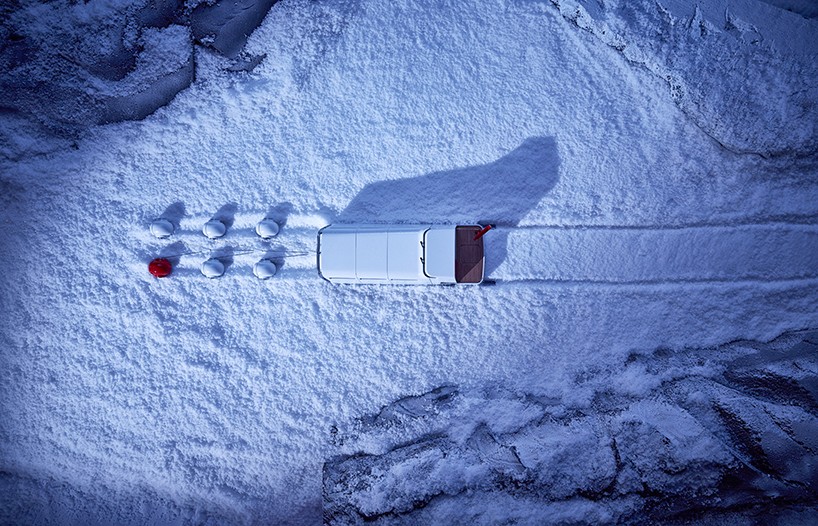 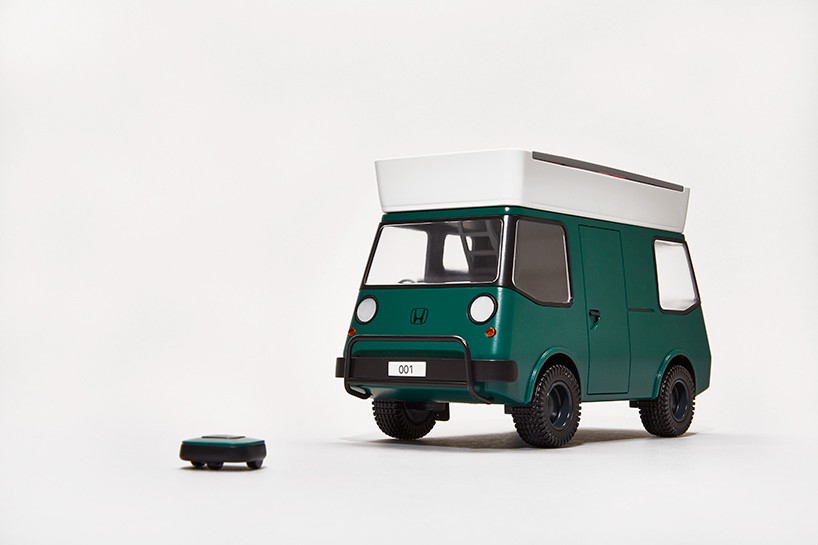 the vehicle is designed for maximum enjoyment of the african plains. influenced by the utilitarian 1970s honda ‘vamos’, it combines the capabilities of a four-wheel drive with the comforts of a camper van. it also includes autonomous honda mowers act as drones to guide the vehicle 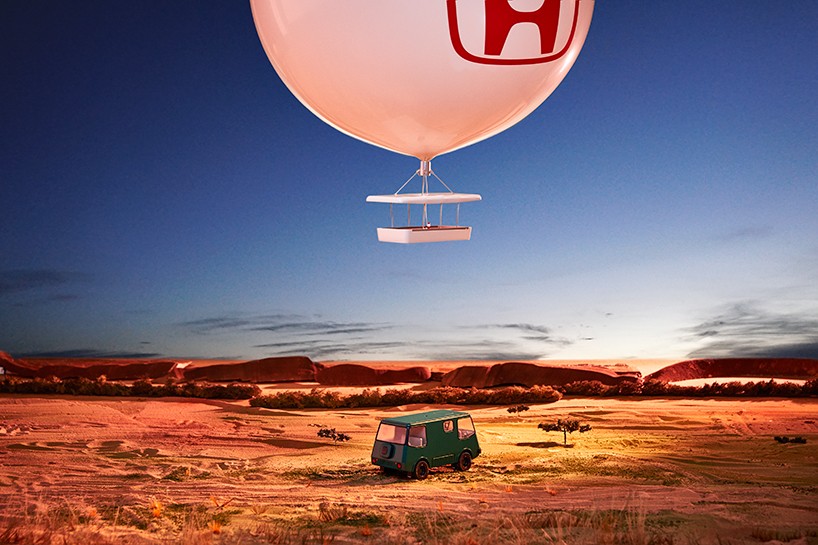 a ballon raises the canopy for views of the safari 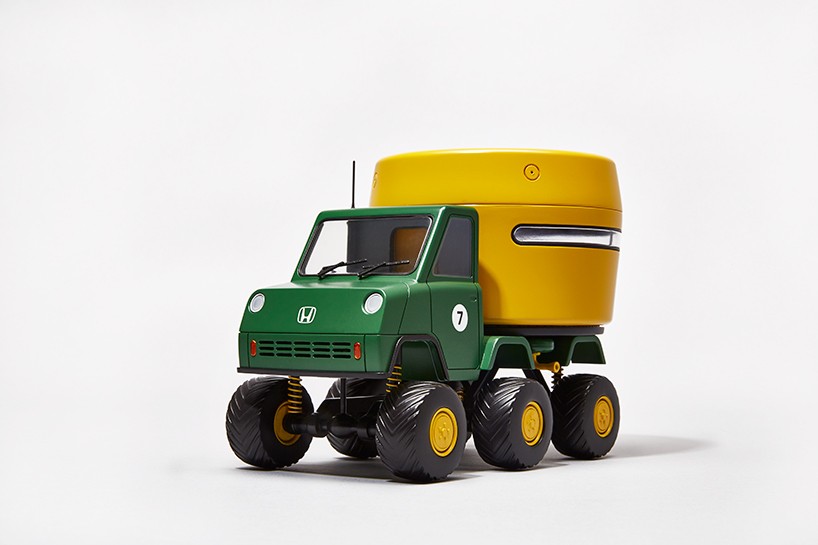 for the last leg of thick jungle, a two-part vehicle influenced by honda’s ’T360’ pickup trucks. the six-wheeled truck rides on high suspension with deep-tread tires for extra traction. on its back, ride the habitation unit which is hoisted into the trees at the end of the day and concertinas open to provide platforms for sleeping, living and enjoying the jungle’s canopy. 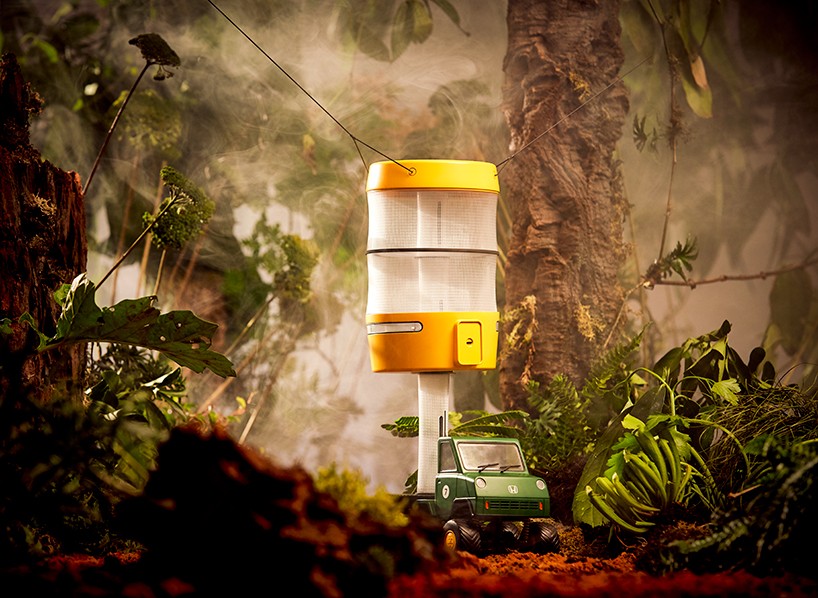 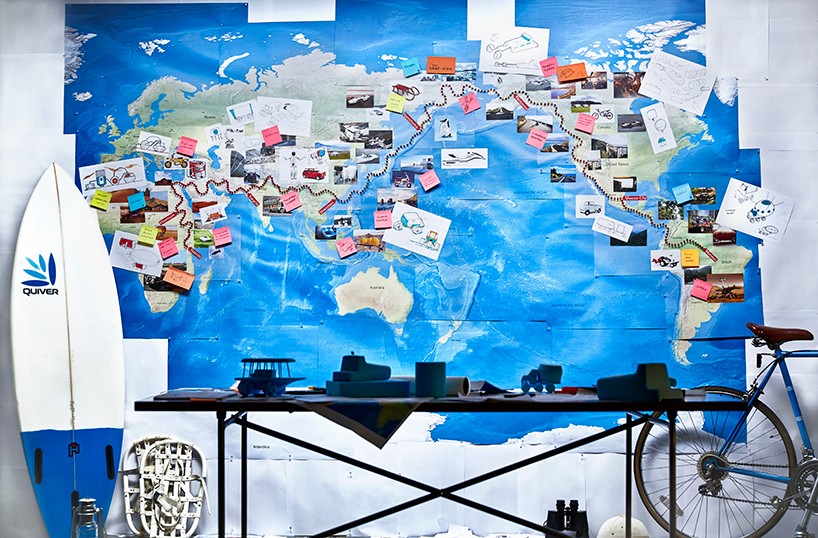 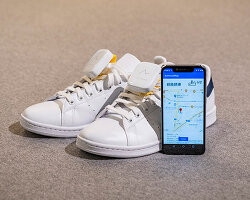 Aug 12, 2021
honda unveils ‘ashirase’, a navigation system in shoes to help the visually impaired while walking

Aug 05, 2021
honda baiku is a one-wheeled vehicle envisioning the future of transportation 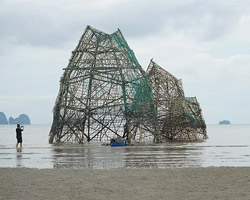 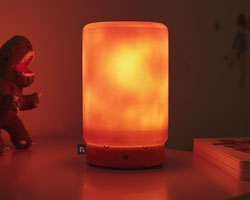