antonio lupiañez and salvador alasino of vida bandida are two argentinian industrial designers who like to modify motorcycles in their spare time. as a personal project, they decided to build a café racer that would show their customers that not all builds had to be based on tired old donor bikes, and they chose a 250 cc honda ‘tornado’ trail bike for the project. 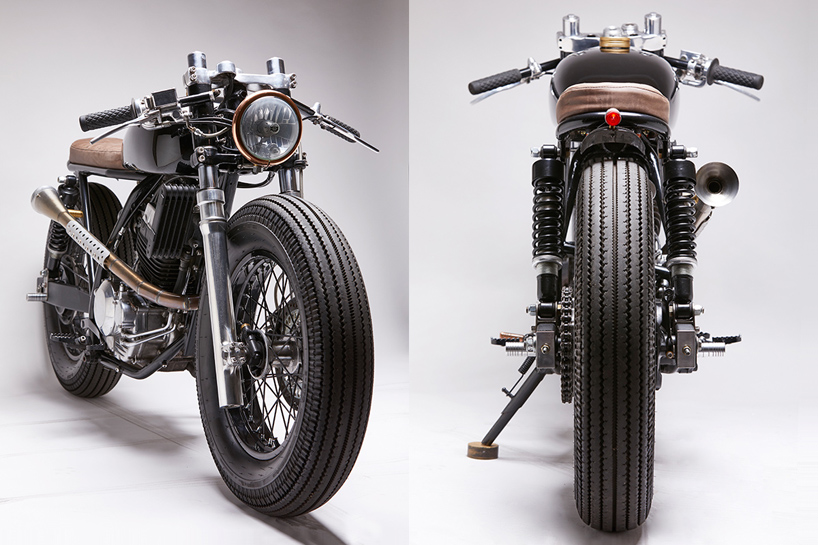 vida bandida motorcycles wanted to do something clean and pure, so the team started with a teardown and a complete frame overhaul. after removing the entire rear triangle of the frame, a new subframe was designed that switched the honda from a mono-shock setup, to a more classic twin-shock configuration. shock mounts were integrated to the new frame, and custom brackets were added to the swingarm to fit a pair of harley davidson ‘883 sportster’ shocks. 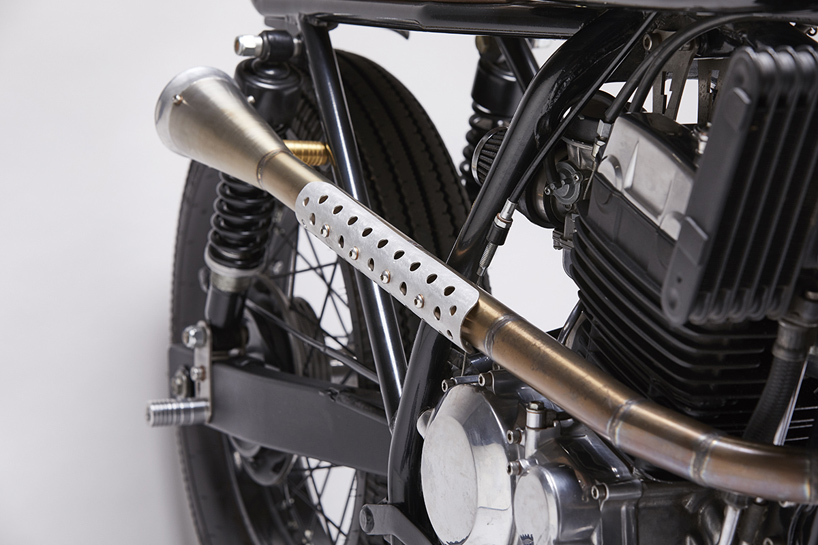 a brat-styled seat and short fender wrap around the bike’s back, while pair of indicators sit hidden from view beneath the rear loop. the custom brake light is a bespoke creation made from the red lens from a bicycle light, a section of 50 mm alloy pipe and some brass and copper caps turned on a lathe. since none of the honda’s original bodywork was suited to the build, vida bandida fitted a 1960’s harley davidson fuel tank by fabricating new mounts on the frame. the team added sleeves between the triple clamps to beef-up the front end, and mounted an ‘883 sportster’ headlight between them. the bikes electrics have been relocated beneath the fuel tank, and the battery sits underneath the swingarm to aid the center of gravity. 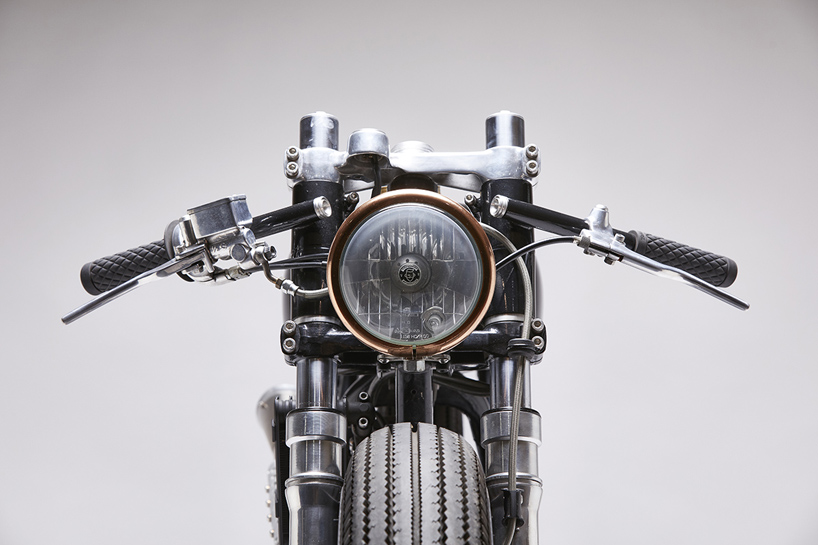 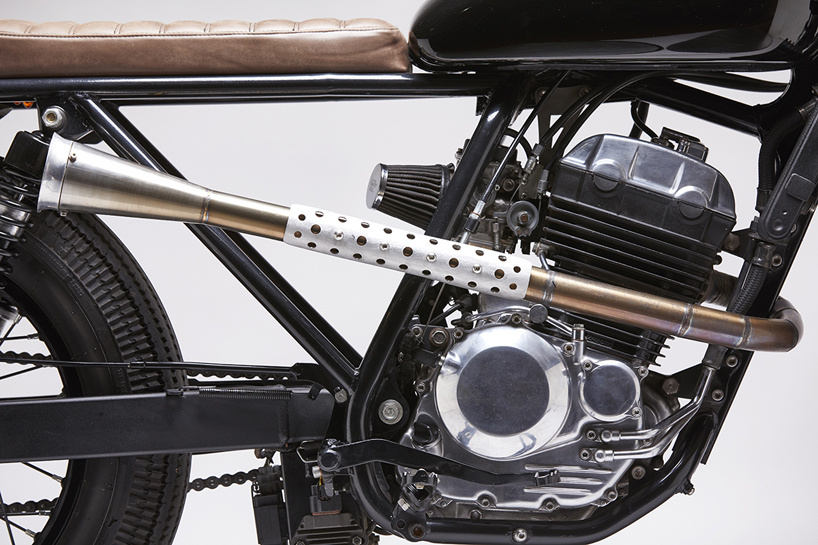 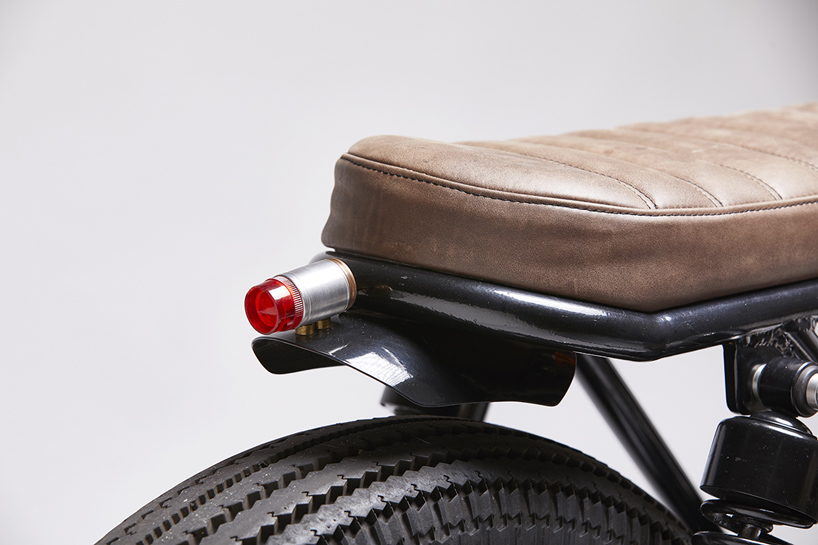