hoverboards have gained themselves something of a bad reputation over the past years, with various cases of the gadgets exploding or causing injury. however, for the Q, this is not a problem because he’s not looking for security but just to see what would happen if… for his latest project, the Q has exchanged the wheels of a common hoverboard for the ones used on formula 1 cars. 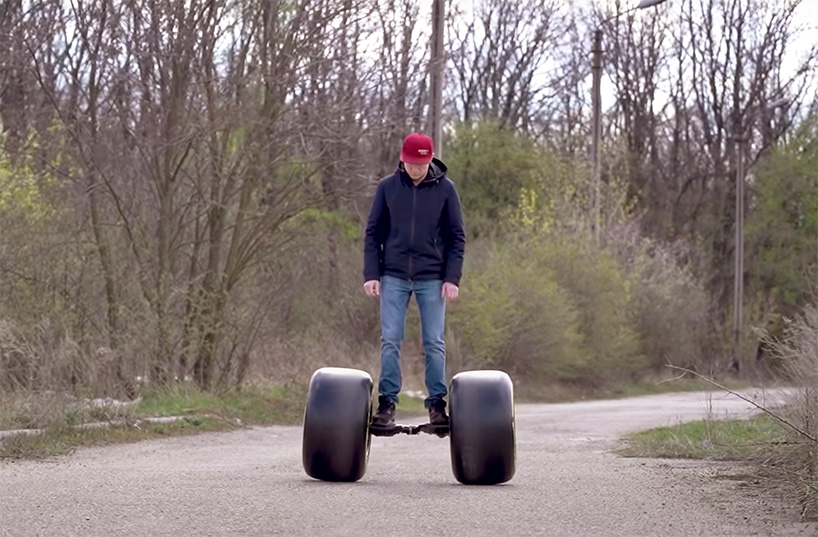 for the project, the Q carefully replaced the wheels on the hoverboard with the ones used on formula 1 racing cars. the video shows how a frame was first cut, ensuring a good fit for the wheels. this board is then wrapped in an abundant amount of tape, followed by the connection of the electrics. after that, the hoverboard is ready to be used, and what’s more surprising is that, it actually works. the question here is, how long will that board resists as it looks as if it’s going to bend. 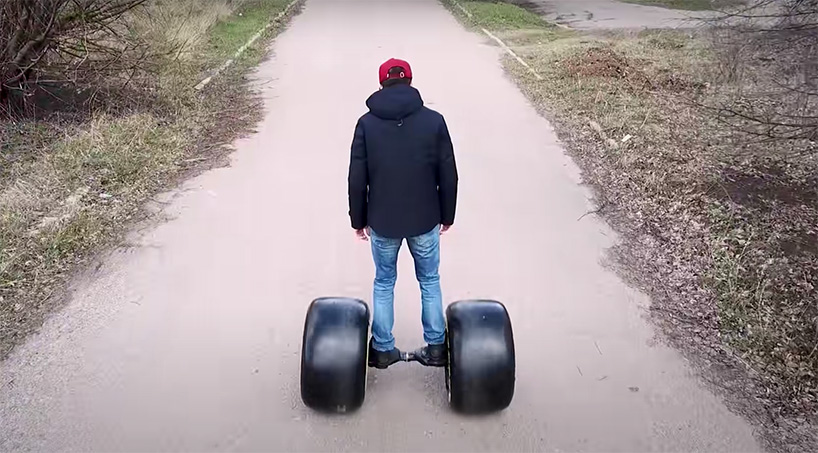 after reading the comments left on the Q’s youtube site, people like the experiment but are more concerned with how did he manage to score some formula 1 wheels. some argue that to get them you either have to be authorized or rich, while others say that because so many formula 1 events have been cancelled, it’s probably easier to get them. and even if the performance is quite the opposite of a formula 1 car, the video is fun to watch. 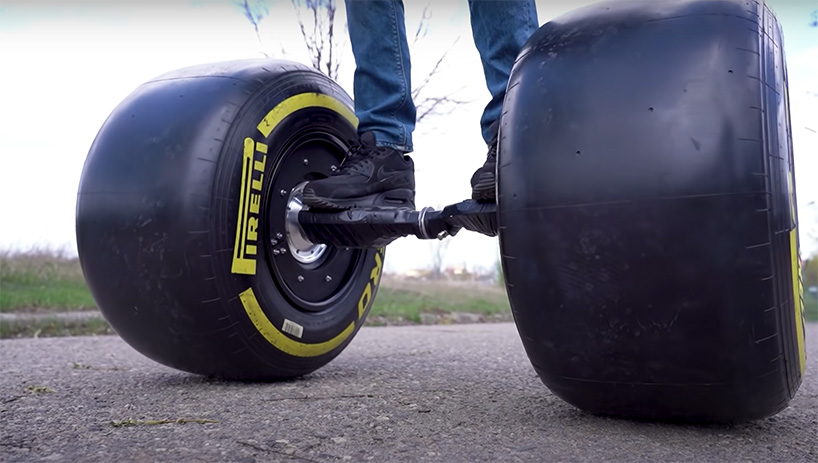 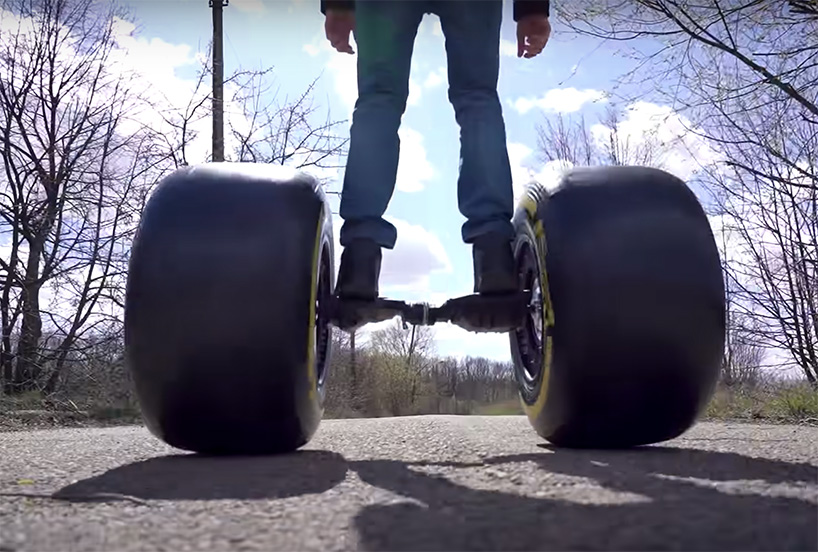 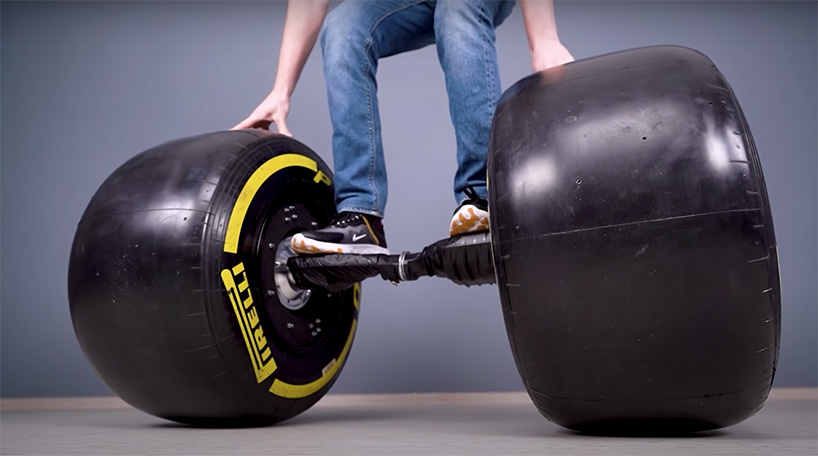 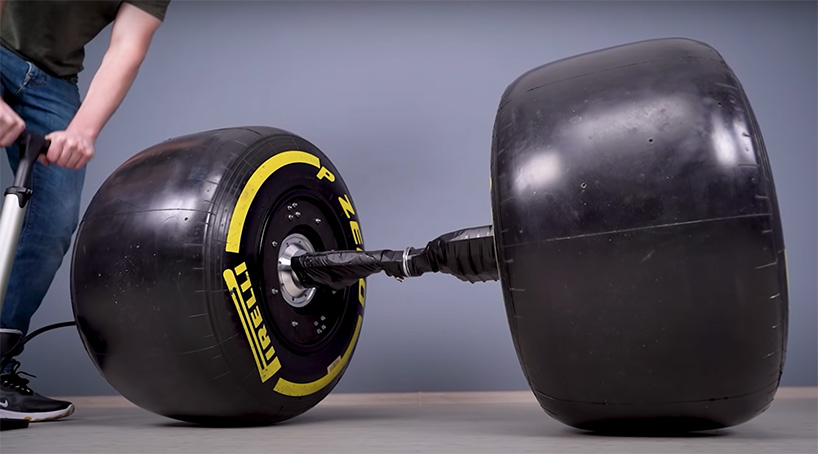