from the russian technology company who released the first commercial hoverbike, the ‘scorpion 3’, hoversurf has revealed plans for the five-seater ‘project formula’ concept. as the latest take on personal air transportation, the vehicle is solely for flying and enhances an efficient and noise reducing hybrid battery. furthermore, it uses 52 turbine propulsion and 48 small electric thrusters to handle the direction and its vertical take-off and landing (VTOL). 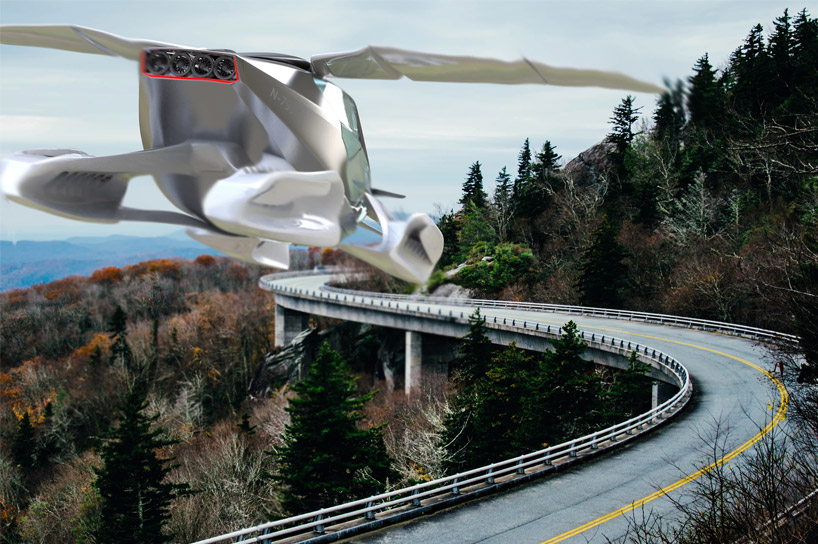 personal door-to-door transportation will be conducted using flying cars, according to hoversurf

hoversurf’s five-seater ‘project formula’ concept builds upon its efficient engine with an equally capable design. as well as providing a sleek aesthetic, its folding wings improve productivity, speed and flying distance, whilst folding when parked to become more compact. this feature highlights an imagined future when air taxis will replace cars and, like the ‘project formula’, fit into a regular, single car space. its futuristic body is formed from 3D printed carbon fiber and metals, making the concept ultra-modern in idea, yet up-to-date in practice. 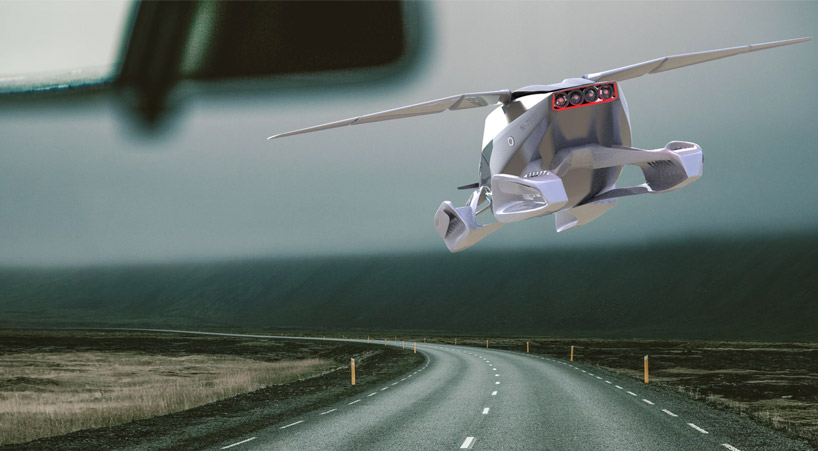 the sleek, modern design of the vehicle will be created using 3D printing 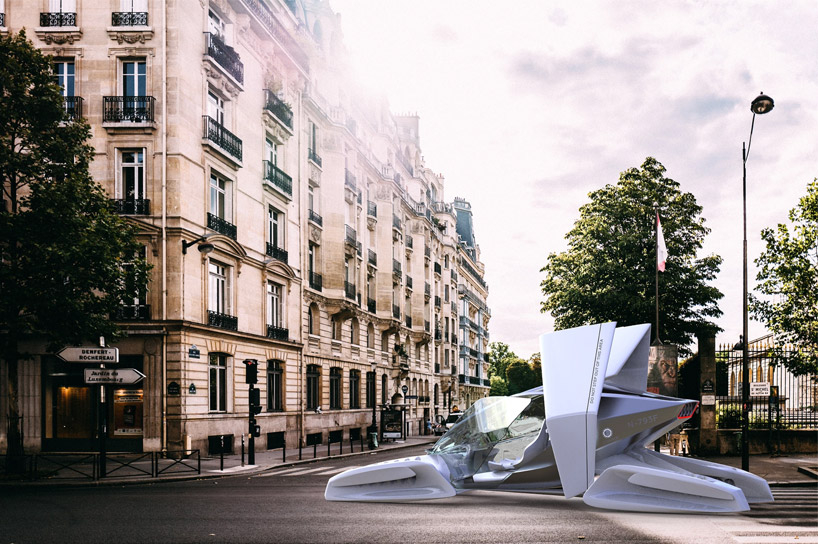 without cars, roads will become pedestrianized and places for VTOLs to park 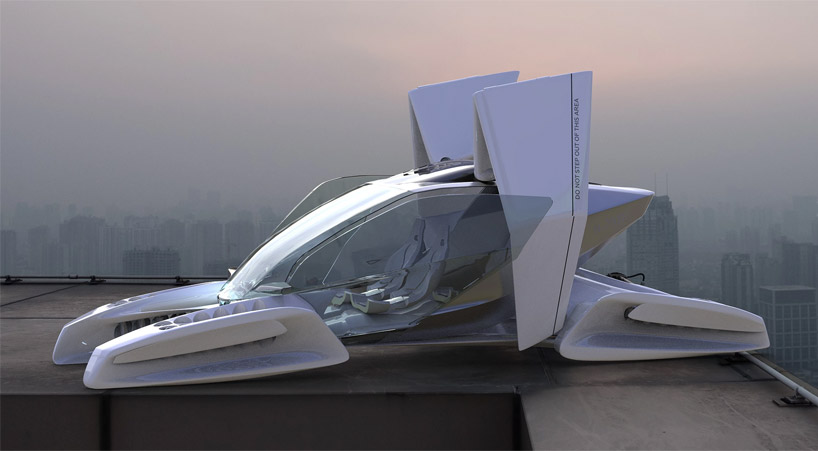 when parked, its wings fold to minimize space 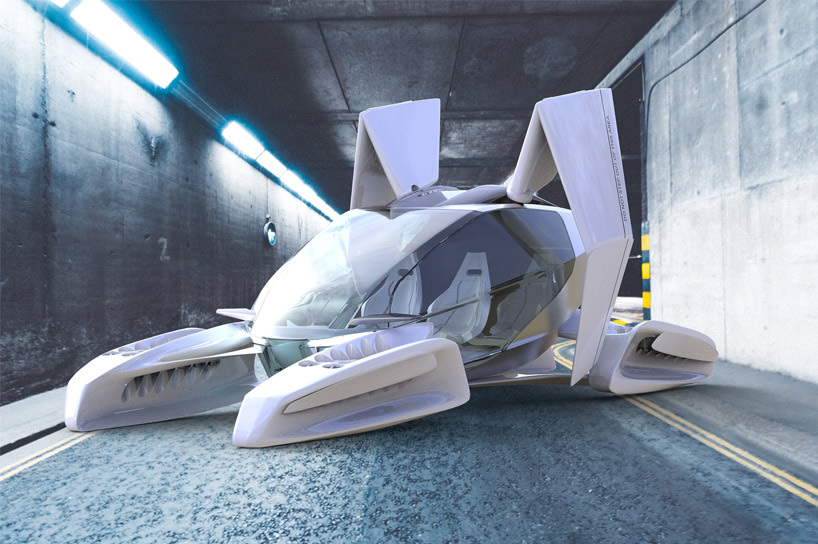 its design and hybrid battery system aims to improve efficiency 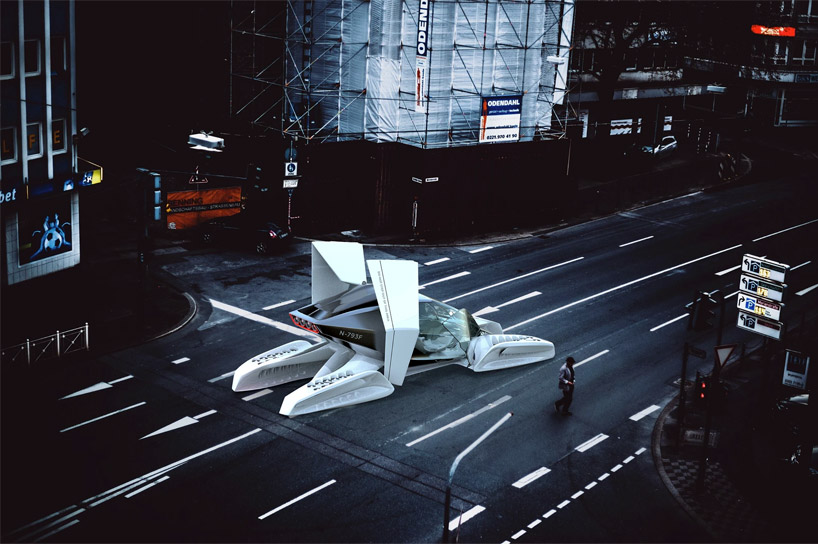