the russian startup hoversurf is making flying as easy as riding a bike. the ATaaS—that’s air transport as a service—company have just unveiled the first commercial hoverbike that the world has ever seen. the craft in question is the scorpion-3, and is a fully-manned quadcopter that aims to make flying accessible to the masses.

the unique, electric-powered vessel combines a motorcycle seat with quadcopter drone technology, bringing speed agility and stability of flight to the hands of both amateur and professional navigators. hoversurf have designed the craft to resemble a compact dirt bike in size and shape, with its frame based on a motorcycle concept. the end product is a machine that more-or-less surfs through the air by changing altitude and direction. 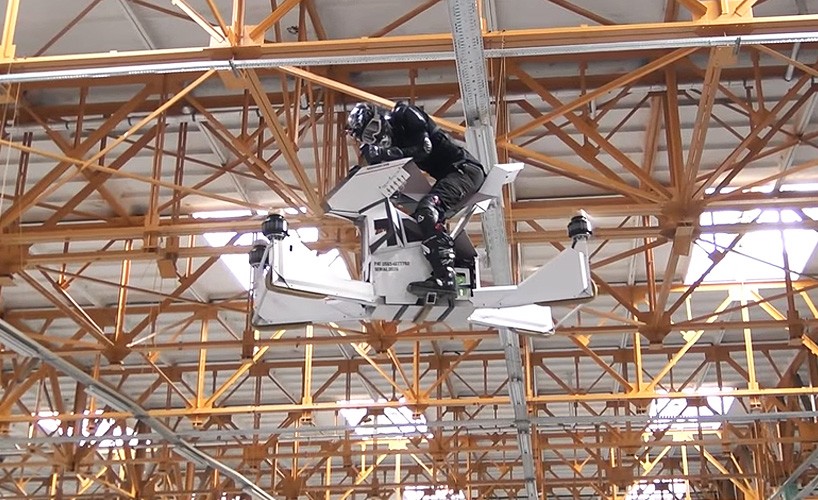 the scorpion 3 can reach heights of up to 10 meters

the hoverbike has been designed with diverse conditions in mind, and employs inbuilt software for full manual and automated control. in case you needed some reassurance, the platform is equipped with a safety system powered by state of the art flight controllers, special logical programing, and computer-aided speed and altitude limiting. 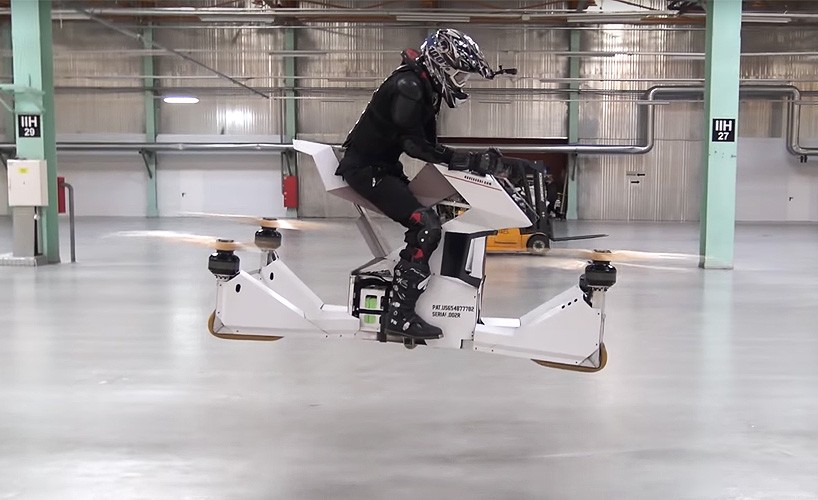 the electric craft can carry a weight of up to 120 kilograms, reaching speeds of up to around 50 kilometers per hour and soaring to heights of around 10 meters. whilst at the moment the craft is seen as an extreme sports vehicle, hoversurf remain sure that such machines will become integrated in everyday transport systems in the near future. 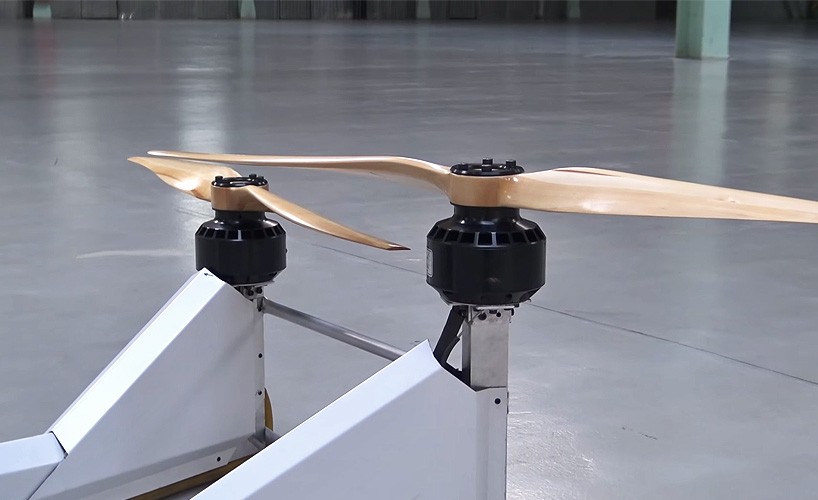 the hoverbike’s propellors are electrically powered 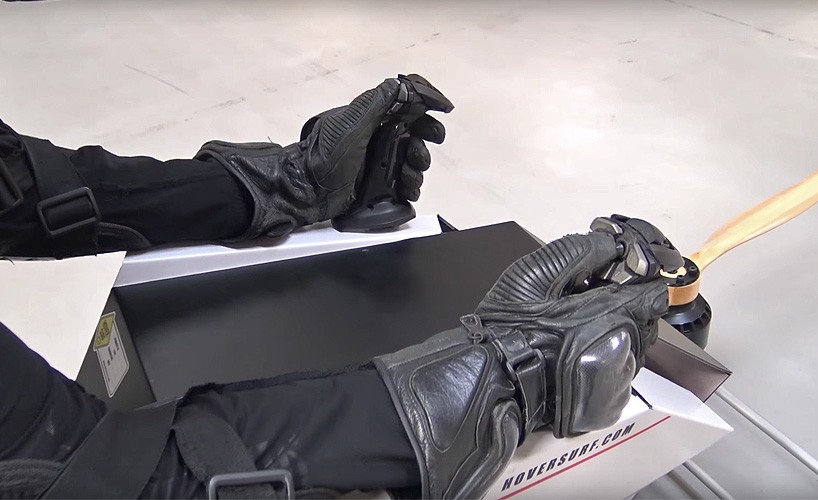 scorpion 3’s controls are integrated within its handles