south korea puts a modern twist on an historical tradition by letting robots carry the olympic torch. in the lead-up to the pyeongchang winter olympics in 2018, not one but two humanoids took part in the relay foreshadowing tech expectations for the games next year. 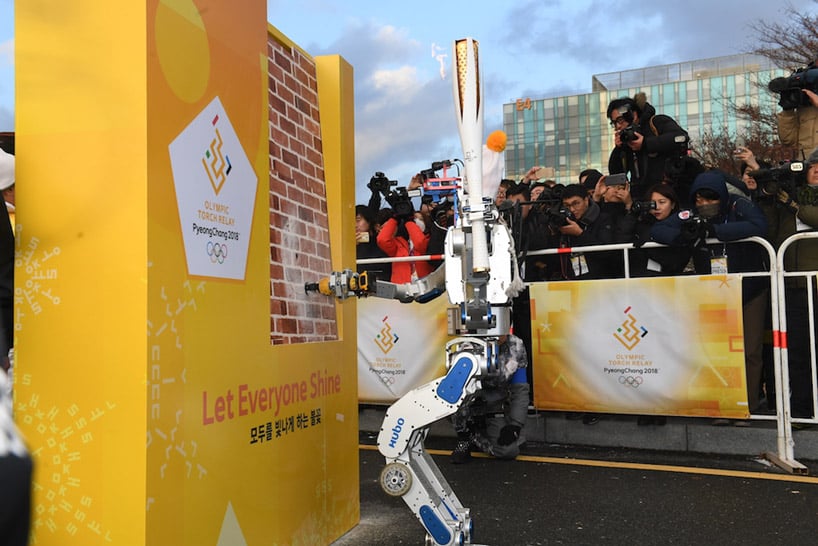 during the 41st day of the relay HUBO, a robot created by the korean advanced institute of science and technology (KAIST) carried the torch before cutting through a brick wall to hand it to its’ creator, professor oh jun-ho. oh-jun ho then passed it onto another robotic creation – a human-controlled ‘walker’ dubbed the FX-2, an eight feet tall model weighing 600 pounds and featuring two fully articulated hands with five fingers each. 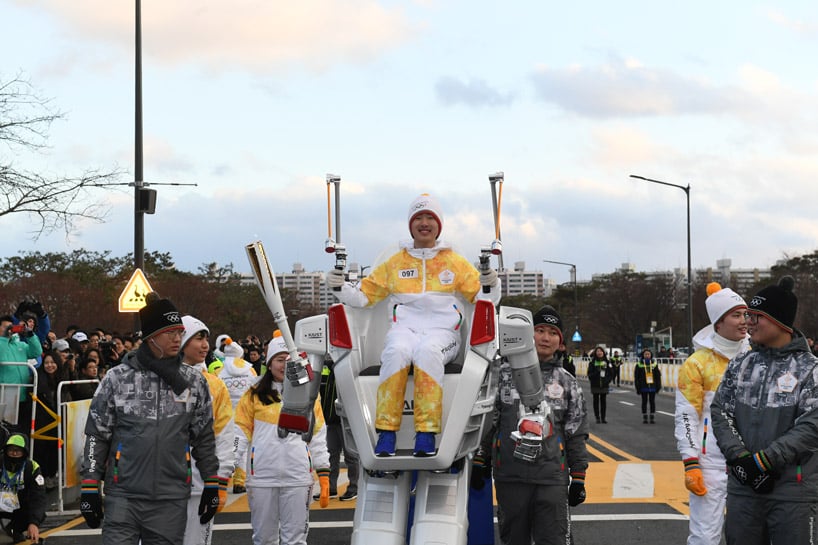 HUBO then passed the torch onto the FX-2 robot, operated by a 14-year-old aspiring scientist

the FX-2 is a joint venture between the HUBO lab and rainbow robotics, built especially for the torch relay and revealed to the world for the first time. HUBO on the other hand, is a few years old, winning the DARPA robotics challenge in 2015, an international competition to evaluate disaster response capabilities of robotic technology.

the stunt comes as part of the robot revolution expected to be the focus for the olympic in the coming years. the torch relay isn’t HUBO’s only role during the winter olympics. eighty-five HUBO robots will be used at the games to assist with security, as well as cleaning and information services. later in 2020 summer olympics in japan, organisers hope to have an entire ‘robot village’, complete with self-driving cars. 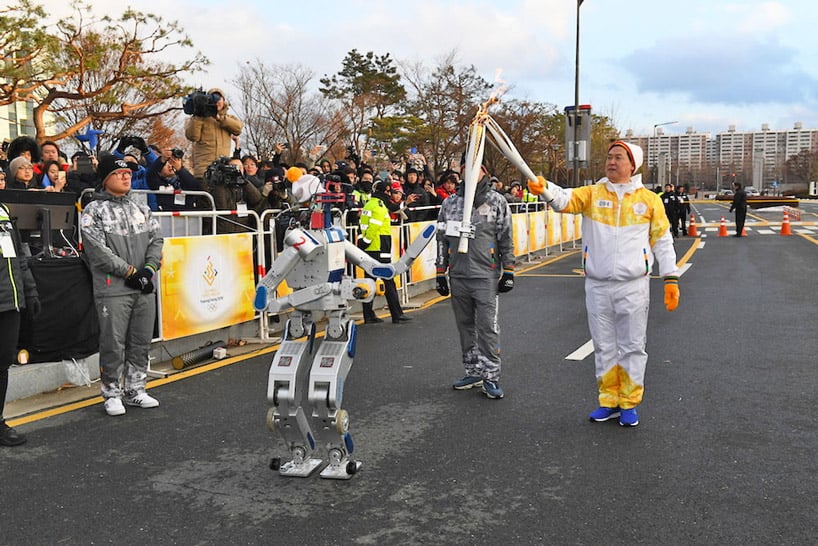 ‘we aim to be the most connected and technologically advanced games ever,’ committee president lee hee-beom comments. ‘today was a chance for us to show the world some exciting technologies that will be showcased during the games.’