the hyperloop one continues to make history with the successful completion of its second phase of testing. following its first full-scale test run in mid-july 2017, the latest development saw the first-generation pod accelerate for 300 meters, gliding above the track using magnetic levitation, and reaching a top speed of 310 km/h (192 mph). the testing occurred on july 27th, july, at the 500-meter devloop track in the nevada desert in the USA. 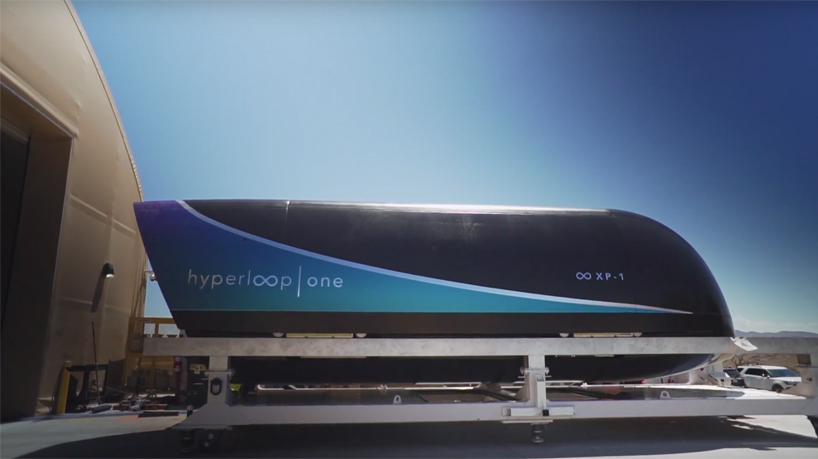 ‘we’ve proven that our technology works, and we’re now ready to enter into discussions with partners, customers and governments around the world about the full commercialization of our hyperloop technology,‘ said hyperloop one CEO rob lloyd. ‘we’re excited about the prospects and the reception we’ve received from governments around the world to help solve their mass transportation and infrastructure challenges.‘ 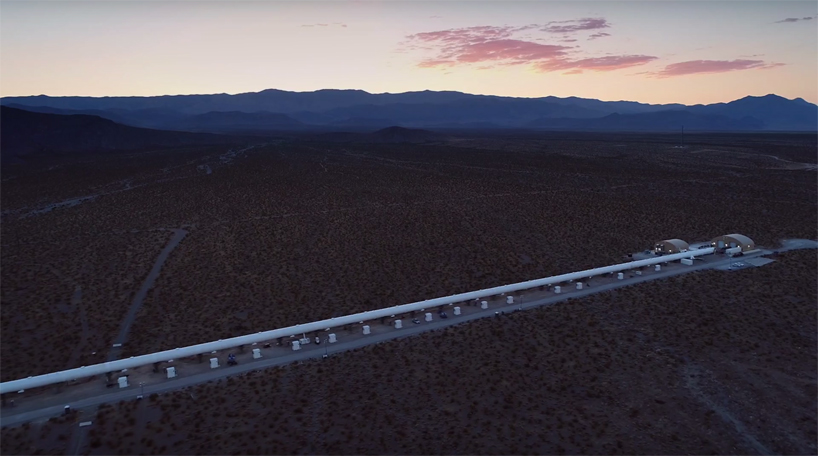 the 500-meter devloop track in the nevada desert

as a technological advancement that is set to radically transform transportation, the hyperloop one propels pods through a low-pressured tube using magnetic levitation. the capsules of passengers and cargo aim to travel at speeds of 1,100 kph (684 mph), reducing transportation time between worldwide cities dramatically. not only reaching a faster speed than the first full text run, phase two exceeded in distance (1,433 feet vs. 315 feet), propulsion (300m vs. 30m), and power (3,151hp vs. 891hp). this marks significant development for the project, taking a step closer to becoming an everyday reality.

‘our team of engineers continues to make history at devloop. only a handful of teams would have attempted something so audacious while far less could have achieved it,‘ said josh giegel, president of engineering and co-founder of hyperloop one. ‘through tireless preparation, dedication and hard work, we successfully completed phase 1, proving that hyperloop one technology works and that hyperloop is real. phase 2 was far more difficult as we built upon everything we learned from our initial test and accomplished faster speeds at a farther distance. we’re now one step closer to deploying hyperloop around the world.‘