it’s a well known fact that due to global warming, glaciers are melting and causing sea levels to rise. yet one engineer–chewang norphel soman wangchuk of the company ice stupa–is going about building artificial ones, to help communities in rural india always have a supply of fresh water. the principal behind artificial glaciers, or ‘ice stupas’ is to collect himalayan ice that flows and wastes away in streams and rivers, preventing it from melting and storing it instead as a source of fresh water. when the ice starts to melt in the summer months, the water can be used to water crops, which might otherwise have perished due to drowt. 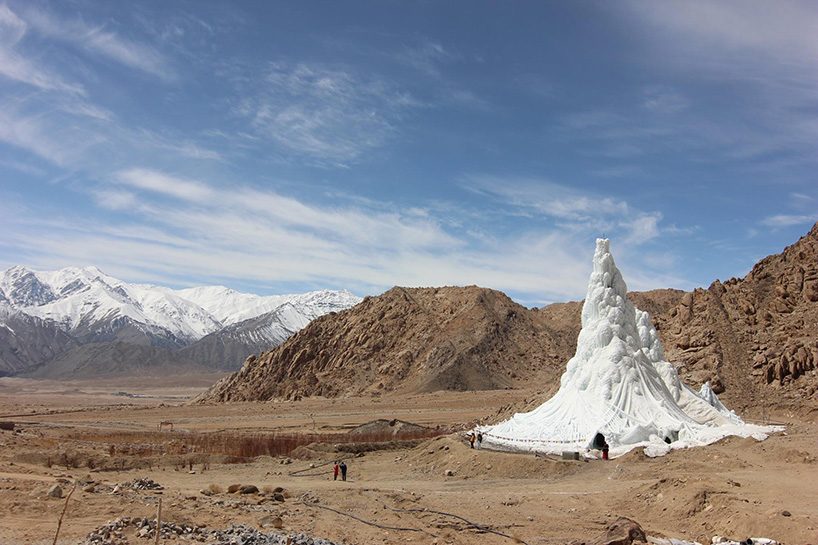 the artificial glaciers are created by freezing a stream of water vertically, in the form of huge ice towers or cones, that can reach heights of up to 30 to 50 metres. the ice mountains can be constructed right next to villages, who need the water. all that is needed to initiate the building of an ice stupa is the installation of an underground pipeline, leading from a higher point on the stream to the desired location of the ice tower, meaning the towers can be installed by the local people. 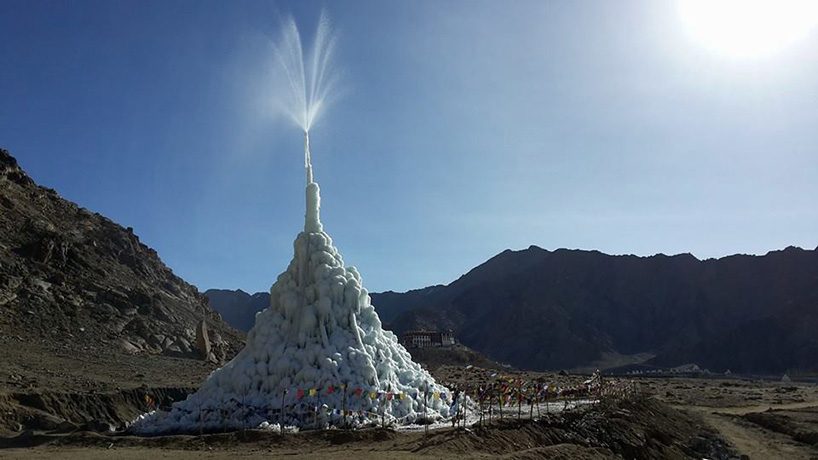 the ice towers are created in winter, when the surrounding temperatures in the himalayan mountains fall to around -30 to -50 degrees centigrade. when the water falls, it freezes before hitting ground level. the ice stupas can be based around a structure such as a mobile phone tower, meaning that the water falls from a greater height and freezes quicker. 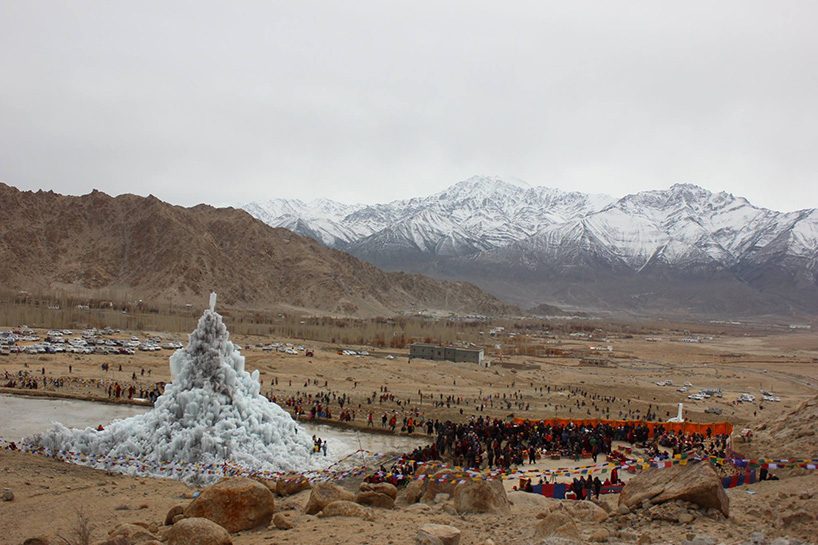 the idea is for the ‘artificial glaciers’ to sustain the needs of the indian communities until long into the summer, when the real glacial melt waters start to melt. thanks to their conical shape, extending vertically upwards, the glaciers recieve fewer of the suns rays per volume of water stores, meaning they take much longer to melt that a horizontal glacier. successful ice stupa prototypes have already been tested in the ladakh area of india, on the tibetan border. 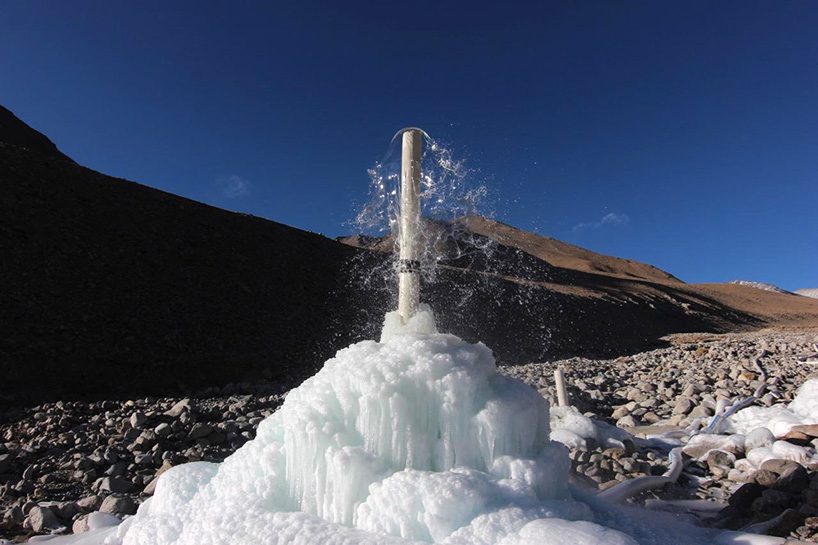 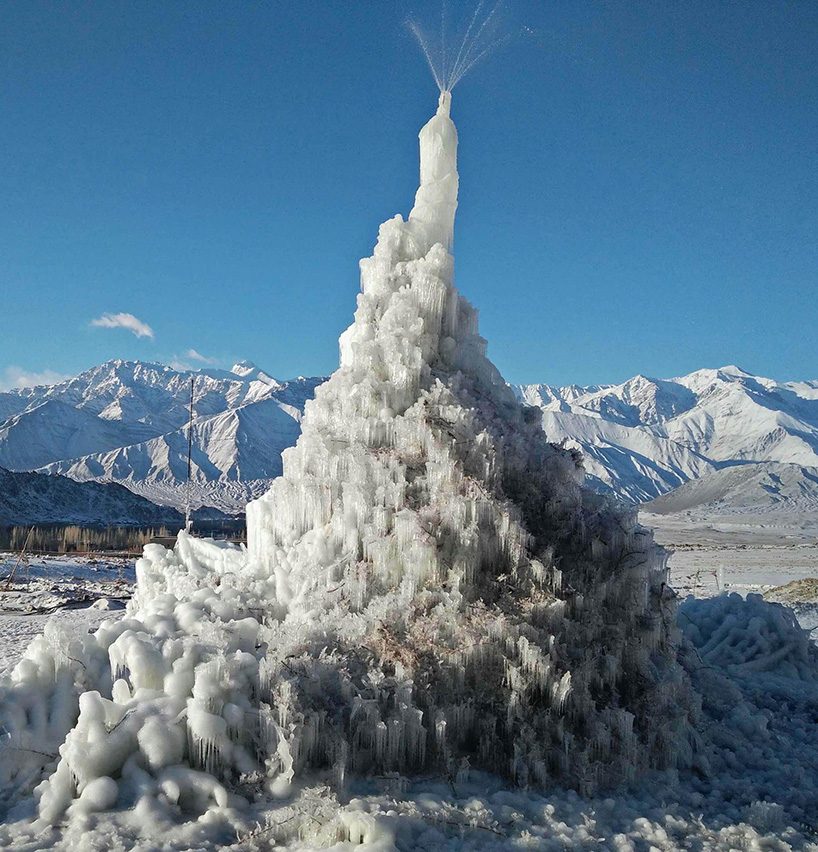 when the water falls, during the cold winter nights, it automatically freezes 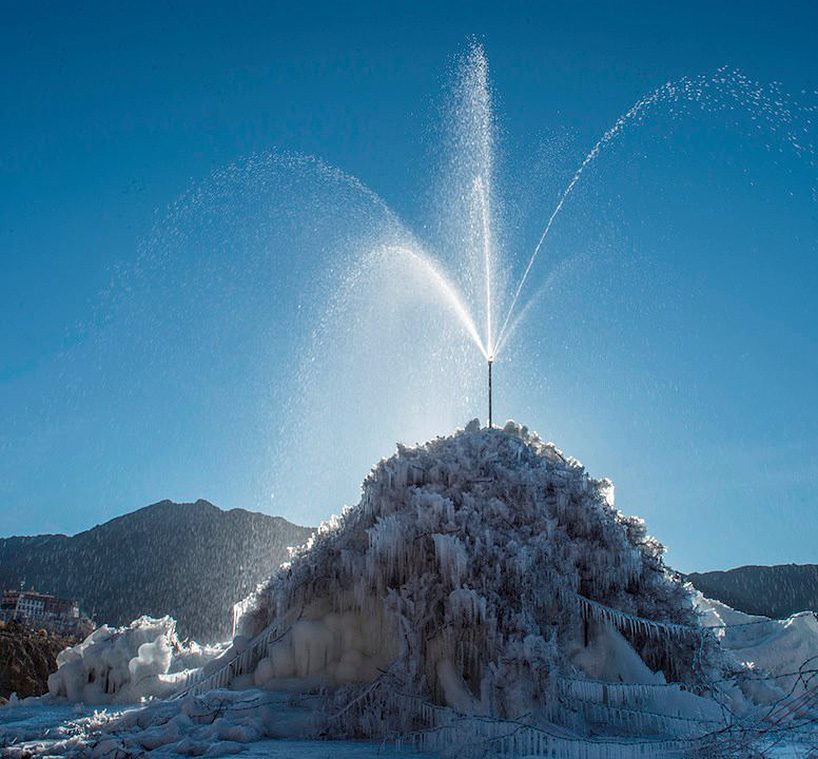 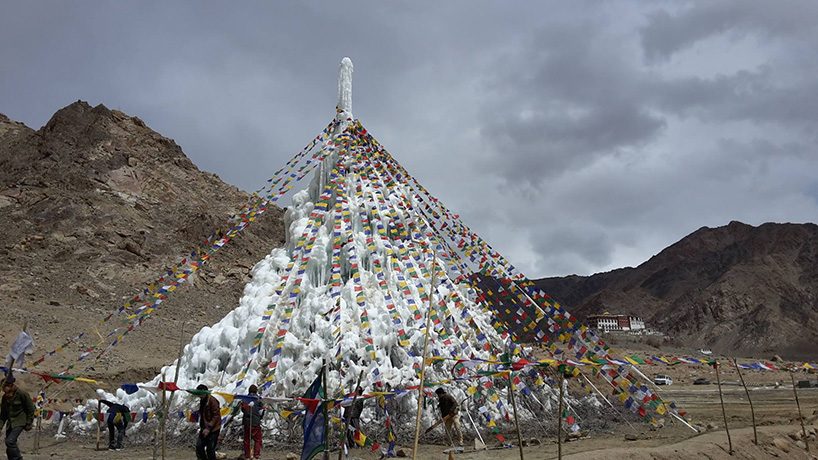 the artificial glacier is adorned with buddhist prayer plags