always one to stay on top of current events, IKEA has revealed its’ latest campaign – a playful response to the launch of the latest iPhone. poking fun at the tech giant, who announced wireless charging on the 8/X models last week, this feature was embraced by IKEA back in 2015. the new ads showcase IKEA’s wireless charging lamp, RIGGAD, whilst mimicking apple‘s and steve job’s most recognisable quips. ‘this changes everything’ becomes ‘this charges everything’ and ‘think different’ becomes ‘link different’. 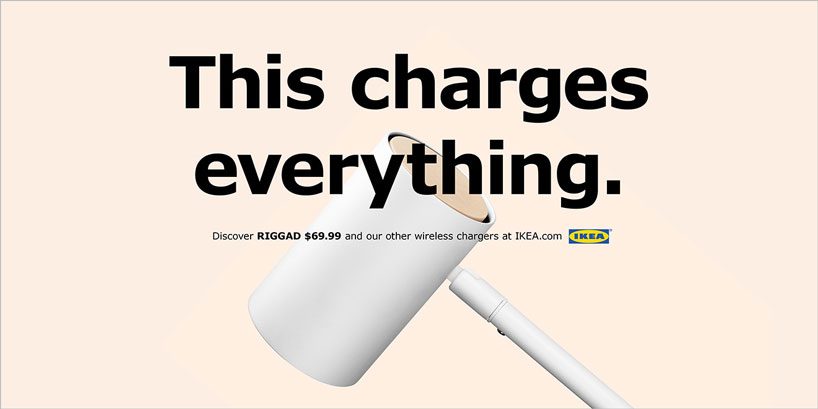 for the last two years, the swedish design brand has been offering customers wireless charging pads, which up until now have needed an adapter to be compatible with the iPhone. finally apple fans can make use of IKEA‘s extensive range of products, a fact they are keen to let consumers know. ‘IKEA has been very progressive with wireless charging,’ explains morten kjær, creative director at IKEA creative hub. ‘we are thrilled that new iPhone owners finally can make use of one of the most powerful lamps we’ve ever made.’ 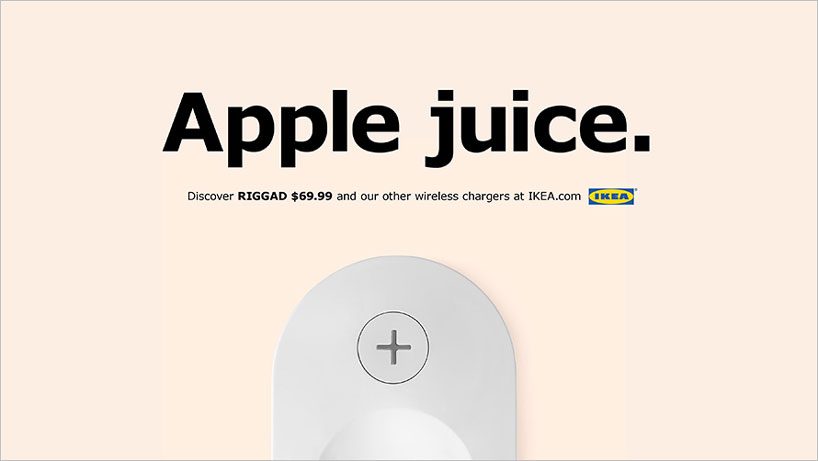 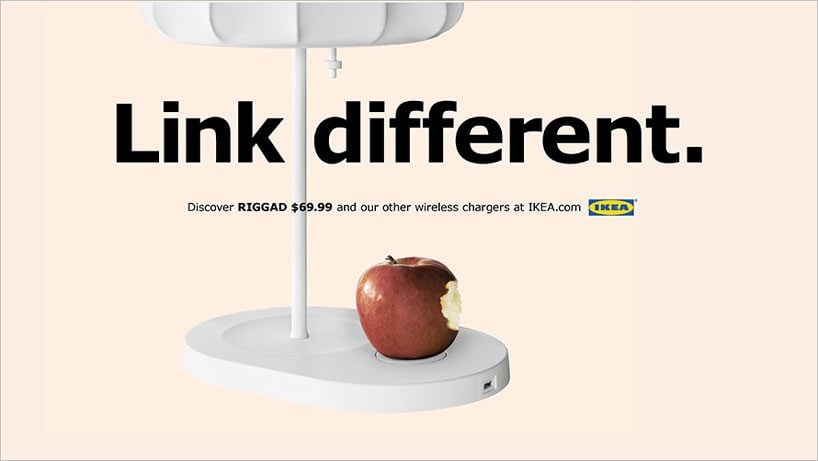 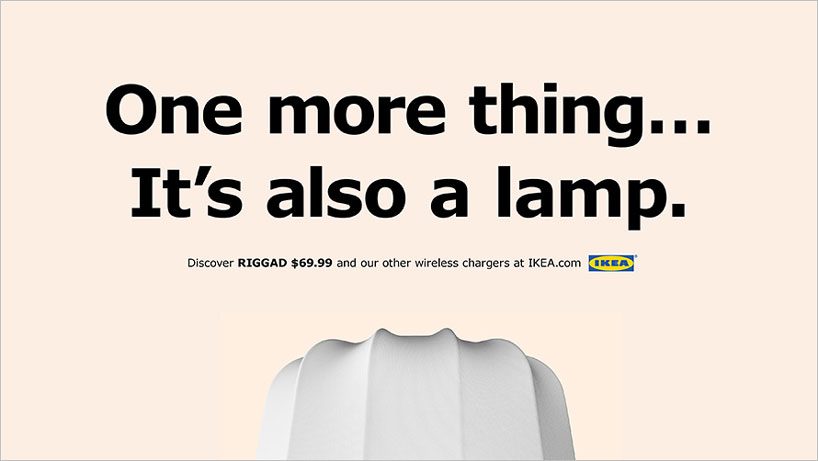 ‘one more thing…it’s also a lamp’, IKEA has been using wireless technology since 2015 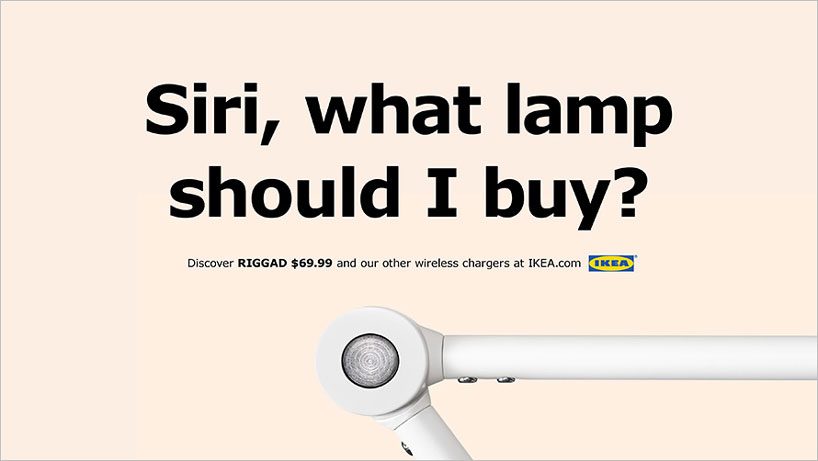 ‘siri, what lamp should I buy?’, IKEA pokes fun at iPhone’s features, new and old 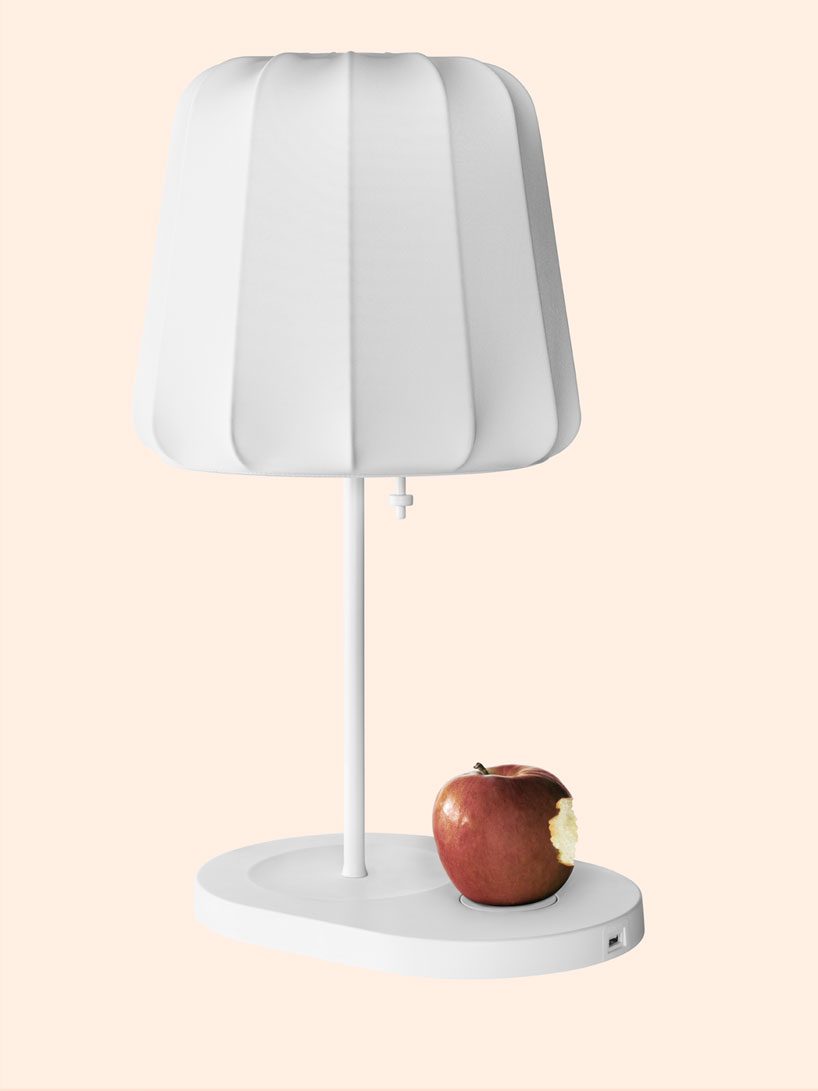 May 05, 2021
power up your iPhone charging experience with these dynamic wallpapers by ben vessey
Audi x Andrés Reisinger Sphere