IKEA is collaborating with american startup ori to develop a robotic furniture system called ROGNON. designed for small space living, the large storage unit is controlled by touchpad and can slide across a room to divide it into two living spaces, and contains a bed, desk and a couch, which can be pulled out when needed. 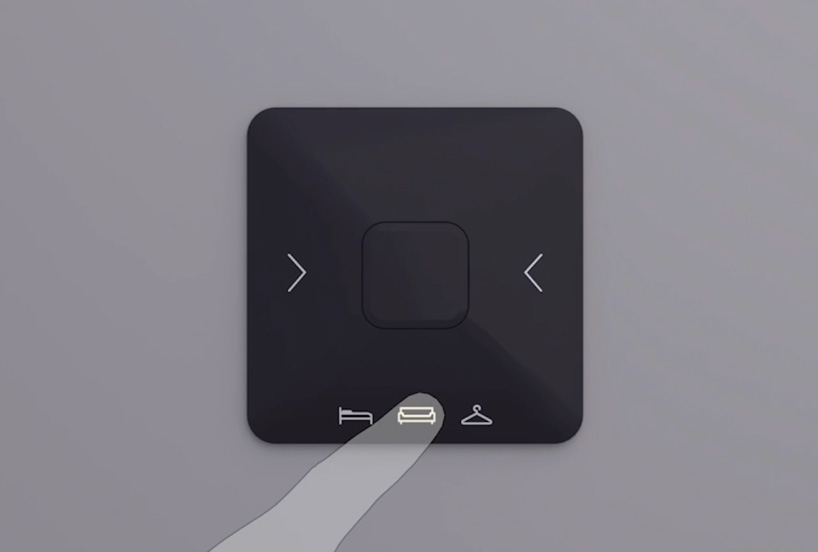 ‘more and more people are living and moving into cities where approximately an extra 1.5 million people join the urban population every week,’ it says in a press release from IKEA. ‘this mass urbanisation is accelerating and creates heavily populated cities that are at the same time consuming both land and resources at an unsustainable pace.‘

Meet our new robot, ROGNAN. Forget compromise in a small space. ROGNAN transforms small spaces into comfortable, multifunctional homes. It changes to meet your needs, from sleep, to getting dressed, to having guests, and more. The population of cities is growing, and our living spaces are shrinking. ROGNAN is a product for this new reality of modern urban life. Planned launch date: during 2020. @ori_living #IKEADDD2019 #IKEAtoday #IKEA #ROGNAN #oriliving

in response, IKEA wants to enable its customers the ease of changing up their small space to accommodate the myriad of activities that take place in a home:

‘we have been working with developing small space living solutions for a long time, and we know that some of the biggest challenges in peoples’ homes are storage and finding the place to do all the activities that you’d want to do in your home,’ says seana strawn, product developer for new innovations at IKEA.

pricing hasn’t been announced for ROGNON yet but IKEA says it is determined by their studies into urban, extreme small-space living, which involved conducting home visits and analysing data from its retail markets in hong kong and japan. the products first launch is planned for both countries during 2020. 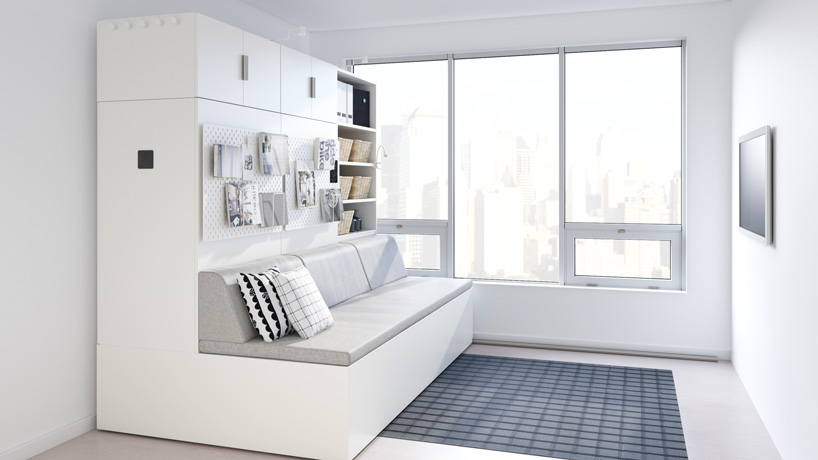 ori is a boston-based furniture start-up that grew out of a collaboration between MIT media lab students and designer yves behar and first caught our attention in 2016. appropriately, the company’s name derives from the word origami – the japanese art which sees paper folded into various forms.

the robotic furniture is being presented as part of the 2019 democratic design days, IKEA’s annual conference, which takes place at the company’s headquarters in älmhult, sweden.

the brand’s research lab SPACE10 also revealed an ‘urban village project‘, developed in collaboration with architecture studio EFFEKT. the urban village project envisions a subscription-based housing service that brings together people of different demographics and encourages them to share facilities.

residents would live in modular cross-laminated timber housing, enabling a variety of different living configurations, some as little as 36m2 and could benefit from furniture solutions such as ROGNON.