nissan motor corporation and INFINITI unveil a sleek, open-wheeled electric retro-roadster prototype at the 2017 pebble beach concours d’elegance. the car, dubbed ‘prototype 9’, is a celebration of the hong kong-automaker’s ingenuity, artistry and craftsmanship. it represents a reimagining of a 1940’s race car with time-honoured production techniques to realize its retro design. 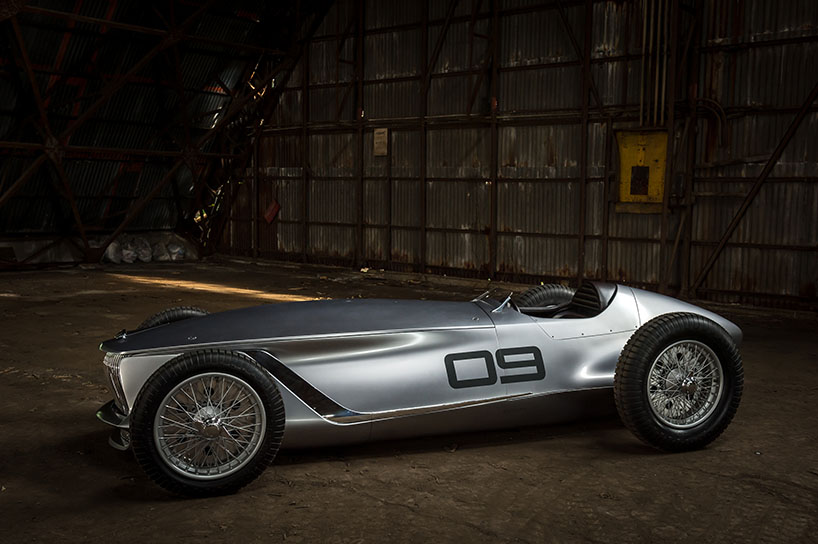 ‘prototype 9′ is emblematic of  INFINITI’s collaborative spirit, and passion for attractive design. from humble beginnings as a sketch, to the dynamic example at pebble beach, ‘prototype 9’ has been brought to life as an after-hours endeavour by a passionate team of employees from across the nissan motor corporation. the car is powered by a prototype electric motor and battery from nissan’s advanced powertrain department. this nod to the future contrasts with the traditional materials and techniques applied for the prototype’s manufacture, including panels hand-beaten by a team of ‘takumi’ – the manufacturer’s master craftspeople. 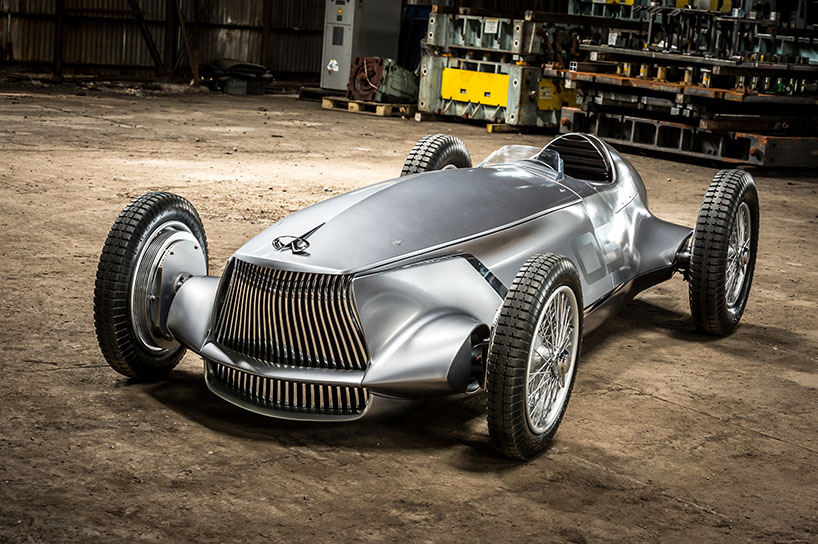 ‘prototype 9’ was influenced by an emerging era of japanese motorsport. the custom-built prince ‘R380’, which also makes its public debut at the 2017 concours d’elegance, broke several land speed records in 1965 before taking overall victory at the 1966 japanese grand prix. prince motor company is considered to be japan’s original builder of premium automobiles, and its legacy can be traced to INFINITI motor company. 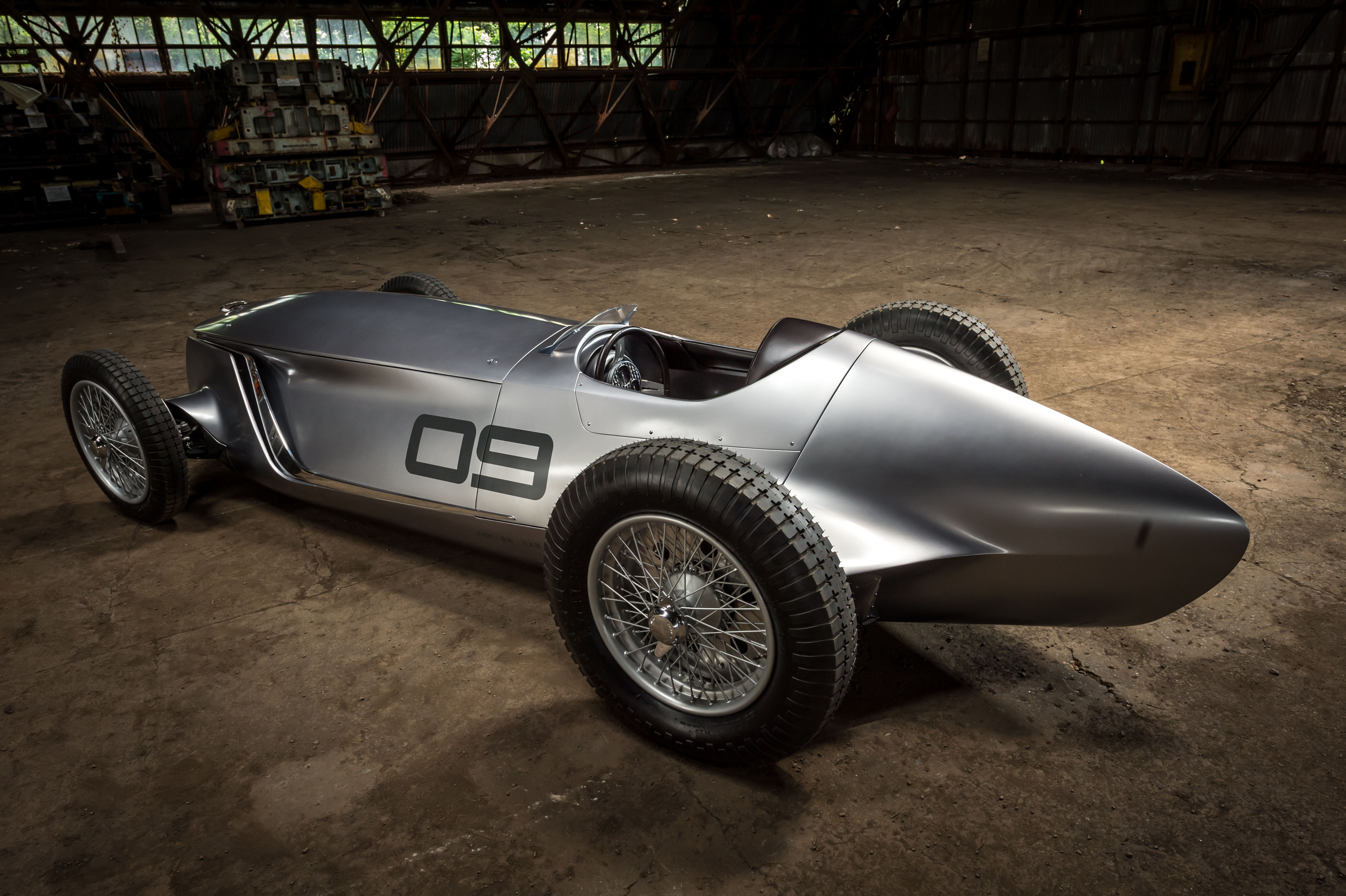 finished in a bare sheet-metal skin, ‘prototype 9’ is the result of countless hours of careful construction. the designs of the brand’s contemporary road cars are characterised by deep-stamping production methods, which enable the creation of sharply defined lines and smooth body surfaces. far from production lines, this out-of-hours project required similarly technical, yet more traditional crafting methods. 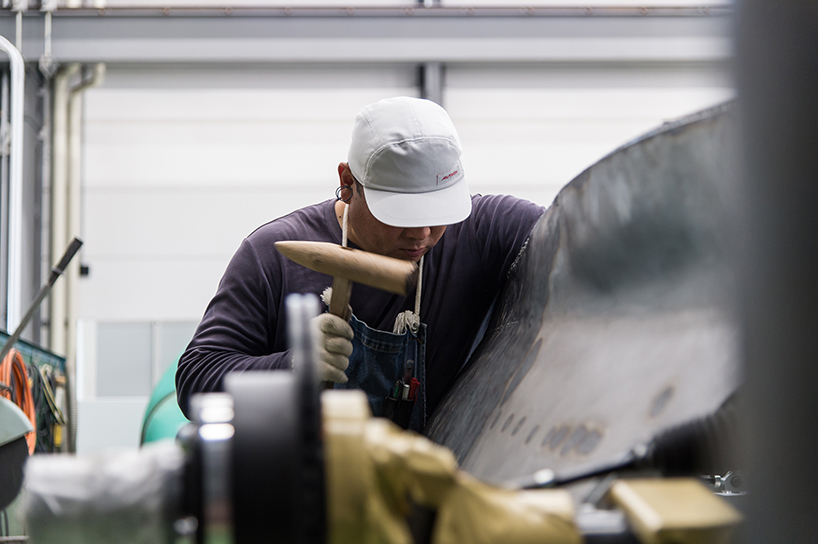 the vehicle’s elegant bodywork is made from steel body panels wrapped around a steel ladder frame. for the prototype, panel beaters incorporated INFINITI’s signature design elements, such as the double-arch grille, ‘shark gills’ aft of the front wheels, a single-crease hood, and sharp lines that stretch from front to rear. in every other respect, the car is unashamedly inspired by retro aeronautical designs. ‘prototype 9’ is defined by its smooth, aerodynamic surfaces, long bonnet and short overhangs, an exposed cockpit, and open-wheeled layout. 19-inch centre-locking wire-spoke wheels at each corner are wrapped in period cross-ply competition tires. 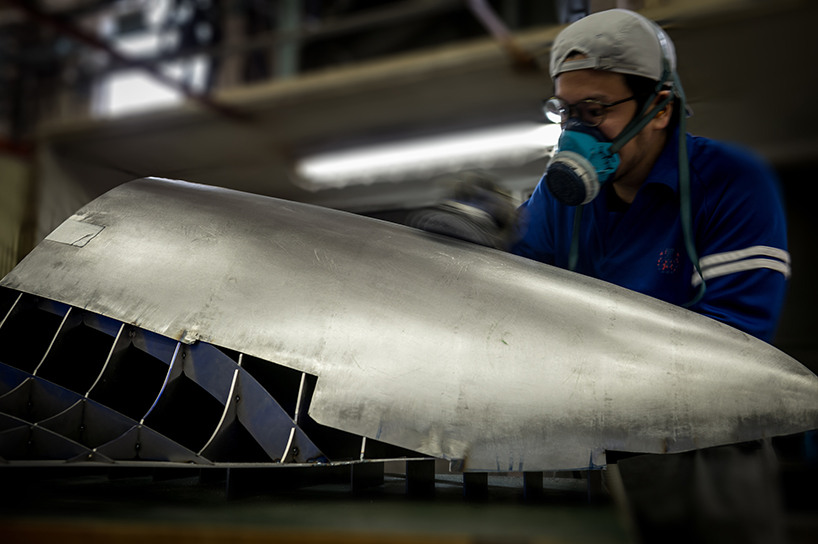 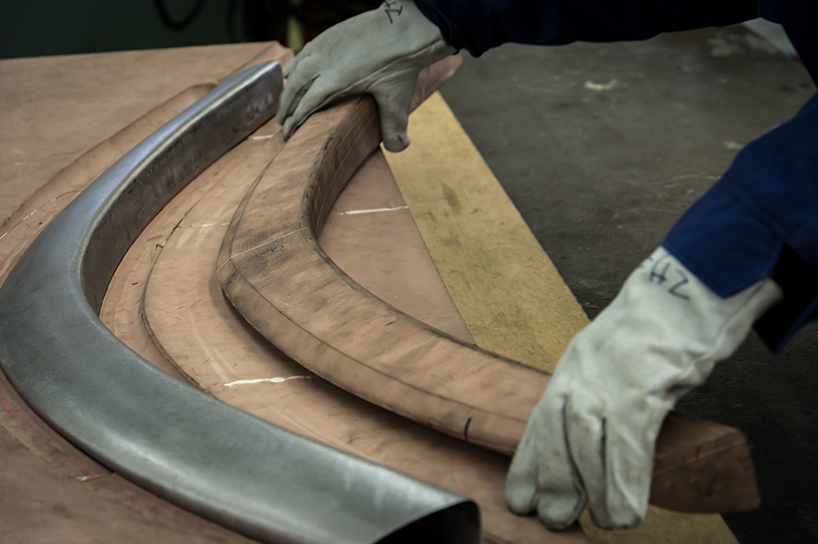 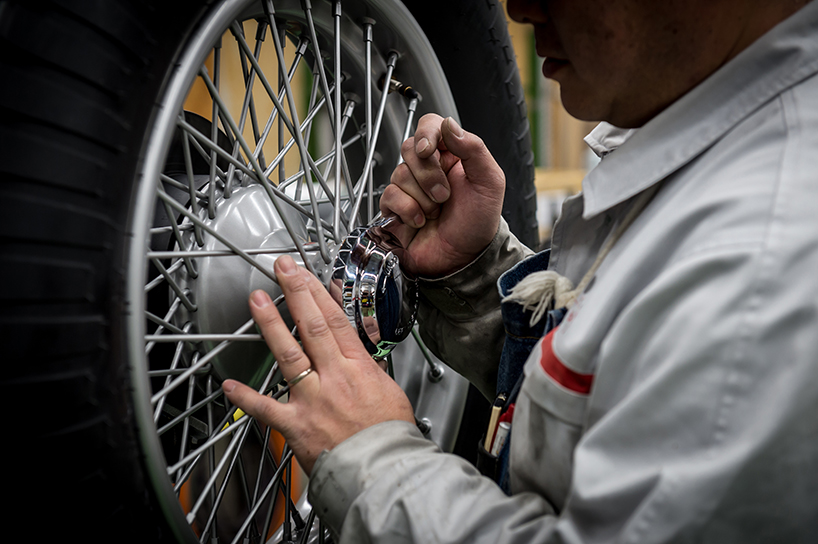 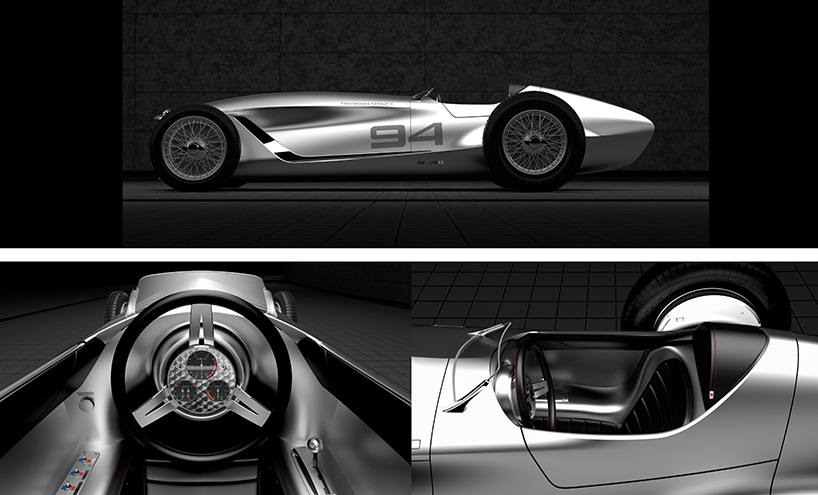