michigan university(U-M) 150 student solar car team has revealed the 10th-generation U-M solar vehicle ‘infinium’, at henry ford museum. ‘infinium’ is expected to be the most competitive car in the team’s history. it has the capability to travel 300 miles without the sun. the car has a lithium battery, space-grade solar cells comparable to those NASA uses in satellites and an in-wheel electric motor designed for solar cars that peaks at 98 percent efficiency. a collaboration among students from different majors allowed the team to design, build, finance, market, and race the ‘infinium’ solar car. 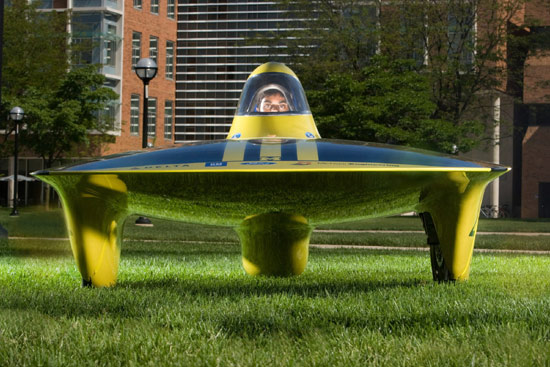 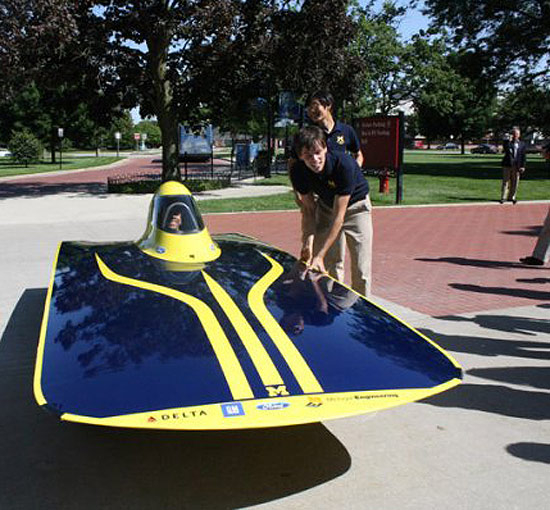 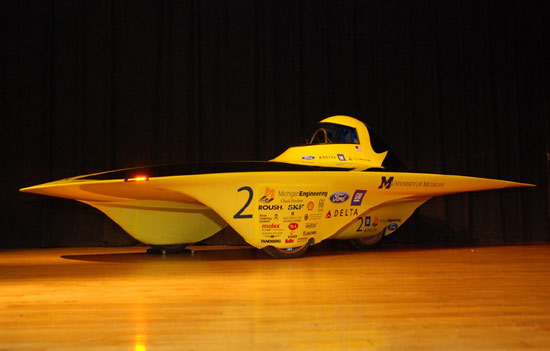 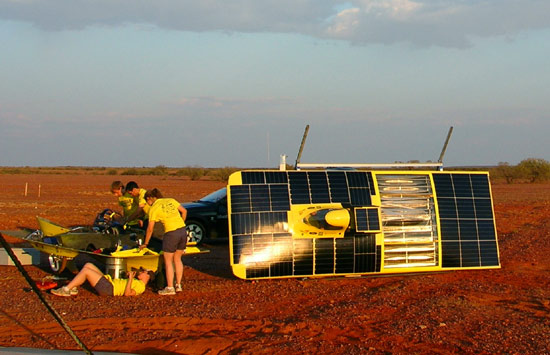