inkimals is a new platform for customized 3D printed designer toys by new york-based studio aminimal (john and lana briscella), which allows users to participate in the creative process — from the 2D phase to the final manufactured piece. launched through kickstarter, the system uses four different printable templates for on-demand, full color production. pencils, markers, crayons, or digital tools (remove to) create each creature’s texture. every character is produced by rendering its frontal projection plane, similar to the technique of a two-part mold.

the form’s draft angles are intentionally rounded to maximize graphic space while minimizing the image’s stretching and distortion. choose from a cast of character temples including: ‘lil dude’ – a small monster, ‘stryder’ – a four-legged creature, ‘rabbit’ – the fashionable type and ‘ghost’ – a short and chubby figurine. 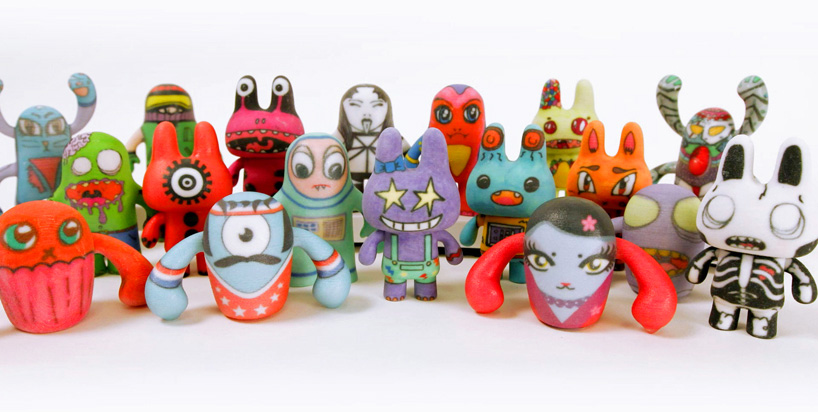 earlier this year, during new york design week 2013, designboom visited aminimal studio, who gave us a sneak preview of the inkimals project, introducing us to the various steps involved in the making process of the figurines. ideas for the collection first came to light when the creatives traveled to tokyo in 2012 to participate in our designboom mart. 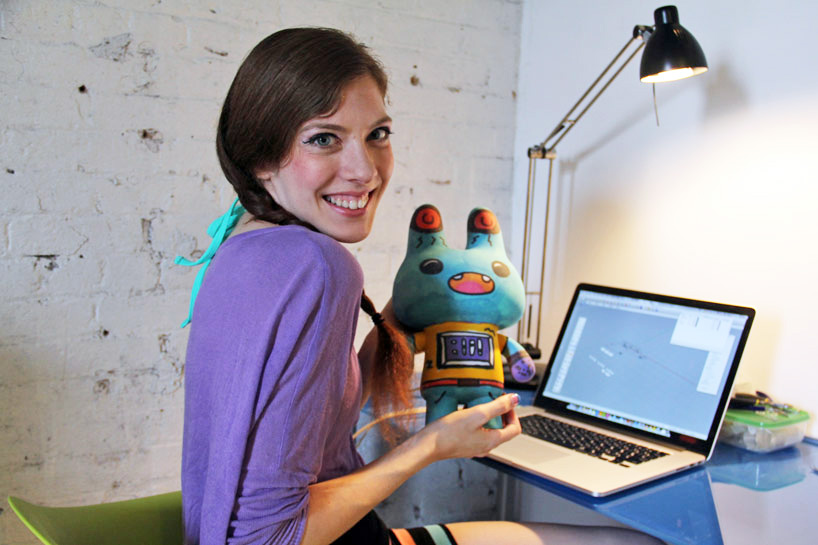 john and lana have launched their inkimals at this year’s tokyo designboom mart. it has been the fifth time they have participated, following their involvement in our new york (designboom mart 2012 and 2013), stockholm (designboom mart 2010) and tokyo (designboom mart 2012) editions. the show has been very successful and they brought home a few contracts with designmuseum shops, the MoMA store in tokyo being among them. the young company is now able to invest in new machinery to expand their collection. 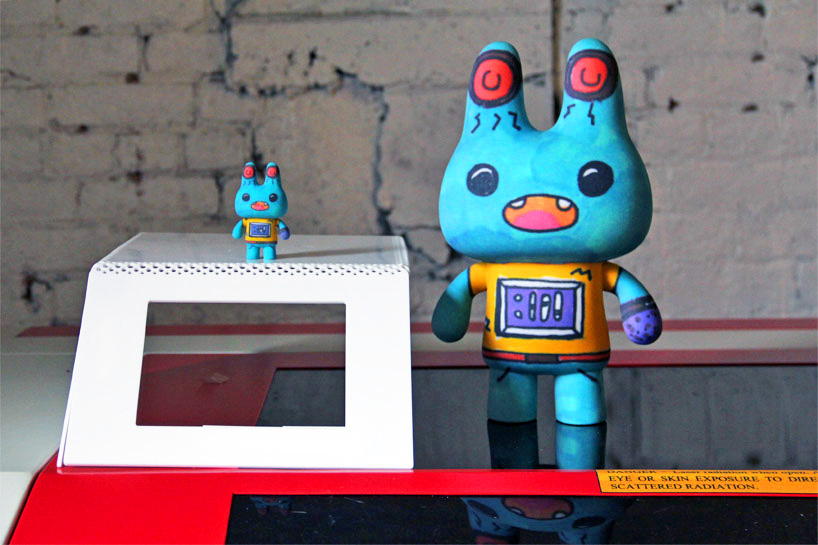 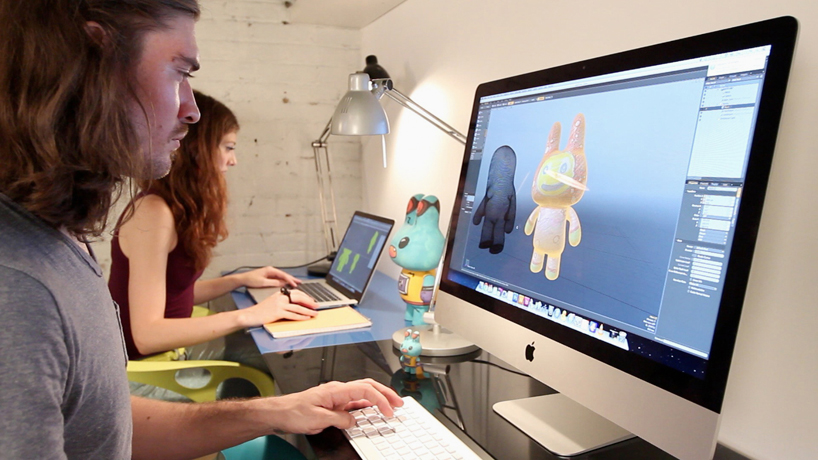 john and lana briscella (aminimal) at their studio in brooklyn, working at the 3D character development 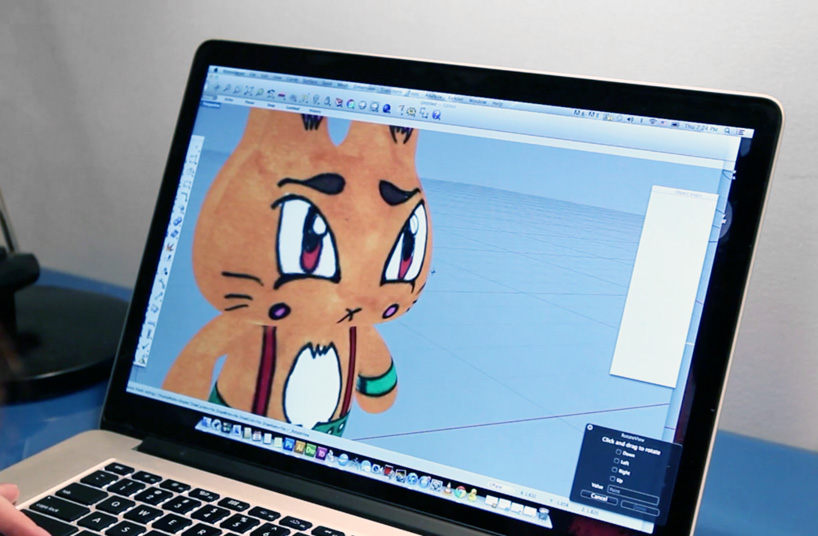 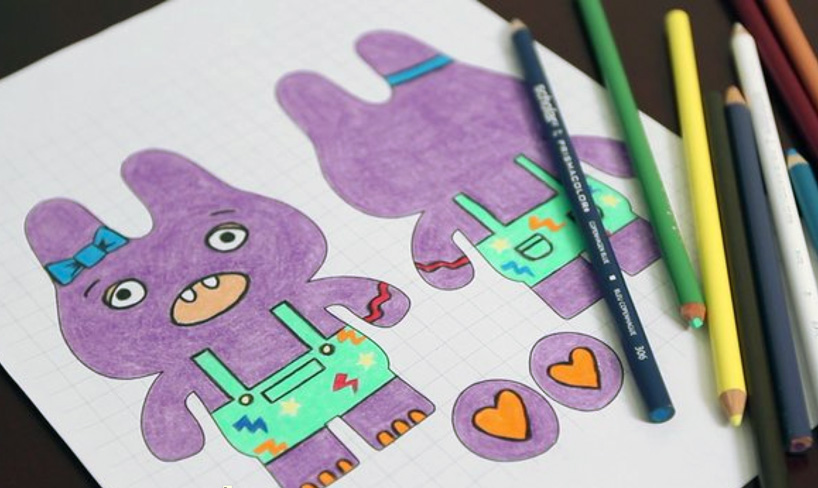 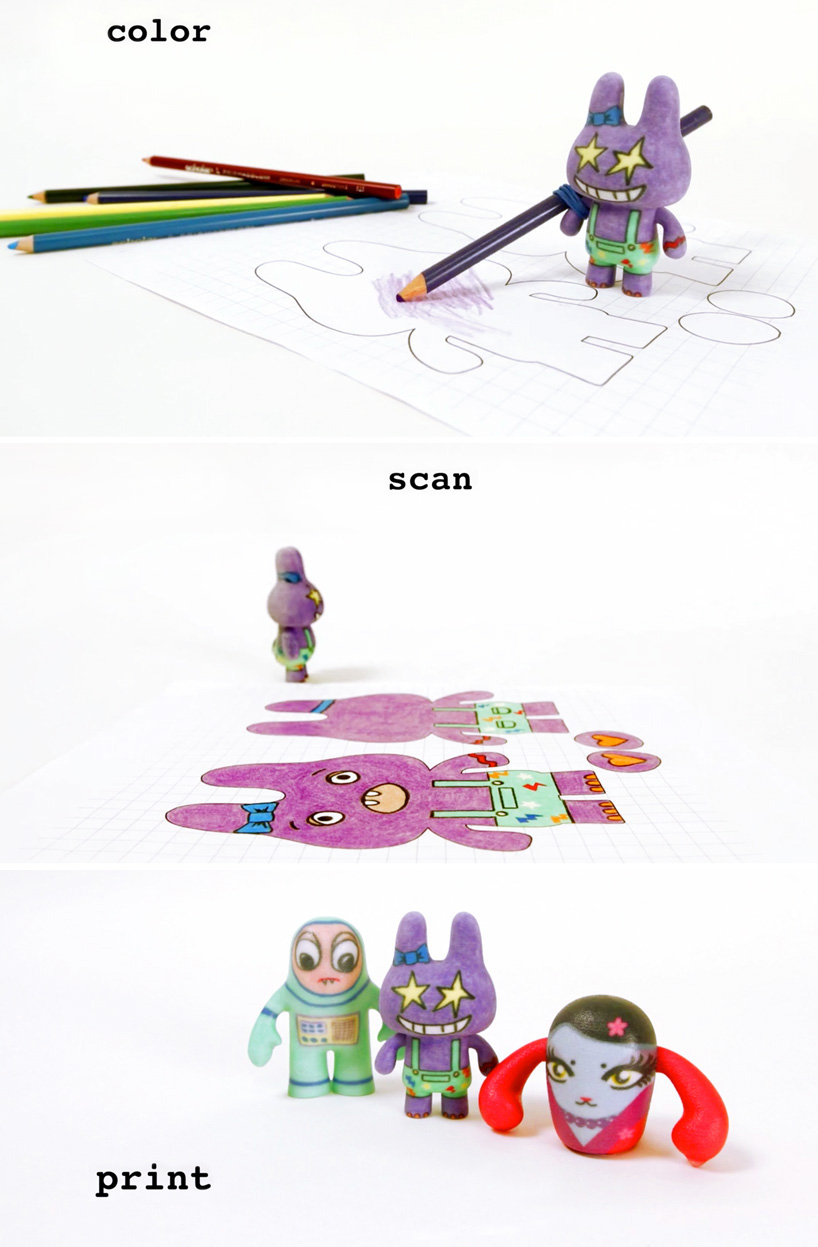 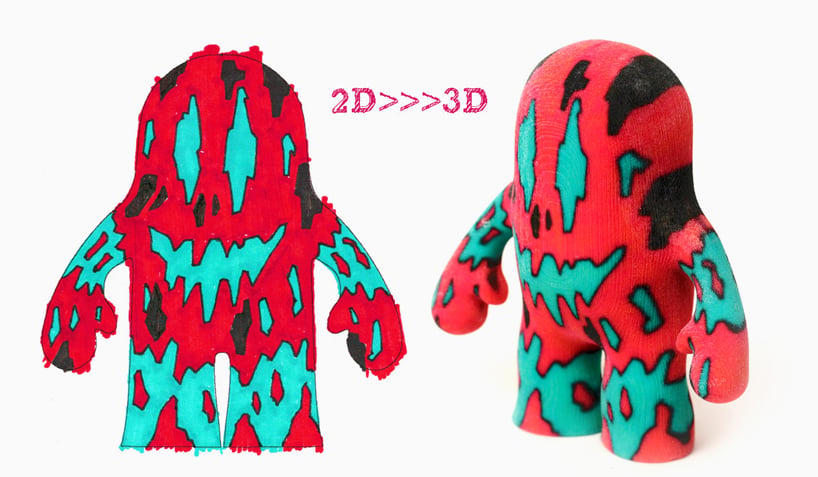 every character is produced by rendering its frontal 2D projection plane, similar to the technique of a two-part mold
image courtesy aminimal 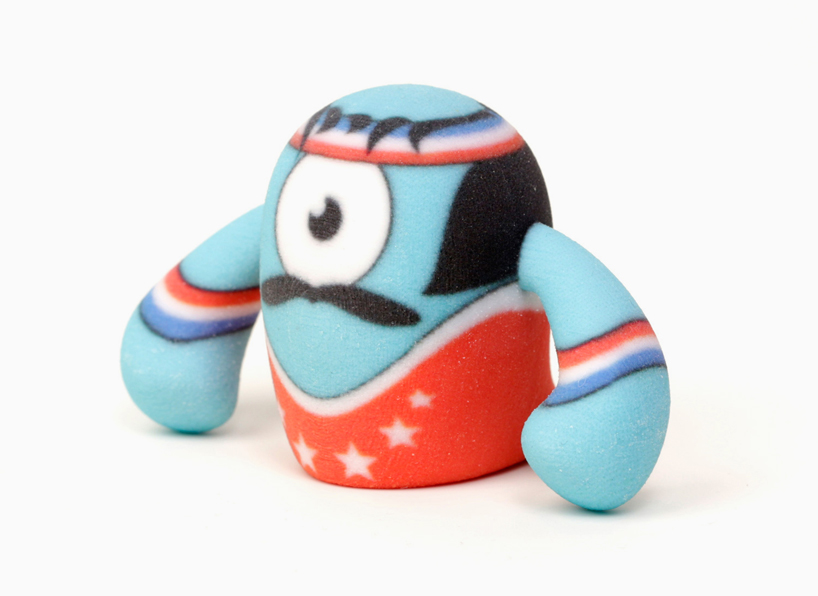 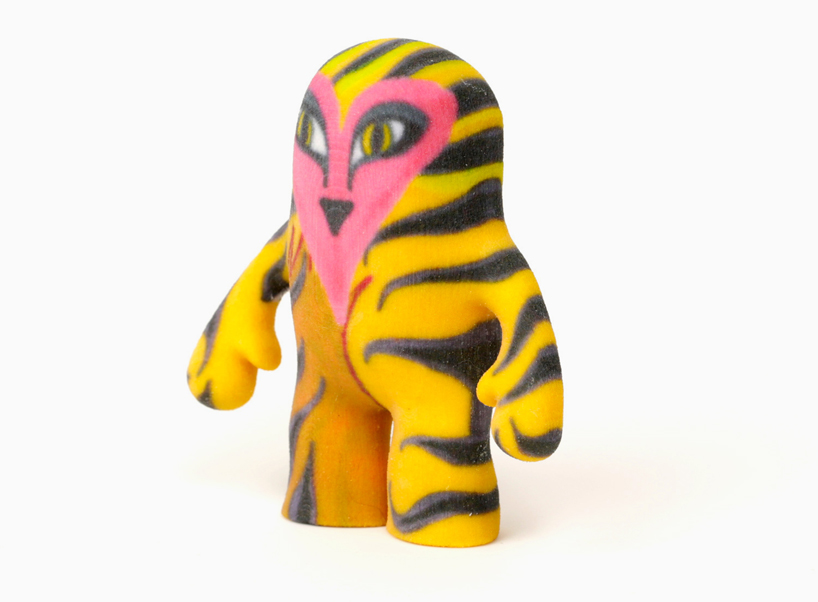 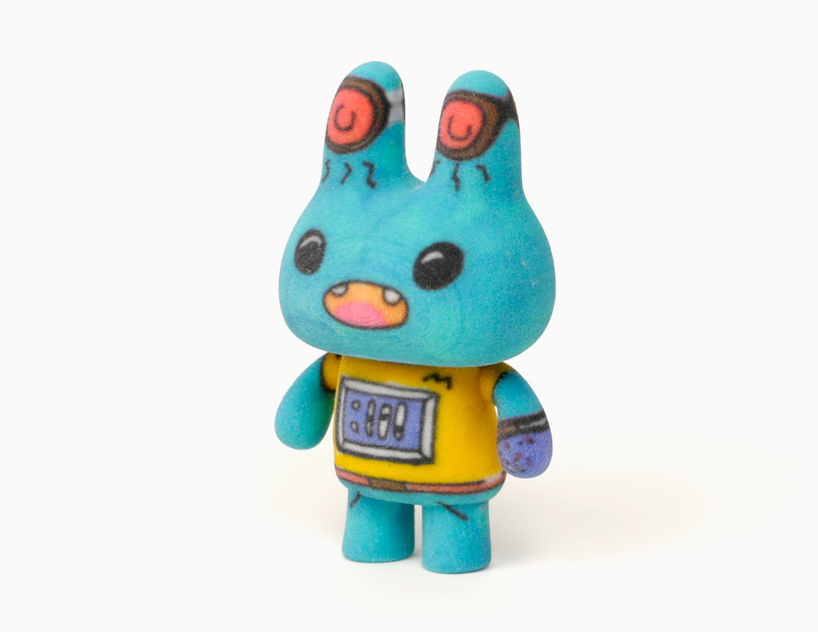 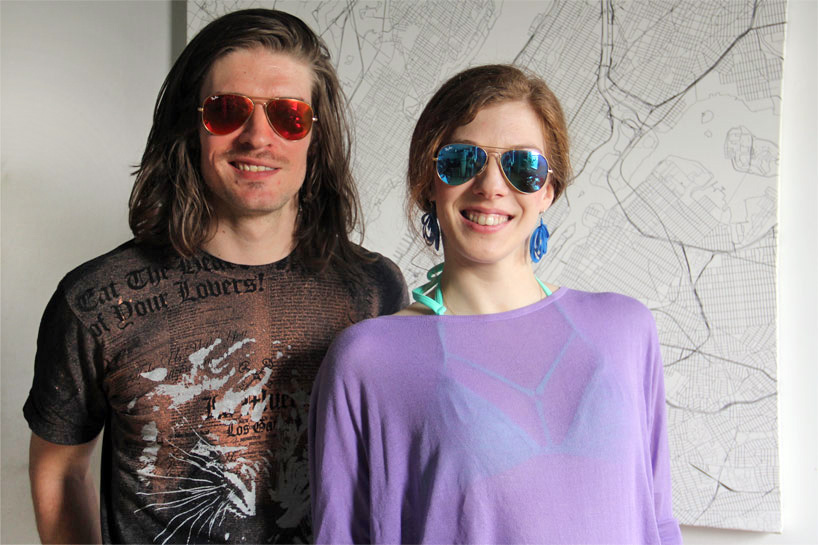 john and lana briscella at their studio in brooklyn
image © designboom 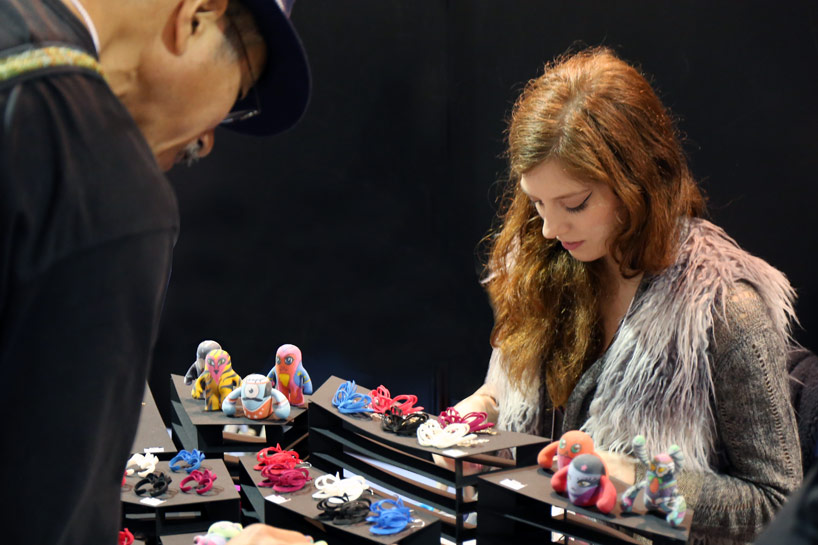 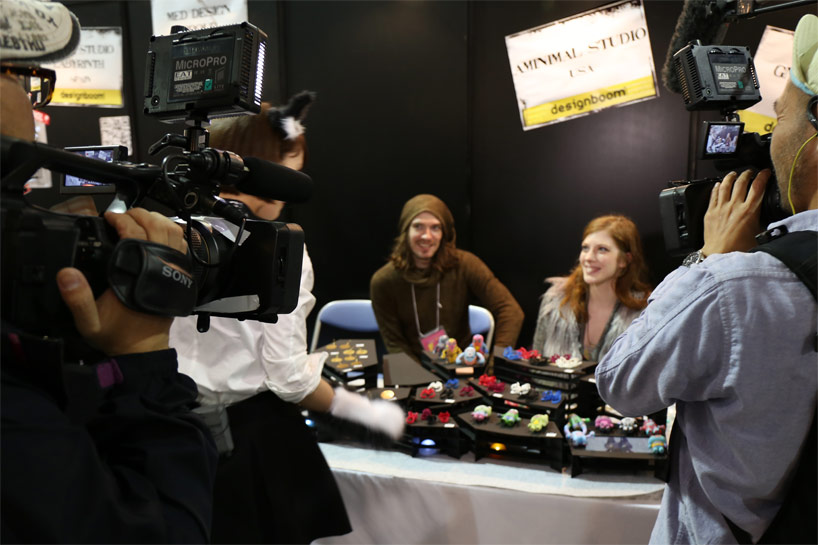 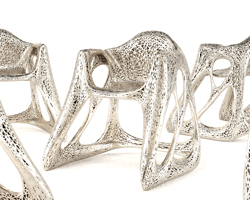 Feb 11, 2017
'laniakea' light by AMINIMAL studio draws from the mysteries of the universe