instagram users can now add a soundtrack to their stories with the app’s latest update. the facebook-owned service announced the addition of music stickers yesterday, allowing users to select individual songs to play in the background of their own photos and videos. 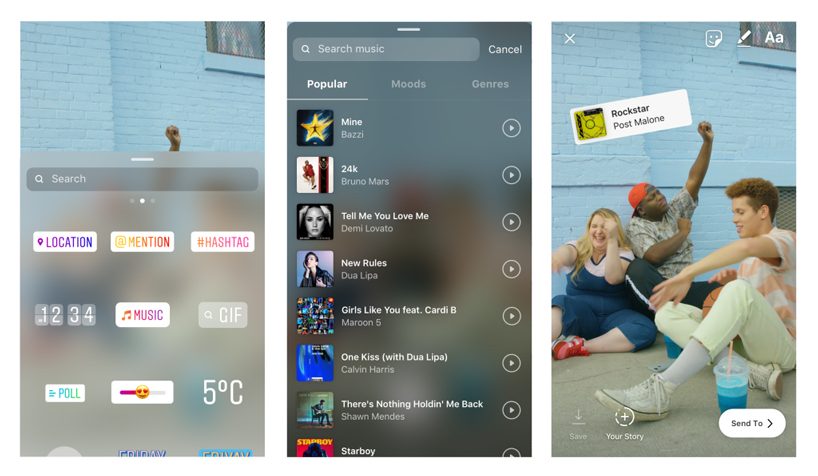 the update is the result of facebook‘s deals with record labels, allowing users to choose from an extensive media library including calvin harris, guns n’ roses and demi lovato, as well as the popularity of people finding their own ways of adding soundtracks. before this feature, people would playing music in another app, or they simply had it playing in the background. to use the new feature, update the app and tap the music sticker from the swipe up menu after taking a photo or video. then swipe through a library of songs and select your favourite sound, including the specific part.