microphones are rarely made with design and functionality in mind. instamic wants to change by creating one for capturing everyday sounds with production level audio for home video filmmakers and top tier sound designers in mind. it is standalone high quality small form recorder which includes a quick release clip for multiple mounting options. there is no need for cables because it uses the latest bluetooth technology to connect to it’s companion app where users can control remotely and simultaneously record with up to seven instamics. 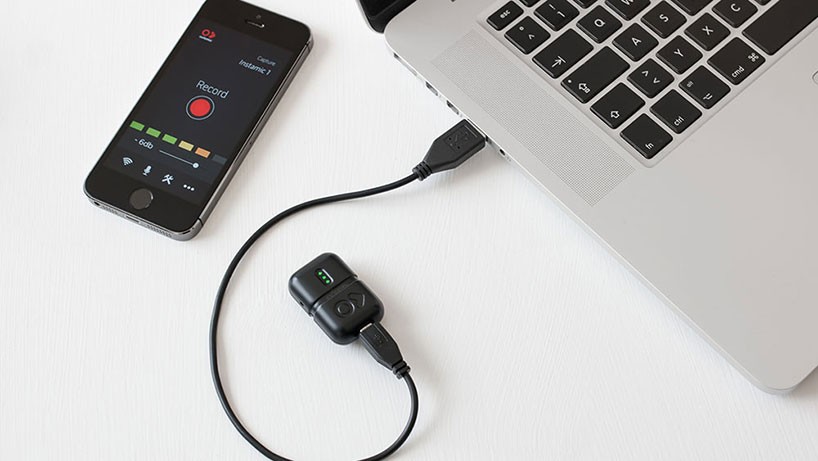 using MEMS technology, instamic can record 48 KHz/24 bit uncompressed audio in mono or stereo and stores it on it’s 2GB or 8GB internal memory. a waterproof USB 2.0 connector charges it for up to fours hours of recording time. the size of a small SD card, and weighing 16 grams, the instamic is made of polycarbonate and is capable of withstanding the toughest conditions as well as water as deep as five meters. designboom caught up with instamic’s inventor michele baggio to answer a couple of questions. 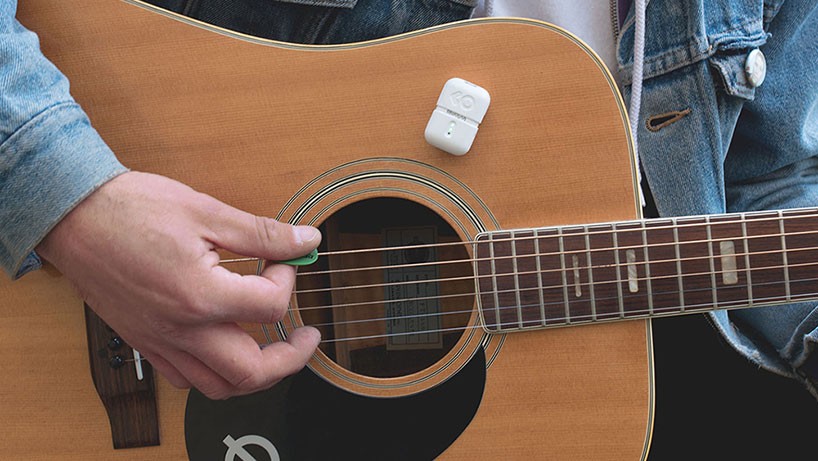 it includes a quick release clip for multiple mounting options

designboom (DB): What originally made you want to create the ‘instamic’?

michele baggio (MB): i’m a videomaker and my main goal is trying to capture life’s senses through film. documentary work involves a beautiful voyeurism–the pleasure of observation, the privilege to record without imposing. behind the camera, you watch the scene unfold. i can watch it unfold for hours.But the trick is capturing it. i’ve been on many shoots weighed down by equipment. this is unavoidable for bigger productions, but what about life’s subtler moments? how, as an elephant, do I remain unseen to the mouse? i needed a way to become smaller — to push heavy equipment to the background — so i started with sound. i dreamt about a tiny device capturing life’s textures so often lost between the recorder and the scene. i started thinking about instamic many years ago. i wanted to feel free to film, moving around, get different perspectives without losing quality sound. every time you turn a camera on, the subject’s behavior changes, so it was important to design a small mic able to record and – most important – easy to hide.

MB: i worked for many years as a sound engineer before switching to videography. one of the many issues i faced in both jobs were wearability and reliability. since we began designing instamic, the goal was to go smaller without limiting audio quality and simplify every part to avoid breaks. so we started from the most perfect shaped object in the world – the egg. but an egg-shaped mic won’t work as a wearable, and had to retool into the rectangular shape. however, we kept that general egg idea in mind, striving for a 3:2:1 proportion. we squeezed components inside those dimensions – PCB, mics, electronics, and battery – and added a robust quick release clip. all instamics include a magnet, tape, and velcro for maximum utility. wearability means versatility, and we look forward to our customer’s suggestions for more mounting options. last but not least, it was important that the mic could be easily hidden. in fact, we’re designing mic covers with different fabrics and textures that will make instamic blend into any background. just remember where you put it! 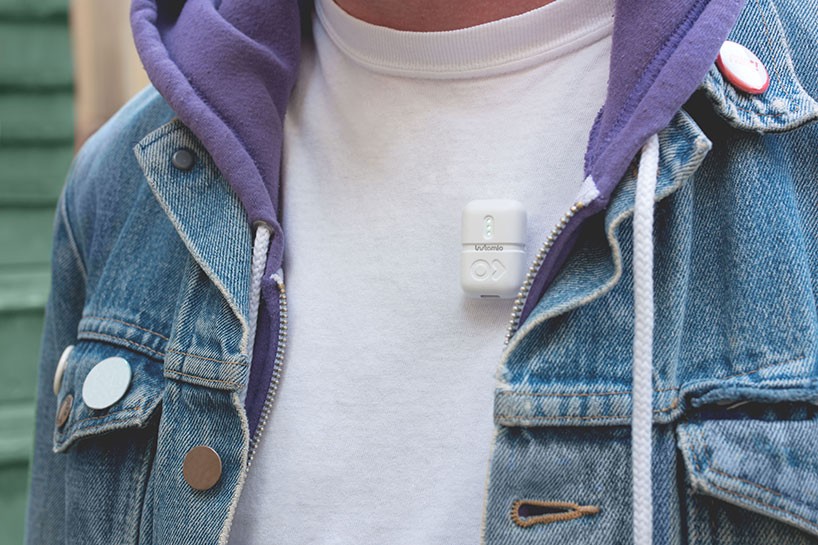 the instamic is made of polycarbonate

DB: who / what has been the biggest influence in creating the ‘instamic’ ?

MB: mostly my field experience. it’s frustrating when you can’t capture the sound you’re looking for when heavy equipment weighs you down or because of time constraints. the most interesting and meaningful moments happen suddenly, and you have to be ready. quality was also a big motivator. i’m a sound nerd, and i would never design something that didn’t produce the best sound. the first time i listened to an instamic recording, it blew my mind! i was so impressed with a simple mono track that I decided to put in more mics and add more more modes (including stereo) that we’re testing now. 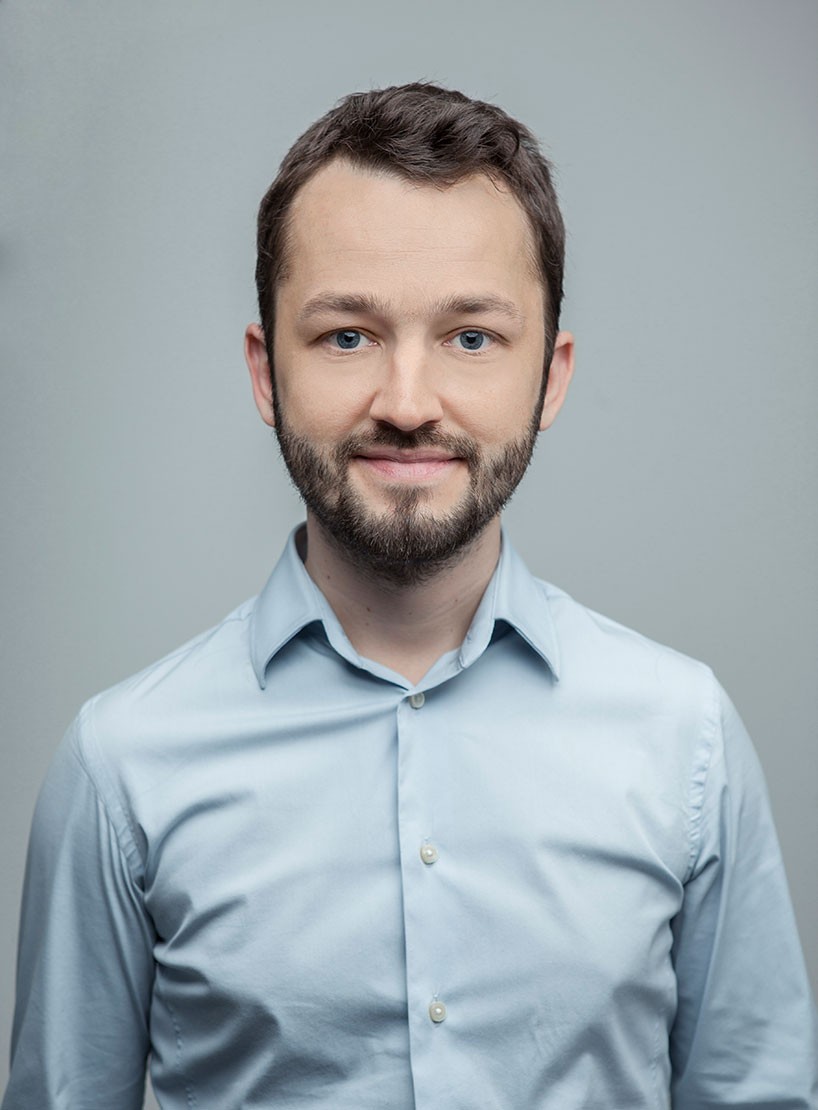 DB: what are you currently interested in and how is it feeding into your design?

MB: real customer feedback through testing is key. they’re the ones that will tell us how to make instamic better based on their needs. instamic exists to enable people to get creative and discover new ways to record, and we can’t wait to hear what our first customers discover with instamic.

with a chance to purchase, instamic just started a funding campaign to bring to market very soon. 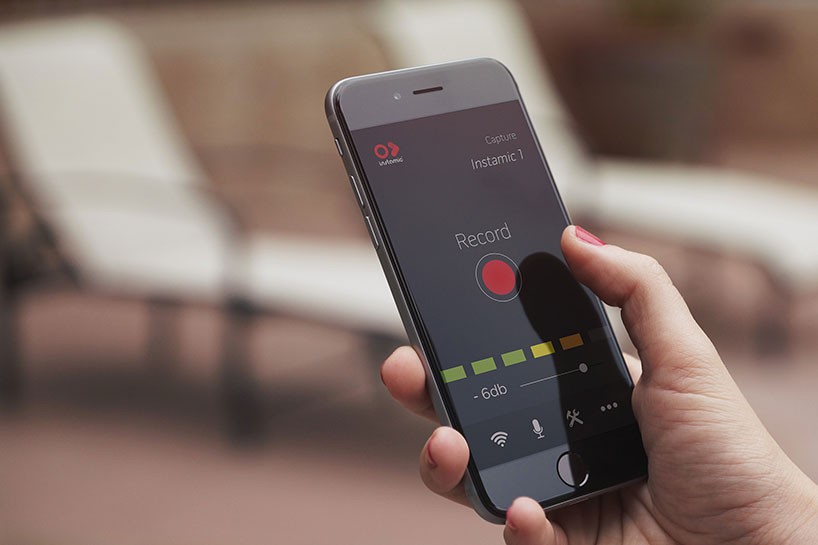 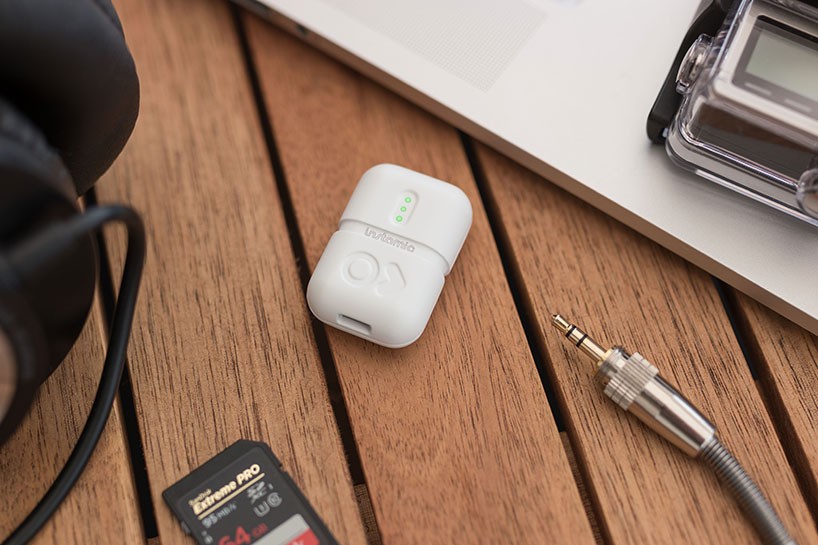 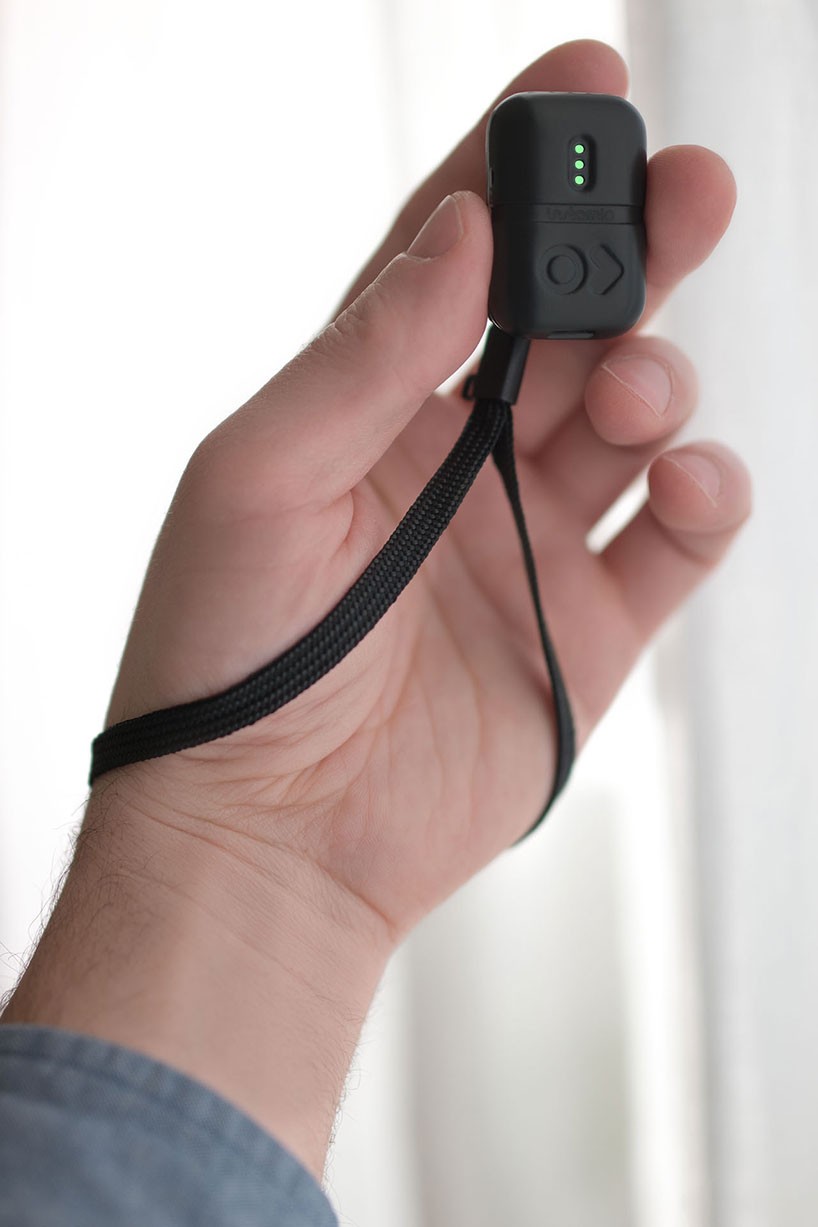