intel ‘nikiski’ laptop prototype, on exhibition at CES 2012 image courtesy of the verge

the ‘nikiski’ laptop prototype by intel, on display at CES 2012, features a transparent touchpad that doubles as a screen when the device is closed. originally previewed at computex 2011, the device is one of intel’s new ‘ultrabook’ concepts, the company’s specification for devices measuring under 20mm thick, 1.4-kg in weight, with a minimum of five hours’ battery life, and utilizing an ivy bridge CPU.

the laptop design centers on a clear touchpad that runs along the base of the keyboard (automatically distinguishing between use of the section as an input device versus a palmrest). when closed, the glass– visible through a cutaway panel– converts to a transparent touchscreen that utilizes a custom metro interface to display one to two rows of tiles, which users can click to access calendar, e-mail, facebook, or web browser functionality, or check on time, network, and power settings without opening the device. any function in use is automatically if the laptop is opened.

company representatives state that a partnership between intel and nuance, developers of natural speaking technology, will bring voice recognition technology to the device, which if produced would be aiming for a price point below 600 USD. 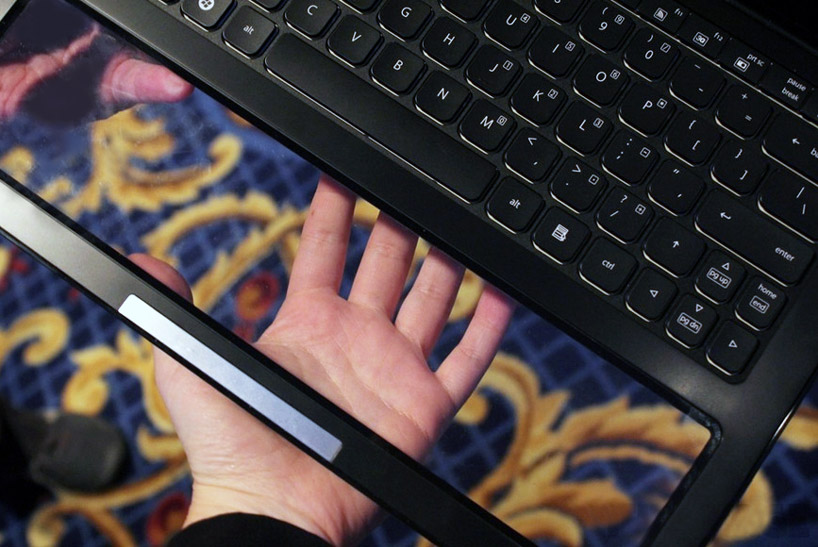 view of the transparent glass screen, serving as touchpad or palmrest when the laptop is open and touchscreen when closed image courtesy of the verge 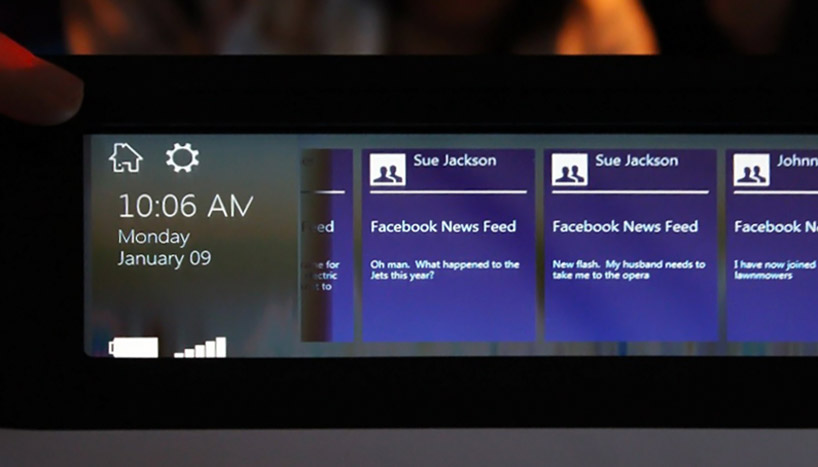 view of the metro tiles interface used by the device, here showcasing the facebook news feed image courtesy of the verge